In a move that continues Legion M’s crowd-funding disruption, the fan-funded entertainment company announced its Regulation A+ round of equity crowdfunding has been qualified by the U.S. Securities & Exchange Commission. Last year the company completed a sold-out Regulation CF offering that made JOBS Act history and united over 3,100 passionate fans as shareholders of the company. Today, Legion M builds on that success and opens its doors to a new round of investors under Regulation A+(often described as a mini IPO), which allows companies to raise funds in the 8-figure range from non-accredited investors.

“We could not be prouder of the rapid progress we’ve made this past year, supported by our passionate legion of shareholders,” said Paul Scanlan, co-founder of Legion M. “Our energized and engaged shareholders are what sets us apart and enables us to be a disruptive force in the entertainment industry. As we launch our next round of funding, we’re excited to join forces with new fans and expand on our exciting slate of projects.”

“This is a historic moment for fans,” says co-founder Jeff Annison. “Before the JOBS Act, this is the sort of opportunity that was only available for wealthiest few percent of the population. After a sold-out round last year, we’ve seen first-hand the power of a fan-owned company. Now we’re excited to open the gates of Hollywood and welcome a new round of investors as co-owners of the world’s first fan-owned entertainment company.”

The opening share price is $7.47 with a minimum raise of $500K. The minimum investment is $100. Details can be found at www.wefunder.com/legionm. 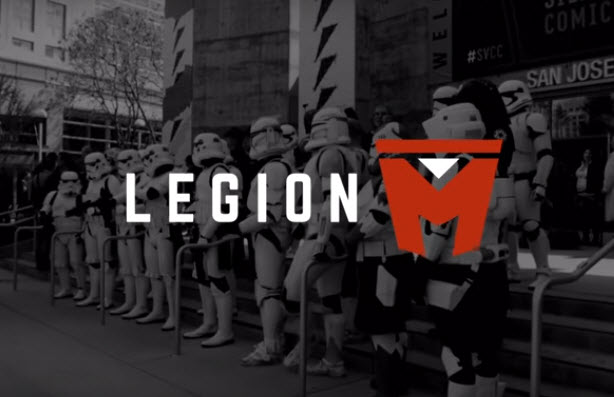 Investments now being accepted on Wefunder

YOU SHOULD READ THE OFFERING CIRCULAR BEFORE MAKING ANY INVESTMENT.