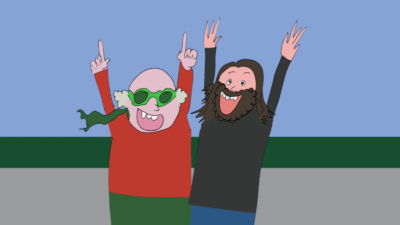 This year TENACIOUS D will take the main stage with Colin Hanks.

Travel high above the mucky-muck when Jack Black and Kyle Gass from Tenacious Dtake charge of the Main Stage Friday night! They’ll be doing a 30-minute Q&A, hosted by Colin Hanks, about their new animated series, Post-Apocalypto, a 6-part animated YouTube series, followed by a screening. Each frame of every episode was hand-drawn by Black himself, with every character voiced by Black and Gass. 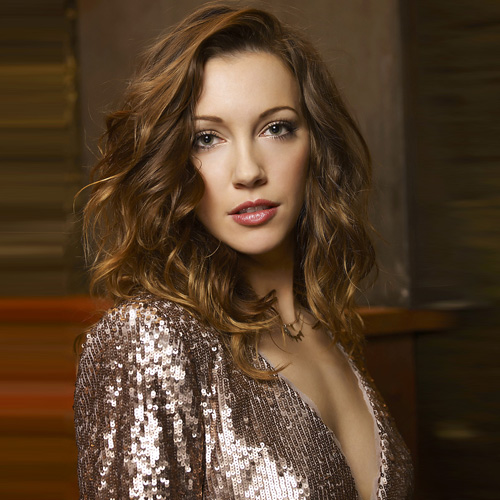 We’re screaming with excitement to have Katie Cassidy on Saturday for a panel on the Main Stage, signings, and photo ops! Make sure you don’t miss out on meeting the actress behind fan favorite characters on Arrow, The Flash, and Supernatural. 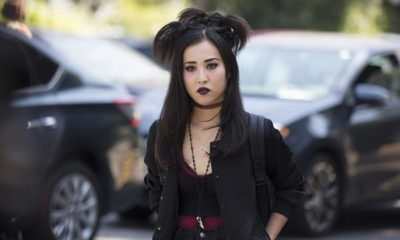 Skottie Young will be joining   L.A. Comic Con all day on Friday and Saturday! He’s best known for illustrating and writing fan-favorite characters including Spider-Man, Avengers, Deadpool, Guardians of the Galaxy, Magneto, the X-Men, and much more!

Chris Burnham is the best-selling artist of BATMAN INCORPORATED and has drawn more Batman issues with Grant Morrison than anyone else, which, mathematically speaking, makes him a better Batman artist than Frank Quitely and J.H. Williams III combined. He will be there all 3 days!

Ryan Ottley is best known as the artist on the long-running Image/Skybound title, INVINCIBLE, and will be doing signings all day on Friday, Saturday and Sunday of L.A. Comic Con!

Ryan Stegman is the artist of VENOM. Some (Ryan) have called VENOM “the greatest comic book of all time, better than WATCHMEN!” He is also a Marvel Young Gun (Emeritus), and will be participating all 3 days of L.A. Comic Con!

Too many more exciting guests to mention.

To get your tickets today!