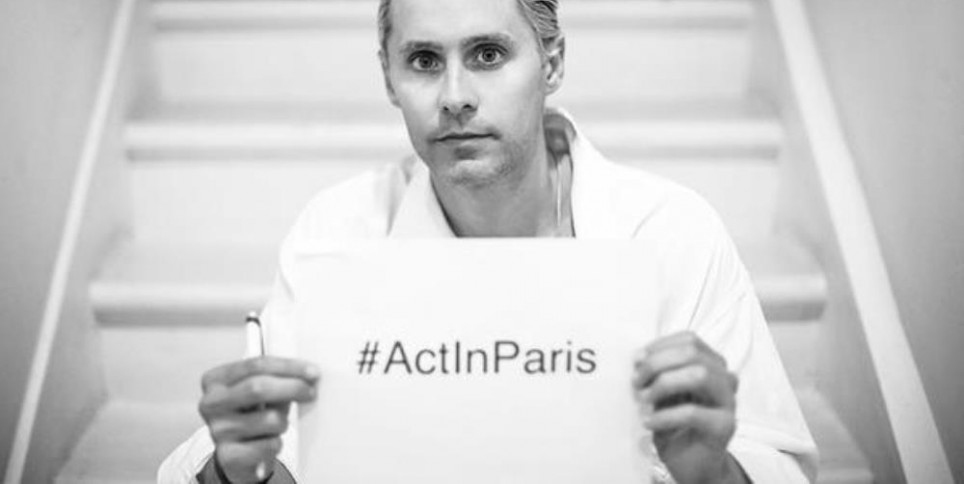 Today the Sierra Club, the Environmental Media Association (EMA), and RYOT launched the first-ever virtual reality climate change PSA, viewable on the RYOT-VR mobile app, Facebook Spherical, and YouTube 360. The immersive experience, narrated by  Jared Leto, catapults viewers into the heart of the Arctic to explore frontline communities, melting glaciers, and experience the effects of climate change using new technology, in a way never experienced before.

“It is literally altering the face of the earth and displacing communities. I hope world leaders recognize that people around the globe want and need them to step up and work together starting at the UN Climate Summit and beyond, to fight the climate crisis. Humanity depends on it.”-said Academy Award-winning actor Jared Leto.

The video, which is being released just two months shy of the international climate negotiations in Paris, aims to not only highlight the devastating effects of climate change but to urge world leaders to take meaningful action on climate. The upcoming negotiations, commonly called COP21, will bring together 195 nations in an effort to produce the world’s first unifying agreement to stop climate disruption.

“The climate negotiations present a unique opportunity to take on the climate crisis and take action for a strong and just clean energy economy,” said Michael Brune, the Sierra Club’s executive director. “As the momentum has continued to accelerate toward this moment, we’ve seen unprecedented climate action from not only the world’s biggest economies but the grassroots activists who are driving the change. Supporters from the entertainment industry like Jared Leto are stepping up to help show that this is not just a political issue, it’s a cultural and humanitarian issue. We need people everywhere around the globe to join the movement and call on their leaders to Act In Paris.”

“To us, this is by far the most exciting use case for virtual reality technology,” said Molly Swenson, C.O.O. of RYOT and an Executive Producer of the film. “When you’re standing in the middle of a glacial ice cave, watching and hearing it melt rapidly from the inside out, you not only understand that climate change is real, but you feel compelled to do everything you can to halt and reverse it. VR is the best tool we’ve found for turning passive viewers into active participants.”

“At EMA we are always looking for cutting ways to tell the story of today’s environmental issues to the public. With this incredible VR piece we have found the perfect project to reach people that may not grasp the true impact climate change has had on our glaciers,” said K. Asher Levin, EMA’s Director of Business Development.

The video is available to view by downloading the RYOT-VR iOS app from the App Store, or on YouTube 360 and Facebook:

About the Sierra Club

The Sierra Club is America’s largest and most influential grassroots environmental organization, with more than 2.4 million members and supporters. In addition to helping people from all backgrounds explore nature and our outdoor heritage, the Sierra Club works to promote clean energy, safeguard the health of our communities, protect wildlife, and preserve our remaining wild places through grassroots activism, public education, lobbying, and legal action. For more information, visit www.sierraclub.org.

RYOT is a media company based in Los Angeles, and is the leading Virtual Reality production studio for nonprofit storytelling. RYOT’s VR films have been viewed over half a million times and been covered in over 300 press publications including NPR, New York Times, re/code, Bloomberg TV and BBC.

About the Environmental Media Association

The Environmental Media Association (EMA) is a Non-Profit 501(c)3 Organization founded in 1989 by Cindy and Alan Horn and Lyn and Norman Lear. EMA is dedicated to harnessing the power of celebrity and the media to promote sustainable lifestyles and believes through positive role modeling the entertainment community can inspire consumers to take action. The organization has grown into a diverse group of industry professionals from film, television and music dedicated to the mission of promoting environmental awareness through the entertainment business and the media. EMA serves as a valuable link between the entertainment industry and the environmental community. Visit us at online at www.ema-online.org and www.facebook.com/EMAOnline, Instagram @green4ema and Twitter @green4ema.