On Sunday night, October 15th the multitalented Marcus Anderson hit gold with the audience as he shimmied and shook all over the stage while he blew his sax and flute and purred soulful… sensual vocals. 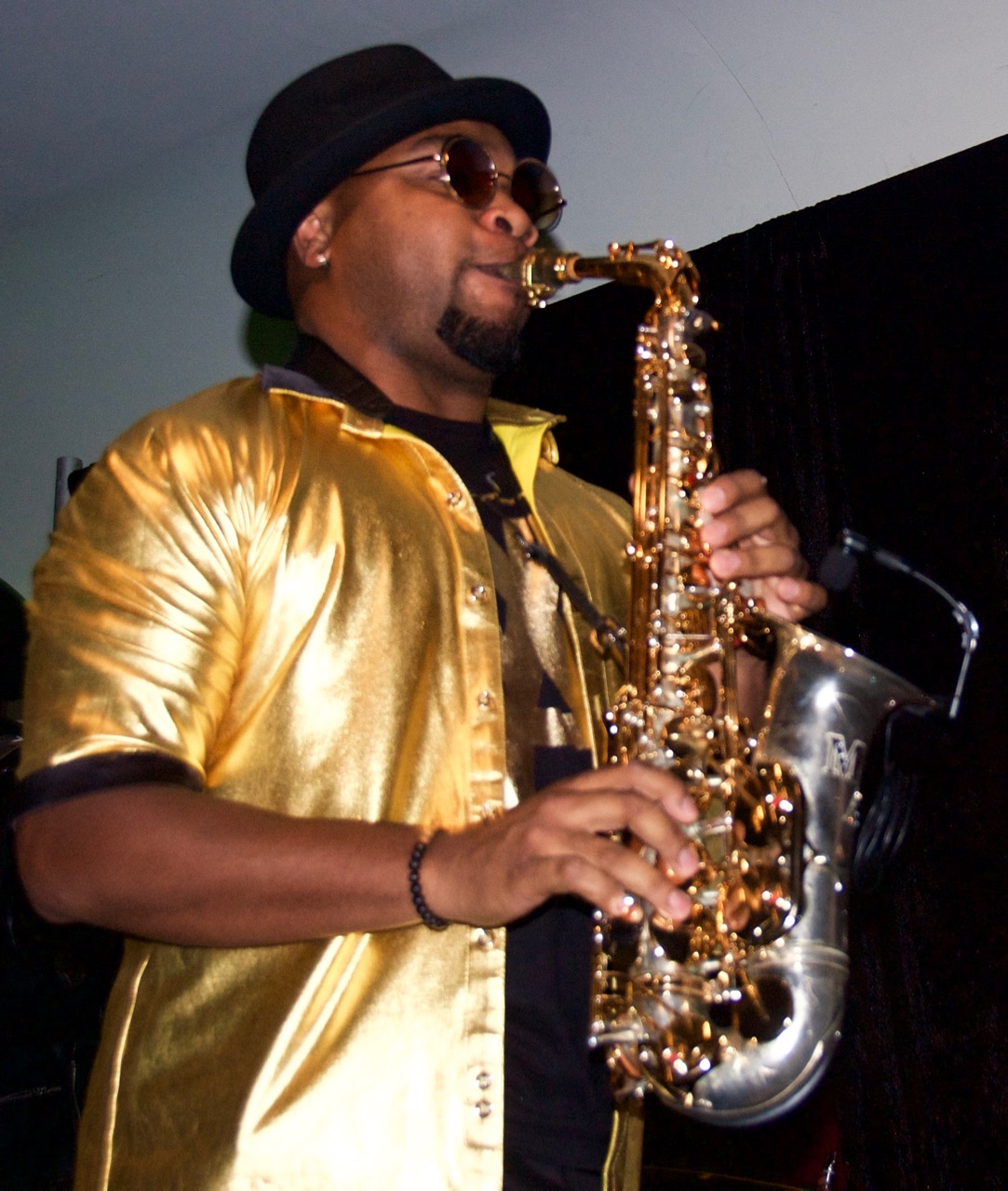 A consummate superlative showman, Anderson used the stage as if he was performing in a huge arena… razzling and dazzling the crowd with lightning fast fancy footwork as he slid left to right across the stage.

No wonder Marcus Anderson’s talents have been called upon by so many top-notch Artists. 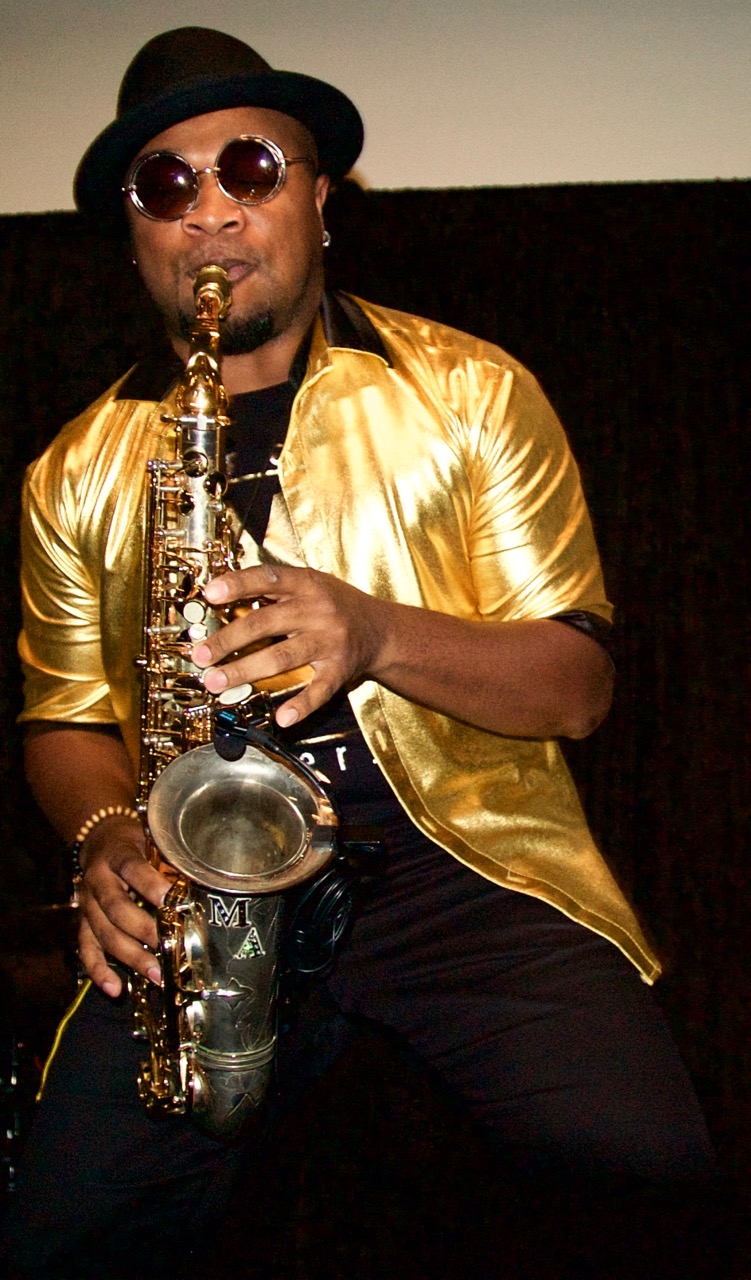 “I’ve toured with so many great Artists like Sheila E., Celo Green, and the late Prince who I toured and recorded with from 2012- 2016, Marcus commented.

This is his actual band from North Carolina and Marcus told me on our Facebook Live interview, “We decided to bring them out to the West Coast. This is our second performance out here.”

“We’re here to rock out and bring the East Coast to the West Coast.” 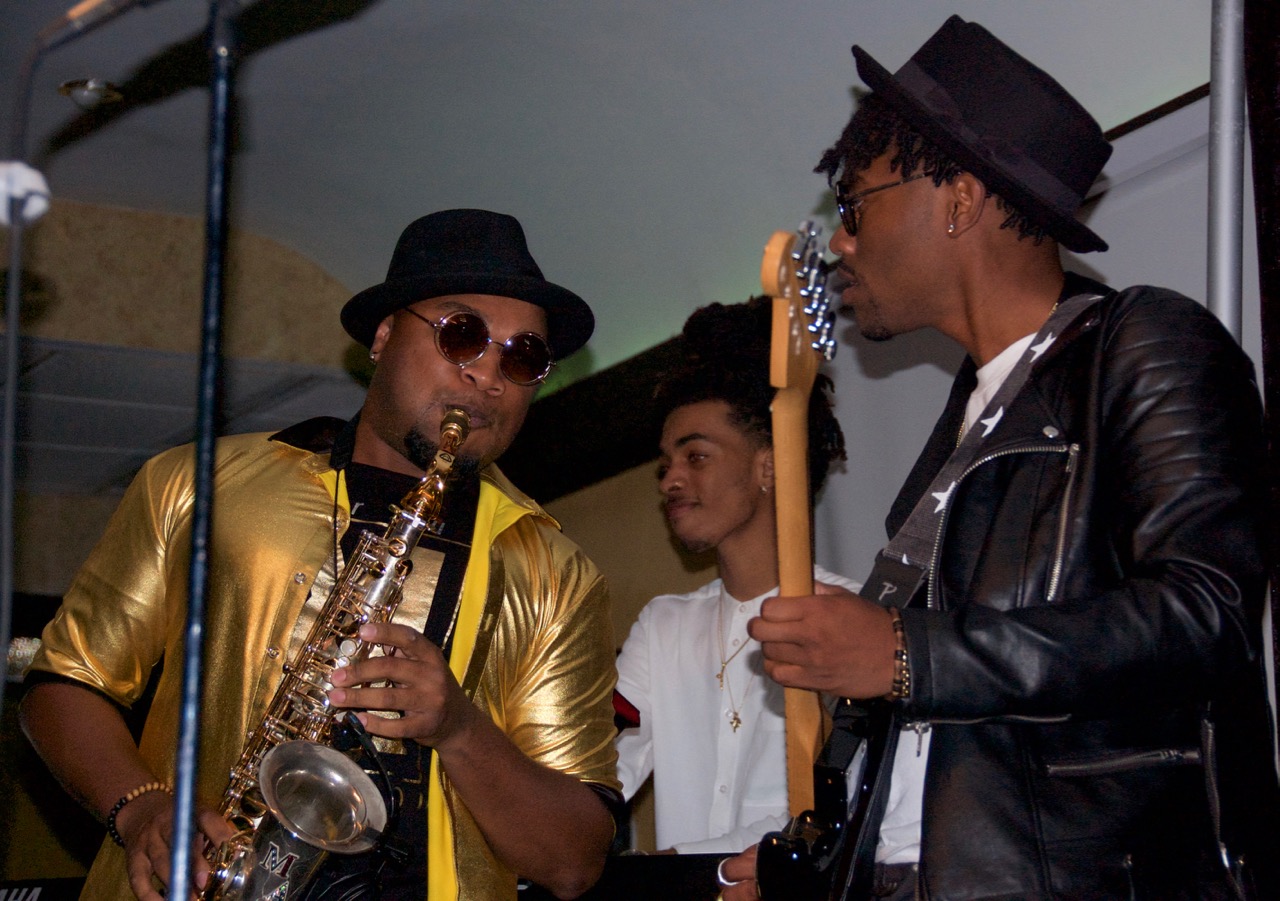 Performing songs from his newest CD, “Limited Edition” and other well known Anderson tunes, like “Cup of Joe… Marcus also entertained everyone by doing a passionate tribute set to his late friend, Prince. His outstanding band provided a weighty and dominant backdrop to all the music from cool cruising on the keys, to the flavorful funk whirling dervish on the guitar, to the collision course banging on the drums, to deep dancing thwacking on the bass.  The band members were Nile Hargrove, keys, Jermone Randall, bass, Paco Black, guitar, and Demetrice Everett, drums. 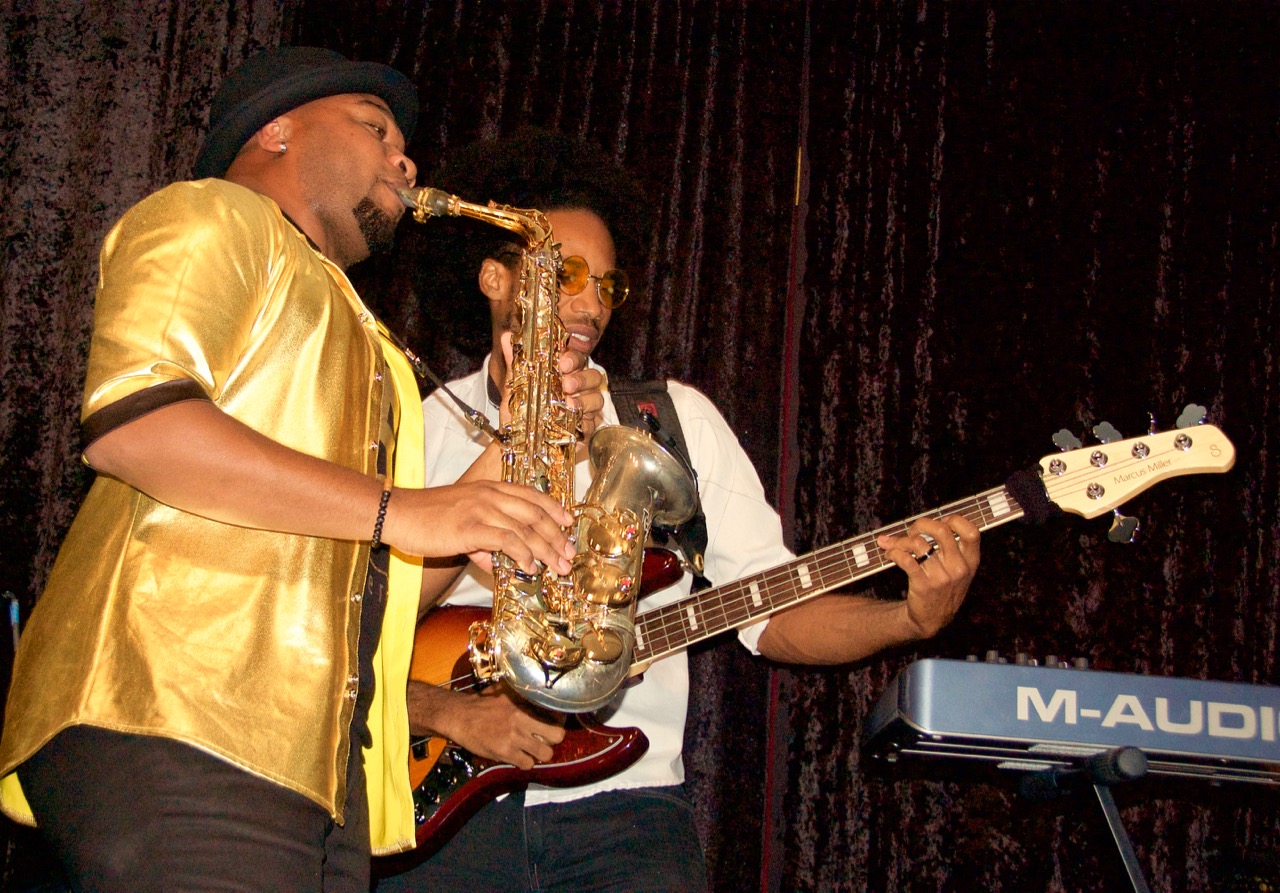 Paying tribute to the ladies in the audience, Marcus Anderson brought out a bouquet of roses then zoomed around handing them out to 12 lucky women. Of course, he was wailing on his sax at the same time. He was casting a magical spell over the crowd. When I asked Marcus Anderson what was the difference between the East Coast and West Coast smooth jazz audiences he replied, ” It’s the same appreciation but the West Coast people really listen to the music out here. They are like smooth jazz lovers. We call ourselves the groovers back home, but you are the movers right here.” As if the audience knew what Marcus Anderson had said, the movers stood up and danced like crazy at the Mediterranean Jazz and Supper Club last night. 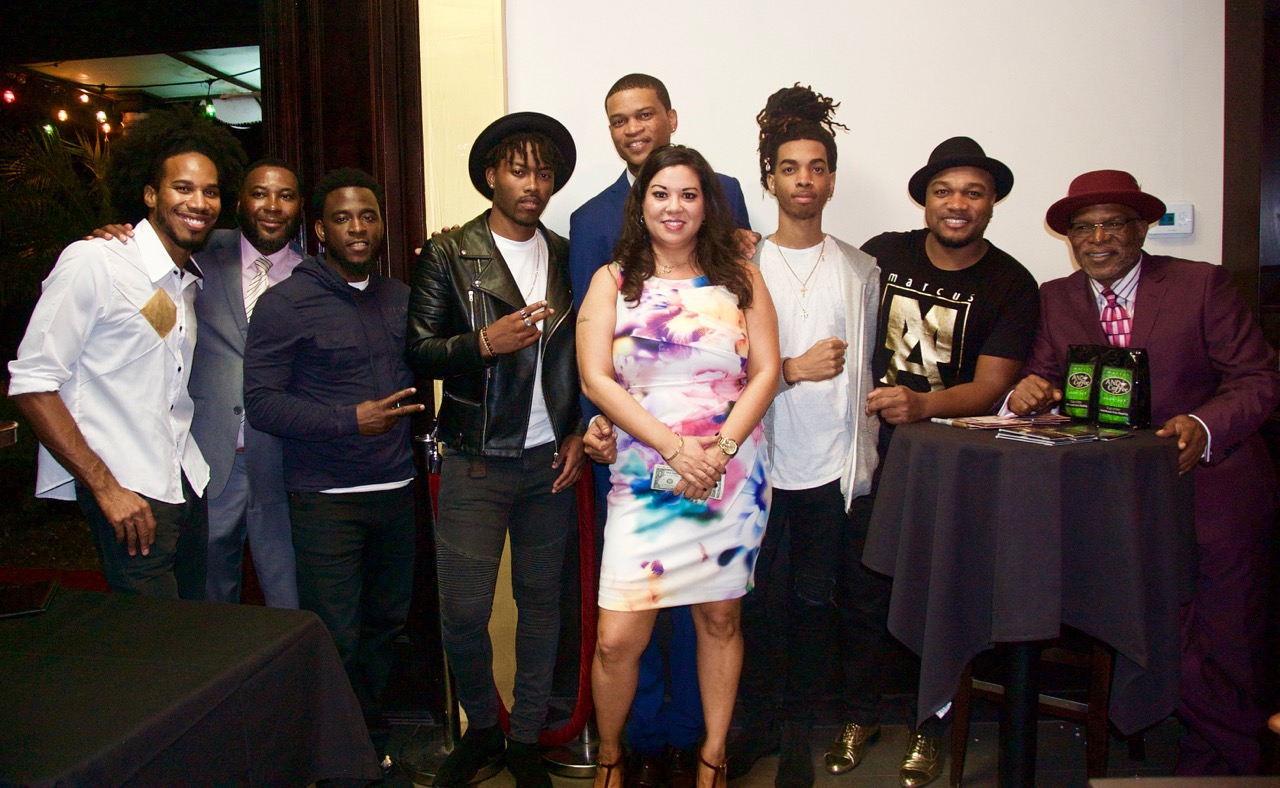 What a delightful venue to hear live music in San Diego. It’s worth stopping by to enjoy some of your favorite smooth jazz artists. Chase LiveMuzic Duvell and staff work hard to make Sunday night’s Smooth Jazz Concerts a hub for music lovers.

For more information regarding Marcus Anderson go to: http://www.marcusanderson.net/https://www.reverbnation.com/marcusanderson

For more information regarding Mediterranean Jazz and Supper Club go to: https://www.facebook.com/jazzandsupperclub/\