Trapped in a seedy and illegal fight club, one woman’s only chance for escape is to win a gruesome brawl against the one person she refuses to harm. 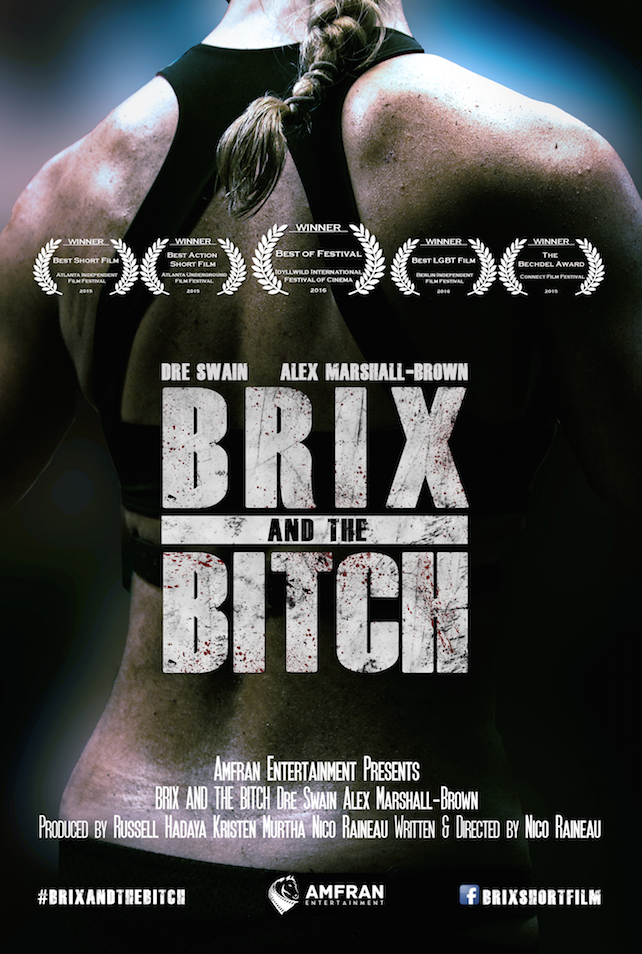 Dre Swain (Bitch) is known for Nickelodeon’s iCarly, Sam & Cat and Game Shakers, as well as shows on TNT and NBC. She recently won numerous awards for her role in Nico Raineau’s Brix and the Bitch, including ‘Breakout Female Action Performer of the Year,’ and tying with Oscar winner Melissa Leo for ‘Best Actress in a Short Film.’ Co-star Alex Marshall-Brown (Brix) is a Los Angeles based actress & stuntwoman.  Career highlights include performances as the unexpectedly strong Pepper in New Girl, as well as pyrotechnic stunts for The Hateful Eight.  David Carey Foster’s (Big Top) recent television credits include Grey’s Anatomy, NCIS, The Mentalist, and Dexter. He also had a role in the recently-released comedy, Get A Job, starring Bryan Cranston, Miles Teller, and Anna Kendrick.

Nico Raineau is an award winning filmmaker whose career in film began as the director’s assistant to Ben Affleck on the Warner Bros. film The Town. He then transitioned to creative development for companies such as Jinks/Cohen and Team Downey. An outspoken Feminist Filmmaker, Raineau was also a finalist for the 2016 #TheFWord video contest and was a panellist at the Phoenix Film Festival. He is also the owner of Amfran Entertainment, a production company based in Los Angeles California.

Short Film "BEHIND THE WALL "- Review