International musician and TEDx speaker, Daniel Tyler Pohnke, on July 10th, will present a unique interactive, cross-cultural theatrical experience that utilizes music, dance, multi-media, Kirtan and healing meditations as transformational tools to deeply affect people’s lives.  The goal for Creating a Brave New World is to invoke the greatness in each and every one of us.  It will help you ask yourself, “What would my Brave New World look like if I were to be living fully and totally engaging in my own power and special expression?” 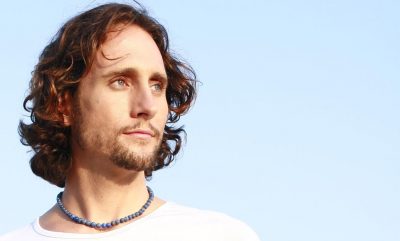 Daniel Tyler Pohnke believes that when we are empowered and fulfilled as individuals, the walls of separation and competition fall, and we are able to support and collaborate with each other.

Daniel welcomes the audience to go on their own spiritual odyssey and gain four key benefits from attending the show: 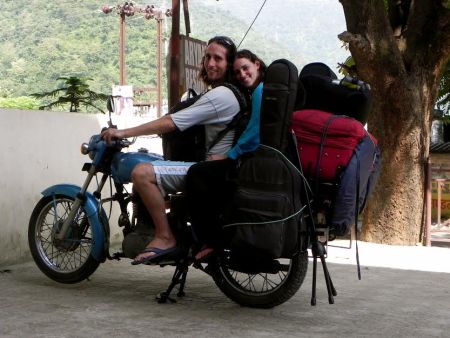 Daniel Tyler Pohnke and his Israeli born wife, Mai Segev Pohnke have spent seven years in Southeast Asia (India, Thailand, Nepal, Cambodia, and Hong Kong) and the Middle East (Israel and Egypt) performing the Brave New World concert. The album, Brave New World – Time Is Now! took four and half years to complete as each song was recorded with an extraordinary set of international musicians and arranged by different record producers. The styles of music are multi-dimensional and distinct…A-Capella, Electronica, Classical Indian, Rock, Reggae, Indian Folk and Orchestral.  The album can be listened to here at: http://www.bnwshow.com

Where can one go and receive a theatrical experience that not only thoroughly entertains, but also provides a platform for change?

Within this last year, Daniel and Mai Pohnke decided to return to the United States.  He and Mai met in the village of Rishikesh, India, both seeking their own personal spiritual journey.   Daniel remembers, “After I completed the song, Brave New World, I stood up and closed my eyes and I saw this vision of a sea of people all cheering with their hands in the air…it wasn’t like this rock star dream… each and every one of these people were living their life to the fullest.  They were gesturing their own power, their own expression, their own unique character.  When Mai came over the that night, I played her the song and she had the same vision.”  The songs then became the couple’s mission. 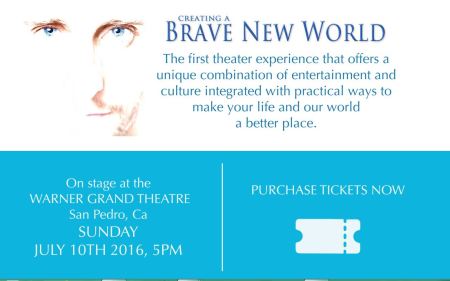 Through the production of the album, Brave New World – Time Is Now!, they thought about how music could act as a trigger to create change in people’s lives.  So along with using healing frequencies (528th and 432h), they developed the Brave New World ToolBox, a self -development program of daily actions that uses the songs as anchors for empowerment.  From there the concept for Creating a Brave New World was born.  “It’s a very creative and immersive way to bring Empowering Entertainment that encompasses all that we do – music, dance, different cultures, meditation, multimedia and practical techniques anyone can use to attain a better life.  When you are happier, that ripples out into the world and affects others as well,” Daniel explains.

Tickets can be bought at:

A Brave New World Tool Box along with the album is a self- empowerment program that anchors techniques with music: http://www.fullmoonrisingmusic.com/bnwtoolbox.html

For scheduling interviews for Daniel Tyler Pohnke with the media, please contact: