THE GRINDER – Court is in session 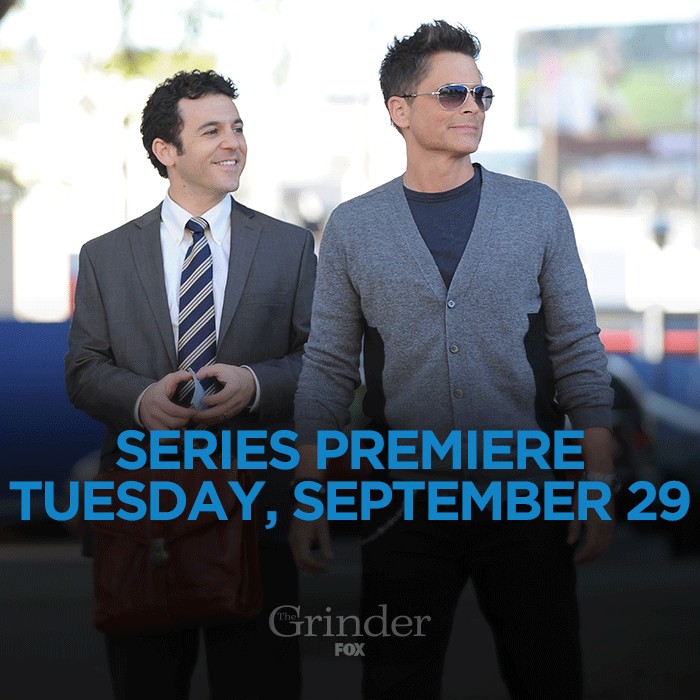 Standing center stage, Emmy Award winning actor Rob Lowe, looked ageless as he introduced the cast and showed off his sense of humor at the Fox screening of The Grinder at the Soho House in West Hollywood on June 30.  (who knew there was such an elaborate screening room on the top floor)

The Grinder is a single-camera comedy created by Andrew Mogel, Jarrad Paul and Nick Stoller (The Neighbors, Get Him to the Greek, Forgetting Sarah Marshall). The comedy reunites Mogel and Paul (D Train. Allen Gregory) as writers with Jake Kasdan (New Girl’s) directing. Executive producing duties being shared between Mogel, Paul, Stoller, Kasdan and Lowe.

The new comedy series is about actor, Dean Sanderson, Jr. (Lowe), who has played venerated TV lawyer, “The Grinder”, on a long-running legal series of the same name. Dean finds himself at a turning point in his life and career when his hit TV series comes to an end. He decides to move back to his hometown in Boise, Idaho. Dean butts heads with his brother Stewart Sanderson (Savage), who is a real life lawyer and next in line to take over the family law firm. Stewart is now married to Dean’s high school sweetheart Debbie Sanderson (Ellis), and has two children, Lizzie Sanderson (Hayes) and Ethan Sanderson (Kalopis). Although having no practical experience, Dean decides that the knowledge he gained as a TV lawyer now qualifies him to practice law and take over the family business from head of the law firm and father Dean Sanderson Sr (William Devane).

When THT asked Lowe how much more of this type of publicity is in the works, he didn’t hesitate to tell us that “Fred and I will be doing alot of these types of one on ones right away and that we will be presenting at the TCA tour next month”.  Well, The Hollywood Times will be there and will have more words to share with our readers then.

The Grinder is set to air Tuesday, September 29, as part of Fox’s prime-time fall lineup.