GSN, the leader in game shows and competitive entertainment, announced today the premiere of its new original series, STEAMPUNK’D, hosted by Jeannie Mai (“The Real”).  The eight-episode series, which seeks to discover the most talented and versatile steampunk designer in America, will debut on Wednesday, August 19 at 10:00 pm ET/PT (9pm Central) on GSN. It will move to its regular 9:00 pm ET/PT (8pm CT) time period beginning Wednesday, August 26. 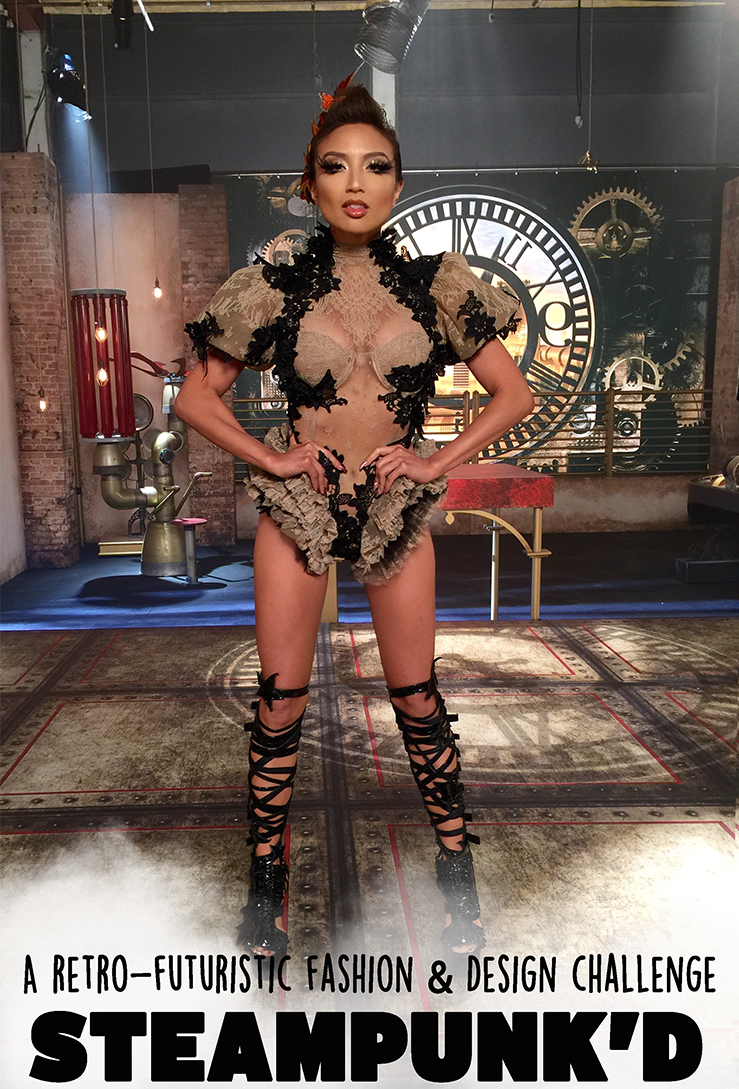 Inspired by 19th century industrial steam-powered machinery, Steampunk is a retro-futuristic design movement seen in everything from fashion, to technology, to pop culture. In STEAMPUNK’D, the contestants (also known as “Makers”) work in teams and compete in a series of pressure-filled challenges designed to test their unique abilities to transform ordinary objects and fashion into creative masterpieces. Each week one of the 10 Makers will be eliminated and the last one standing will take home the $100,000 grand prize.

As each project is completed, the Makers will unveil their work for the judges, including the leading authority on Steampunk, Thomas Willeford; Matt King, creator, writer and director of the series “The World of Steam,” and Kate “Kato” Lambert, the British entrepreneur and founder of the world’s first steampunk clothing company, Steampunk Couture.

The STEAMPUNK’D “Makers’ are: 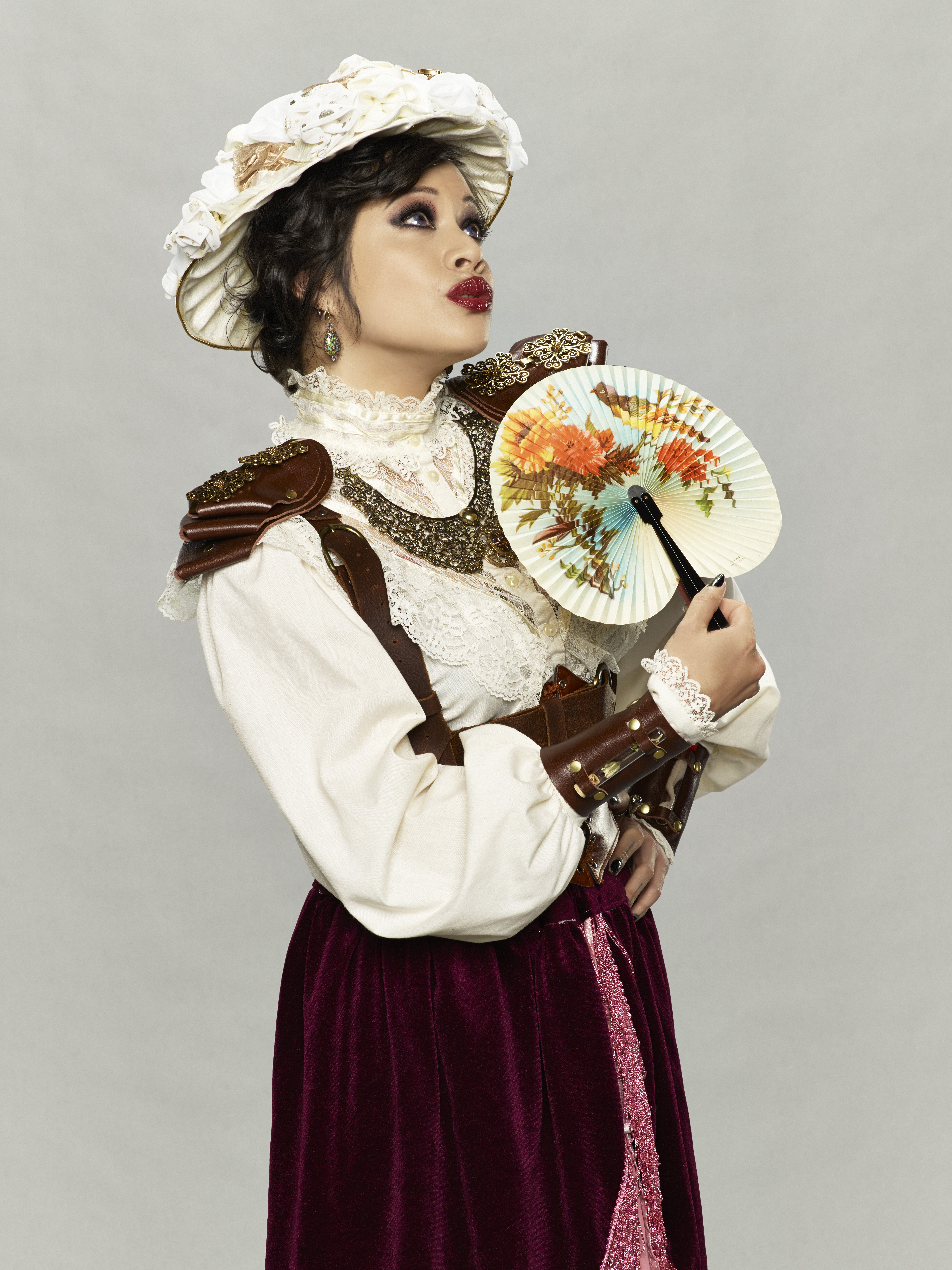 Ave Rose (Culver City, CA) – Known for her moving sculptures & taxidermy wearable art, she has been described as the “Frankenstein of steampunk” for her ability to bring dead creatures to life through motion mechanics. Combining nature and hardware with fantasy, Ave says she wants to show that women can create mechanical marvels as well as amazing fashion. 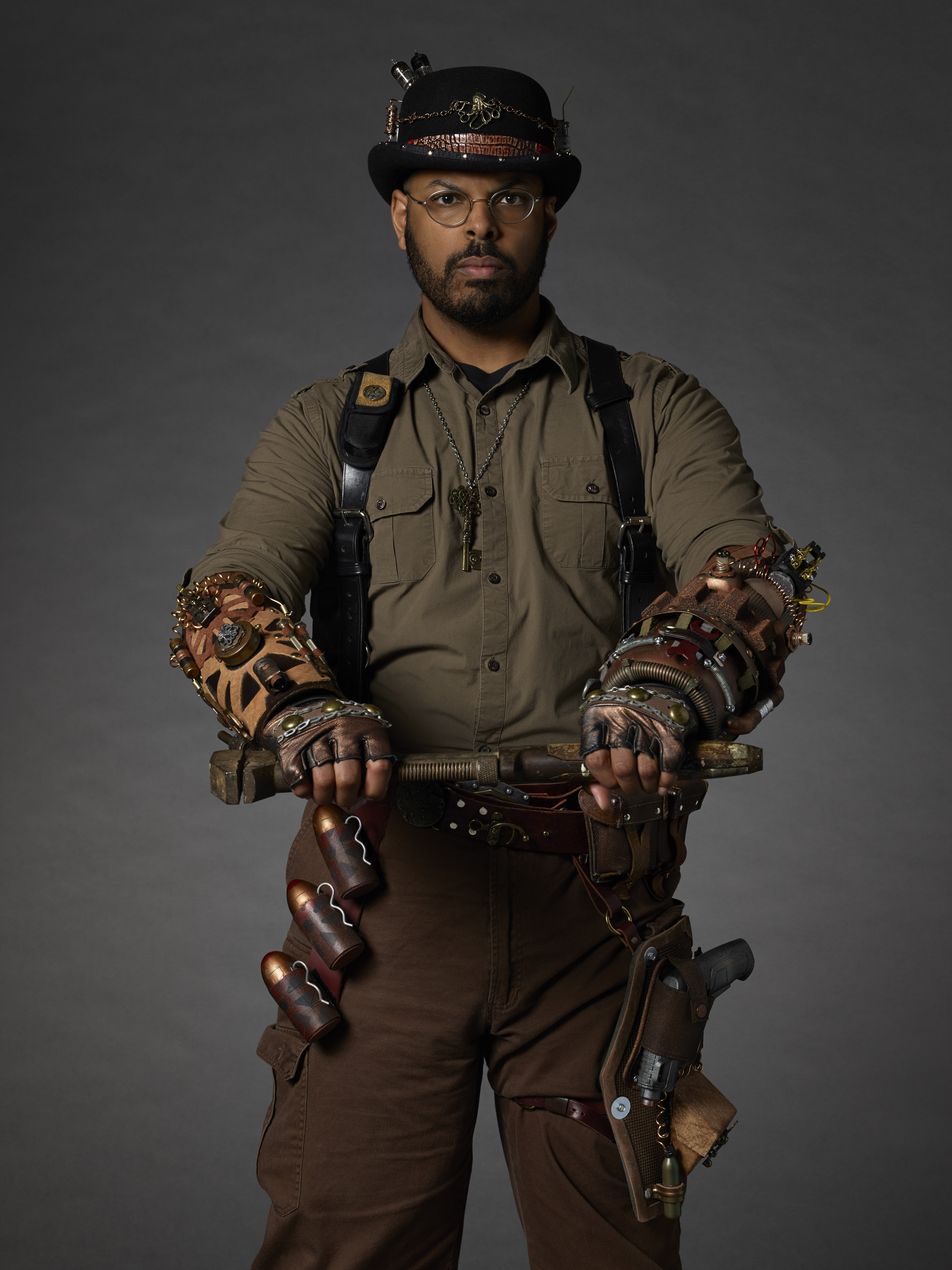 Charles Mason (Hillsboro, OR) – A pastry chef by day, Mason’s steady hand and passion for detail also play into his steampunk designs. Utilizing materials of all kinds including scrap metals and leather, he enjoys repurposing masks, props and armor. 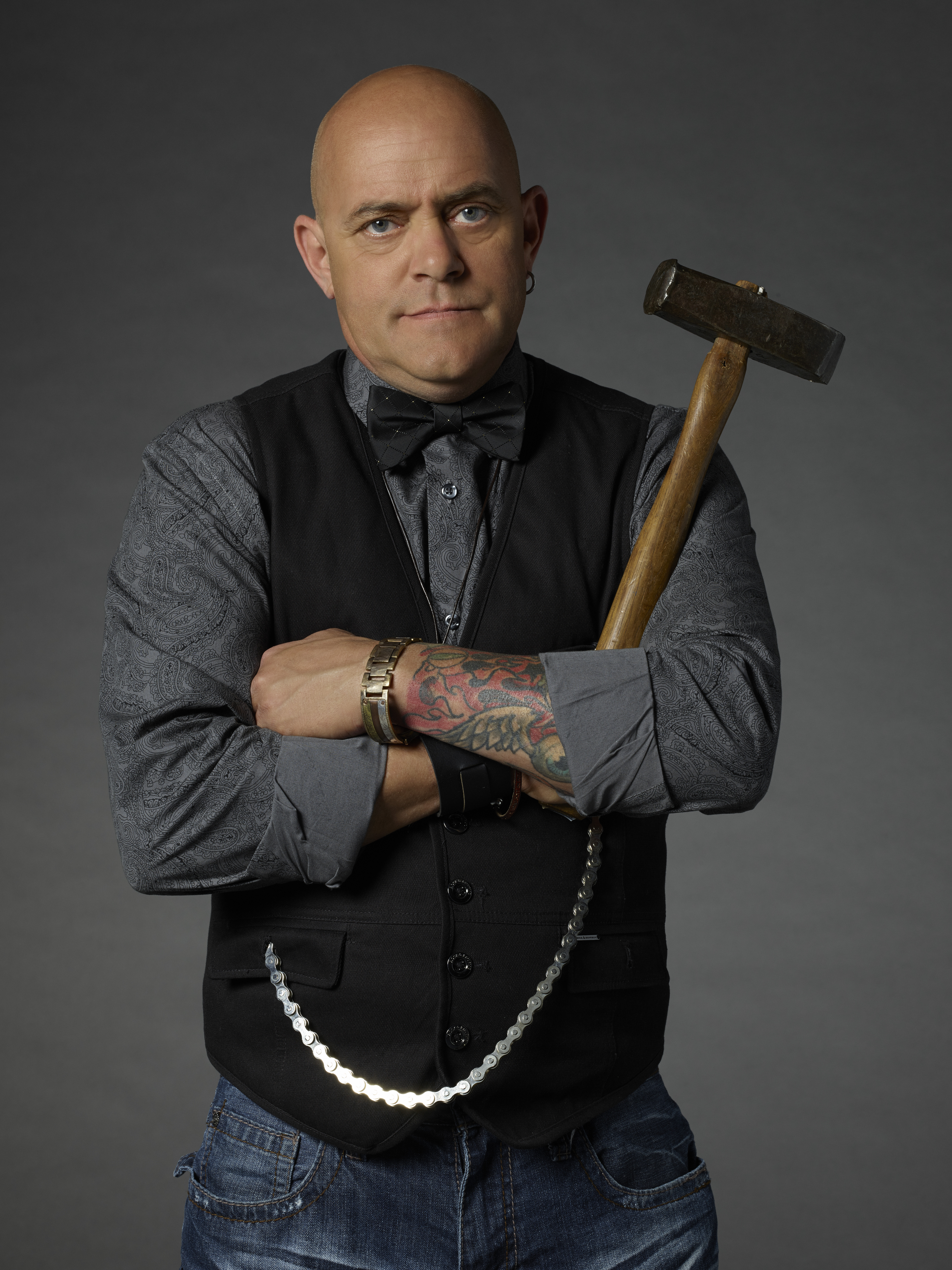 Edward Thayer (Jackson, MI) – A single father of six kids, as well as a builder and automotive customization specialist, he earned the nickname “Steampunk Eddie” while being commissioned to do work for a new steampunk-themed brewery. Especially fond of clocks and gears, he uses old clock parts, copper, and other people’s junk to design his pieces.  a self-described ‘Gear Head’. He loves everything about working with gears and is well-versed in the history of where they come from and what they represent. He is also extremely fond of clocks and loves working them into his pieces. 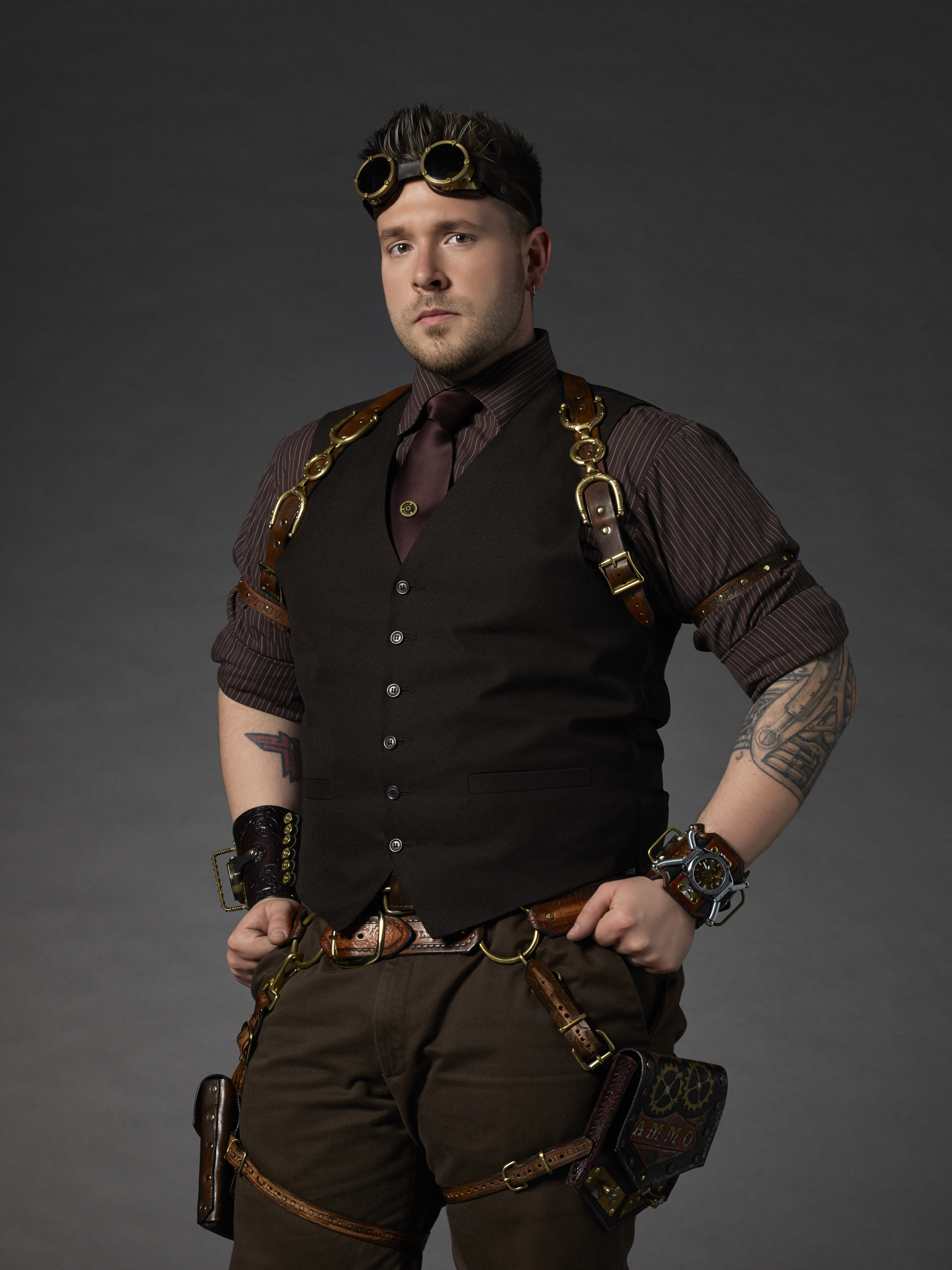 James Neatherly (Nashville) – An X-ray technician, father and husband, designing custom watches is his steampunk forte. He enjoys making everything by hand (no machines) and his leatherwork pieces are constructed using traditional tools such as mallets, bevelers, and Exacto blades. 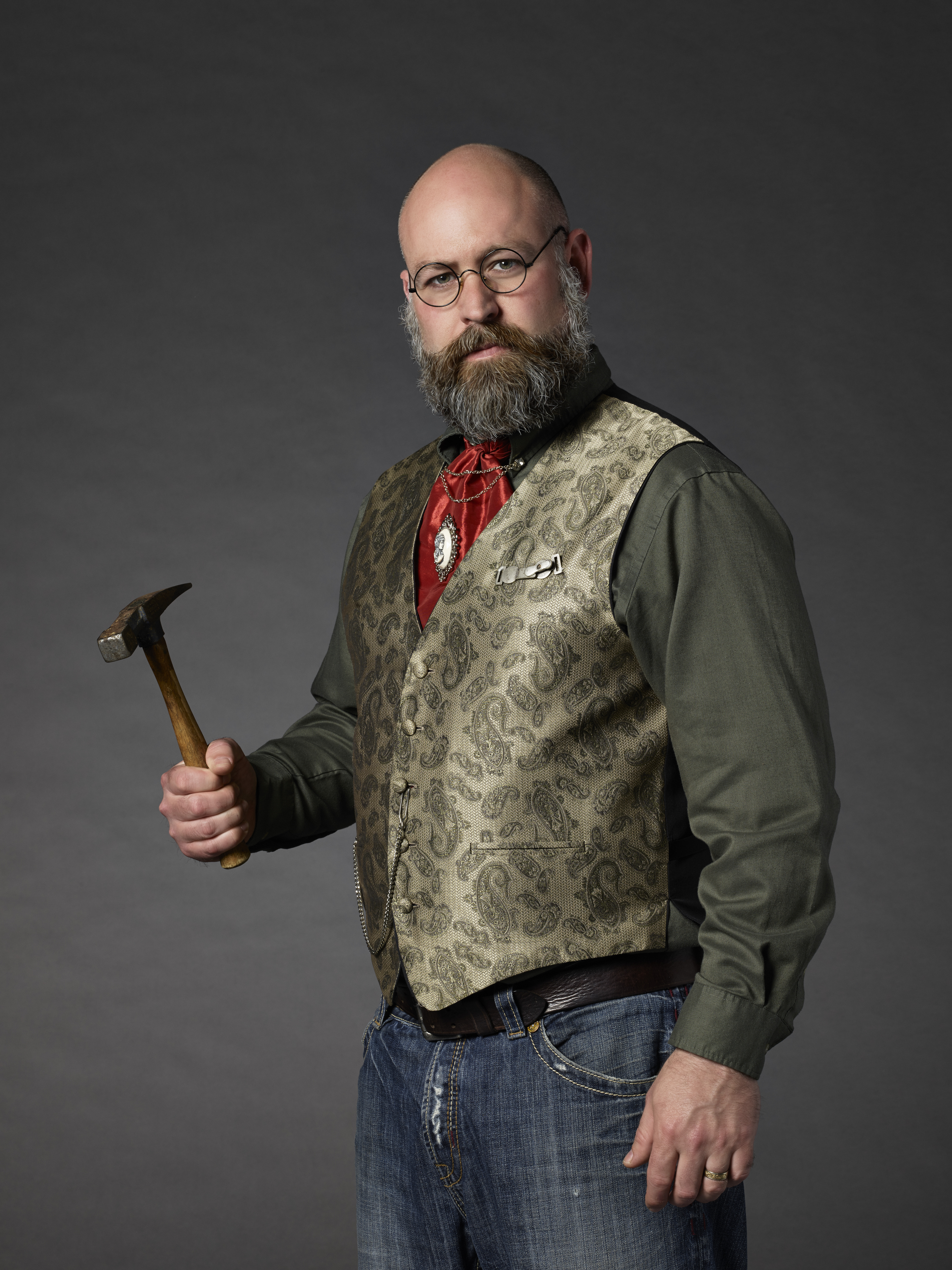 Josh “JW” Kinsey (Portland, OR) – Drawing inspiration from the vintage industrial motif long before it was even referred to as steampunk, JW aspired to be a professional artist from an early age. His work has been displayed across the country in various restaurants, commercial buildings, galleries, and in New York City’s new Freedom Tower. 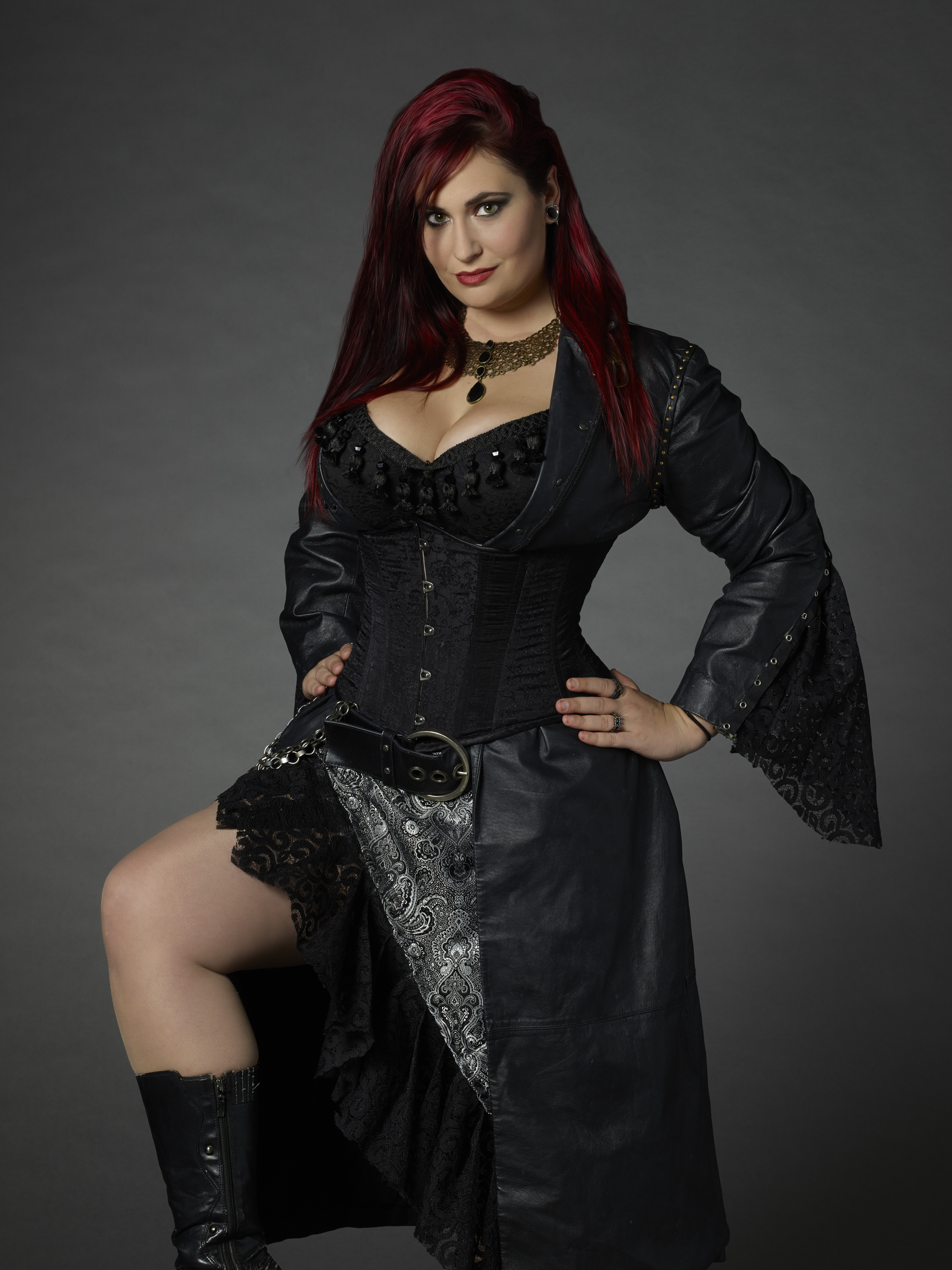 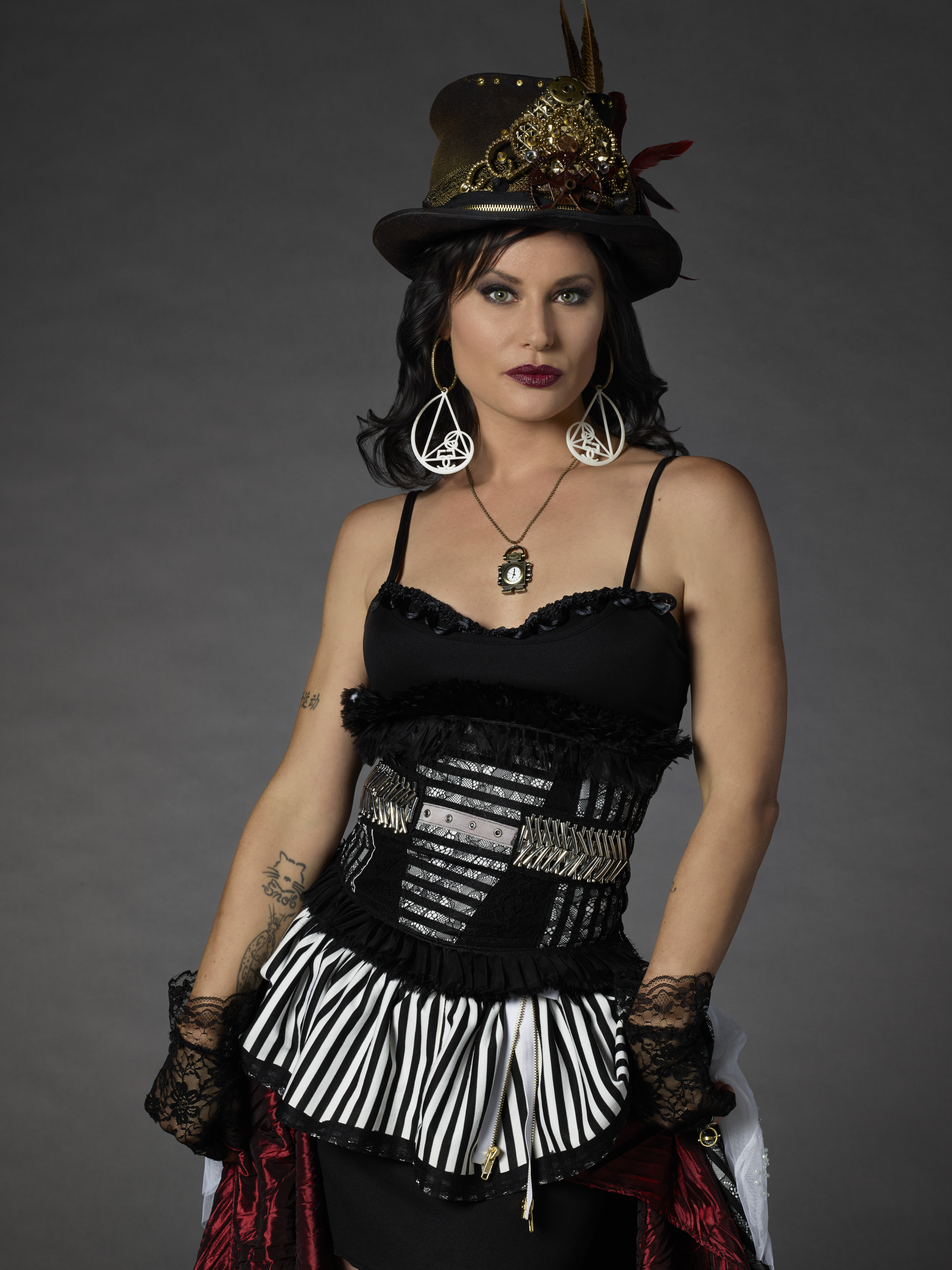 Morgan Olsen (Los Angeles) – Recognized for her rocker look and ensembles, Morgan has worked as a professional costume and fashion designer for 13 years. This outspoken designer is just as comfortable with a needle and thread as she is with drills and metal and is experienced in creating last-minute custom clothing pieces, props and large-scale art installations. 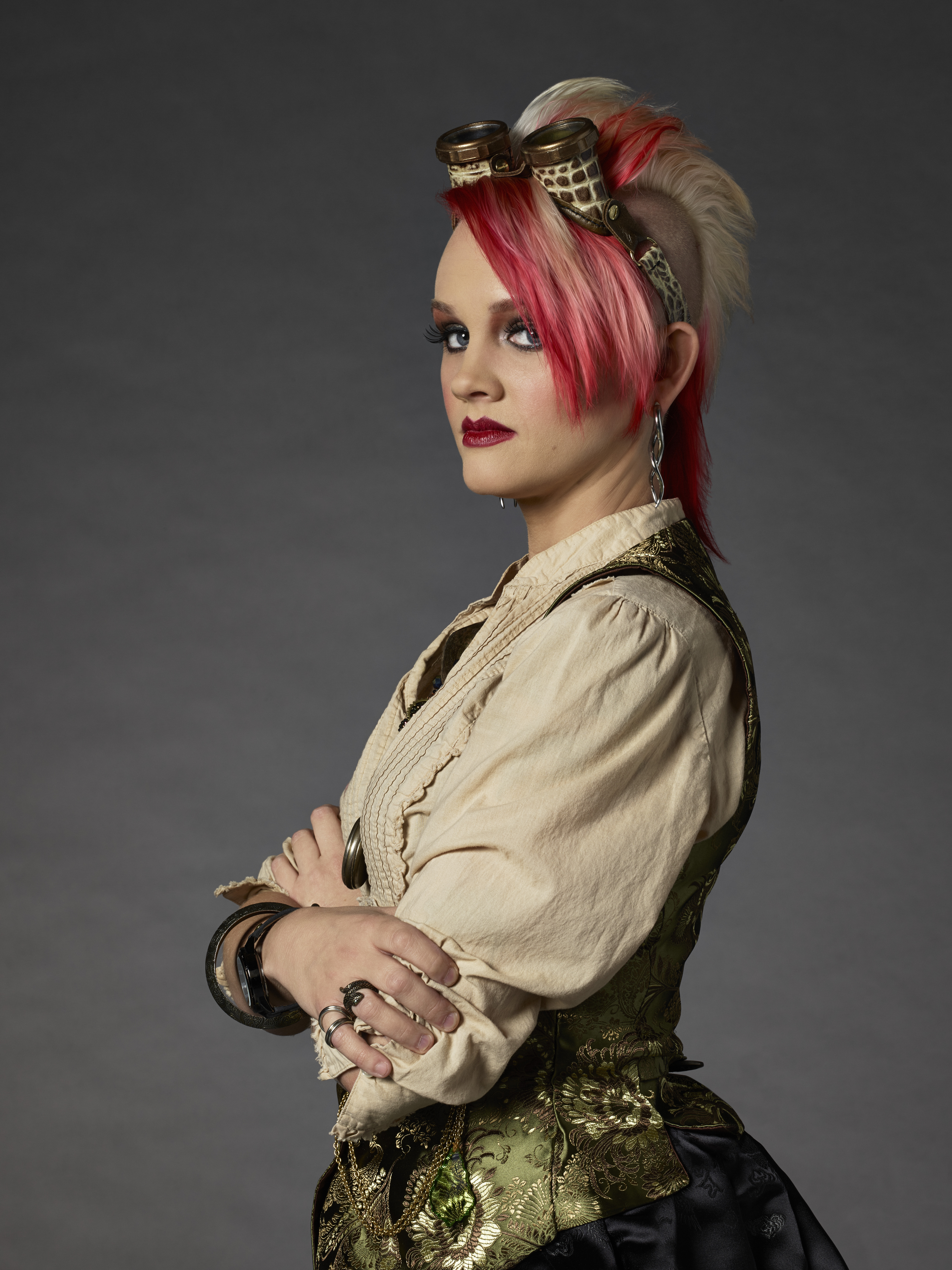 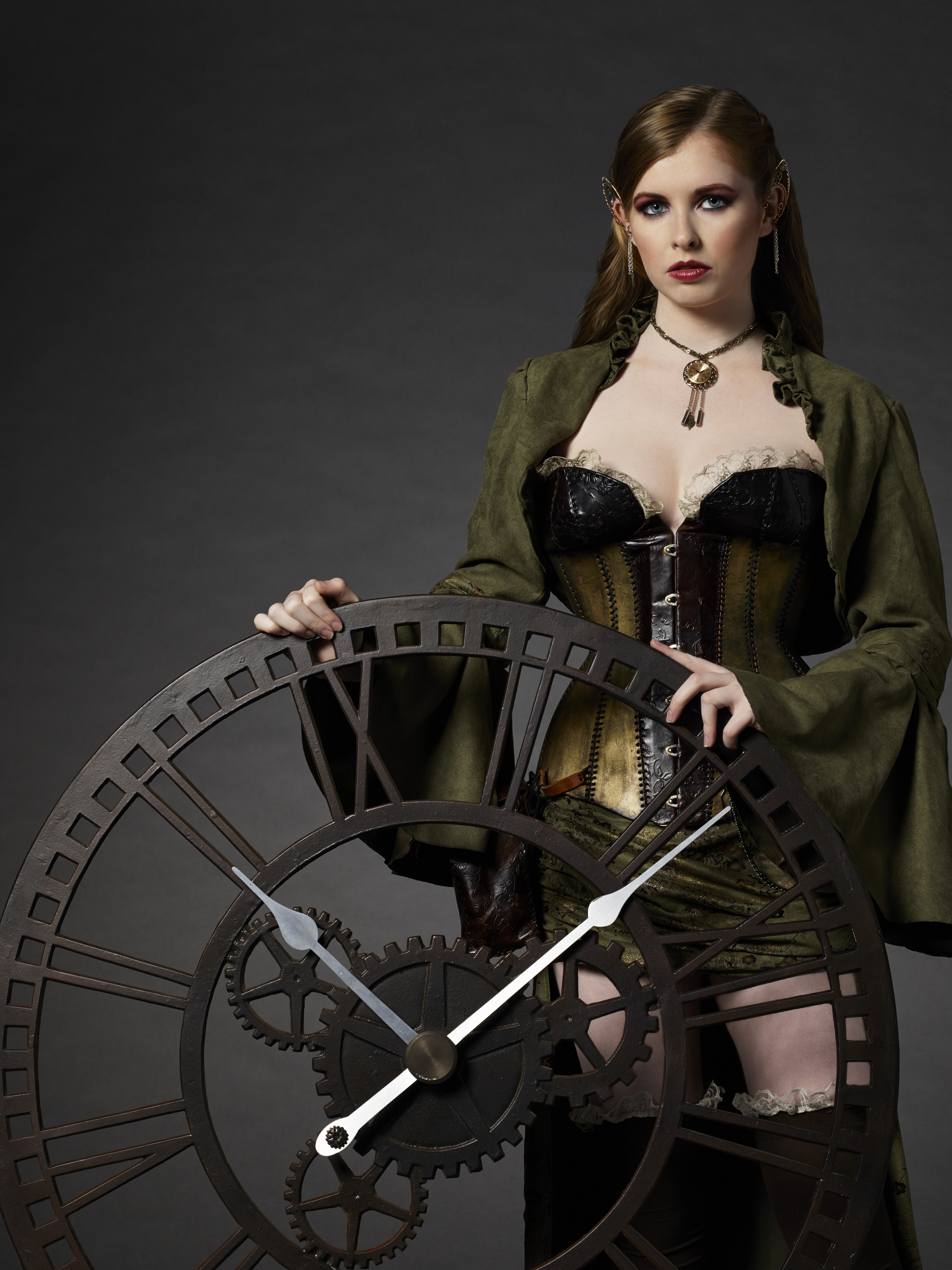 Tayliss Forge (Irvine, CA) – Cosplay model and artisan crafter Tayliss Forge spends most of her time making Victorian and Steampunk costumes and accessories for her online business, Nonconformity Accessories. Through the application of an unusual water technique with tooling leather, this time sorceress creates corsets, bracers and purses that contour to the shapes of the body. 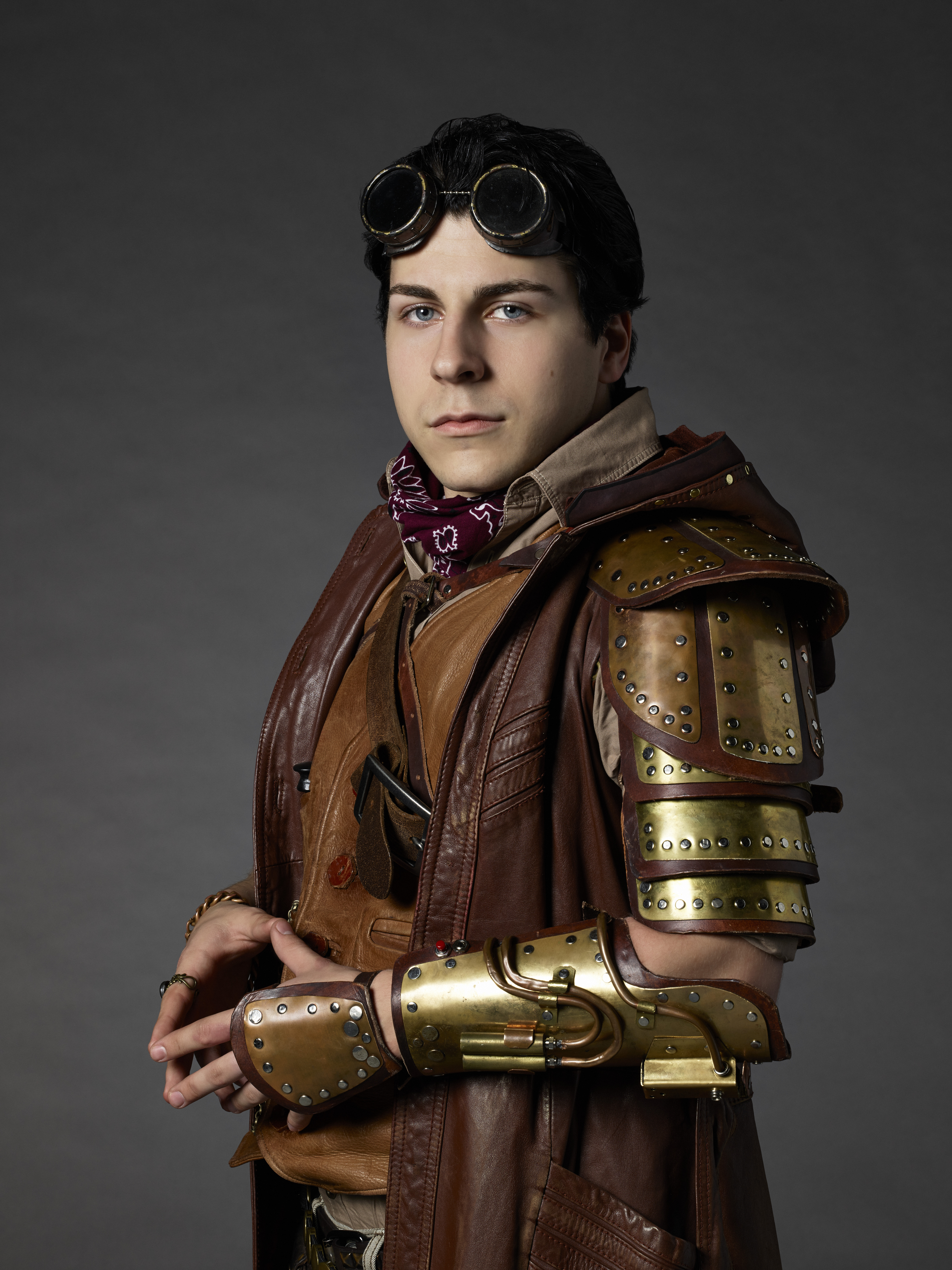 Tobias McCurry (Seattle) – A self-described “super geek” and theater trained performance artist, Tobias is well-known in the Steampunk community for his fire-breathing and stiltwalking. Drawn to rivet work and armor pieces, he often uses materials like copper, brass and metals in his costuming.