Award-Winning Actress Brenda Vaccaro, Winner of the 2017 Behind the Voice Actors Award

Award-winning voice actress Brenda Vaccaro has another accolade to add to the list. She is now the winner of the Annual BTVA (Behind The Voice Actors) Voice Acting Award, presented by Behind the Voice Actors. Vaccaro, known for her voice-acting roles in Kubo and the Two Strings, Nestor, the Long-eared Christmas Donkey, Johnny Bravo, American Dad, The Critic and The Smurfs, has previously been nominated for an Oscar. Vaccaro has also won seven prestigious acting awards, as well as nine nominations, in her illustrious 56-year career. Vaccaro joins other prestigious current and past nominees and award winners such as Tom Kenny, Denise Gough, Cree Summer, and many more. 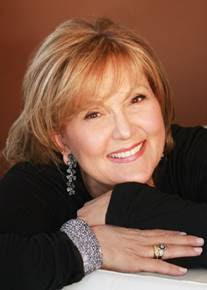 In 2016, Vaccaro joined the cast of the award-winning stop-motion film Kubo and the Two Strings as the voice of Kameyo, Kubo’s grandmotherly figure. Other recent voice-acting roles also include the 2012 Johnny Bravo reboot Johnny Bravo Goes to Bollywood, reprising her role as Johnny’s mother Bunny Bravo. She most recently appeared in CBS’s comedy Superior Donuts as Randy’s mother Helen and Netflix’s Gypsy as the patient Claire Rogers.

About the BTVA Voice Acting Awards

Since 2011, the Annual BTVA Voice Acting Awards have honored fan-favorite voice actors around the world. The 2017 awards will cover different categories all voice-acting related. Alongside individual awards, nominees have the chance to be honored by several categories: Television Feature Films, Video Games and Direct-To-Video/TV Specials. The official winners of both the “People’s Choice” (voted by registered members of BTVA) honors as well as the Official Winners (selected by BTVA Staff) will be chosen by the Administrative Team at Behind the Voice Actors and will be announced in 2018.

RAPCOHORIZON ROCKS OUT WITH SEETHER