In 1974, Deep Purple and Emerson, Lake and Palmer co-headlined what was to be final of the original wave of rock festivals. Named Cal Jam, it included performances from Earth, Wind & Fire, The Eagles, Black Sabbath, Heart and Santana, who came together for a day of music at Ontario Motor Speedway in Ontario, CA.

On October 7, 2017 the Foo Fighters resurrected the 1974 festival by bringing their friends together in Glen Helen Regional Park for a one day festival, Cal Jam 17. Foo Fighters decided to throw a mammoth party in the mountains to introduce their new album “Concrete and Gold” to the world. This incarnation of the 70’s festival took place in the sweltering heat of San Bernardino, CA, and featured performances by rock acts including Foo Fighters, Queens of the Stone Age, Cage the Elephant, Liam Gallagher, the Kills, Babes in Toyland, Wolf Alice, Royal Blood, Japandroids and Bob Mould. 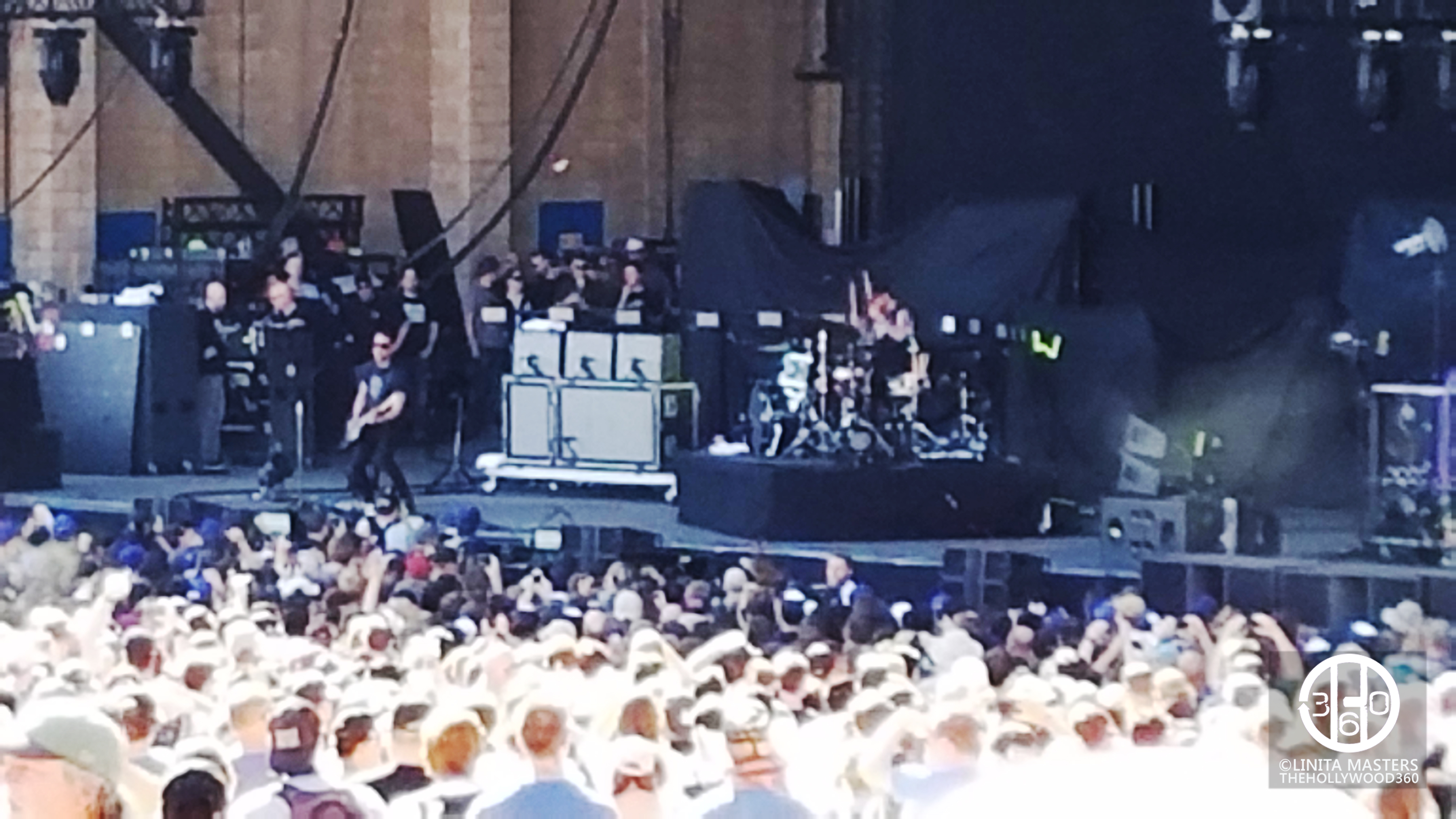 This festival was also one of the first large outdoor concerts after the Route 91 Harvest Festival tragedy in Las Vegas and organizers were clearly prepared for the worse. There was a long wait in line to enter the festival grounds due to bag searches and metal detector inspections. Police presence was clearly visible, none of which dampened the spirits of optimistic and enthusiastic festival goers. Tom Petty’s untimely death was also on the minds of the fans and the performers.

Spread across the majestic grounds of the Glen Helen Amphitheatre were three separate performance stages to choose from, vendors with food and drink, and although the food was great, both the food and drinks were extremely overpriced. Desperately needed water stations could be found all over the festival grounds and were greatly appreciated, since the bottles of water came at a premium. There was also more than just music for festival goers, with carnival rides to enjoy and a Vans skateboard ramp next door to the Foo Fighters Museum that featured the Dave Grohl throne, used on stage when Grohl performed with a broken leg. 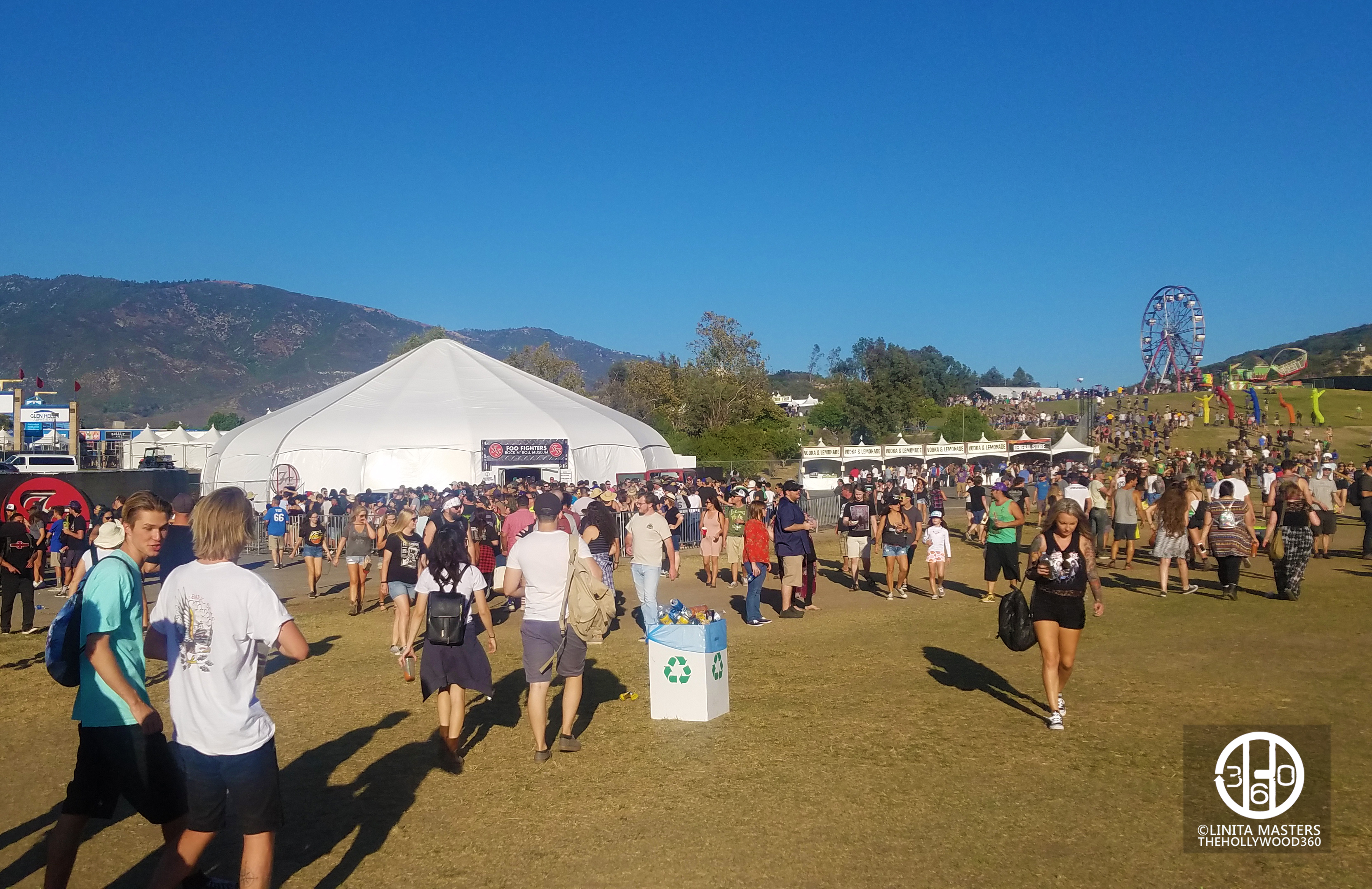 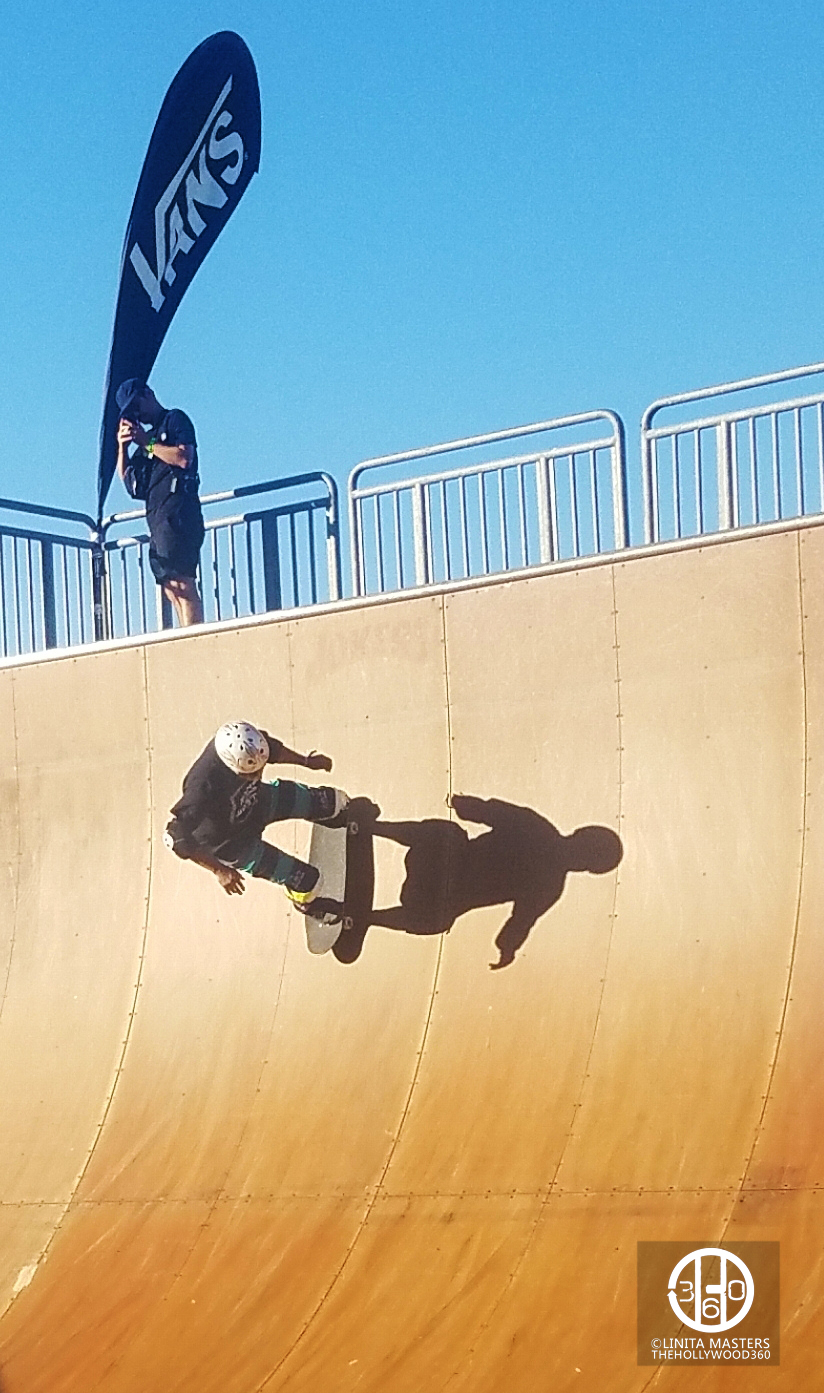 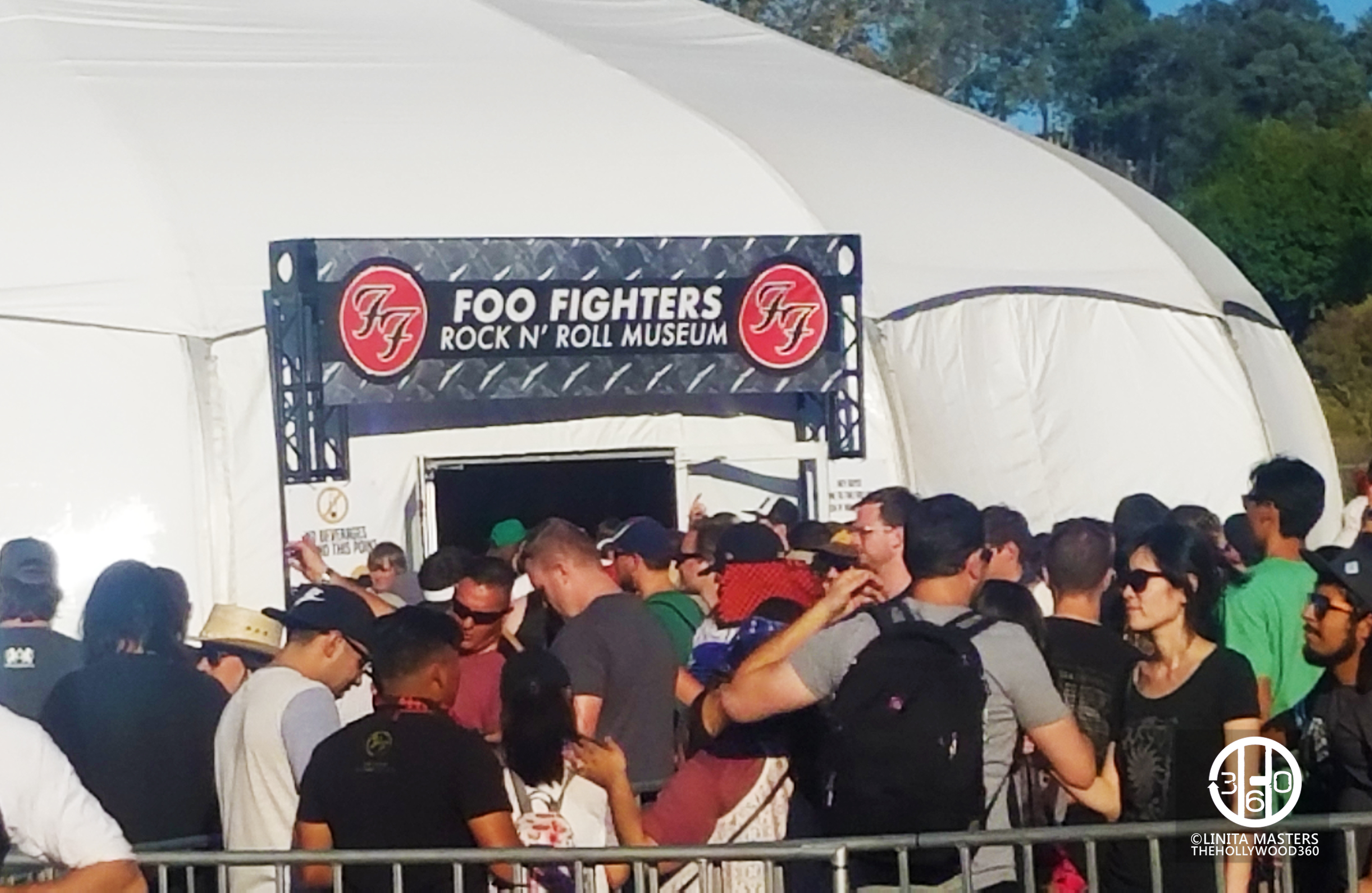 Circa Waves and the Struts, put everything into theirs sets on the main stage, but had the unfortunate responsibility of performing early in the day, during 95 degree heat,  with the sun beating down on them. The crowd was definitely smaller near the stage at that time as fans tried to find any bit of shade to help beat the heat.

U.K. rock band Royal Blood, opening act for the Foo Fighters 2015 tour, was one of the last acts on the main stage before the sun went down. The two man band, comprised of vocalist and bass guitarist Mike Kerr and drummer Ben Thatcher,  got the crowds pulse rising with their seismic wall of sound. 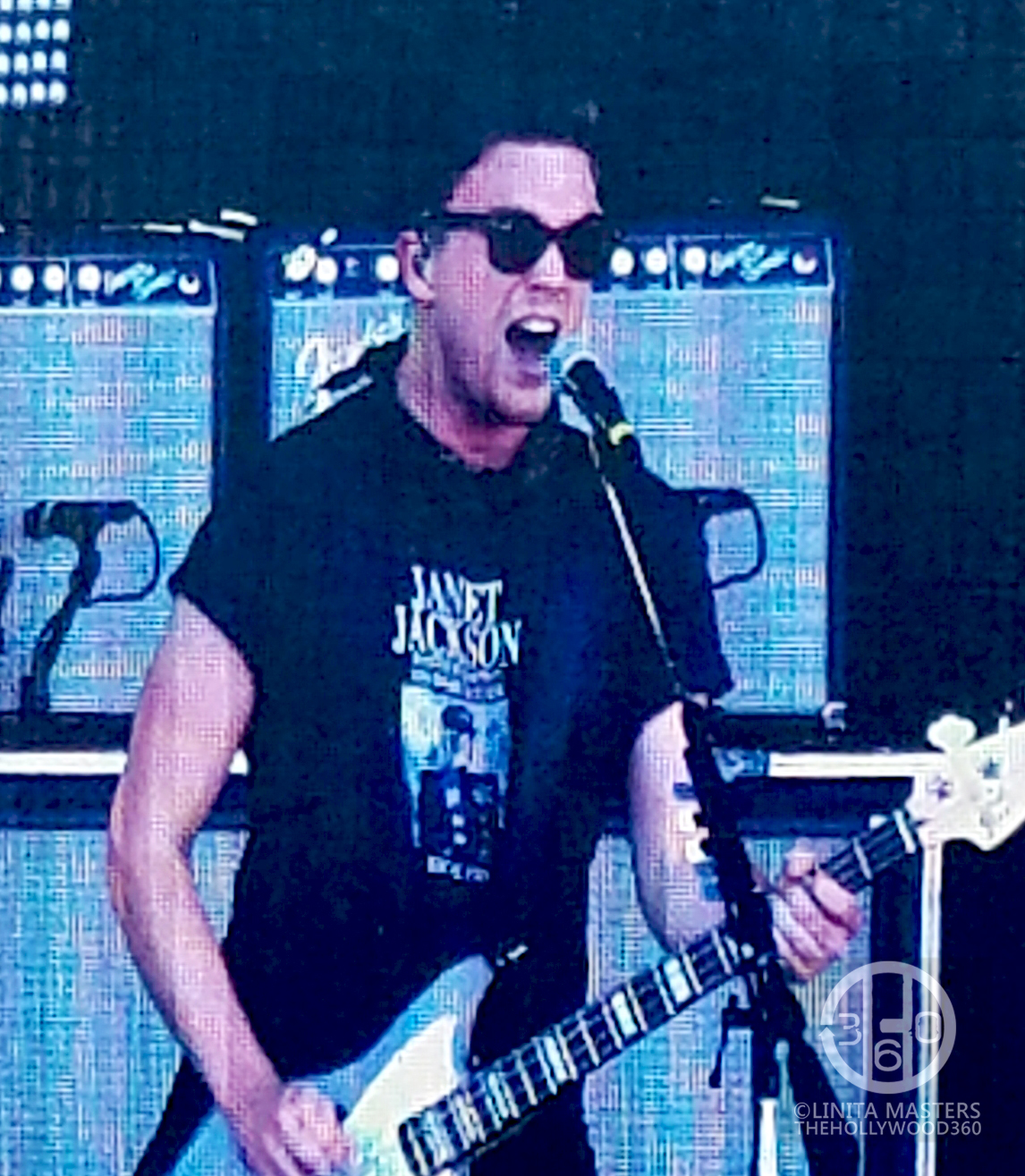 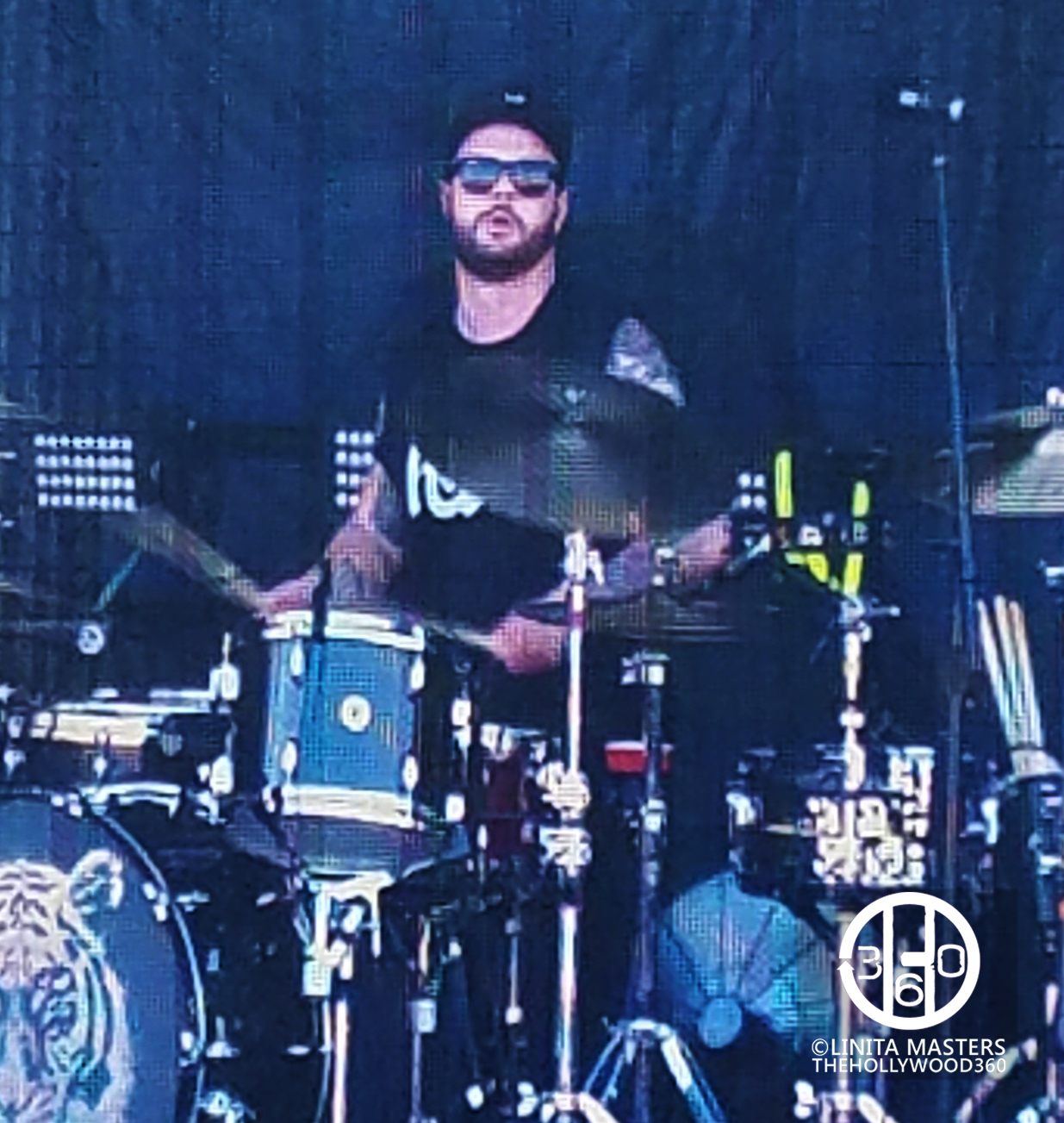 As the sun started to set behind the surrounding mountains,  Liam Gallagher took the main stage while phoning in his performance of classic Oasis songs along with some of his new music. His lethargic performance gave the crowd a perfect opportunity to go grab some food and a couple of drinks while waiting for the next performers to take the stage. 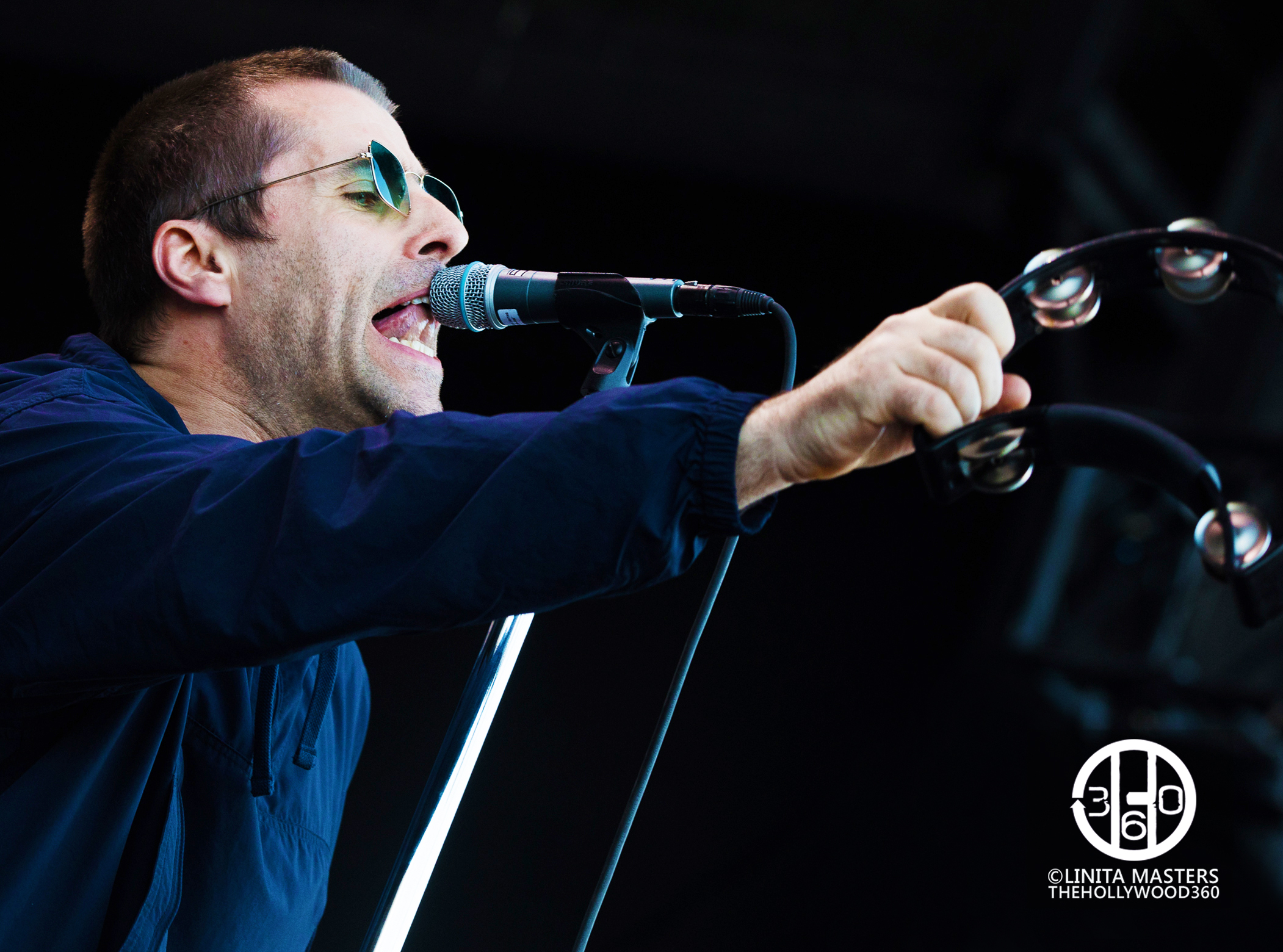 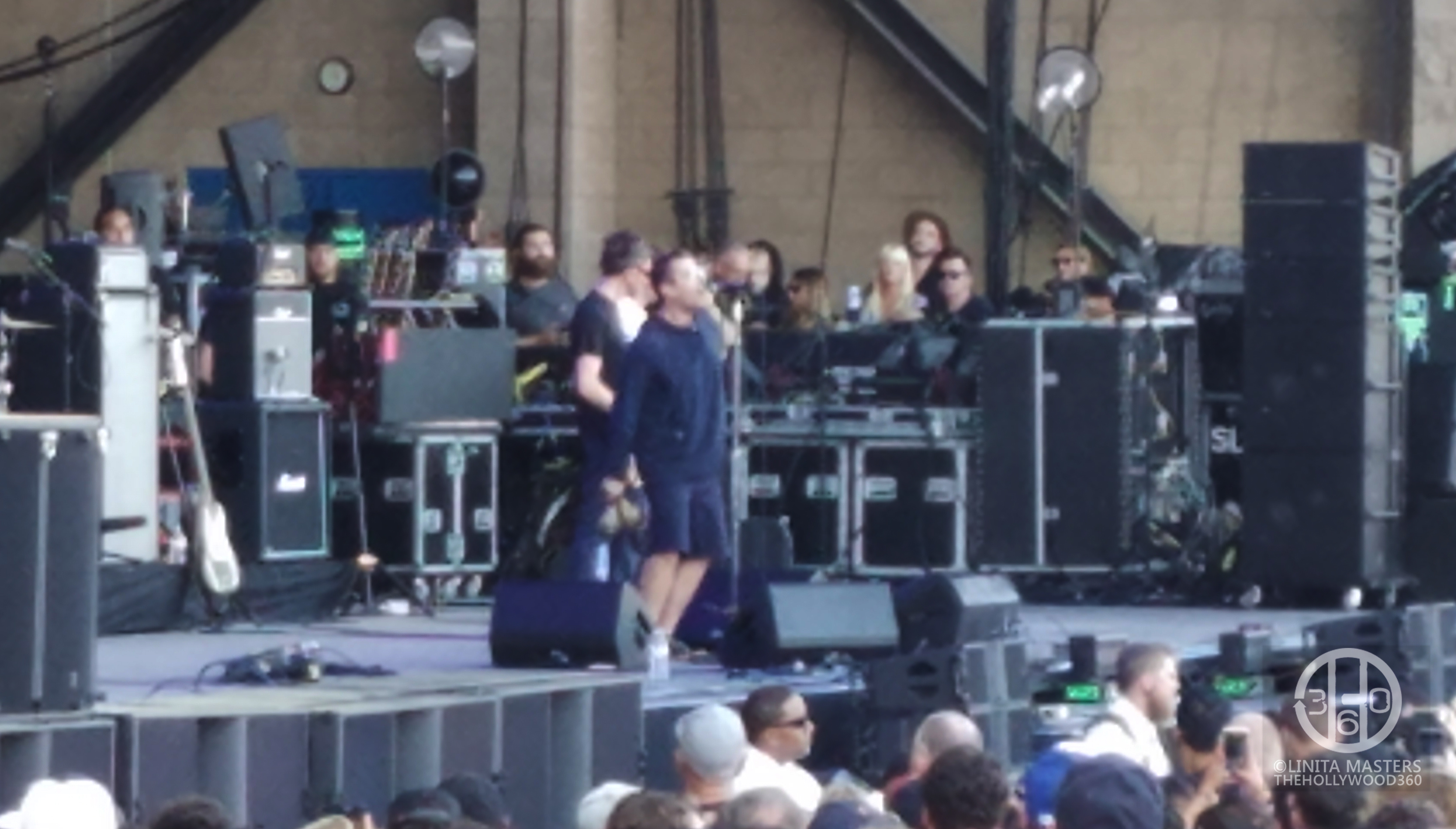 Cage the Elephant was just what the crowd needed to wake them back up after the soporific Liam Gallagher set. Matt Shultz gave a stand-out, euphoric, shirtless and pantless performance, reminiscent of a young Iggy Pop, that brought the energy levels up to 11. They paid their respects to Tom Petty by opening their set with “Last Dance with Mary Jane” and continued with their hits “Ain’t No Rest for the Wicked,” “Come a Little Closer,” and “Cigarette Daydreams, as the wiggling and prancing Shultz completely owned every inch of the stage and the crowd… 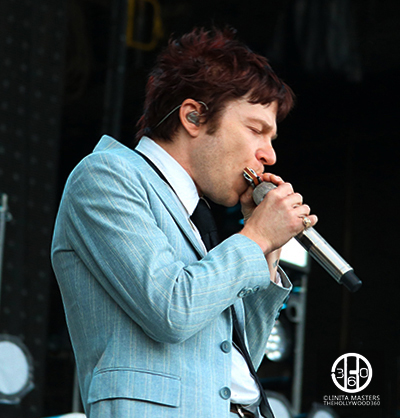 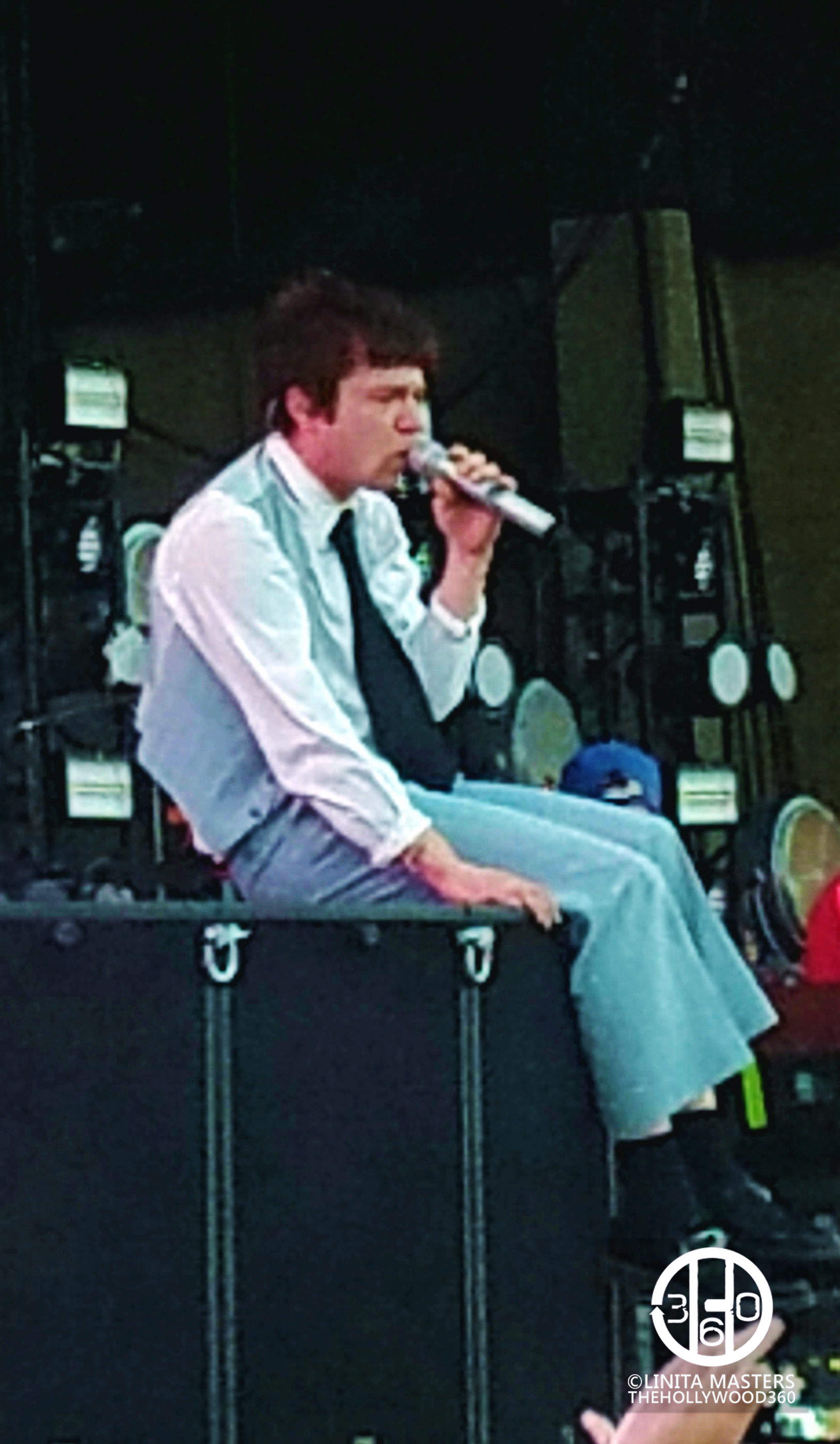 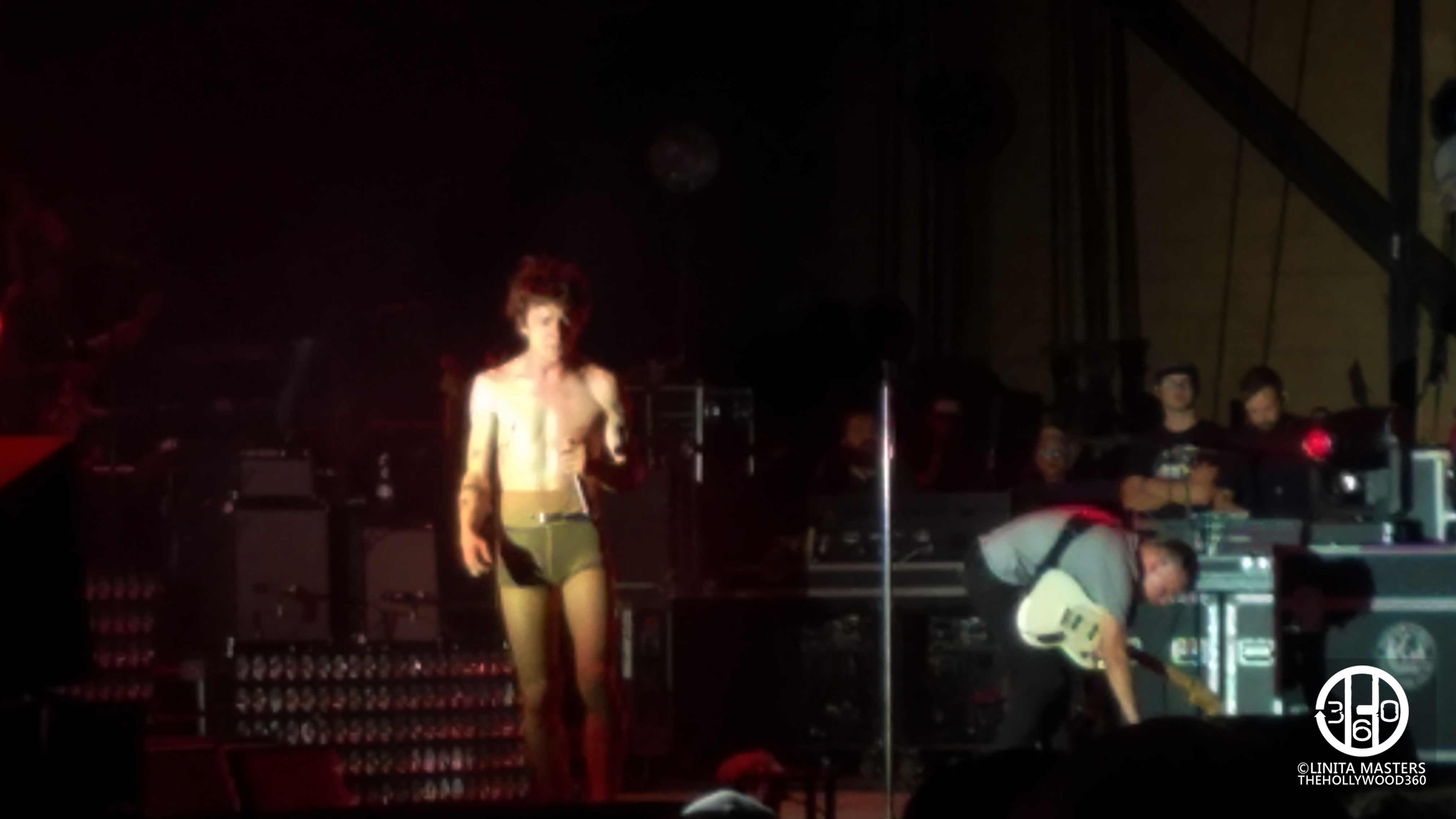 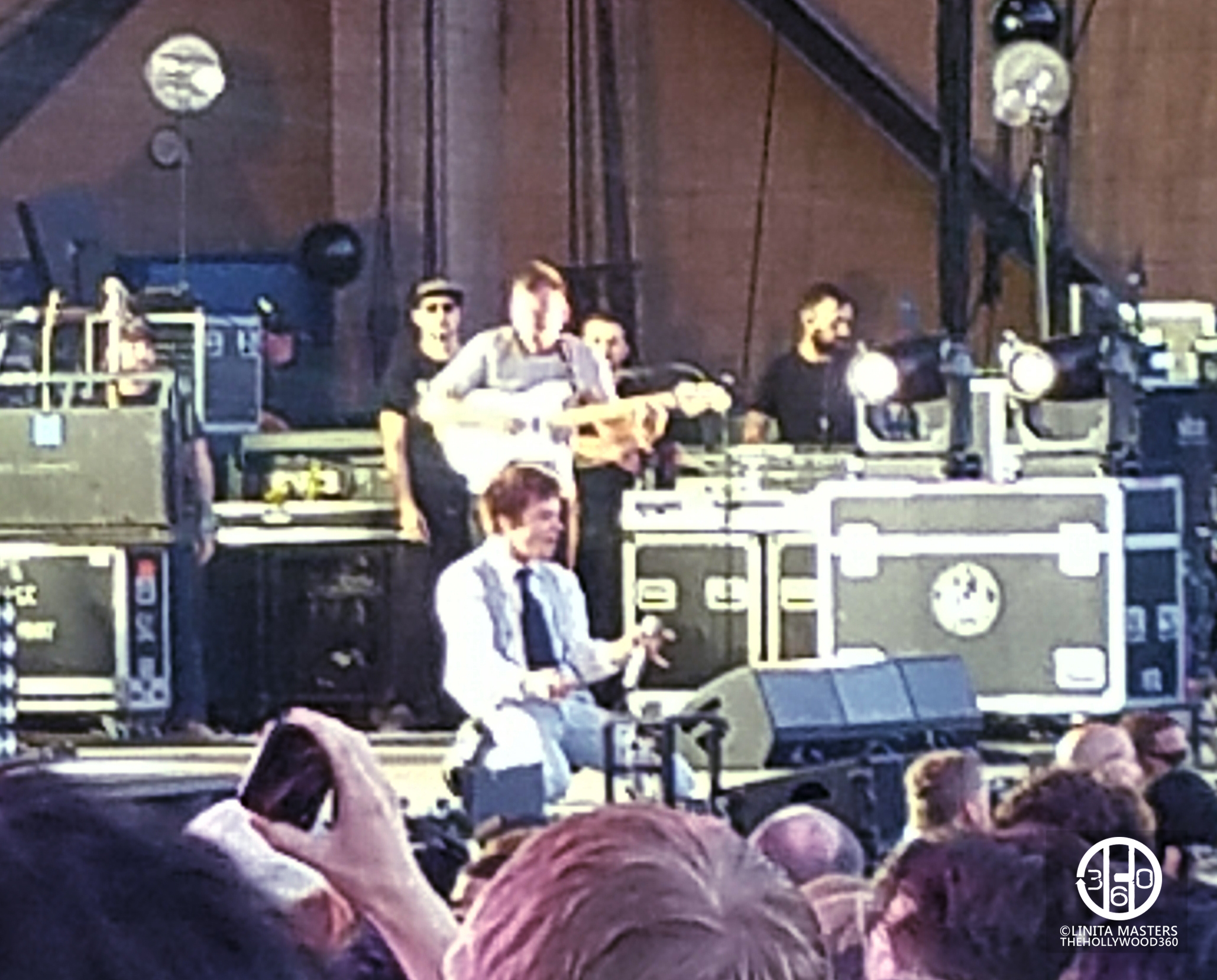 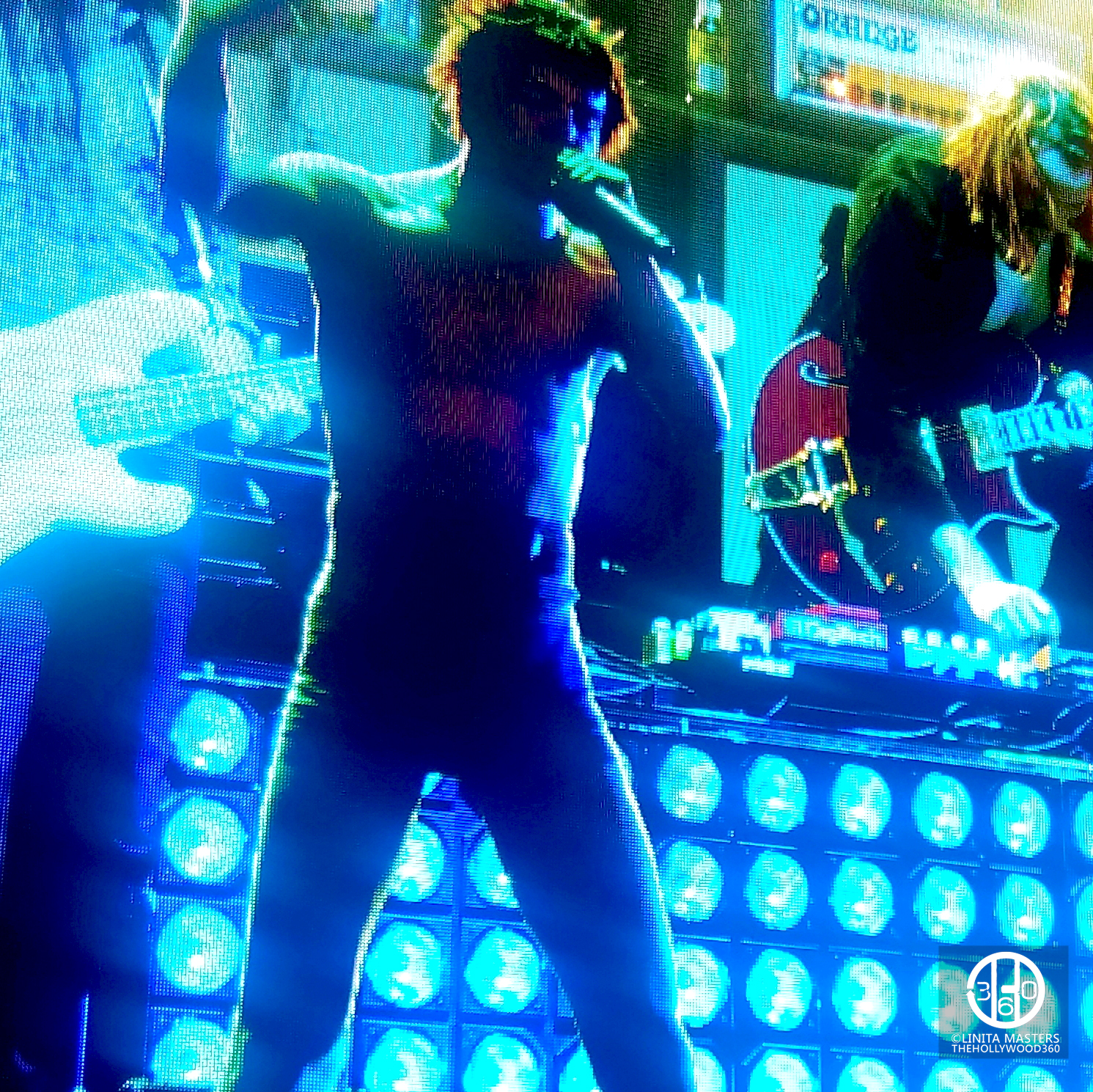 Cage the Elephant were a hard act to follow, but veteran rockers Queens of the Stone Age roared through their set with an electrifying intensity. The thumping base drum and a phenomenal light show, exemplified what a rock show should look and feel like. QOTSA performed new songs off their “Villains” album as well as older hits like “Little Sister”. 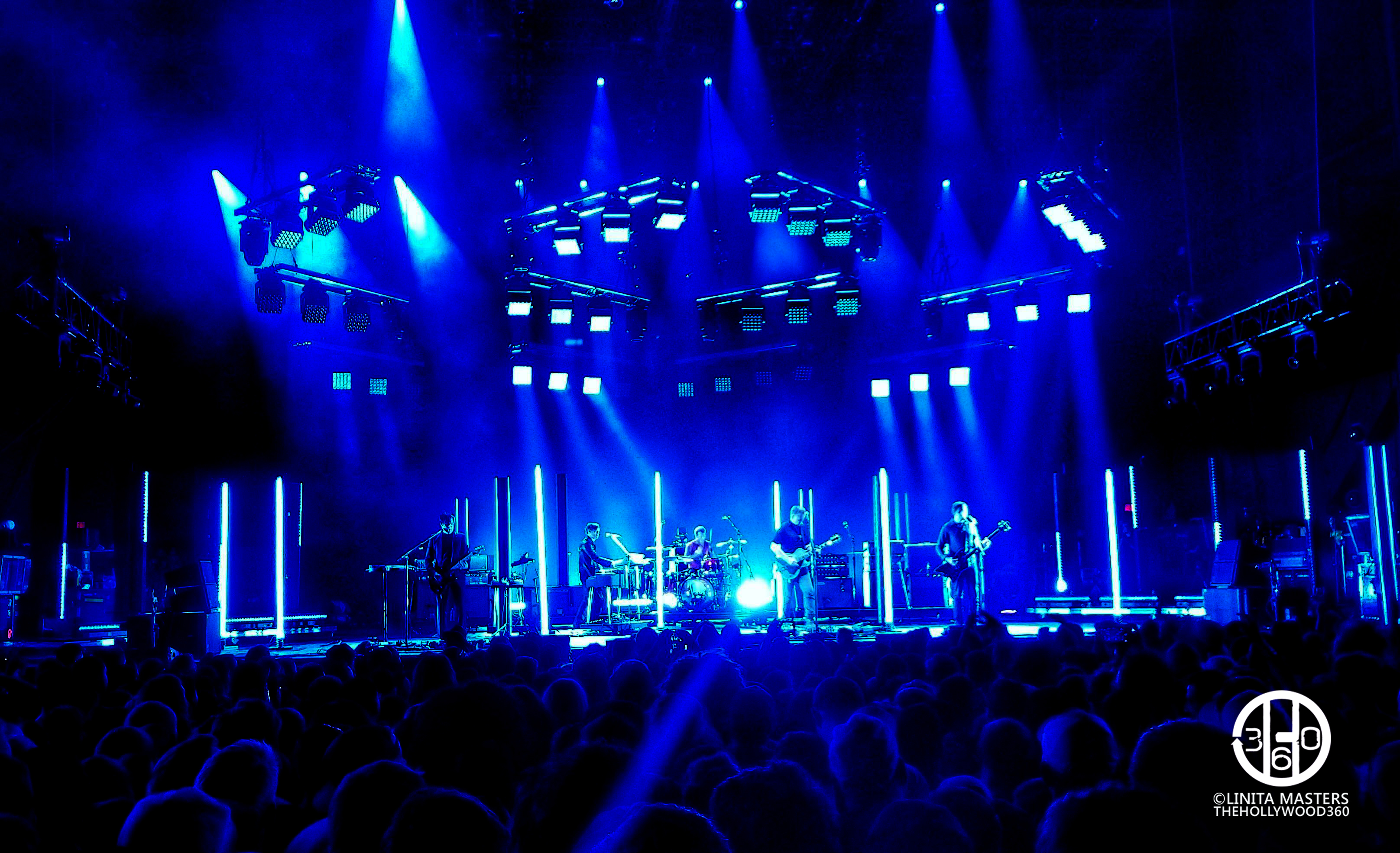 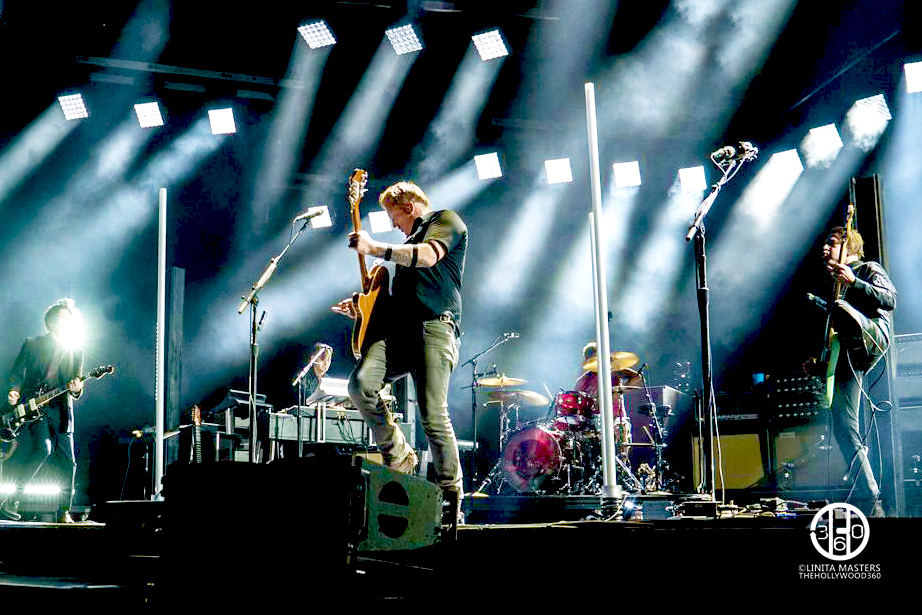 Between songs, QOTSA singer Josh Homme, gave the night’s most heartfelt gesture after seeing a fan in crowd holding up a handwritten sign. Homme asked that the signed be passed up to the stage and held the sign up over his head,  which read “VEGAS STRONG”. As he turned the sign around, you could see the names or each Route 91 Harvest Festival shooting victims written on it. Fans cheered wildly as Homme commented, “We are nothing when we’re apart, and we’re everything when we’re together.” The sign remained onstage throughout their set. 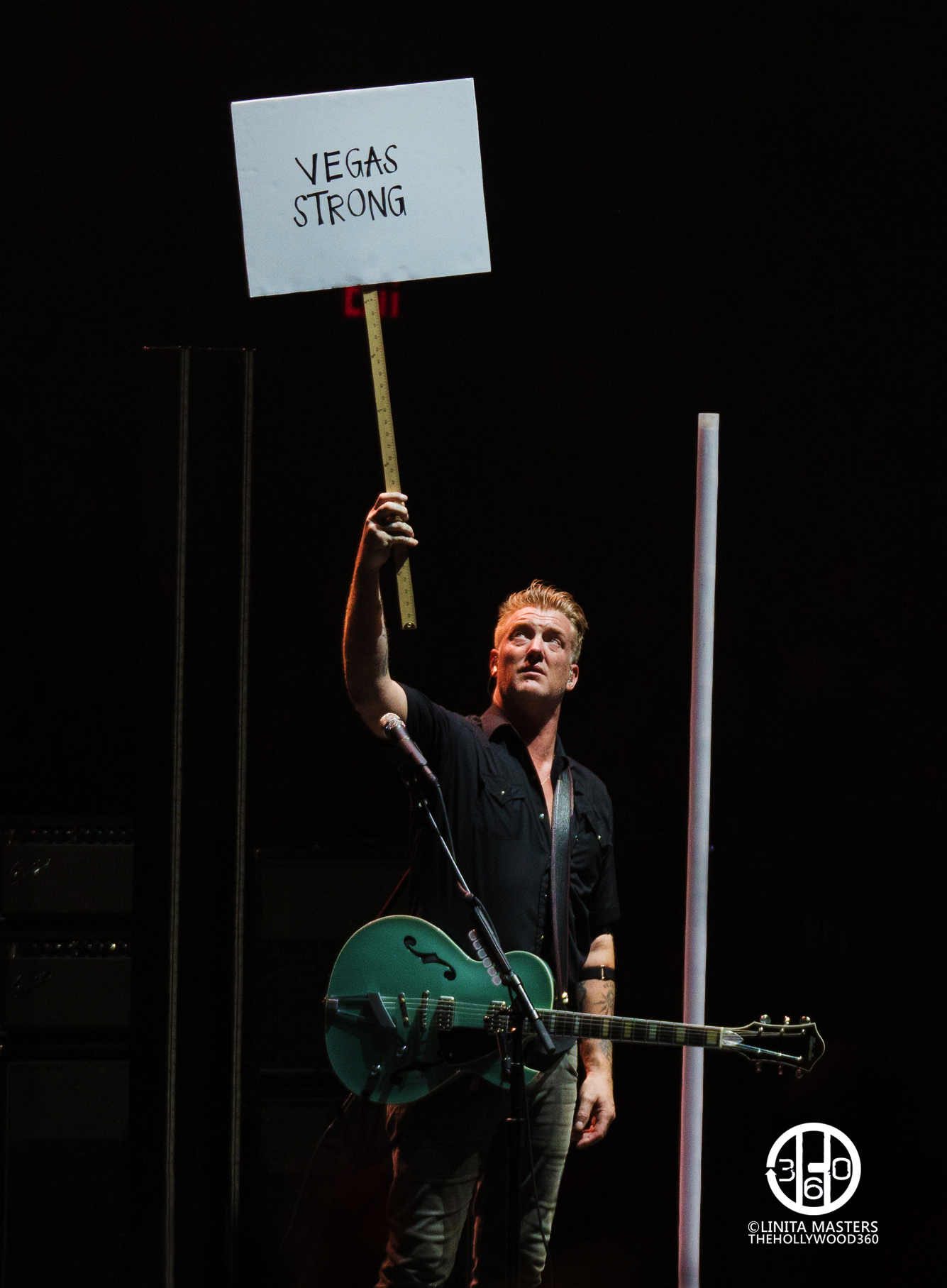 Cal Jam 17’s 12 hours of blowout performances culminated in two-hours plus Foo Fighters set. They played through their hits: “All My Life”, “My Hero”, “Best of You”, “Pretenders” and “Times like These”, which seemed a particularly poignant allusion to the Route 91 tragedy and the passing of Tom Petty. They also introduced us to some of the music off their new album, “Concrete and Gold”. I was up front with a few over enthusiastic dancers and overconfident crowd surfers, but the performance still had an intimate feel. Grohl ran the stage and at one point ran through the crowd, strumming his guitar with the passion and wild abandon of a kid that finally had his first real guitar. 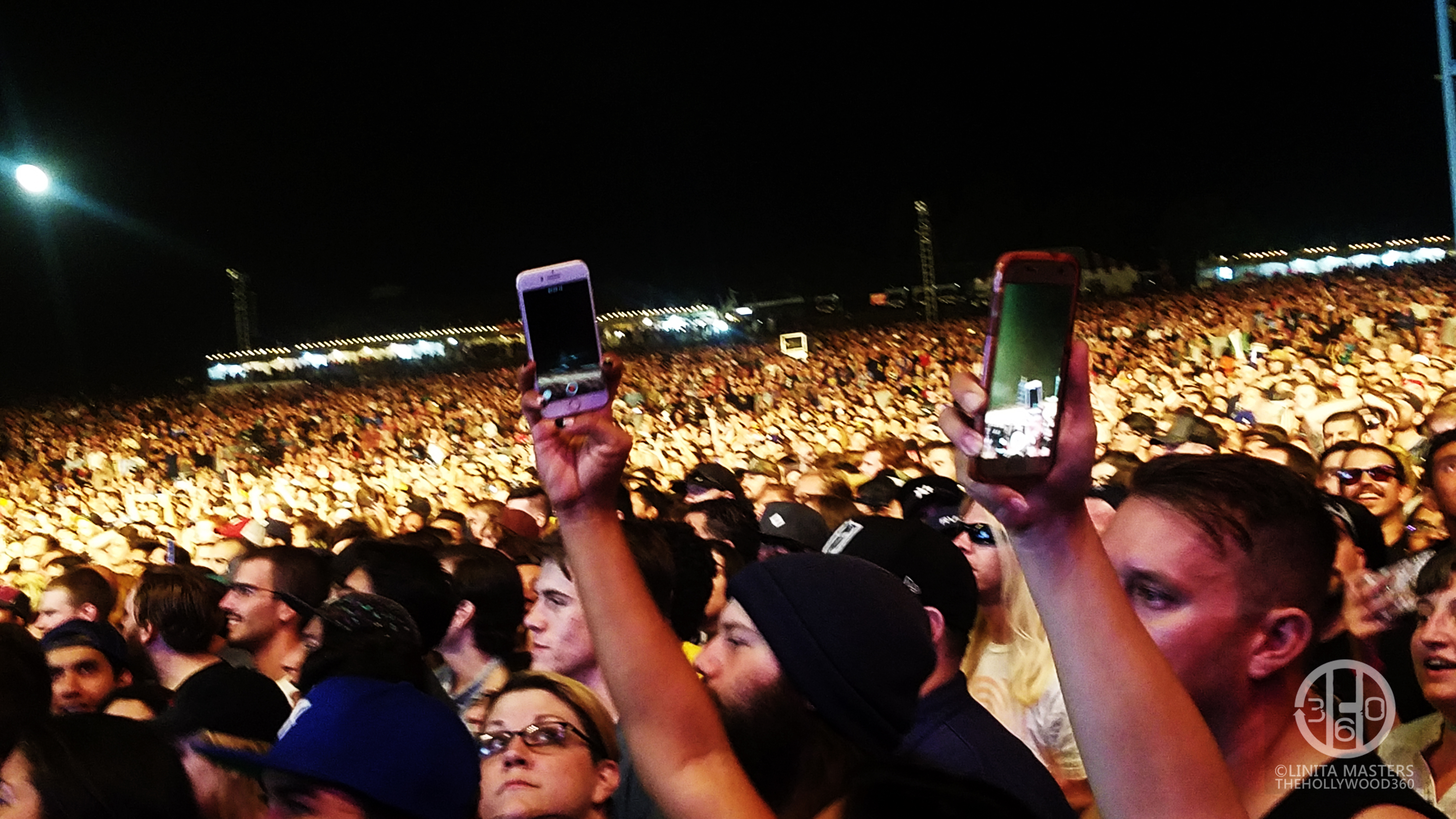 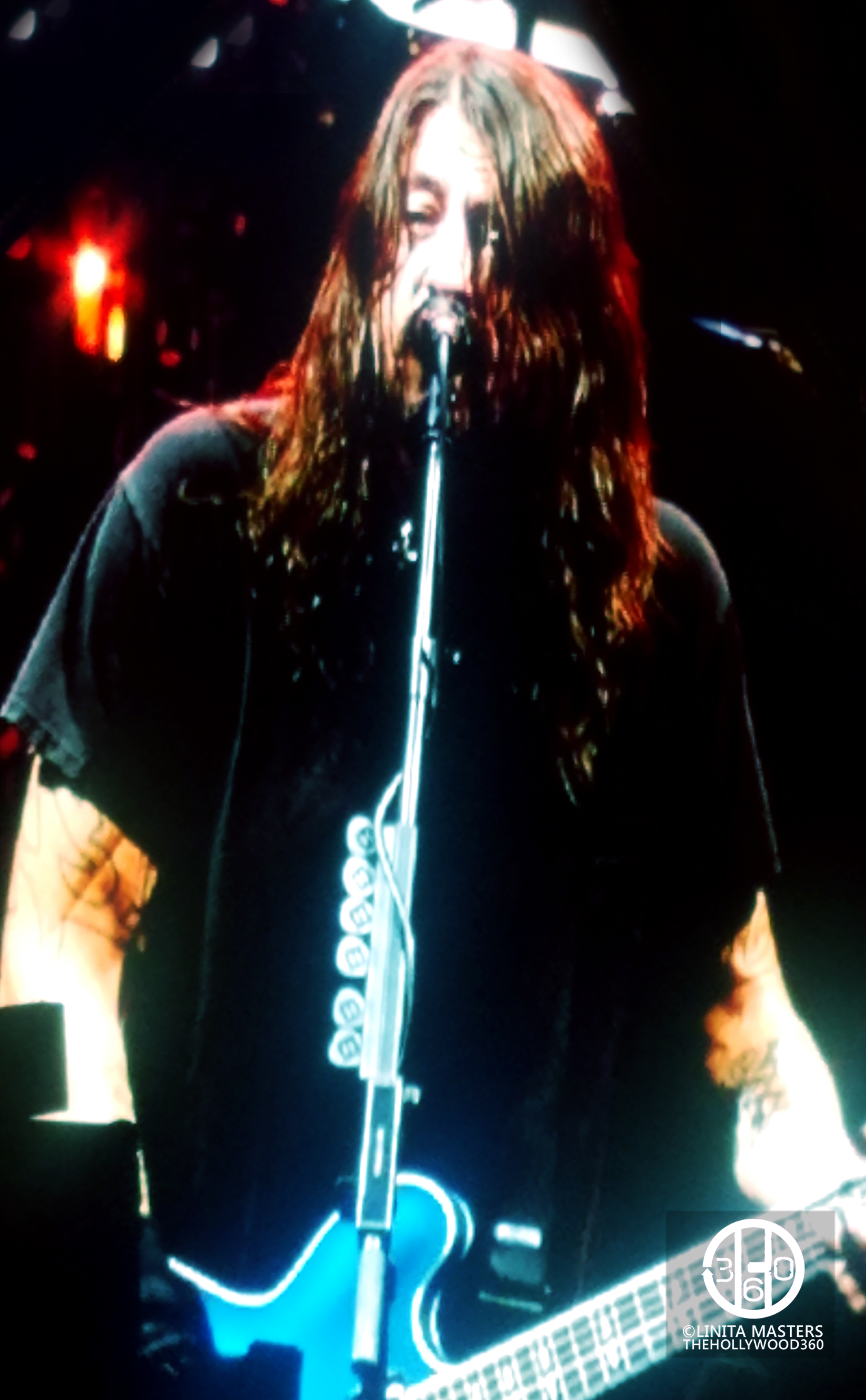 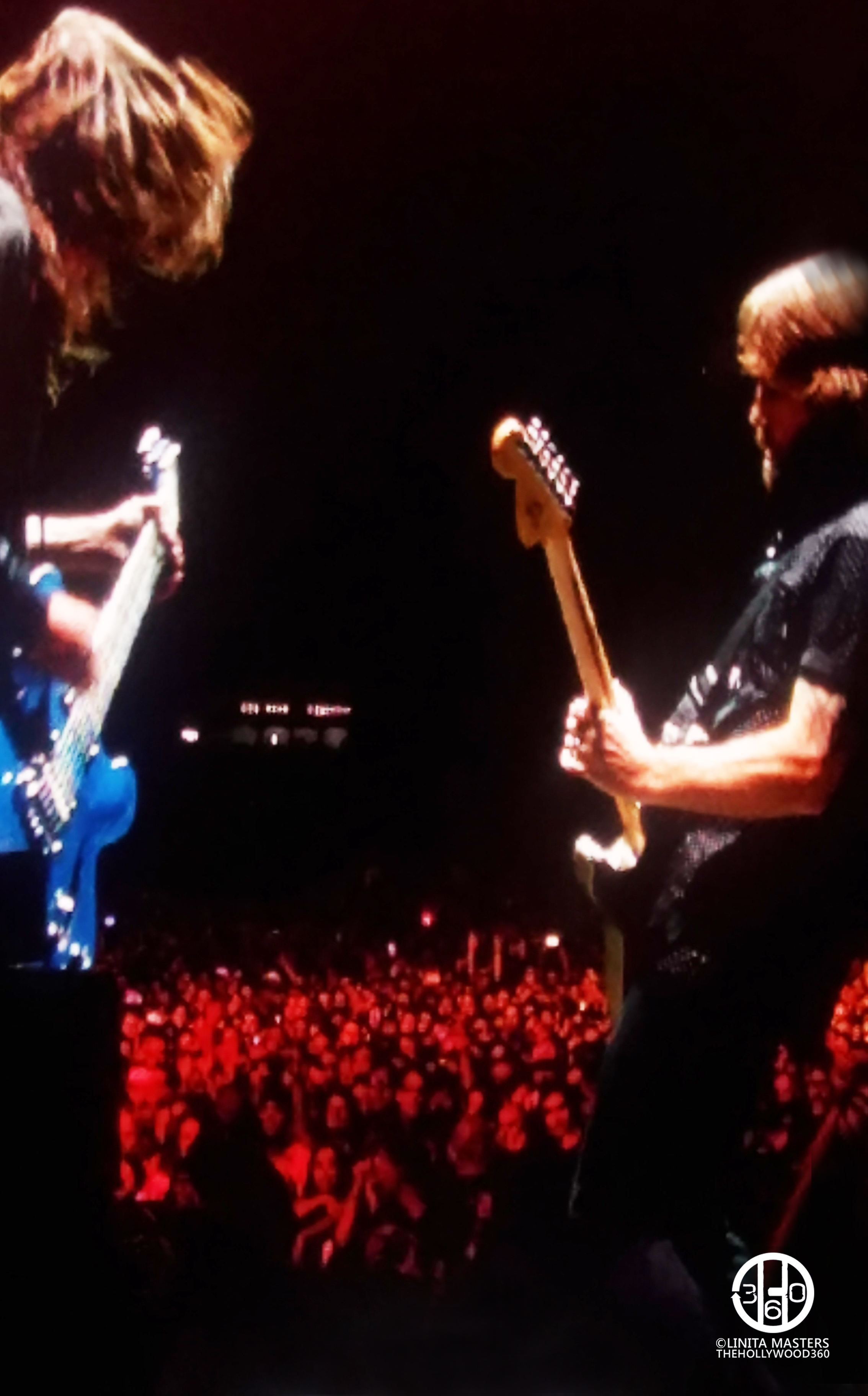 They surprised everyone by bringing out some surprise guests. 1974 Cal Jam alum, Aerosmith’s Joe Perry,  joined the Foo Fighters to perform “Draw the Line.” The Kills’ Alison Mosshart and Grohl performed their duet off “Concrete and Gold” entitled “La Dee Da” with the help of legendary smooth jazz saxophonist. Dave Koz.

Grohl, also invited Liam Gallagher to join him and Joe Perry onstage to sing a cover of the Beatles “Come Together” followed by a series of unfortunate events, when Gallagher needed to hold a piece of paper with the classic Beatles song lyrics on it and proceeded to exit the stage via a clumsy stage dive near the end of the song, where Grohl and some lucky fans got an intimate view of Gallagher.   “I just saw Liam’s a–crack,” Grohl said.

The crowd also got to ‘rick roll’ with Rick Astley himself as he and the Foo Fighters performed “Never Gonna Give You Up.”

Cal Jam 17 was a celebration of rock and roll and a testament to how music brings people together. It was a great party for everyone from the quintessential party band. We left elated and exhausted, with the hope that Cal Jam 17 wouldn’t be the last.