“We have seen the gaming industry embrace virtual reality, and now the film industry is on the verge of the same breakthrough,” – Kaleidoscope co-founder, René Pinnell.

Have you ever wished you could step out of your reality at the movies and step into the action on the screen? The Kaleidoscope VR Festival will be giving you the opportunity to do just that. The festival will be bringing a myriad of VR projects to 10 cities across North America, featuring cutting edge virtual reality projects by the brightest independent VR artists from around the world. The tour kicks off  Aug. 22 in Portland, Ore., and will make stops in Seattle,Vancouver, San Francisco, Los Angeles, Denver, Montreal, Toronto and New York ending in Austin , TX  on October 14.

The fest is being produced by the San Francisco-based talent agency Kaleidoscope VR which was founded in May 2015 by entrepreneur René Pinnell and Michael Breymann, the former Industrial Light & Magic technical director. Dedicated to promoting and  producing original content, the agency is creating visibility for new, innovative talent and  emerging VR technology.

The festival will be presented by Vrideo which is a VR streaming-video startup, along with with Samsung, Altspace VR and Condition One.  The festival will include talks and demos by  VR filmmakers and industry members. Attendees will have the opportunity to view films in an immersive and interactive environment on Gear VR equipment supplied by Samsung, as well as Oculus VR headsets. The festival puts the spotlight on this new cutting edge technology and independent VR artists.

“The aim of the Kaleidoscope film festival is to create a space for independent artists and audiences alike to discuss, connect and experience virtual reality films and to keep the conversation going,” – Kaleidoscope co-founder Michael Breymann.

Virtual Reality filmmaking is becoming a quickly growing market in the film and entertainment industry. Cannes, Sundance and Tribeca are just some of the major film festivals that are now featuring VR projects.

“Kaleidoscope shares our goal of shining a spotlight on cutting edge VR films and supporting these visionary filmmakers,” said Vrideo Founder & CEO Alex Rosenfeld. “As the leading platform for immersive video, we’re proud to partner with the groundbreaking Kaleidoscope Film Festival as it travels across North America showcasing the astounding works this new medium is capable of creating.”

(Please note additional films will be added closer to date)

Synopsis: Inspired by the abstract visual music animators of the early to mid-1900’s, Bright Shadows is an 11 minute computer generated animation of dynamic, colorful abstractions choreographed to instrumental music. It is comprised of seven distinct movements with unique emotional tones that are brought to life with high-quality lighting and shading techniques and rendered in stereoscopic 3D. 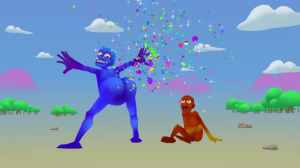 Synopsis: Widely credited as the first animated cartoon for virtual reality, BUTTS is a story about love, trust, and learning what it means to be truly free. Transport yourself into a brand new bright and colorful world of happiness and excitement, and make some friends along the way. BUTTS will make you laugh, cry, fill you with unimaginable bliss, and return you to that innocent place of childlike wonder you’ve long forgotten.

Synopsis: CLOUDS OVER SIDRA follows a twelve year old in the Za’atari camp in Jordan – home to 84,000 Syrian refugees. It follows her to school, to her makeshift tent and even to the football pitch. The film was commissioned as part of the UN’s advocacy at the World Economic Forum in Davos to state and business leaders and offers a unique perspective into the lives of the world’s most vulnerable people.

Synopsis: COLOSSE is a real-time virtual reality storytelling experience, with a stylized, character-focused visual language. While the viewer has no direct control over the action, the progression of the narrative is gaze-based. The viewer’s gaze – things the viewer pays the most attention to – directs the experience around them, giving a subtle influence over events as they unfold. The story of the long lost Great Spirits known as the COLOSSE explores themes of fear, power and respect.

Synopsis: The fabled DER GROSSE GOTTLIEB, the greatest acrobat of his generation, will perform his final amazing trick. After building a tower of chairs thrice the size of the Eiffel Tower, he now has built a tower of mythical proportions, high enough to knock on heaven’s door to visit the stars! Der Grosse Gottlieb is the second addition in a series of fantastical dioramas for virtual reality by interactive illustrator Daniel Ernst. 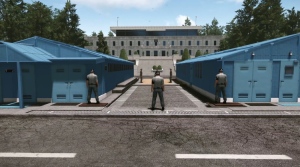 Synopsis: DMZ: MEMORIES OF A NO MAN’S LAND takes the viewer to a place where they are forbidden to go: The Korean Demilitarized Zone, a strip of land about 248 km long and 4 km wide that separates North and South Korea. In this revealing VR documentary you will discover the zone through the memory of a former soldier. 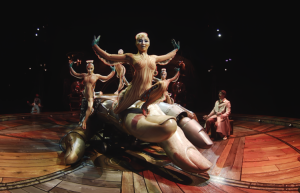 Synopsis: Step on stage and immerse yourself Inside The Box of Kurios – Cabinet of Curiosities from Cirque du Soleil! A mysterious and fascinating realm that disorients your senses and challenges your perceptions, leaving you to wonder: “is it real, or just a figment of my imagination?”

Synopsis: THE LAST MOUNTAIN is an original story about a rock creature in search of companionship, written and directed by Avram Dodson. It sought to answer a couple key questions about translating cinematic conventions to this new medium: do camera cuts work in a 360 degree environment when the viewer is in control? Can the viewer’s gaze be effectively directed? Is it possible to have the camera move without causing nausea?

Synopsis: More than 100000 chemical reactions happen in your brain every second. So what about the moment you saw the girl of your dreams, and she saw you? If we could capture those few seconds what would the data look like? LOVR is a document of this moment. A story of love, told through neural activity captured over 4 seconds. As chemicals are released and areas of the brain activated, a form of poetry is revealed within the data. The heart beats, the iris dilates and time stands still as two lovers see each other for the first time.

Synopsis: A man visits a female archer, and chaos ensues.

Synopsis: Narrated by Susan Sarandon, THE NEPAL QUAKE PROJECT uses Virtual Reality technology to immerse viewers in the aftermath of the Nepal earthquake. The film not only marks the first in natural disaster VR, but it represents the future of news and action. 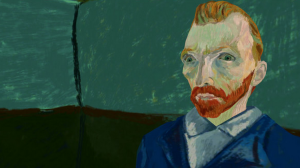 Synopsis: THE NIGHT CAFÉ is an immersive VR environment that allows you to explore the world of Vincent van Gogh first hand. Take a moment to enjoy his iconic sunflowers in 3 dimensions or walk around the chair he painted in his bedroom to see it from another angle. Step into the vivid colors straight from his palette.

Synopsis: SIGHTLINE: THE CHAIR is a surreal experience that demonstrates virtual reality’s full potential both in creating a variety of worlds that feel real and creating realities that behave unlike anything you might know. In SightLine, the moment you shift your gaze the environment changes–a unique interaction that could point the way towards smooth scene transitions in cinematic virtual reality. 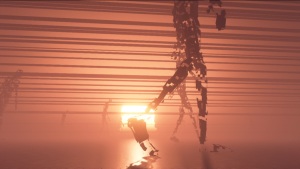 Synopsis: SURGE is an abstract meditation on the evolutionary process and its relentless march towards complexity. Built with Unreal by artist Arjan van Meerten, Surge was produced over the course of a year with Arjan creating all of the music, animation and code himself. With thousands of downloads, Surge is currently the highest rated experience on Oculus Share.

Synopsis: What is it like to die? That is the question at the heart of Tana Pura, an audio-visual exploration of the moments following death and the soul’s transition into the afterlife. With haunting music composed by Jonny Greenwood, Tana Pura draws inspiration from The Tibetan Book of the Dead and The Psychedelic Experience.

Synopsis: Way to Go is a walk in the woods. It is an astonishing interactive experience, a restless panorama, a mixture of hand-made animation, 360˚ video capture, music and dreaming and code; but mostly it is a walk in the woods, c’mon. Created by Vincent Morisset, Philippe Lambert, Édouard Lanctôt-Benoit & Caroline Robert (AATOAA). Produced by the NFB & France TV.

Synopsis: A moving VR documentary by war journalist Christian Stephen that transports the viewer to Aleppo, Syria, an ancient city that is now one of the most dangerous war zones on earth.

DATES FOR THE 2015 KALEIDOSCOPE VR FILM FESTIVAL PRESENTED BY VRIDEO

(Check the website details on venue location and event timing)

Tickets for all festival stops are available for purchase at http://vrfilmfest.eventbrite.com and www.KaleidoFilmFest.com.

Founded in May 2015 by entrepreneur René Pinnell and former Industrial Light & Magic technical director Michael Breymann, Kaleidoscope is a VR agency that works with independent artists to produce virtual reality films for brands, entertainment companies, and the general public. Kaleidoscope’s mission is to empower independent VR artists by promoting their work, producing original content, fostering new talent and raising the visibility of VR as the new frontier of film and entertainment. For more information, please visit Kaleidoscope’s website and follow Kaleidoscope on Twitter.

Vrideo is the world’s most fully built out immersive video platform, a suite of products that allows consumers to discover and stream immersive video across the web, mobile devices, and VR headsets. Vrideo is hardware-agnostic, enabling content creators to upload once and have their videos instantly available across the universe of VR and non-VR devices. The company, based in Los Angeles, was founded in 2014 by Alex Rosenfeld and Kuangwei Hwang.

WELCOME TO THE JUNGLE!

The Hollywood 360 Spotlight: Ellen Gerstein, Director and Star–“Come Away with Me”