“I like people around tables, I like the bands performing informally, I want people to dance and interact with the musicians.  In other words…the BMW Palm Springs Jazz Festival was one big party,” said Patte Purcell, the producer of the concert.

Last Monday night, Oct 5th, from 5pm to 12:44am the next day, musicians and fans whooped it up.  Three hundred people attended the concert in the main ballroom of the Riviera Hotel in Palm Springs, CA and the party hardy crowd afterwards stayed to watch the jam.  Greg Adams and East Bay Soul were the main featured act and roared like jazz funk lions.  Joe Baldino’s 10-piece band with Deanna Bogart, Hans Zermuehlen, and Chase Huna delighted everyone with their tight playing and Slim Man kicked off the night with his sexy, sleek songs.

The festive atmosphere jolted the moods of all… throughout the evening the dance floor rocked with stomping feet, guests ran around the huge room taking pictures at the BMW backdrops on both sides of the room, musicians joined the fans after their performance conversing and listening to the next band up. BMW displayed two ultra lustrous new model cars, which would have pleased James Bond.

The father and son photographer team of Jack and Mikey Cohen of Smooth Jazz Live Top 25 Radio Show captured the whole evening with their phenomenal shots of the musicians and partygoers.

The Hollywood360 team set up a special interview with Greg Adams, founder of East Bay Soul and lead vocalist, Darryl Walker which took place right after the sound check.  Sheryl Aronson conducted the interview while Linita Masters periscoped it.

Sheryl Aronson/ H360: Greg, what are your goals when you’re performing?

Greg Adams: My goal is to entertain and to spread the style of music… and sell a couple of CD’s. (LOL) Give us a stage and we’re ready to perform.

Sheryl Aronson/ H360: Describe your signature as a musician. 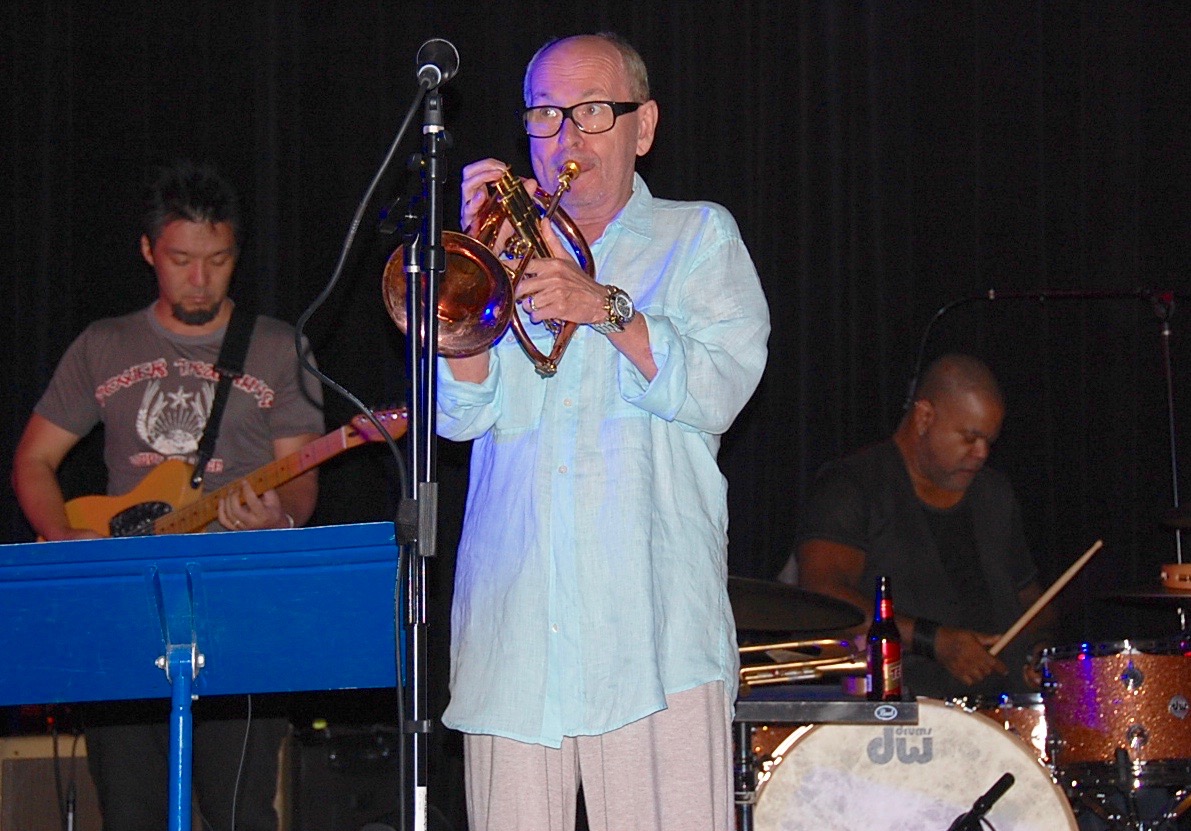 Sheryl Aronson/ H360: This is your second time playing for the Palm Springs jazz festival.  Talk about why you like to play here.

Greg Adams:  Last time we played at the Hacienda and it was a scream.  It holds about 100 people.  It was nutty… there was no stage so we played on the floor.  But to be asked back again so soon was an honor.  Patte Purcell is ability to T do a concert at this level is admirable especially BMW putting their name on it. It’s a great concept… a lot of people who like music and like to party.

Sheryl Aronson/ H360:  What else has your band been up to?

Greg Adams: This weekend was a blur for us.   Saturday morning we were at KSBR radio station with Gary and Kelly who will be our emcees at the Mike Jones Benefit Performance.  I did a brunch at Spaghatiniis for 94.7 the WAVE and I sat in with DW3.  I gave flyers to every table for the benefit concert.  So many people knew Mike and said,” we’re coming.”

The performance will be at the Redondo Performing Arts Center, Oct 24th.

Greg Adams: The single Hush, Hush is charting on Billboard.

It was time to turn to Darryl Walker, the lead vocalist/sax player for East Bay Soul.

Sheryl Aronson/ H360: Describe what it’s like being a member of East Bay Soul?

Darryl Walker: This is the amazing thing… synergistically with these ten people, we work so well together. It’s how it is …what they know… how they get it together. We enjoy being onstage and have nice relationships off stage. The human elements and musically speaking, there isn’t a better situation.

Sheryl Aronson/ H360: You have a new single out as well, Hold Me.  How is your single doing?

Darryl Walker: It’s doing very well in the southern part of the USA and the mid-west.

East Bay Soul tore the house down later that night with Greg Adam’s always funky and melodic full bodied horns, the wild ecstatic guitar playing of Kay-Ta Matsuno, the seething keyboardist Joey Navarro, and a thumping rhythm section, then topping it all off with the creamy, sensual vocals of Darryl Walker.

However, My favorite moment of the whole night was when Greg Vail wailed bloody murder on his sax while he bent so low, he practically hit the floor. That MAN HAS CHOPS AND THEN HE BRINGS OUT MORE CHOPS…WOW!!!

The next morning on the patio of The Riviera Hotel, I had breakfast with Patte Purcell, producer of the BMW Palm Springs Jazz Festival and Sheree Lillie, Publicist and co-producer

The producer talked about how she created the first jazz festival in Palm Springs this summer.  “ We really needed something here to do in the summertime so I decided to throw a party at the Hacienda Restaurant where really good jazz would be played.  We had Greg Adams and East Bay Soul plus Joe Baldino with Deanna Bogart and Chase Huna and lastly Slim Man.  It was such a success that the Riviera Hotel asked me to do a jazz festival at their resort/hotel.”

This time Ms. Purcell teamed up with publicist and promoter, Sheree Lillie to take on a much bigger event.  The two women met at a concert in Palm Springs and decided they wanted to work together.  It seems like a match made in heaven because each woman contributes her special talent to the relationship.  Purcell said, “Sheree adds a finesse to our team, she looks at all the details in everything she does and is so classy.”  Sheree Lillie added, “Patte is my production partner and it’s a privilege to work with her because Patte is so passionate about what she does and brings integrity to each project.”

All seven-television stations in Palm Springs sponsored the event at the Riviera Hotel & Resort.  Commercials ran for 30- second spots every hour for many weeks before the festival occurred.  Palm Springs BMW also decided to underwrite the event and was very supportive in contributing to the success of occasion.  Purcell had to fill a ballroom on a Monday evening.

“We had 300 people attend.  BMW displayed two of their newest model cars.  People danced to the funky and jazzy music.   The after party was fabulous as well,” Purcell said. “We went over time because so many musicians wanted to jam.”

Willie Payne, the co-producer of the Cancun Labor Day Jazz Festival talked about the concert/party, “I liked the room they were in.  Patte did a good job getting all the people there. I went to the VIP room and it was very well set up with food and drink.

Slim man did very good job… Greg Adams is always hip because of the horn section he’s got.  This was the first time seeing Deanna Bogart and I found her interesting. My overall experience was very good.”

Patte Purcell wants to develop Palm Springs as SmoothJazz’s capital city.  “I want to see the desert bloom again in entertainment world.  We had the Rat Pack and many musical stars have lived in the city.  It’s time to bring back that magic.” 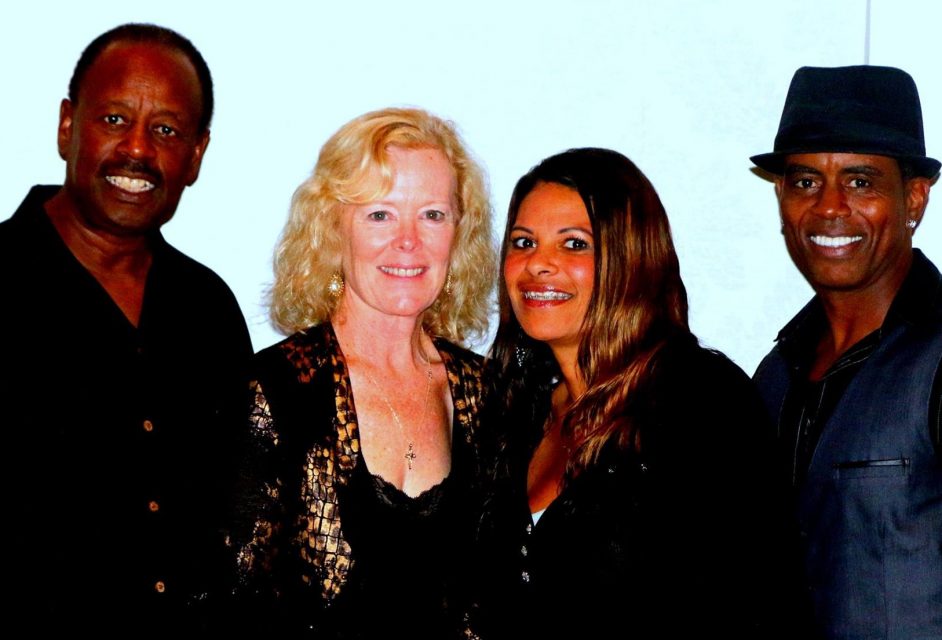 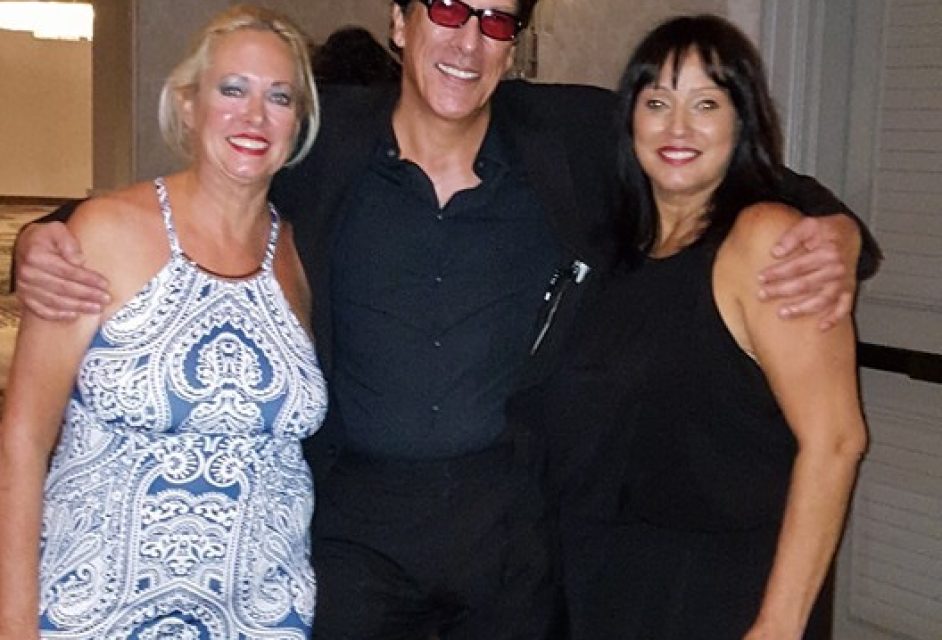 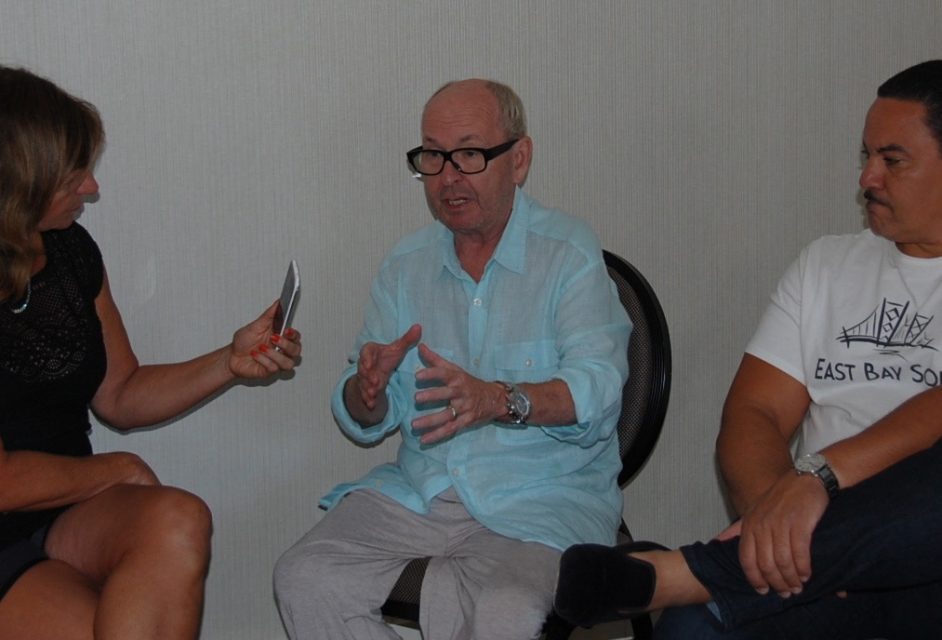 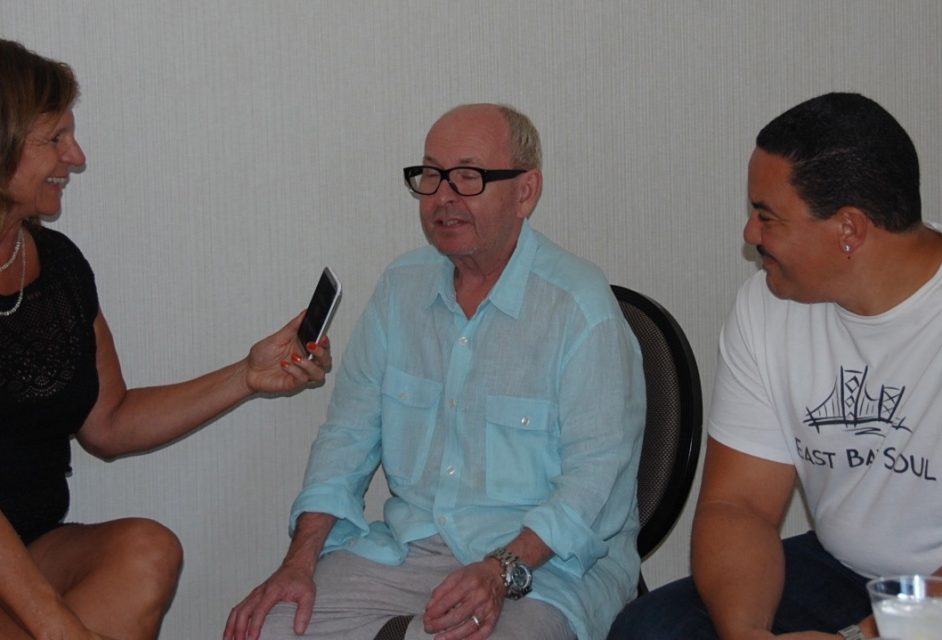 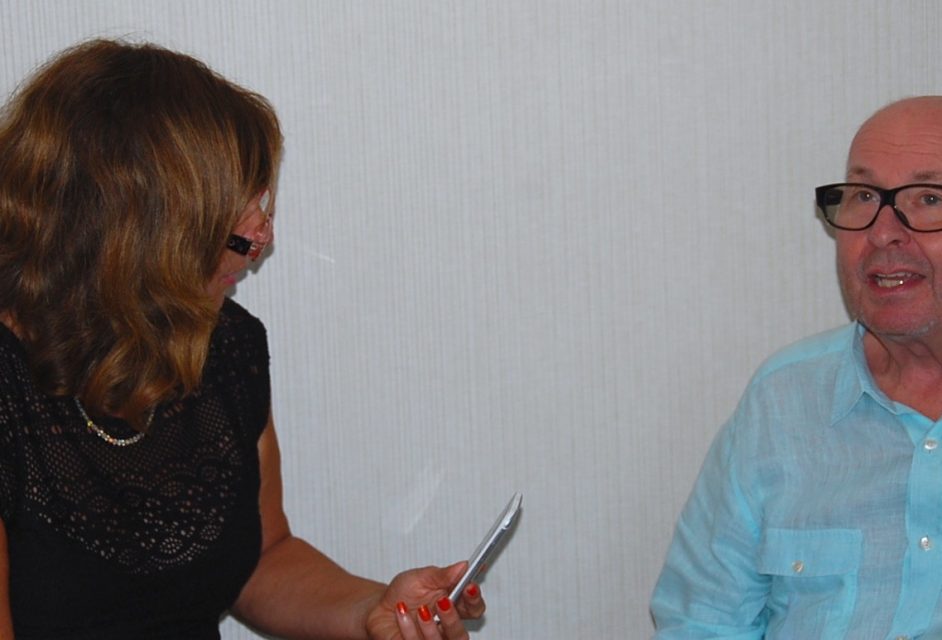 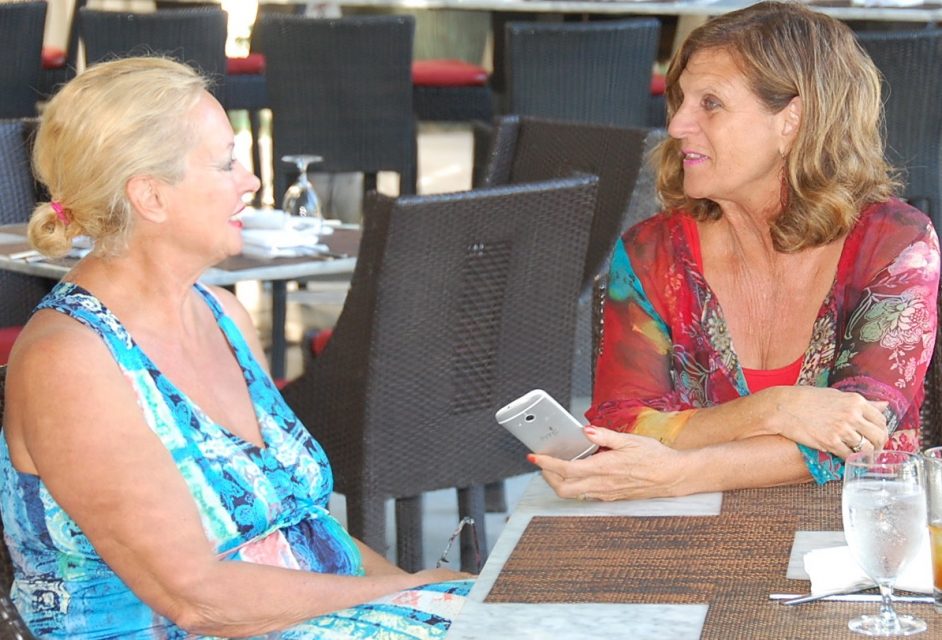 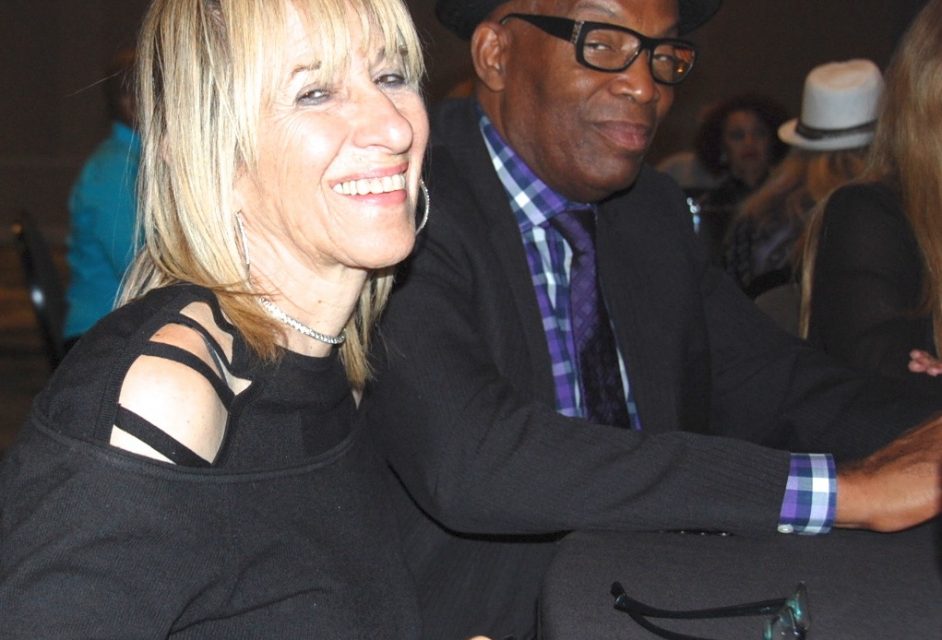 Purcell ended saying, “I want to increase the fan base for these types of jazz and create a bigger scope for jazz lovers.  It’s time to bring a big jazz festival to the desert.  I will call it” hot days and cool nights of jazz.”