From leaving the office to grinding all night in the studio, to street promotions, to doing shows from city to city, Indie Artists hustle and they hustle hard to be heard. On Saturday, October 15, LUE Productions will be acknowledging those hardworking artists at the 2nd annual “My Music, My Mic: Indie Artist Award Show”. The award show will take place from 6 p.m. to 11 p.m. at the Sports Center at the National Orange Show located at 690 S. Arrowhead Street in San Bernardino. 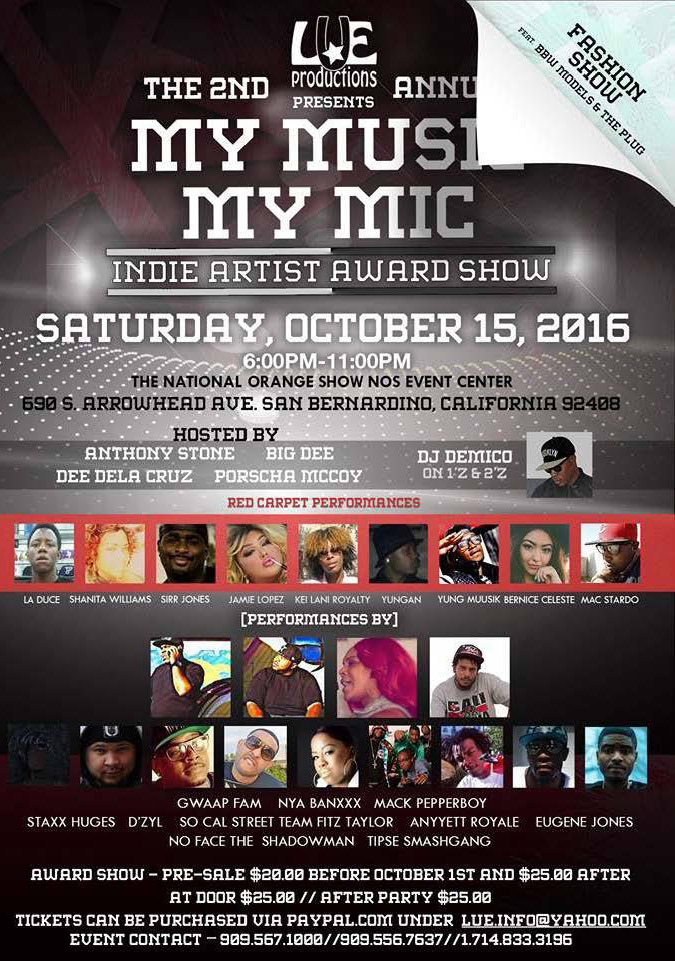 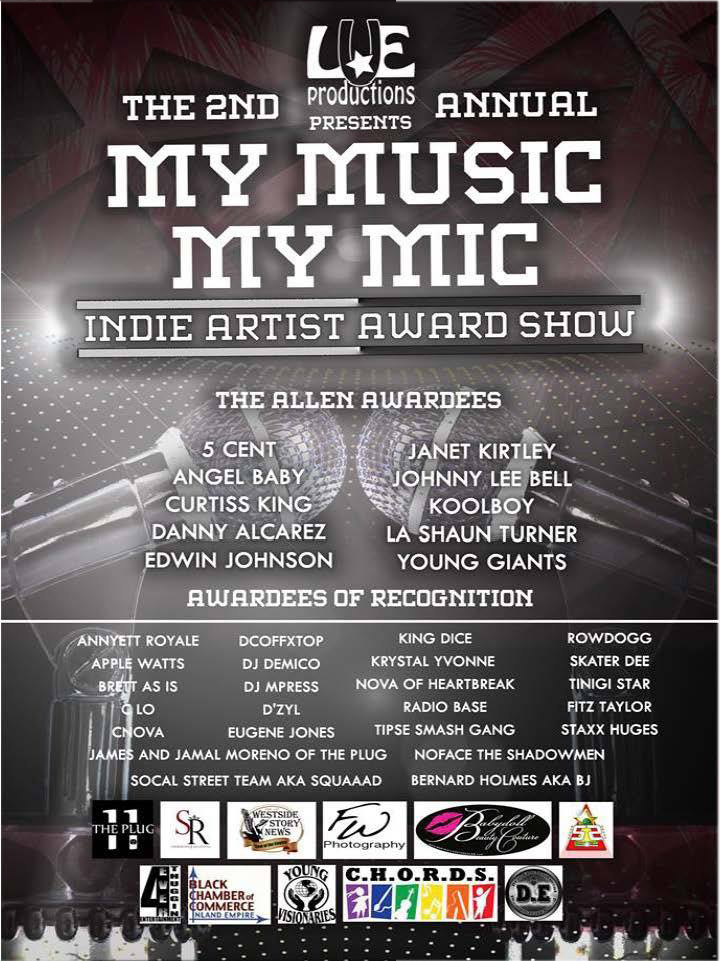 The recipients that will be recognized this year include: Annyett Royale, Apple Watts, C LO, CNova, James & Jamal Moreno of The Plug, So Cal Street Team a.k.a. Squaaad, DCorfxtop, DJ Demico, DJ Mpress, D’zyl, Eugene Jones, King Dice, Krystal Yvonne, Nova of Heartbreak, Radio Base, Tipse Smash Gang, Noface the Shadowmen, Bernard Holmes a.k.a. BJ, Fitz Taylor, Rowdogg, Skater Dee, Staxx Hughes, and Tinigi Star. In addition to the artist award recipients, there will also be special community recognitions of individuals and companies that will be receiving The Allen Award for their hard work, dedication, and commitment that show in the community and for the support that show indie artists. These individuals include: 5 Cent, Angel Baby, Curtis King, Danny Alcarez, Edwin Johnson, Janet Kirtley, Johnny Lee Bell, and LaShaun Turner.

In addition to the awardees there will be a special guest speakers. Terrance Stone of Young Visionaries and LaNae Noorwood of United Nations of Consciousness will be bringing their wisdom to the stage. There will also be a special performance from Inland Empire’s hip hop legend, Dirty Birdy. 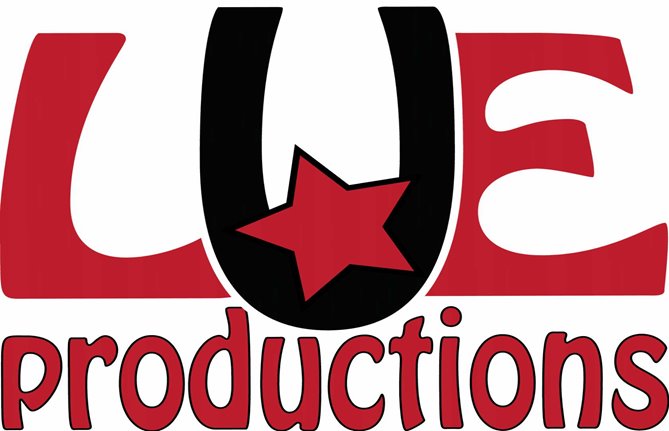 Field of Vision Presents THE VOTE, by Mila Aung-Thwin and Van Royko