Field of Vision Presents THE VOTE, by Mila Aung-Thwin and Van Royko

Co-creators Laura Poitras, AJ Schnack and Charlotte Cook are proud to present the next film in Field of Vision, Mila Aung-Thwin and Van Royko’s THE VOTE, which captures Myanmar at a crucial moment, during the first democratic elections after decades of being governed by an authoritarian military regime. The film had its world premiere on Monday at the New York Film Festival. 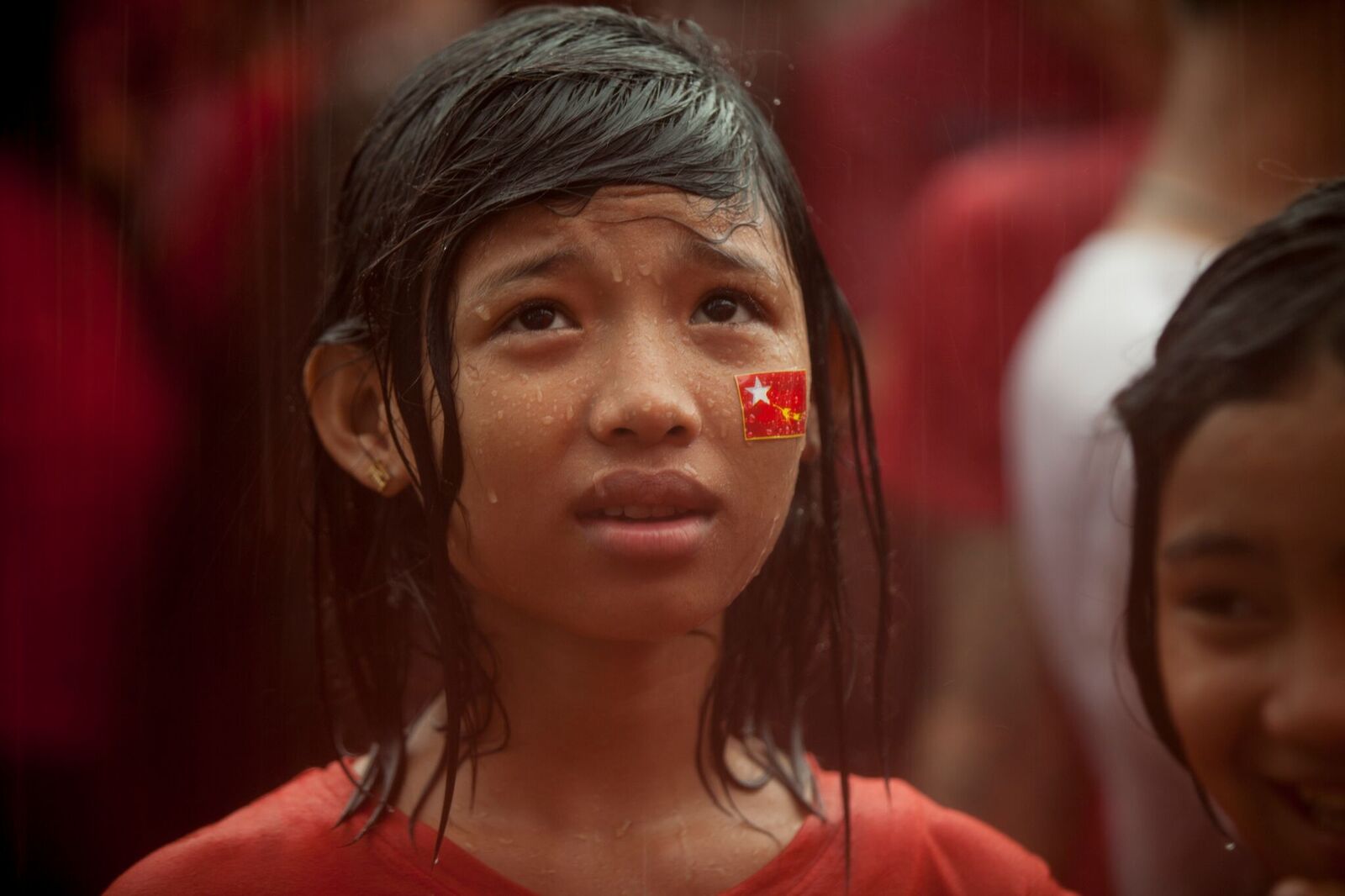 In November 2015, on the brink of their first true democratic elections, Myanmar is at an incredible turning point. An oppressive military regime and international sanctions had kept the country sealed off from the world for decades. However, this is all changing; since 2011 the ruling government has been consciously loosening its grip on power and paving a possible transition to true democracy. A date for a general election is set but many citizens temper their enthusiasm as they continue to live with the broken promises of previous years. THE VOTE observes the cautious optimism of ordinary residents on the bustling streets of Yangon, as they prepare to cast their ballots.

Watch the film at the Field of Vision site:  http://www.fieldofvision.org

Mila Aung-Thwin is a Burmese-Canadian filmmaker and co-founder of the Montreal-based production company EyeSteelFilm. He has produced over 25 documentaries, such as Last Train Home (winner of two Emmy Awards), Up The Yangtze (Golden Horse Award Winner), and Forest of the Dancing Spirits (IDFA First Appearance Award). For the last 2 years, he has also worked with the Human Rights Human Dignity Film Festival in Yangon, training young people to make documentaries. He is currently directing Let There Be Light, a feature documentary about the decades-long quest for nuclear fusion. 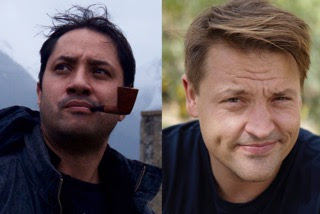 Van Royko, MA, CSC is an award-winning cinematographer and director from Montreal, Qc. He was born and raised in small town British Columbia and moved to Montreal to study film making at Concordia University where he received is BA and MFA. Currently, Van is co-directing EyeSteelFilm’s feature documentary about the energy of the future, Let There Be Light. He is also completing an episode of the popular CBC documentary arts program Interrupt This Program. Van’s past work has included cinematography for the award winning films of celebrated directors Nettie Wild, Yung Chang and Sturla Gunnarson. He has also collaborated on a pair of gallery installations with Oscar-winner Denys Arcand.

About Field of Vision:

Work created by Field of Vision has been featured at major international film festivals, including Sundance, Cannes, SXSW and Rotterdam and has received a number of Grand Jury Prizes for Short Documentary, as well as a News and Documentary Emmy nomination. Three Field of Vision films have been shortlisted for the 2017 Cinema Eye Outstanding Nonfiction Short Film Honor. In addition, Field of Vision won the Webby Award for Online Film & Video – News & Politics: Series.

Laura Poitras [Co-Creator] is a filmmaker and journalist. Her film CITIZENFOUR won an Oscar for best documentary, as well as awards from BAFTA, Independent Spirit Awards, and the Director’s Guild of America. The first film in her post-9/11 trilogy, My Country, My Country, was nominated for an Oscar. The second film, The Oath, was nominated for two Emmys. Her reporting on NSA surveillance received the George Polk Award for National Security journalism, and shared in the 2014 Pulitzer Prize for public service. She recently exhibited her first solo museum show at the Whitney Museum of American Art.

AJ Schnack [Co-Creator] is a nonfiction filmmaker. His work includes Speaking is Difficult (2016), Caucus (2013), We Always Lie To Strangers (2013), Convention (2009), Kurt Cobain: About A Son (2006) and Gigantic (A Tale of Two Johns) (2002). He has created episodic series on American electoral politics for Vanity Fair (Nomination, 2016), Fusion (Primaries, 2016) and Al Jazeera America (Midterms, 2014). He is the Founding Director of the Cinema Eye Honors for Nonfiction Filmmaking and a graduate of the University of Missouri School of Journalism

Charlotte Cook[Co-Creator] is a curator, writer and producer. Prior to Field of Vision, she was the Director of Programming at Hot Docs, North America’s largest documentary festival. In London, Charlotte was the Head of Film Programming at The Frontline Club. She has also worked with BBC Storyville, the Channel 4 BritDoc Foundation’s Puma Creative Catalyst Fund and the Edinburgh International Film Festival, where she curated the strand Conflict | Reportage. In addition to her work at Field of Vision, Charlotte is currently a programmer at CPH:DOX. 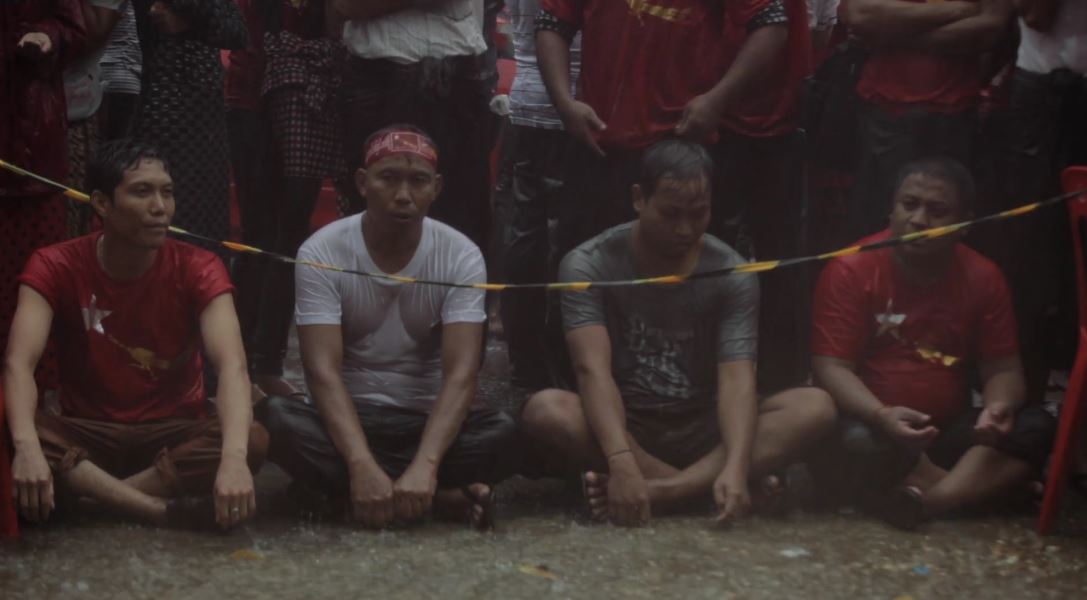 First Look Media is a new-model media company devoted to supporting independent voices across all platforms, from fearless investigative journalism and documentary filmmaking to smart, provocative entertainment. Launched in 2013 by eBay founder and philanthropist Pierre Omidyar, First Look operates as both a studio and digital media company.

Steve Oliver “Pictures and Frames” His First All Vocal Album