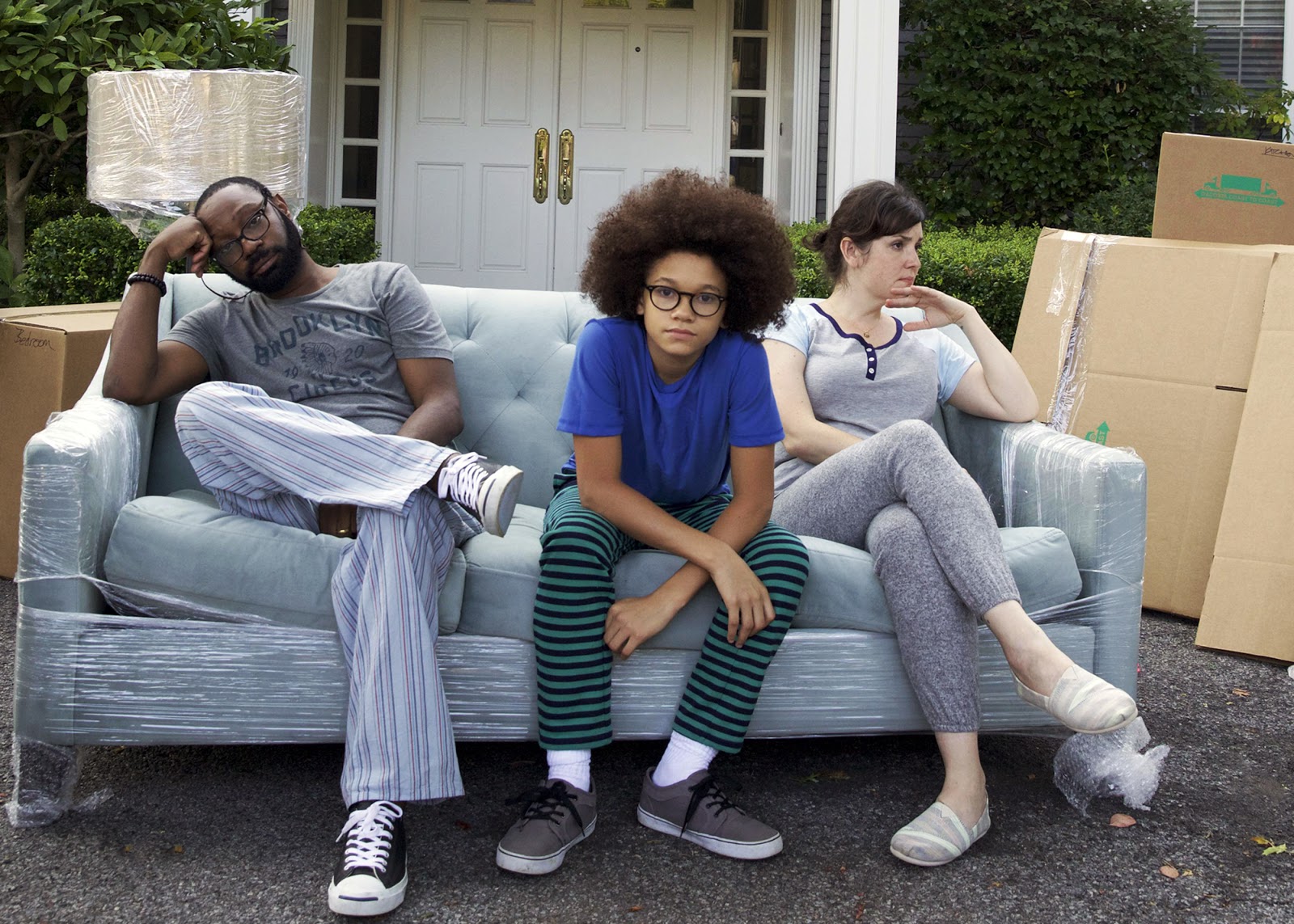 It’s the summer before 6th grade, and Clark (Jackson) is the new biracial kid in a very white town. Discovering that to be cool he needs to act ‘more black’, he fumbles to meet expectations. Meanwhile, his urban intellectual parents Mack (Ellis) and Gina (Lynskey) try to adjust to small-town living. Accustomed to life in New York, the tight-knit family is ill-prepared for the drastically different set of obstacles that their new community presents. They soon find themselves struggling to understand themselves and each other in this new context.

The film premiered at the 2016 Tribeca Film Festival, where it received a warm reception from critics. IndieWire praised Lynskey’s performance as “radiantly real” and called Howell’s script “knowing and perceptive”, noting approvingly that the film “addresses delicate questions about how our national conversations shape and seep into younger generations.” Variety concurred, hailing Ellis and Lynskey as “warm, funny and credible” and the film’s gentle touch on “issues of race, class and privilege”.

“LITTLE BOXES is as heartwarming as it is timely,” said Gunpowder & Sky Distribution’s Jake Hanly. “Rob unpacked a very complex issue in a way any audience can understand and relate to.”

Director Rob Meyer said, “It’s a thrill and an honor to team up with Gunpowder & Sky Distribution for the theatrical and VOD release. They distribute the kind of movies that I want to watch.” Producer Jared Ian Goldman added, “The Gunpowder & Sky team love the heart, humor and commentary of LITTLE BOXES as much as those of us who made it. They understand the timeliness and nuance to the mix-ups, misunderstandings, and stereotyping that the story utilizes so successfully.”

The deal with Gunpowder & Sky Distribution was negotiated by UTA on behalf of the filmmakers.

Gunpowder & Sky Distribution, formerly FilmBuff, is part of Gunpowder & Sky, a global studio dedicated to creating, marketing and distributing video content independent of form, genre or platform. Gunpowder & Sky collaborates with both emerging and established talent to generate premium video content ranging from 90-second to 90-minute stories on various platforms. With in-house development, production, marketing and distribution capabilities, the company operates as a full 360-studio and oversees a library of over 1500 titles.