“Reach,” a high school dramedy about bullies and the power of friendship,will be screened for the first time at the American Film Market (AFM) for distributors Tuesday, November 7 at 10am in Santa Monica, announced co-writer and producer, Maria Capp, Cappricielli Productions, Inc. To attend, distributors can contact Capp directly. Autumn Bailey and Charles Box produced “Reach” along with Capp. 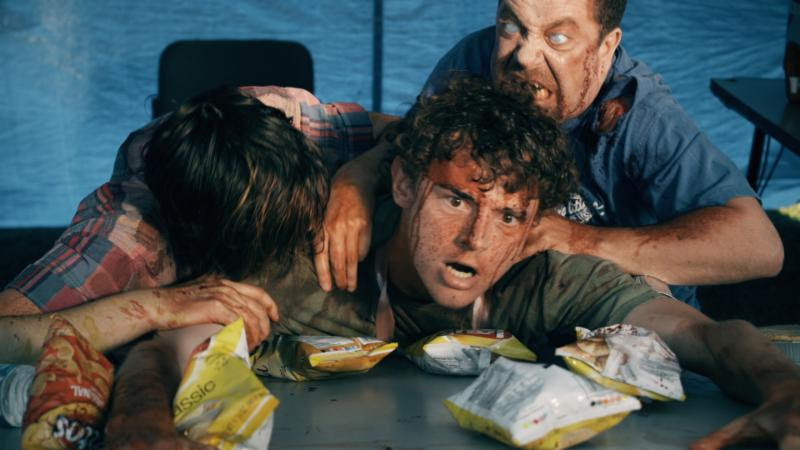 Garrett Clayton (“Hairspray Live!”), Jordan Doww (“HollyWEIRD”), and Joey Bragg (Disney’s “Liv and Maddie”) are among thecast of talented young Hollywood actors in “Reach.” Capp co-wrote the script along with Johnny James Fiore and Grant Harling, who both also star in the film.

“We’re excited about the interest from distributors, and are scheduling meetings for this weekend ahead of our Distributor Screening on Tuesday.  We released the AFM Teaser Poster for “Reach” today featuring our high-profile cast of young talent, and I know their fans will love it! On December 15, we are giving away four autographed posters for four lucky fans, one from our website, and one from the ‘Reach’ Facebook, Instagram, and twitter pages,” said Capp.

In “Reach” a socially awkward genius, Steven Turano (Garrett Clayton), divulges to a pro-suicide support group that he plans to kill himself. Although his first attempt is unsuccessful, he is determined to find a way to escape his suffering. He is constantly picked-on by former childhood friend and school bully, Nick Perkins (Jordan Doww), and his widowed father, for whom he harbors a deep resentment for over his mother’s death. However, when Clarence (Johnny James Fiore), the new quirky kid in school, befriends him, Steven’s plans are side-tracked, and he begins to REACH out beyond his comfort zone to form stronger relationships with his father, friends (Joey Bragg, Steven Capp, Rio Mangini) and teachers. 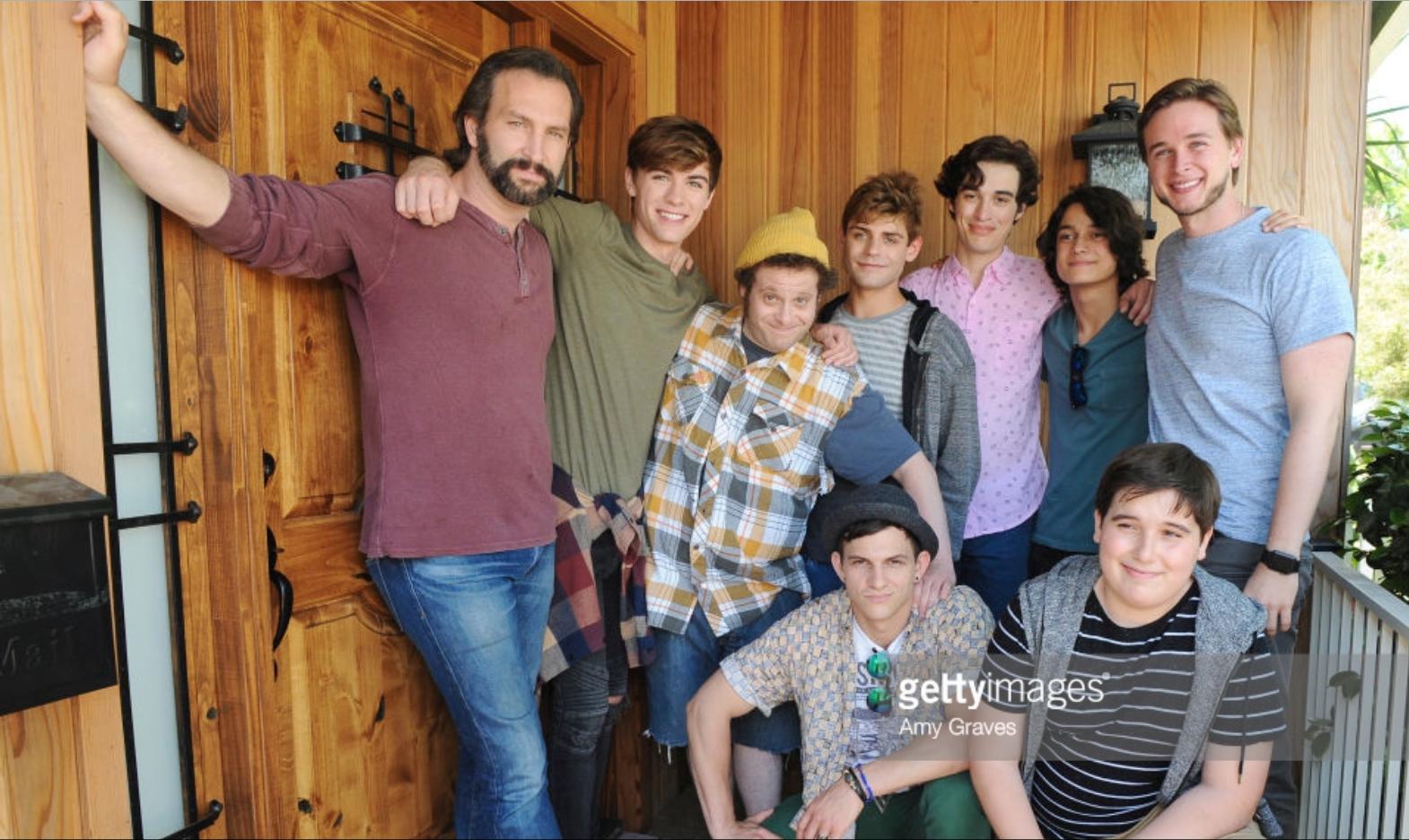 “Reach” is a window into the private lives of both bullies and their targets, and shows how the power of one small gesture can change the course of one’s life.  “Reach” was awarded Best Feature Screenplay in The Hollywood & Vine Film Festival in 2015. 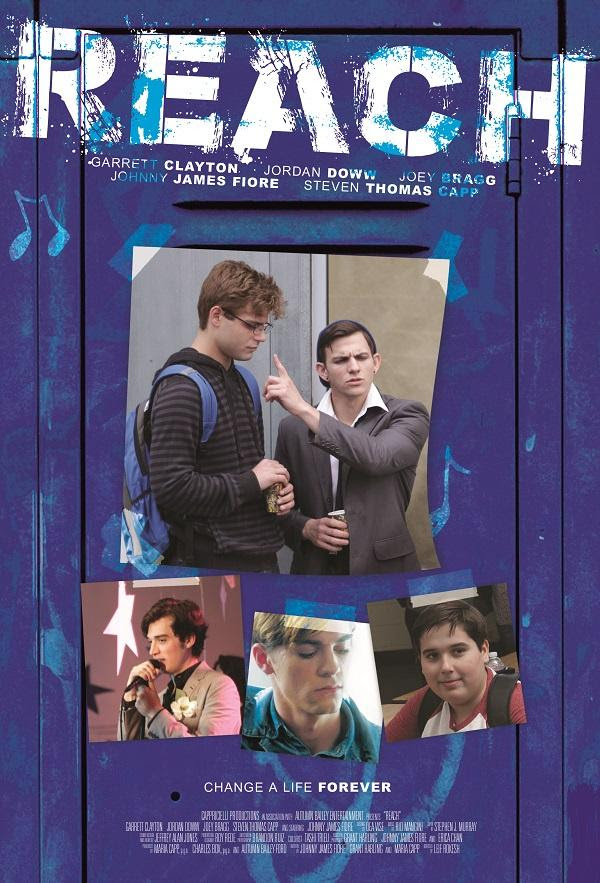 Garrett Clayton is best known for his leading role in the hit Disney Channel movies “Teen Beach Movie,” and “Teen Beach Movie 2.” Clayton starred as Tanner, the sun-bleached surf star of a classic teen beach movie “Wet Side Story,” where two kids from the present find themselves mysteriously trapped. More recent projects include the lead role opposite James Franco and Christian Slater in King Cobra, the thriller Don’t Hang Up and starring opposite Harvey Fierstein, Jennifer Hudson, Kristin Chenoweth and Martin Short in NBC’s “Hairspray Live!” He recently starred opposite Al Pacino and Judith Light at the Pasadena Playhouse in God Looked Away.

Nominated for a FOX Teen Choice Award alongside Ellen DeGeneres, Kevin Hart, Jimmy Fallon, Aziz Ansari, James Corden and amassing over 1 million followers online, Doww is a force to be reckoned with. Doww debuted his live comedy show “HollyWEIRD,” which was also written and directed by him and includes his take on the Hollywood experience via standup, improv, and song and dance. The show sold out in major venues including Hollywood Improv, and Caroline’s on Broadway. Doww recently wrapped production on the Writer’s Guild Award Winning AwesomenessTV Show “The Commute” for Season 2.

After wrapping the final season of top-rated Disney Channel show LIV AND MADDIE opposite Dove Cameron, Joey Bragg has recurred in Netflix’s sequel series WET HOT AMERICAN SUMMER: TEN YEARS LATER, and has guest starred in CRIMINAL MINDS as a serial killer. He also recently starred in the DISNEY XD original movie MARK & RUSSELL’S WILD RIDE and FULLSCREEN’s influencer-driven baseball themed feature film THE OUTFIELD, which hit number 1 on the ITunes drama charts over the summer. Previously, Joey was selected to be featured as part of Variety’s Youth Impact Report.  In stand-up, he has shared the stage with Dane Cook, Tim Allen, and Bob Saget. Joey has an impressive social media following, which includes over 1.8 million followers on Instagram.

HOW WE DEAL WITH HARD TIMES