Warning: session_start(): Cannot start session when headers already sent in /home/thehol22/public_html/wp-content/plugins/wp-viral-quiz-gr/wp-viral-quiz-gr.php on line 189
 Jack and Jill A Play About A Couple’s Bond Stronger Than Their Mishaps – The Hollywood 360

As Valentine’s Day approaches, I would like to repost my article on the theater production of Jack and Jill which starred Tanna Frederick and Robert Standley.  My perspective on the play was not only as an entertainment journalist, but as a couple’s expert and counselor for over 25 years.

Preface:  I have been a Marriage, Family Therapist for over twenty-five years specializing in the field of relationships and self-esteem.  Many couples have passed through my doors searching for that elusive happily ever after, we all believe our relationships should possess.  Why then do half of all marriages fail, why are relationships so difficult and challenging?  Ultimately, we are attracted to someone who is different than us…the differences make our mate intriguing, mysterious, and appealing.  But those differences turn into the exact complaints later on because now we wonder why that person doesn’t see life the same way we do.  Each person carries around their own “Book of Love” which dictates our beliefs on what a relationship should look like, feel like, taste like, what words feel loving, what words feel hurtful.  Yet very few people are aware of what’s inside their own book of love.  Such is the case of Jack and Jill. 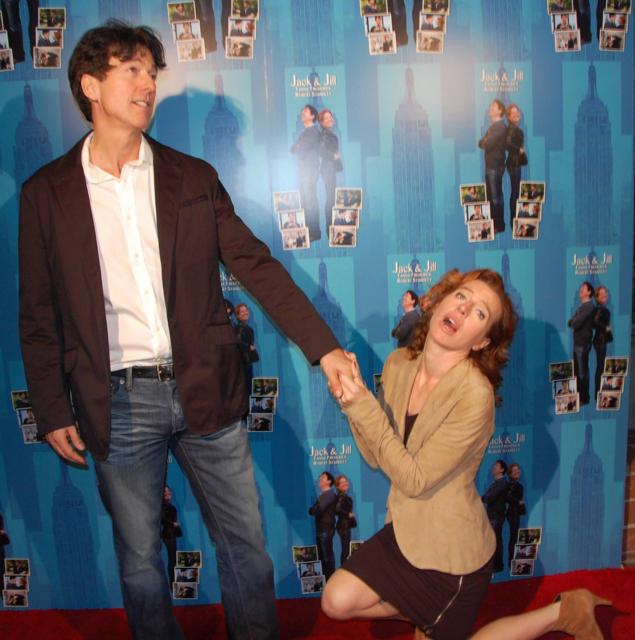 “No place is safe…” says the character Jack to his soon to be lady love, ironically named Jill, in the play Jack and Jill premiering last Friday night at the Santa Monica Playhouse.  Little did Jack realize he was foreshadowing the tumultuous relationship

both would partake in over many years.  Although the couple’s dysfunctional interrelating sparked with barbs that shock and bite holes into their tenuous psyches, their singular bond binds them strongly.

Tanna Frederick, aka Jill, said, “This play, even though written 20 years ago, is exactly what couples go through in today’s society.  The struggles haven’t changed: like who’s going make more money and sacrifice the career for the other, who feels ready to have children, how fear of vulnerability gets in the way of intimacy, and ultimately the differences between men and women in their communication styles.” 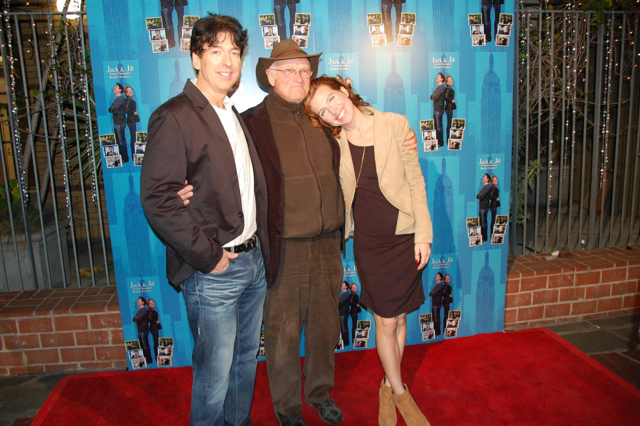 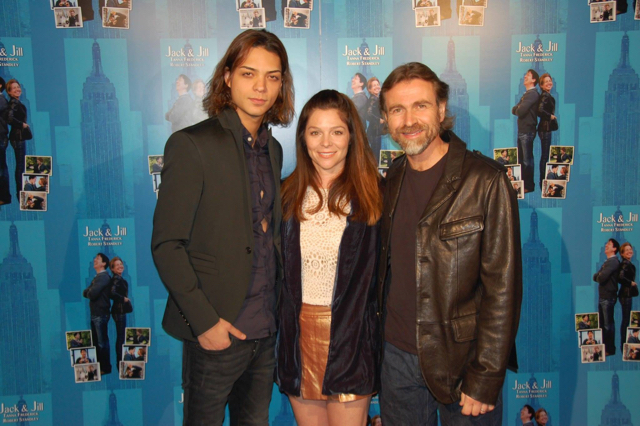 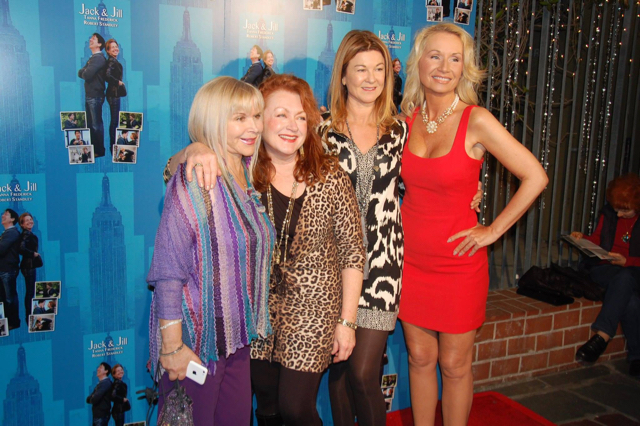 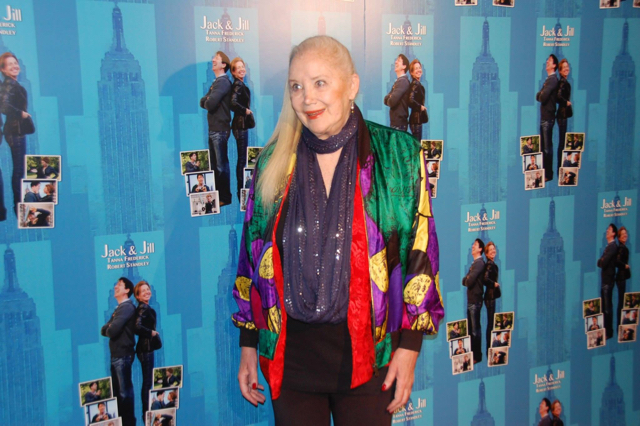 The reason why “no place is safe” between Jack and Jill is because neither one has found that emotional security within themselves.  Jill’s extreme anxiety about loosing her independence and insisting, “There’s no such thing as love…” consumes her ability to allow Jack into her vulnerable, intimate space.  The only time she’s able to surrender to his offer of unconditional love is when he wants to leave her.  This is what I call the push/pull of love.  Meaning each person has a certain tolerance level for intimacy based on one’s past history, and when our partner gets too close, we feel threatened; however,  when they pull away because of our actions, we feel abandoned and pull them back.

The audience watched Jack and Jill go through this painful dance throughout the story.  They court, marry, divorce, meet up years later, try again, and go through the same crazy antics then separate.  Until the very end, when maybe…. 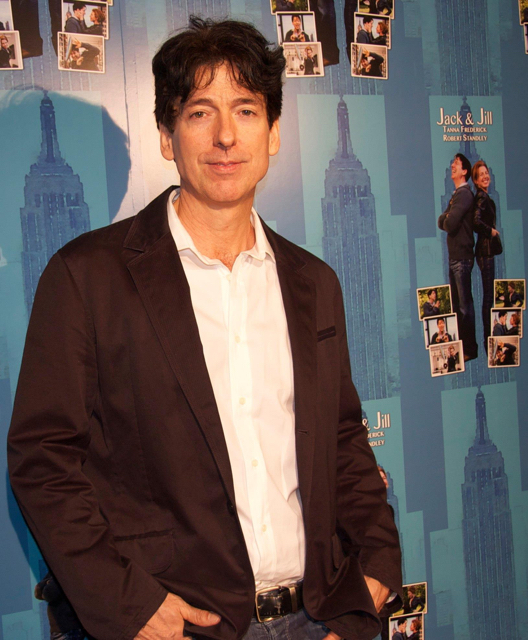 Robert Standley portrays Jack with sensitivity, and a delicious never- ending appetite to invent ways to win Jill’s love.  Basically, he’s the pursuer and appears to sacrifice for the cause of their relationship.  Standley at once is the bumbling, insecure, but adorable male putting his heart out there which he delivers perfectly…then he switches gears as the harassed, confused, angry partner and reveals the under belly of Jack’s frayed emotions…again Standley exposes skillful acting here.  The playwright gives us a likeable character and a reason to root for this man’s pursuit of “true love”.

Standley said, “My character truly believes in love and has the ideal to pursue it at all costs.  Jill resists that by protecting herself and laying out the rules. My character keeps asking ‘why don’t we dig into the love and see what happens.’”

Jack’s character is also quite funny and Standley’s comic timing combined with his cloak of intelligent and self -deprecating witticisms crack the audience up.   When Jill finally decides she wants to let down her icy guard, his last sweet speech about needs makes you want to hug him … “someone who needs somebody back who hasn’t met the other’s needs shouldn’t expect the one whose needs hasn’t been met to say yes to the one who needs them…” These tricky words are surrendered with deft rhythm plus complex feelings by Standley.  Jack is dead on with the sentiment. 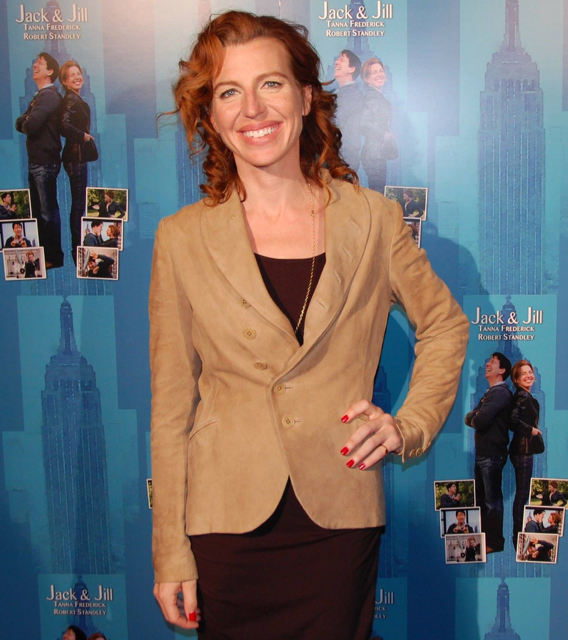 Tanna Frederick’s role is difficult to carry off because her character isn’t necessarily likeable.  Jill’s stringent rigidity in letting down her guard tires one out.   However, Ms. Frederick’s performance topples over with a vivid honesty showing the cracks in Jill’s independent demeanor; yet Frederick brilliantly releases a seeping vulnerability, as Jill tackles all her issues.  Frederick brings a quirky, brainy humor to light allowing the audience to laugh at Jill’s extreme feminist attitudes.

“Jill’s character reacts out of her fear.  She tries to control things in her environment, then switches the tides so she can set the rules and makes the relationship safe for her.  Jack is following along with the rules but she runs anyway. It’s not uncommon when we are perfectionists to be scared and not be able to face our vulnerabilities and challenges,” Tanna reveals.

Director, Jack Heller is an actor’s/director meaning he allows them broad freedom to express their characters onstage.  In the program he quotes David Ackert’s words:  “Actors are some of the most courageous peoples on the face of the Earth.”  Heller gave both of these artists plenty of room to bring their interpretations to the parts.  Displaying courage is certainly an aspect of both actors’ repertoire in this theater production of a struggling couple. At the end of the evening both Standley and Frederick appear looking a bit frazzled because of the intense emotions each handled playing their roles.  Yet, Tanna and Robert kept up their playful personas as they posed for fun pictures. 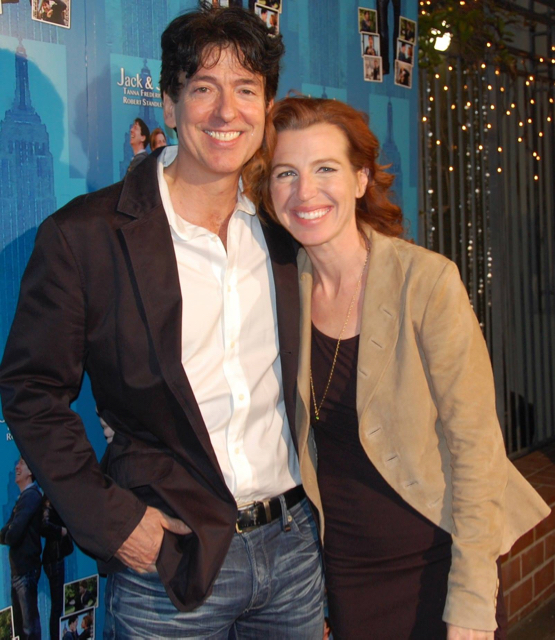 The playwright of Jack and Jill, Jane Martin, is really a male writing under a female’s name.  Tanna Frederick comments about this fact, “Jane Martin wrote this under a pen name.  Jon Jory is a male playwright who when exploring a story from a woman’s angle, decided to call himself Jane.”  Somehow this fact makes sense because I find that the roles are usually reversed in the “intimacy game” of relationships.  I’m not saying there aren’t women like Jill who cling hard to their individuality and independence, but in most cases it’s the woman looking for closeness and fighting for the relationship.  Ultimately, it doesn’t matter which sex fulfills the role of working hard in making love work.  Both parties need to participate equally.   Someone eventually is going to get sick and tired of putting out more energy than the other.  When this occurs, the door can permanently close in the other person’s heart.

Luckily, Jack doesn’t quite do this to Jill at the end when she makes a desperate plea for herself.  The play leaves a freckle of hope that maybe love will conquer all.

Tanna Frederick:  “Divorce is rampant in this society. It’s necessary to be brave and explore how you get back in the saddle again if love’s going to mean something.”

Robert Standley:” True love still exists out there whether you want to admit it or not.   This play demonstrates how putting the right effort in with the right person, love can actually prevail.”

For all you couples out there, this is a must see so you can take the temperature of your relationship and see how it’s doing. And if you’re single, there are a few lessons to learn here about the pitfalls of love.