BISEXUALITY ON STAGE HAS BEEN UNDEREPRESENTED

What better way to educate, enlighten and entertain the audience by peeling and revealing their most torrid love affairs!

My hit play MARILYN MY SECRET! ran for two years in West Hollywood at Macha Theatre//films. I wrote it because, I was intrigued with the love affair of six years between Natasha Lytess and Marilyn Monroe. Natasha Lytess was the head acting coach at Warner Brothers, when she was assign Marilyn Monroe as her student. Ms Monroe was a 19 year old bit player who Natasha Lytess shaped into Hollywood’s Goddess of love. The blonde bombshell and sex symbol of the 1950’s. However, in my play Marilyn Monroe did not commit suicide she was murdered. During her secretively autopsy some of her organs went missing. So a full autopsy was never really performed. Her death certificate claims, possible overdose.

My next play FRIDA-Stroke of Passion opening Sept. 9 thru Oct. 1 deals with the bisexual affairs between Frida Kahlo and a long list of famous female lovers such as; Chavela Vargas- Mariachi singer, Maria Felix- Mexican Film Star, Josephine Baker- famous Cabaret Dancer and singer and Tina Modotti famous photographer and model. Frida has become an iconic powerful figure and the greatest female painter of her time. But she was also a great concealer using her Tehuana outfits to hide her imperfections. Frida was an invalid but she never let you see it! She used her Oaxaca outfits, braided crowned hairdo and maquillaje (make-up) to create a woman full of health and vibrant energy. She was a seducer who claimed “the only reason, I go on living is to paint and to love. 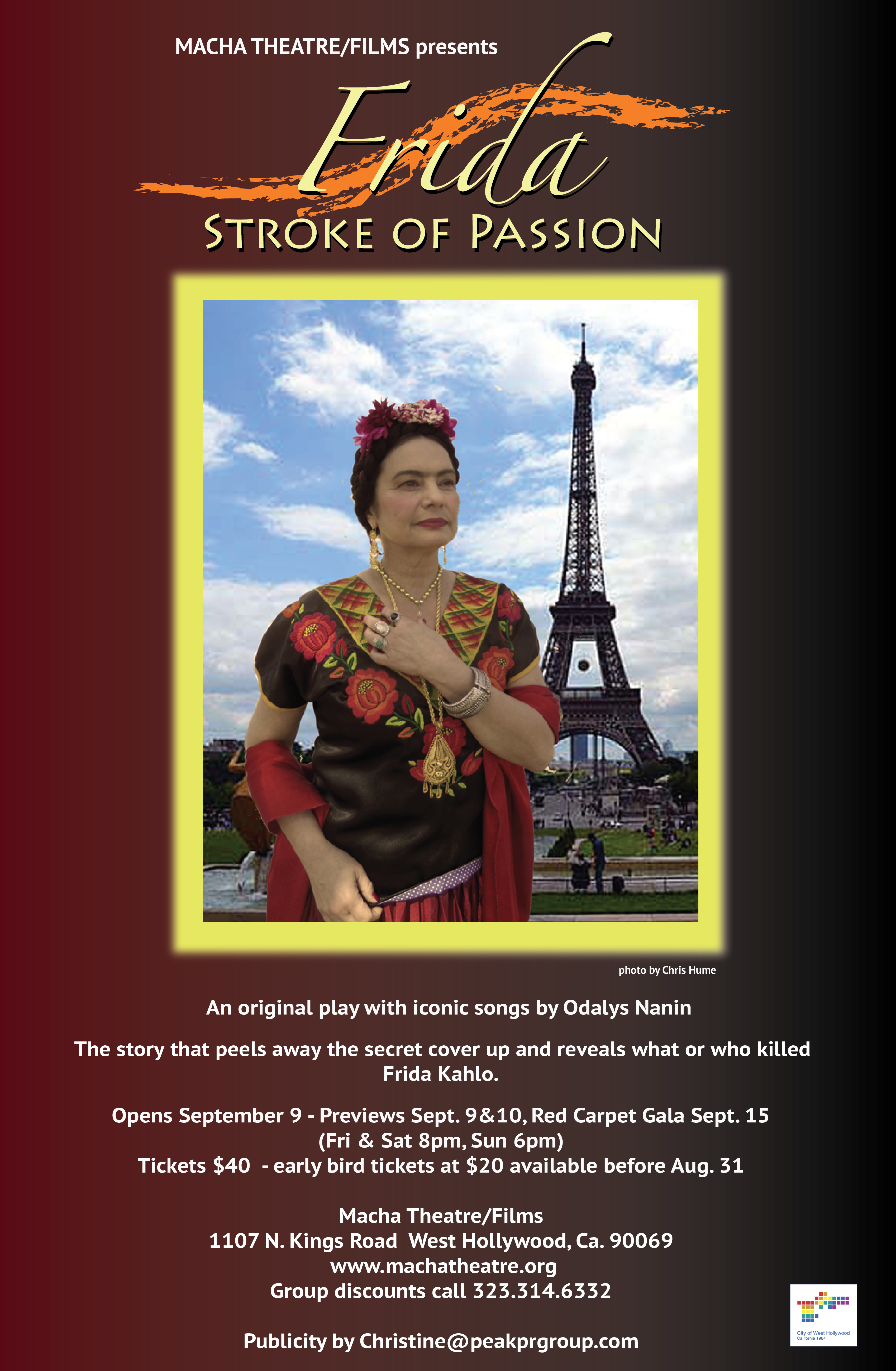 Even though she had many affairs with men such as Leon Trotsky, Nicholas Murray and Jose Bartolli. her bisexual affairs with women were always pushed under the carpet.

Did Frida Kahlo die of a pulmonary embolism like her death certificates claims. We will never know because she was quickly cremated. Diego her husband of 25 years concealed her real cause of death which I believed was suicide. Frida like Marilyn are two bisexual women. They lived through a time of racial segregation, male domination and female subjugation but yet navigated this world by defying the norms of society.