Announcing the Road To Rock Into Spring Tour Featuring Alive In Barcelona, Silent Theory and The Broken Thumbs

Hard Rock band, Alive in Barcelona have announced the Road to Rock into Spring Tour with bands Silent Theory and The Broken Thumbs. The tour will kick off April 26th in Garden City, Idaho at the Revolution Concert House and make its way to Rock into Spring in Las Vegas, Nevada for the April 28-30th festival that will feature bands Buckcherry, Art of Anarchy, Sick Puppies and more. The tour will pick up again on May 1st for three more dates concluding in Portland, Oregon. 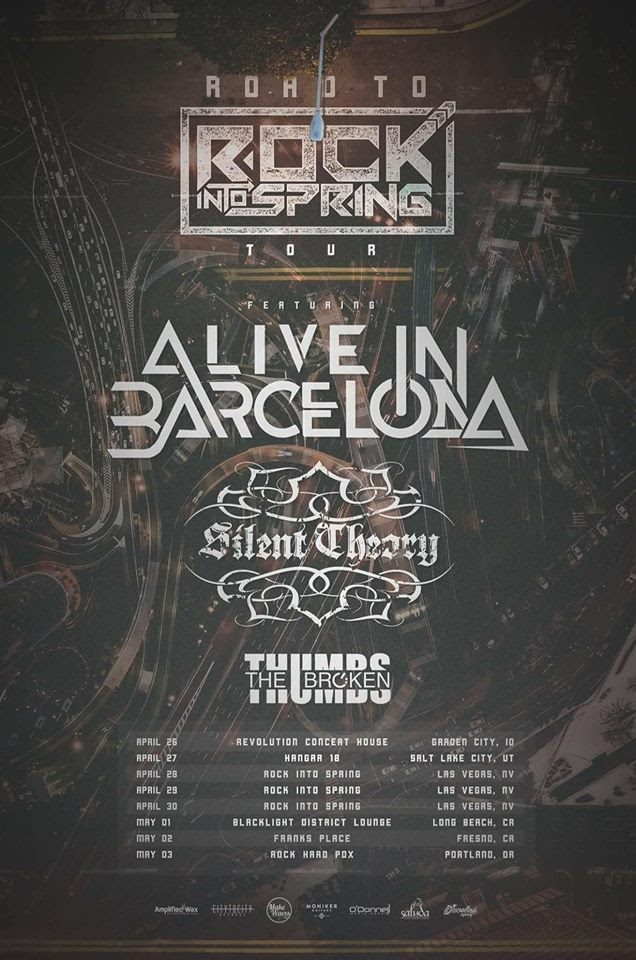 “We are very excited to be hitting the road with our friends in Silent Theory and The Broken Thumbs for both this tour and Rock Into Spring. Both are great bands from our home scene and both put on INSANE performances. We are also looking forward to showcasing some new songs and playing them live for the first time!” – Jesse Barton, Guitarist – Alive In Barcelona

“As for Silent Theory, We are very honored to be hitting the roads with some of the PNW’s finest musicians and performers in Alive In Barcelona, and The Broken Thumbs. Fans can expect to see an energetic show from all of the bands, and have you leaving with their songs stuck in their head. Needless to say when you get us all together, be prepared for one hell of a party!”
–Mitch Swanger, Drummer – Silent Theory

Catch The Road To Rock Into Spring Tour at the following dates: 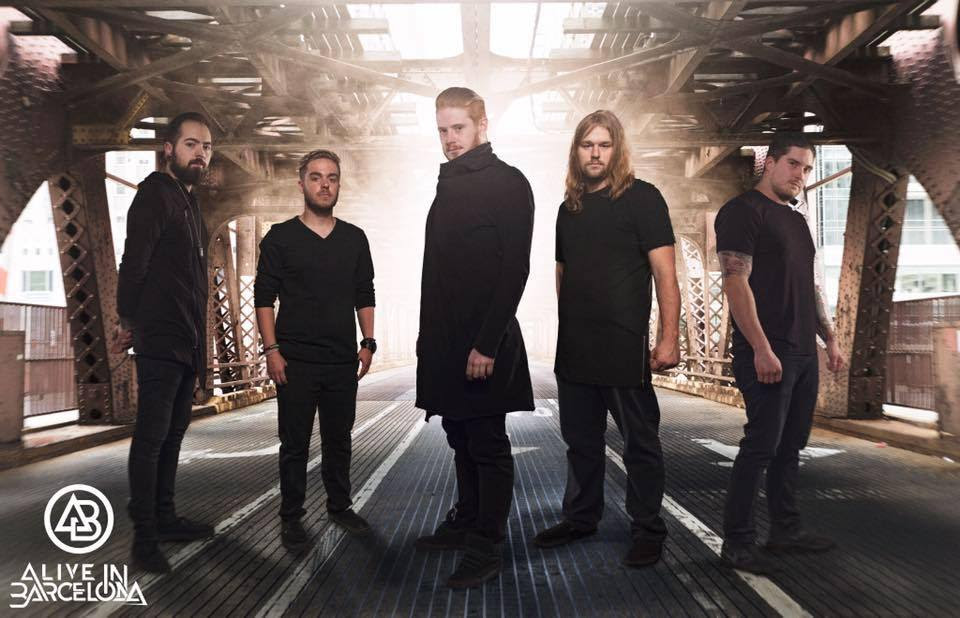 Alive in Barcelona have ignited the airwaves with their explosive new single, ‘Back To Life’, which premiered on Loudwire.com, charted at #94 for Media Base and #42 for Under The Radar Charts. The four-piece from the Pacific Northwest have been to hell and back, suffering loss both personal and public to achieve heights in their musical career. The group’s musical proficiency on guitar paired with the technical expertise of the rhythm section provides an ironclad backbone for their vocal delivery. The lyrical content conjured by the band is derived from personal experience and gives the listener a deep understanding of who the band are without and cliches or hidden meanings, thus connecting to their audience more than bands in their genre. Expect more from the Alive In Barcelona as they continue their steady rise to the pinnacle of their genre. The band provides a unique harmony of clean and heavy vocals,, shedding the dichotomy of the standard post-hardcore formula. With multi-platinum producers on their side, and an arsenal of insanely well written songs, the future looks bright for Alive In Barcelona. Uplifting but dark, Alive In Barcelona shed a light on the darkness of the human condition. The band provides hope through thought-provoking lyricism and musical proficiency as they aim for the pinnacle of modern hard rock music.

New single, ‘Back To Life’ out now!
https://itun.es/us/h7xtbb

Silent Theory started their journey playing small local shows to get their name out and their music heard. The band gained popularity and started playing bigger shows in the Seattle/Tacoma area, Spokane, Washington, and Coeur D’ Alene, Idaho. The band also got the opportunity for a much bigger show, the South-By-Southwest Festival in Austin, Texas where they played with bands like Metallica, Shiny Toy Guns, The Proclaimers and more. 2010 was a year of achievements for the band. The group made an appearance on MTV Cribs, where they performed their single “Livin’ the Dream,” headlined the world famous “Whisky A Go-Go” in Los Angeles, California, and signed their first record deal with Turkey Vulture Records.

By June 2011, the band was headed to Rockford, Illinois to record their full-length debut album, “Black Tie Affair,” which was released in October of 2011. In celebration of their album release, the band played the first ever sold out show in the history of the BellTower Concert House in Pullman, Washington. After the release of “Black Tie Affair” the band toured the nation in the summer of 2012 to promote the album and the single, “Livin’ the Dream” which was made available on the video game Rock Band. Recently, Silent Theory released their single and music video for “Fragile Minds” that peaked at #29 on the Under the Radar radio charts and was Lou Brutus’s Mp3 player track of the week September 17, 2016. In addition, the band was Krave Radio’s Band of the Year December 29, 2016 as well as voted Up and Coming Band of 2016 by 94.1 KFML on January 2, 2017. Their sophomore album, “Delusions” was released September 10th, 2016.

The Broken Thumbs released their debut EP, #FightEP that showcases the band’s’ impressive ability to blend Electronic Dance Music with the guitar heavy, angst driven influence of Hard Rock. The release of #FightEP has brought the band into the national spotlight with the radio single, “Oxygen”. Proving that The Broken Thumbs are a musical powerhouse, “Oxygen” has received top 50 accreditation on the Radio Contraband, ¬ Under The Radar chart. The origination of the group falls just short of an accident. 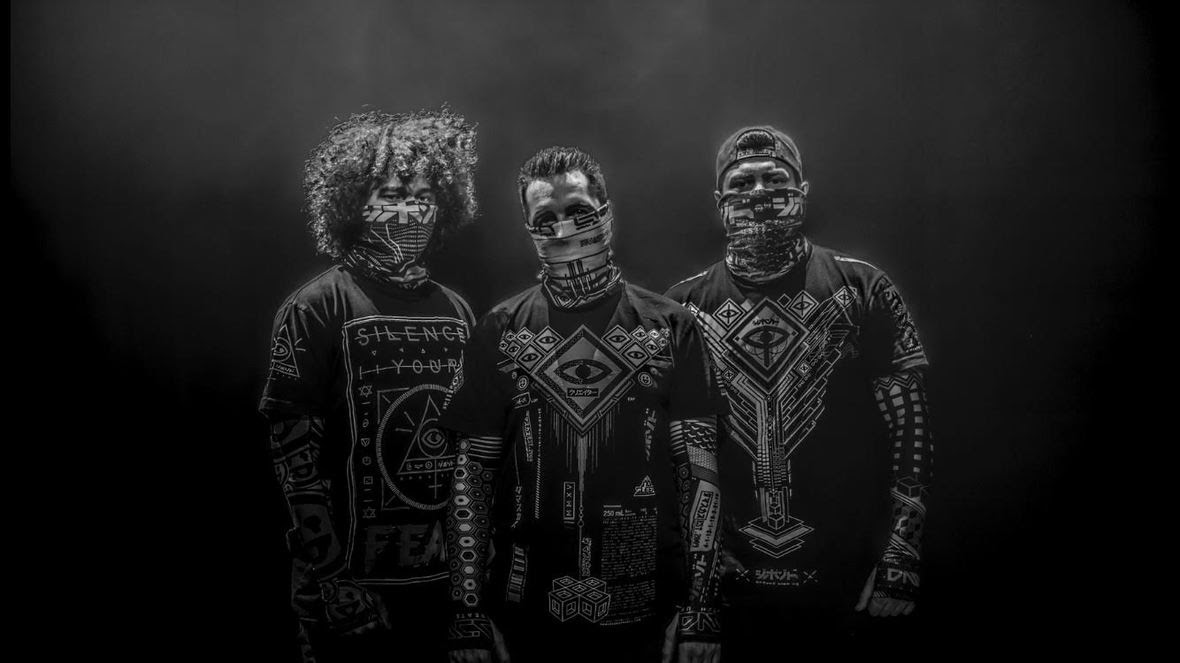 A desire to change the pace of the norm, DJ Daethstar brought on the services of Ryan Stocks for club performances. A new sense of energy was gained and vocalist David Arnold was then sought out in an effort to provide haunting lyrical content and melody, bringing the three together to form what is now called “The Broken Thumbs.” A standard is maintained within the group to provide a visual and light intensive stage performance captivating both EDM crowds and Rock / Metal concert goers alike. Drawing electronic performance influences from artists such as; Glitch Mob, Destroid, Nero & Excision, The Broken Thumbs combines Rock influences of Deftones, Thrice, and Muse. The band will be promoting our new single ‘The Sum’ while on tour.

EVERYBODY PANIC! Release Live Video for "Our Last Goodbye"