EVERYBODY PANIC! Release Live Video for “Our Last Goodbye”

CaviGold Records rockers EVERYBODY PANIC! released their self-made live video of the song “Our Last Goodbye” that was filmed recently while on tour with Mushroomhead. 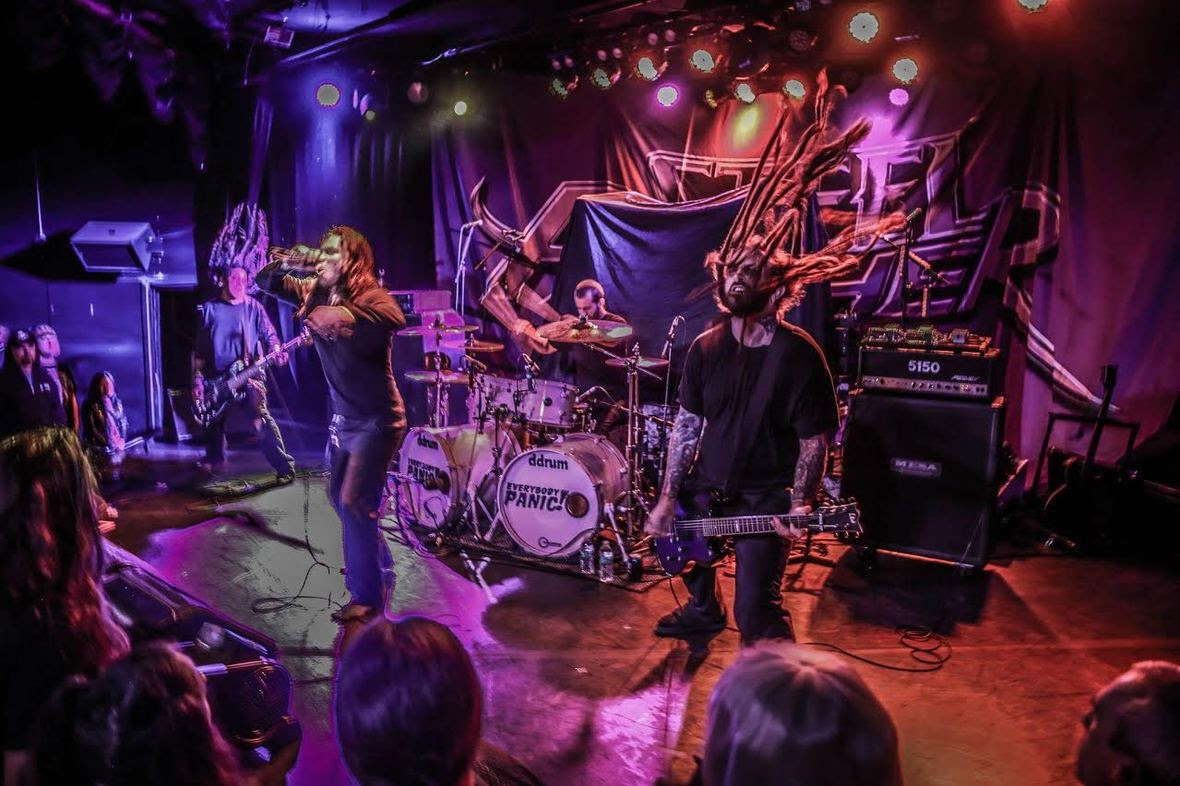 EVERYBODY PANIC! is a highly charged rock band hailing from Oklahoma City, OK by way of Seattle, WA. A powerful four piece, consisting of Ty (Gracie Jiu-Jitsu Black Belt) on vocals, Provo (Skinlab/Rikets) on guitars, Tony on bass, and Levi (Anti-mortem) on drums, formed in 2012 and released its first self-produced EP independently in February of 2013. The band supported the release with high profile dates with the likes of Five Finger Death Punch, Godsmack, Deftones, and many others. That release would go on to sell over 3,000 copies through digital retailers.

Through hard work and dedication the band caught the attention of CaviGold Records and entered the famed and haunted Robert Lang Studios in Seattle, WA in March of 2015, to record their follow up, “Attack”, which features the highly charged single “No One Gets Out Alive”, mixed by Ulrich Wild (Static-X, Dethklok).

The band is currently at CaviGold Studios in Orange, CA working on new music, videos and more. Tours will be announced soon for spring/summer 2017.

Announcing the Road To Rock Into Spring Tour Featuring Alive In Barcelona, Silent Theory and The Broken Thumbs