Produced by HollywoodT Production, this year’s theme is “THIX IN THE CITY 3 – A SOUL TRAIN SALUTE” with a 70’s Style Dress Code and the always exciting fashion show performance. In addition, there will be a SOUL TRAIN DANCE LINE CONTEST w/ Cash Prizes!

It only makes sense that Cameo highlights this yearly extravaganza. Known for such hits as “Candy”, “Word Up”, “Single Life” and others; as the late Don Cornelius would say, “it’s all gonna be a stone gas, honey.” Lawrence Ernest Blackmon (born May 24, 1956) is the lead singer and founder frontman of the funk and R&B band Cameo. The snare drum sound that Blackmon created for “Word Up!” and “Candy” was duplicated on releases by a wide range of artists throughout the years. 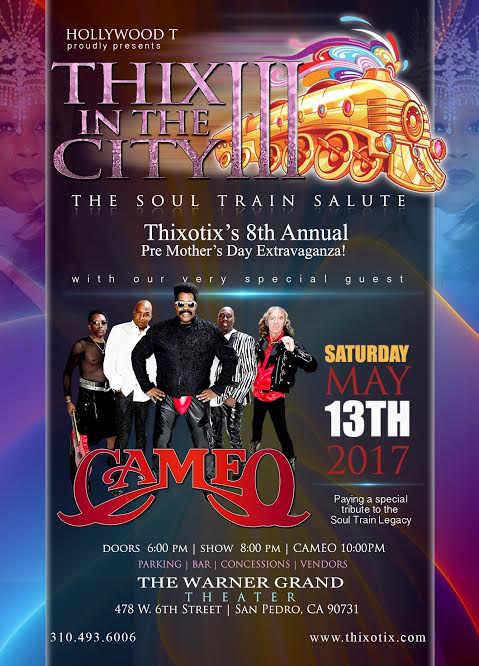 Starting the band “East Coast”, Blackmon and Tomi Jenkins formed the “New York City Players” as compliment to the Ohio Players. Having to rename the group due to a conflict, the band later called itself Cameo. Blackmon lived in Harlem and played drums on several hits for the band Black Ivory. He is the son of Lee Black, a former boxer. Along with his unique vocal style, Blackmon’s other personal touches included sporting an elaborate hi-top fade haircut and a codpiece over his pants. His signature “ow!” was used as the intro for some of the band’s songs.

Blackmon appeared as a backing vocalist on Ry Cooder’s 1987 album “Get Rhythm” and Cyndi Lauper’s 1989 album, A Night to Remember. He also had co-producer credits for Eddie Murphy’s 1989 album So Happy.

Now in its’ 8th year, the glamorous and sophisticated productions of the THIXOTIX BRAND will not be undone.

This year will extra special! 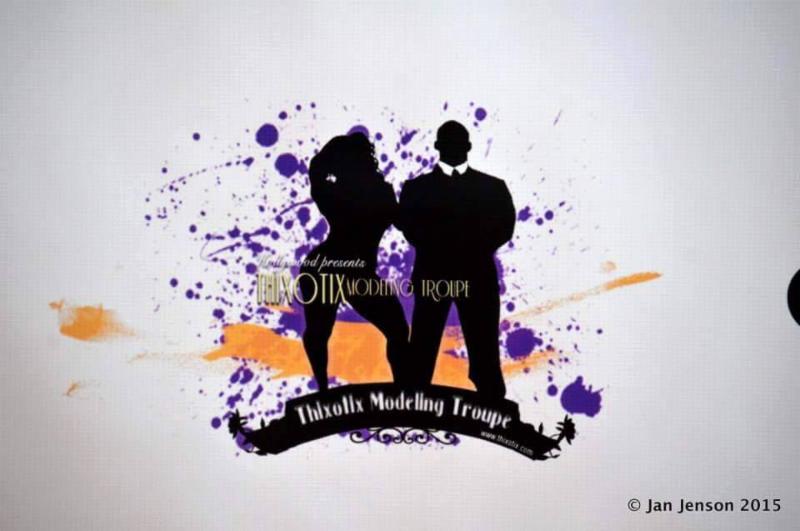 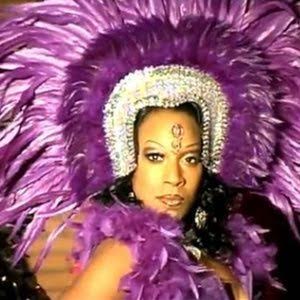 Pronounced THICKS-AH-TICKS… the word is a combination of words: THICK, SEXY, EXOTIC! It exemplifies the epitome of what all models in the THIXOTIX TROUPE represents. THIXOTIX Modeling Troupe is Los Angeles’ 1st and Only, One Of A Kind, Premiere Performance Modeling Troupe SOLELY dedicated to the Curvy, Voluptuous, Full Figured, Plus Size Model.

Founded in 2009, by CEO Tania Capree, THIXOTIX is known for its amazingly choreographed high energy and highly entertaining runway concert productions that include performances by some of the world’s most renowned recording artists, such as Goapele, N’Dambi, Vesta Williams, The Zapp Band, YoYo, Shaunice Wilson, Jazz Legend Roy Ayers, Christopher Williams, Al B Sure, Kenny Lattimore, Famed Magician Chef Anton, Angie Stone, Lady Of Rage and last year Morris Day and The Time.

THIXOTIX is a performance troupe who uses all of its many illustrious talents to produce some of the most amazing productions the plus nation has ever seen! Known for it’s Annual Mother’s Day Extravaganza’s and Holiday Events, with #1 hits that include the team acting, singing, dancing and best of all – ripping the runway! Since inception, THIXOTIX has gone on to perform in over 550 showings, all over the country and world, including London, Paris and South America.

In the WORLD of THIXOTIX, you will find much amazement. From the Troupe existing on their very own inter-galactic purple planet, to a video reality series, R&B singles, superheroes and even some magic!

And May 13th will not disappoint! HAPPY MOTHER’S DAY!!!

Tickets are now available for:

There is also online payment options by going to http://bit.ly/ThixotixModelingTroupe .

Larry Dunn’s Anthology of Earth, Wind & Fire Took The Audience to Church To A Sold Out Crowd