Larry Dunn’s Anthology of Earth, Wind & Fire Took The Audience to Church To A Sold Out Crowd

On April 26th,  at Catalina Jazz Club, Larry Dunn and his dazzling, super charged Anthology of Earth, Wind, & Fire band took us to church.  They testified with their funk filled crackling rhythms, belly gripping vocals and heavenly harmonies, soul snapping horn blowing, and the magical celestial finger frolicking from the King of those keys… Larry Dunn.  From the first note to the last, the crowd roared with love and excitement as they were lambasted… wave after wave of the beloved hit songs from Earth, Wind & Fire. The surge of soulful sound never ceased …The music is still reverberating inside of me. 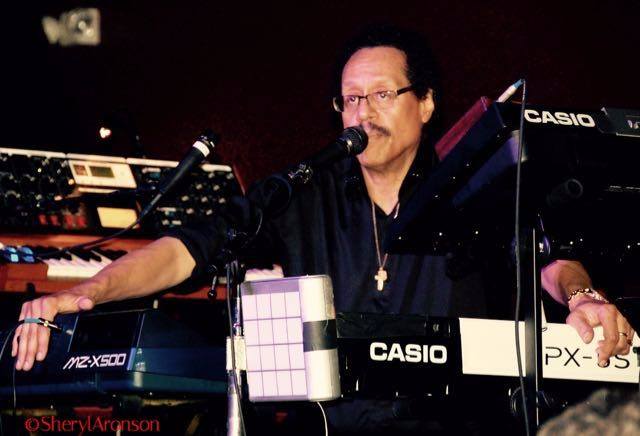 The intense passion and creative spirit being channeled through Larry Dunn as he sits behind an assortment of Casio Keyboards, was reflected in his face.  He embraced his keys with such single-minded focus.  He is the heart and soul of so many of Earth, Wind & Fire songs that us Baby Boomers partied and danced to all night long. 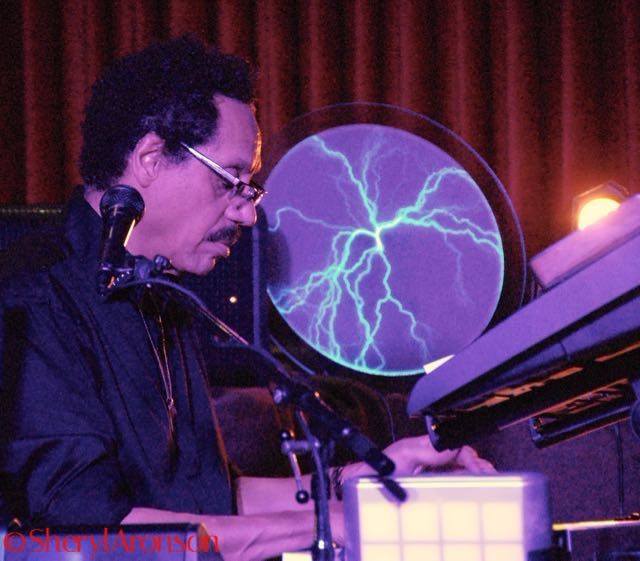 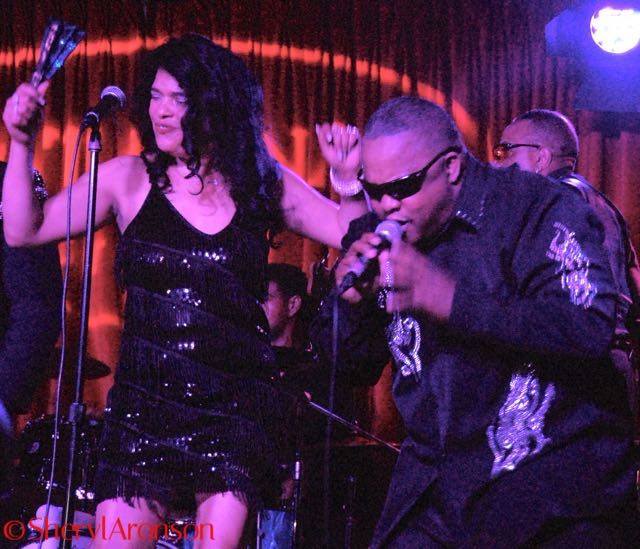 Although he is a shining star in his own right, being awarded:  6 GRAMMY’s, 13 GRAMMY nominations, 4 American Music Awards, 32 Gold & Platinum/Multi-Platinum Records & Albums, a Star on Hollywood’s Walk Of Fame, induction into the Rock And Roll Hall Of Fame (2000) & Songwriters Hall Of Fame (2010) and the GRAMMY Lifetime Achievement Award (2016) as well as other industry awards…

He is a very humble human being… a very giving Artist.  He has told me in previous interviews, “I have always felt this way… I understood as young kid that music is such a beautiful experience, it puts smiles on peoples’ faces.  I am so blessed with that gift and I have a responsibility.  That’s why I always incorporate integrity with everything I do.” 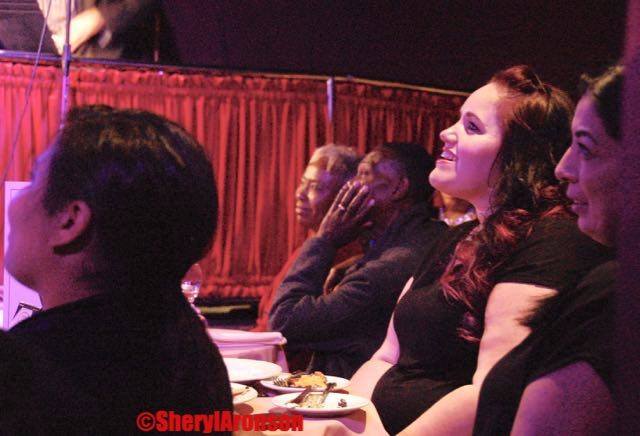 Glancing around the Club that evening there were broad smiles on the audience’s faces, plus snapping fingers, dancing feet, and the crowd belting out the familiar lyrics to songs like “Shining Star” and  “Got to Get You Into My Life.”  Each member of the band wore their unique clothing style in the theme of black, cutting a resplendent impression.  Luisa Dunn rocked a glamorous, flapper-style sequence dress, Masta, rode with gold epaulets on each shoulder of his shirt while Procton glittered with silvery decorative touches, Howard Johnson sported a velvet jacket with silver buttons, Michael Hunter on trumpet, donned a black beret, while Darrell Crooks, guitar player, a baseball cap that said LOVE.   Leslie Smith wore a classic double-breasted dress shirt and Larry Dunn kept it simple, but elegant in a short sleeve silk black top. 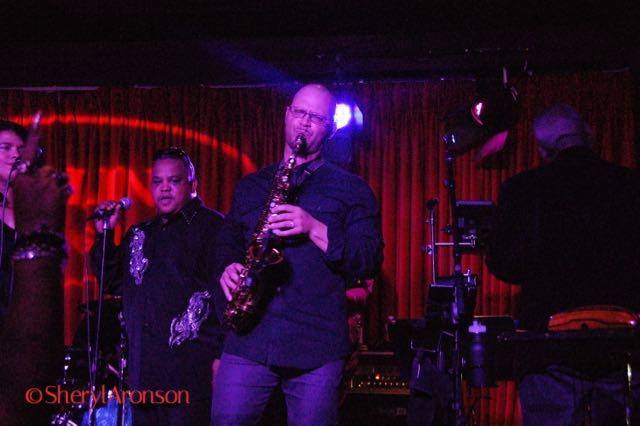 However, the most important element to the evening was the… MUSIC.  Larry Dunn has a signature beginning to his concerts.  It’s not the explosive funk filled blast off, one would expect.  He entices your listening ear softly, gently, with a light touch either on the keys or the Kalimba.  Tonight we heard a caressing solo on the keys for a few moments then wham…the music heated up into a roller coaster sound wave of feverish funk.  On the Earth, Wind & Fire spicy version of the Beatles, “Gotta to Get You Into My Life,” we heard the tantalizing jazzy intro as Larry ran his fingers up and down those keyboards in a lightning quick tempo, while the horns, bass and drums provided a pulsating backbone of support. 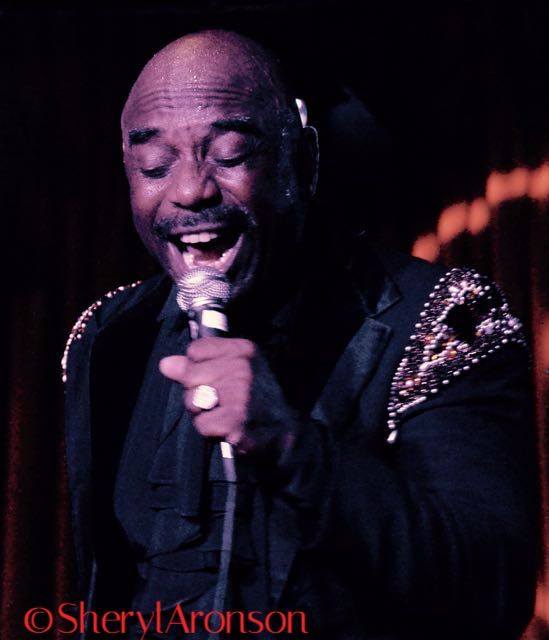 Masta’s large and looming voice dug down low as he belted out the lyrics of “Ever Be Wonderful” and Procton added a searing scream in his rendition.  The five vocalists of Luisa Dunn, Leslie Smith, Masta Edwards, Procton Bonnell, and Howard Johnson applied layers upon layers of lush harmonies that roll over you with their adept voicing.  We hear scatting, we hear the old-fashioned crooning, we hear stories being told with depth of feeling and we hear the high falsetto blasts from Howard Johnson that defy description. 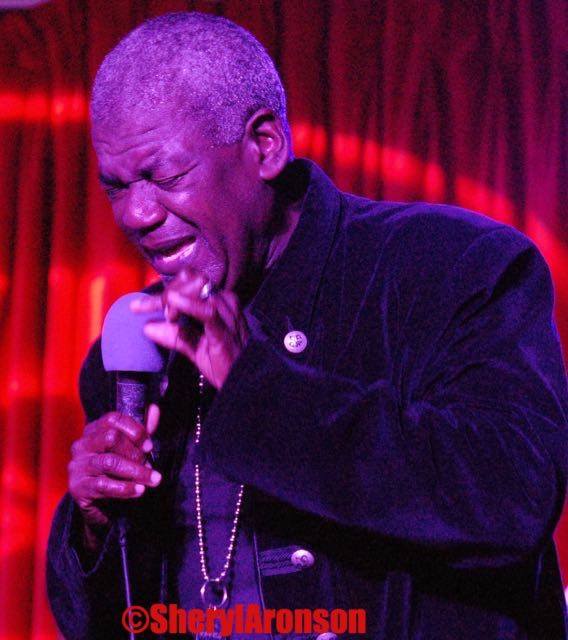 On “Reasons”  Howard Johnson showed off his mastery as he delivered the works by vocalizing a story and flavoring the piece with his extremely tuned falsetto sound.  Keith McKelley screamed in sax ecstasy, ripping out the notes as they flew wildly from his instrument.  The two also bounced off of one another in a duet of singing and sax playing.  The background harmonies of the other vocalists pushed the song along so the audience was floating down the river of funk filled love.  The entire performance climaxed as Johnson scatted like a horn, the band supported underneath bringing on pulsating rhythms.  Once the song ended, the entire  crowd stood clapping vigorously. 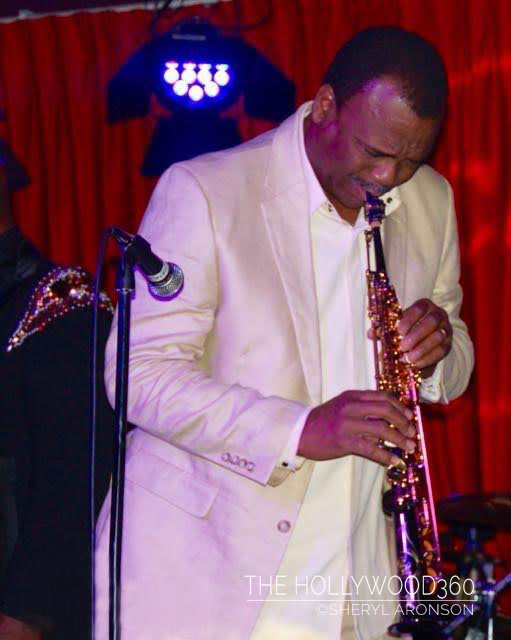 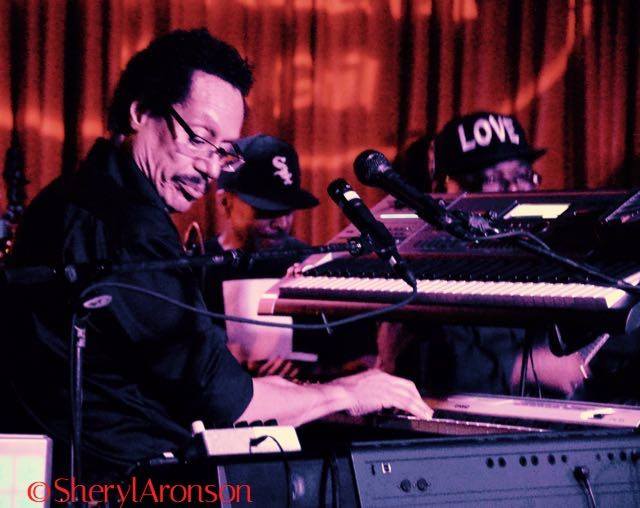 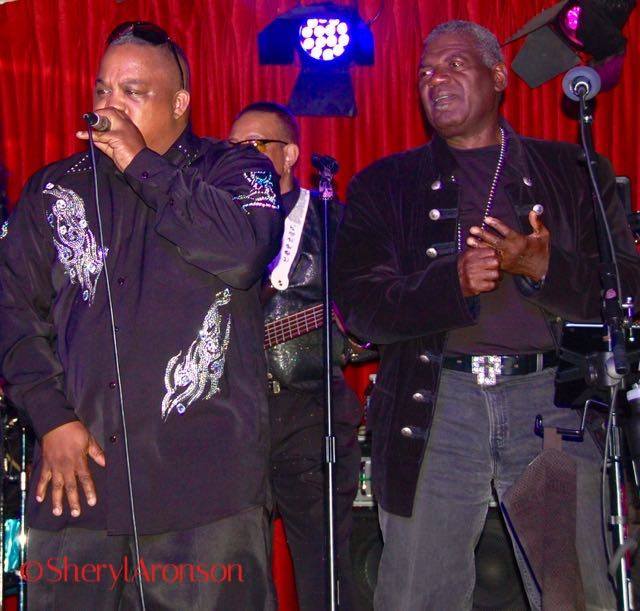 The evening built to a crescendo as the band showcased Earth, Wind & Fire’s first hit song, “Shining Star” and “Let’s Groove.”  Then Larry conducted the contest for the audience to guess what old hit tune they would play, and we found out it would be, “Keep Your Head to the Sky.”

Comedian Luenell served as hostess for the evening. 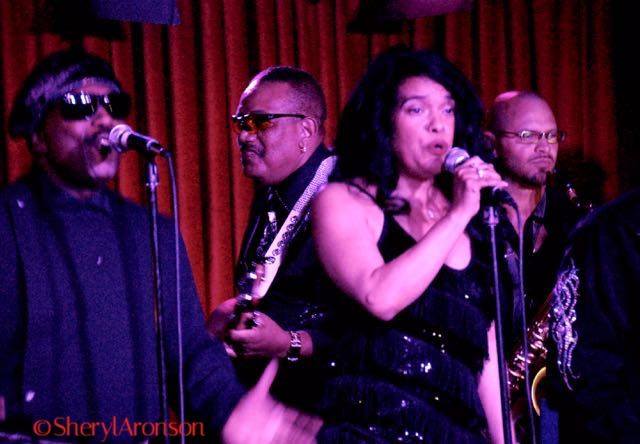 A perfect choice to end the evening… Larry Dunn’s Anthology of Earth, Wind & Fire band had taken us all to church that night where the majesty of the music pointed our spirits upwards so we all embraced the words of “Keep Your Head to the Sky.”

For more information about Larry Dunn go to: http://www.larrydunnmusic.com/