Soul Record’s recording artist, Tena Riley will be performing with her band, The Total Package on Father’s Day, Sunday, June 18th 2017, from 8pm – 12am in a Cabaret and Dance Show, at the Fire Hall in Somerdale, NJ.  Tena Riley is a superb R/B & Soul singer who has recorded on Philadelphia International Records with Gamble and Huff as back- up singer for Billy Paul.  Tena Riley’s backup singers currently are great singers themselves – Shirley Lite and Barbara Saint Lee.  They were also backup singers for “Me And Mrs. Jones, ” Grammy Award winner Billy Paul. 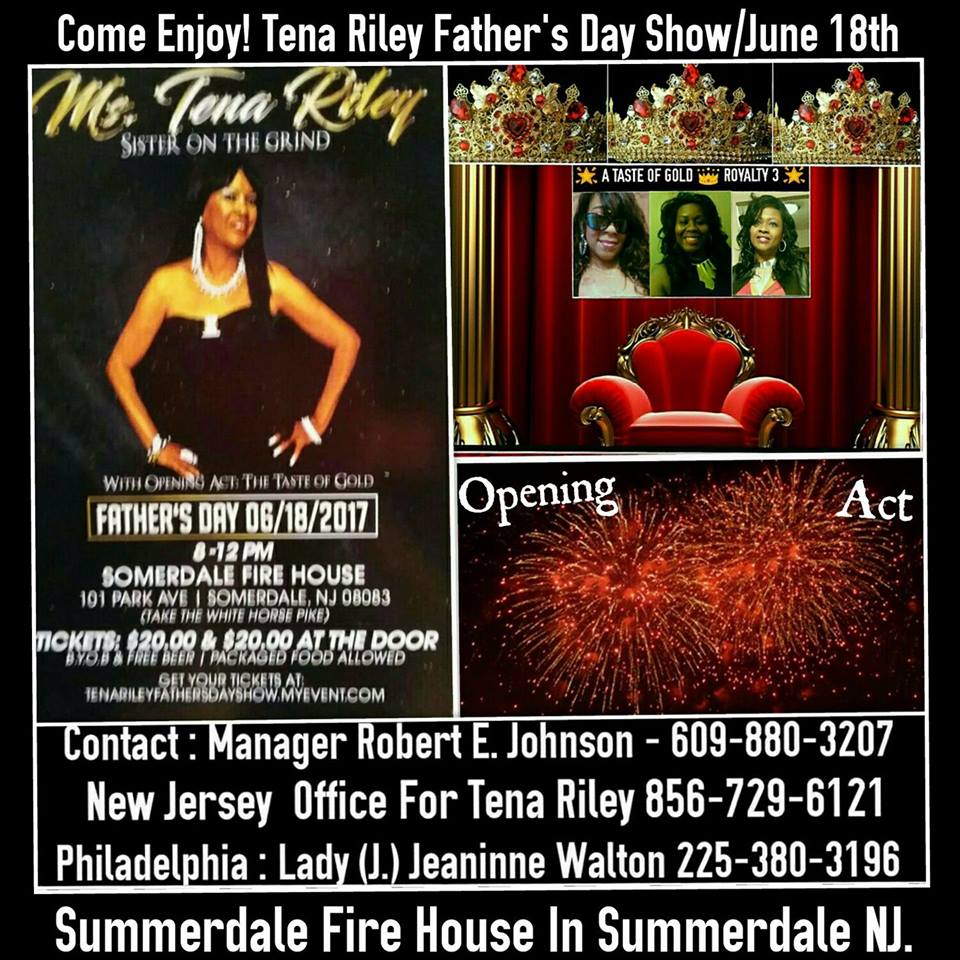 “I was with Billy Paul for 19 years.  I recorded all the background vocals for “Me and Mrs. Jones,” “War of the Gods,” “Ebony Woman,” to name a few.  We were like brother and sister.  I was able to travel all over the world with him.  It was an honor to work with such a talented and wonderful man.”

Tena Riley was also a member of the Mello Moods, which was part of TSOP (The Sound Of Philly).   She has graced the stage and performed with artists such as Smokey Robinson, Chaka Khan, Sarah Vaughan, and Arthur Prysock.

If you would like to hear some fantastic music and dance the night away on Father’s Day,  contact Robert E. Johnson at 609-880-3207.

You can see an interview with Tena Riley on Soul Records Presents After The Show, Hosted By Soul Records CEO, Robert E. Johnson.

Daniel Ferguson: Television Producer Brings His Skills Into The Classroom