Screen Media Films has acquired the U.S. rights for Ana Lily Amirpour’s “The Bad Batch” in an all-night bidding session prior to its North American premiere at the 2016 Toronto International Film Festival. The news comes fresh off the movie’s Special Jury Prize at the Venice Film Festival, where it had its world premiere last week. A dystopian love story set in a Texas wasteland amongst a community of cannibals, the film stars Suki Waterhouse, Jason Momoa, Giovanni Ribisi, Yolonda Ross, with cameos from Keanu Reeves, Jim Carrey, and Diego Luna.  “The Bad Batch” is the highly anticipated follow-up to Amirpour’s acclaimed directorial debut, “A Girl Walks Home Alone At Night.”

Screen Media will release “The Bad Batch” in theaters in Q1 2017 and will also play at Fantastic Fest later this month.

“We’ve been impressed with Lily as a filmmaker ever since her first film and were blown away by her vision for ‘The Bad Batch.’ We couldn’t pass up the chance to work with her, Annapurna and VICE,” said Seth Needle, SVP Worldwide Acquisitions, at Screen Media Films.

“We couldn’t be more excited about Seth and Tom’s passion for Lily’s beautifully freaky vision,” added VICE’s executive creative director Danny Gabai. “She’s created a film that’s unlike anything else out there, and we can’t wait to get ‘The Bad Batch’ on the big screen so we can start making people’s brains hurt.”

“’The Bad Batch’ is truly a cinematic experience, which needs to be seen on the big screen,” said Ana Lily Amirpour. “It just won’t be the same on a small scale and I’m excited to release it with Screen Media who totally gets that.”

The deal was negotiated by Needle and Tom Yagielski, SVP, Domestic Distribution, at Screen Media, and CAA on behalf of the filmmakers, Annapurna Pictures and VICE Media. 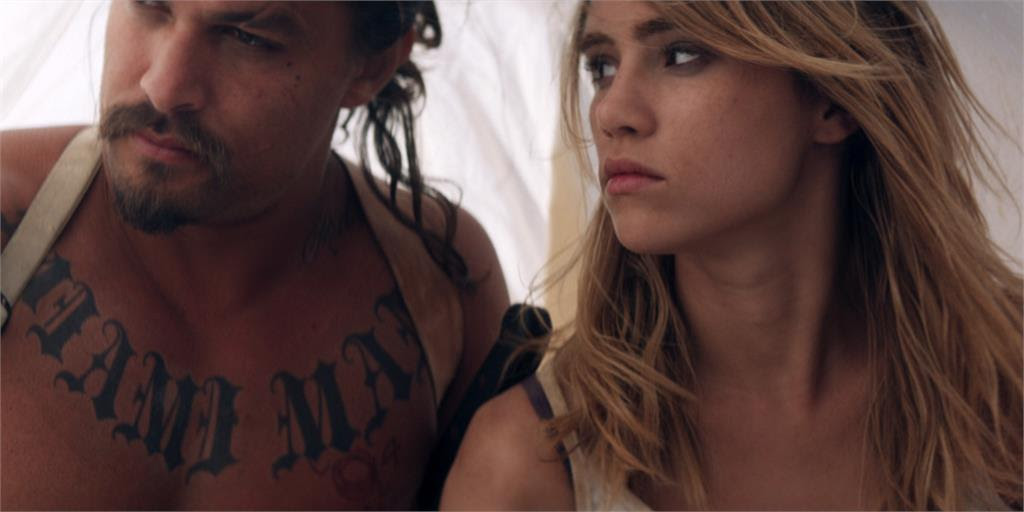 “The Bad Batch” is written and directed by Ana Lily Amirpour, produced by Sina Sayyah and Danny Gabai, co-produced by Sammy Scher, executive produced by Megan Ellison, Eddy Moretti, and Shane Smith, with cinematography by Lyle Vincent, sound by Chris Terhune, editing by Alex O’Flinn, and production design by Brandon Tonner-Connolly. The production companies are Annapurna Pictures and VICE.

ABOUT ANNAPURNA PICTURES
Annapurna Pictures is a film production and finance company founded by Megan Ellison that focuses on creating sophisticated, high-quality content which sets itself apart. Ellison successfully upholds the company’s vision to produce critically and commercially conscious projects which appeal to a diverse audience, allowing filmmakers and artists to create story content of all genres and mediums while preserving their authenticity. Annapurna’s most recent projects include, Todd Solondz’s WIENER-DOG, which was released by Amazon Studios to great reviews after premiering at this year’s Sundance Film Festival; Richard Linklater’s EVERYBODY WANTS SOME, was released in April through Paramount Pictures to rave reviews after premiering at SXSW in Austin; Greg Tiernan and Conrad Vernon’s breakout animated film, SAUSAGE PARTY, written by Seth Rogen, Evan Goldberg, Kyle Hunter and Ariel Shaffir and released by Sony Pictures, which had the highest-grossing opening weekend for an R-rated animated film in history; Ana Lily Amirpour’s THE BAD BATCH, which premiered at the Venice Film Festival. Additionally, Annapurna is currently in post-production on 20TH CENTURY WOMEN, starring Annette Bening, Greta Gerwig, and Billy Crudup which will premiere at the New York Film Festival and be released later this year by A24; Annapurna is also currently in production on Kathryn Bigelow and Mark Boal’s UNTITLED DETROIT PROJECT, starring John Boyega and is developing the film adaptation of Maria Semple’s WHERE’D YOU GO, BERNADETTE, to be directed by Richard Linklater. Annapurna’s projects since 2012 have earned thirty-one Academy Award nominations, and Ellison is one of only four honorees ever to receive two Best Picture nominations in the same year. Those projects include Kathryn Bigelow’s ZERO DARK THIRTY, David O. Russell’s JOY, Bennett Miller’s FOXCATCHER, David O. Russell’s AMERICAN HUSTLE, Spike Jonze’s HER, Wong Kar Wai’s THE GRANDMASTER, and Paul Thomas Anderson’s THE MASTER. Additionally, Annapurna is partners with Mark Boal on the company Page One, where they produce season two of the hit podcast SERIAL. Bigelow also directed and partnered with Annapurna on the animated short LAST DAYS, about illegal elephant poaching and the ivory trade.

ABOUT VICE
VICE is the world’s preeminent youth media company and content creation studio. Launched in 1994, VICE now operates in over 30 countries and distributes its programming to hundreds of millions of viewers each month across digital, linear, mobile, film and socials. VICE includes an international network of digital channels; a television and feature film production studio; a magazine; a record label; an in-house creative services agency; a book-publishing division; and a newly launched TV network in a joint venture with A&E called VICELAND.