Founded in 2013, they are a 501(c)(3) non-profit that takes a stand against bullying, racism, misogyny, cyber-bullying, LGBT-bullying, and other forms of hate-using with the phenomenal popularity of media to bring justice and healing.

The Coalition’s work features global experts and advocates, including representatives from the United Nations, the Anti-Defamation League, the NOH8 Campaign, Justice League New York, and other major organizations; we also work with clinical psychologists who specialize in using pop culture stories in restorative justice and in therapy for victims of bullying and injustice.

The musical performances from the singers and the band peppered the audience with inspirational songs that lifted one’s spirit.  Chase Masterson looked stunning in a twilight blue gown as she interweaved herself from announcing acts, sharing encouraging stories of people overcoming bullying, to singing a few numbers as well.  Doing a campy version of “The Swinger,” Chase projected the aura of a torch singer from old.  Her golden voice pierced the hearts of us all when she crooned the tune, “Pure Imagination.”  Using her dramatic flair, Chase enchanted the entire room.

Kaylene Peoples, vocalist, composer, flutist contributed her vocal talent to the very powerful songs, “Beautiful” and “Imagine.”  When singing “Beautiful”, we heard her soulful solid tone that had the perfect spine-tingling intonation.  On the composition, “Imagine,” Peoples gave an eloquent vocal rendition and interwove  a passionate flute solo displaying her expert improvisational skills.

We also heard a lively rendition of the song, “Freedom” by Kirsten Holly Smith with backup vocals from Mandy Kemp, Mary Pat Bowe and Clifford Bell.  Justin Charles Cowden curled his lavish vocals around three songs, “Kiss From a Rose,” “Children Will Listen,” and “You’ll Never Walk Alone.”  Keith Bordan captured a soulful feel singing Love’s In Need of Love Today.”  Mandy Kemp showed off her gorgeous musical theater vocals on “I’m Not Afraid of Anything.”

Patricia Whiteman, celebrated vocal teacher, took the time off her busy schedule to come over at the end of the night and present a paramount performance singing “Come Down from the Tree” and “You Have More Friends than you Know.”  The evening concluded as Chase Masterson and Ensemble tore down the house with “What the World Needs Now.” 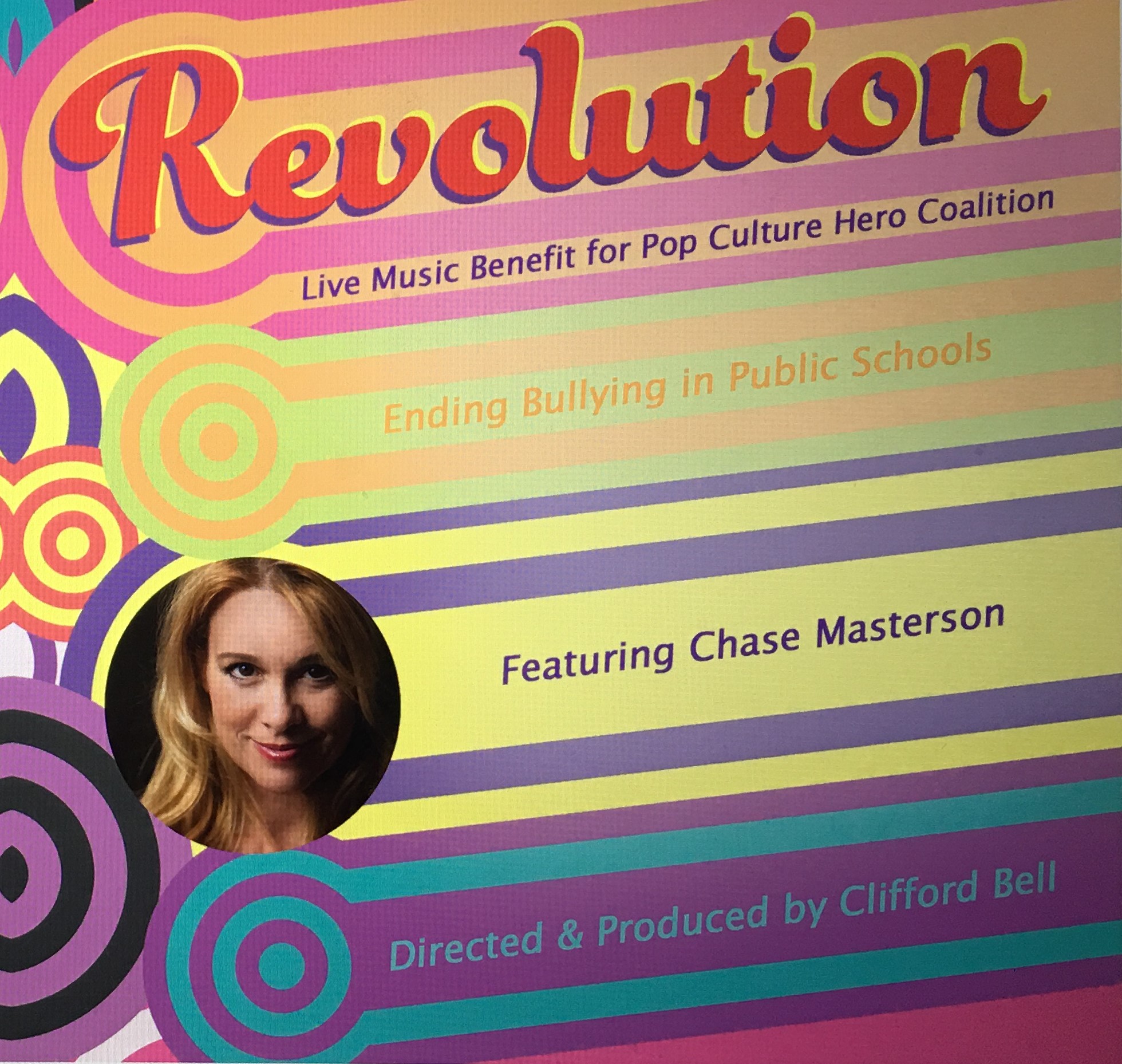 A live cd will be made to continue raising money for POP CULTURE HERO COALTION.

13 • COME DOWN FROM THE TREE • Patricia Whiteman •

14 • YOU HAVE MORE FRIENDS THAN YOU KNOW • Patricia Whiteman •

The Queen Mary’s Dark Harbor Unveils the Spirit of CHEF