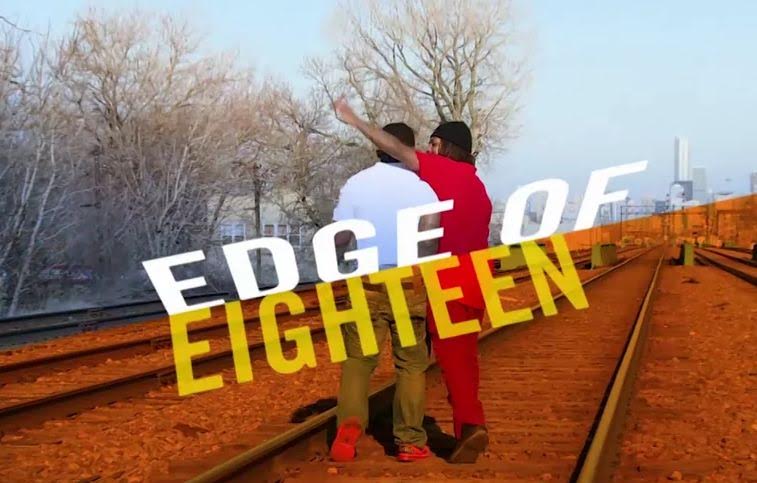 Executive Produced by Academy Award® winning filmmaker Alex Gibney (“Going Clear: Scientology and the Prison of Belief,” Taxi To The Dark Side,” “Enron: The Smartest Guys in the Room”), the documentary series follows a select group of high school seniors in 2014 who document their own lives by shooting footage focusing on the issues they identified as important to them and their generation. EDGE OF EIGHTEEN premieres on Wed., Sept 7 at 8 p.m. ET/PT on KCET in Southern California and Link TV nationwide (DirecTV 375 and DISH Network 9410).

Drawn from diverse areas of the United States, these teenagers captured their triumphs, trials, joys and fears from the dawn of 2014 until sunset on graduation day. EDGE OF EIGHTEEN follows the stories of illegal immigrants, LGBTQ issues, financial aid,
youth entrepreneurship, inner-city poverty, gun violence, bullying, military service, freedom of religion and teen pregnancy from the perspective of the filmmakers. As these students bear witness to the world around them, viewers will be illuminated
about hot-button issues in an unprecedented way.

Before they embarked on this mission, EDGE OF EIGHTEEN Executive Producer Alex Gibney assembled the kids in New York City for a crash course on documentary filmmaking taught by himself, director Alexandra Pelosi (“Journeys with George”) and
director/editor/producer Sam Pollard (“4 Little Girls,” “When the Levees Broke”), before they returned home to shoot their own stories.

KCETLink Media Group is a national independent, nonprofit, digital and broadcast network that provides high-quality, culturally diverse programming designed to engage the public in innovative, entertaining and transformative ways. With a commitment to
independent perspectives, smart global entertainment, local communities, and opportunities for engagement and social action, KCETLink depicts people and the world through a lens unavailable elsewhere in U.S. media. A viewer-supported 501(c)(3)
organization, KCETLink content is distributed nationally via satellite on Link TV DIRECTV channel 375 and DISH Network channel 9410 and on KCET in Southern and Central California via broadcast and cable, as well as through various digital delivery
systems. For additional information about KCET and Link TV productions, web-exclusive content, programming schedules and community events, please visit kcet.org or linktv.org. Select programming from KCET and Link TV is also available for streaming on
Hulu, Apple TV, and Roku platforms.