PRISONERS OF WAR, the Program Upon Which HOMELAND is Based, Makes U.S. Television Broadcast Premiere On Link TV Nationwide and KCET in Southern California on Oct. 24.

KCETLink Media Group, a leading national independent nonprofit public broadcast and digital network, announced today the U.S. television broadcast premiere of PRISONERS OF WAR (original title HATUFIM), the critically acclaimed series upon which American hit series “Homeland” is based. The dramatic series tells the story of three Israeli soldiers who were held captive for 17 years following their kidnapping while on a secret mission with their unit in Lebanon. A special on-air introduction and post-episode Q&A, exclusive to KCET, with writer, producer and director Gideon Raff (“Homeland,” “Tyrant,” “Dig”) will complement the premiere broadcast episode with
in-depth, behind the scenes information on the series. PRISONERS OF WAR premieres Mon. Oct. 24 at 10 p.m. ET/PT on Link TV nationwide (DirecTV 375 and Dish Network 9410) and at 10 p.m. PT on KCET in Southern California. 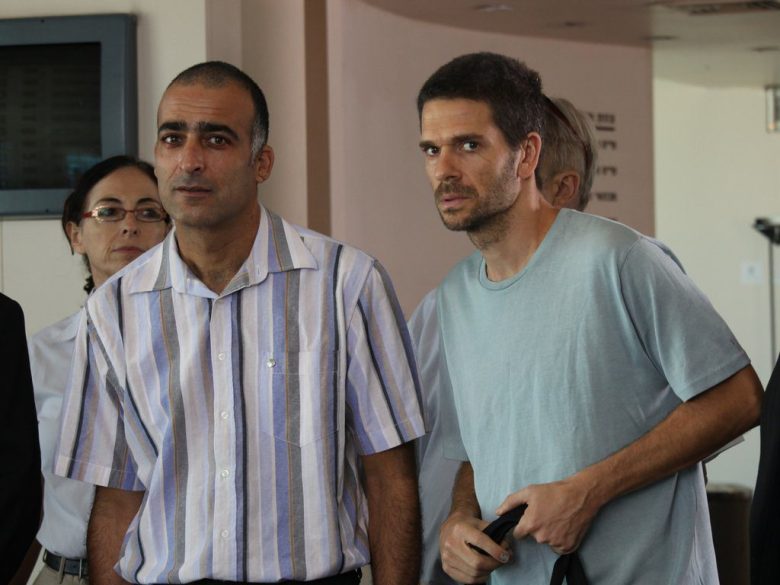 The network will present both seasons of PRISONERS OF WAR (24 one-hour episodes) in Hebrew with English subtitles as part of its mission to offer critically acclaimed global series that educate, enlighten and entertain viewers through programming that portrays different cultures and points of view. The series is the winner of four Israeli Academy Awards®, including Best Drama series.

“We are pleased to be able to offer such a high caliber global series that can both entertain audiences with great storytelling and promote a deeper understanding of some of the complex cultural issues in the Middle East beyond the headlines,” said Michael Riley, President and CEO, KCETLink Media Group.

“We’re honored to have Mr. Raff help us introduce the series and offer his unique insights to our viewers.”

PRISONERS OF WAR, featuring an ensemble cast of acclaimed actors including Mili Avital (“The Human Stain,” “Stargate”) takes an intense look at the aftermath of 17 years in captivity for Israeli soldiers Nimrode Klein (Yoram Todeano), Uri Zach (Ishai Golan) and Amiel Ben Horin (Assi Cohen), after they return home as heroes and work to overcome the trauma of torture and captivity while settling back into their disrupted family lives. Meanwhile, the military psychiatrist assigned to them finds discrepancies in the soldiers’ testimonies and launches an investigation.

Israeli film and television director, screenwriter and producer Gideon Raff created both PRISONERS OF WAR, the program upon which “Homeland” is based, and the latter American counterpart as well as the recent FX series “Tyrant.” Raff won two primetime Emmys® for “Homeland” and several Israeli television awards. Raff served in the Israeli army before attending film school. Currently Raff is the Executive Producer of “Homeland” on Showtime and the Co-Creator of “Dig” on USA. In addition to broadcasting the television premiere, Link TV and KCET will support the complex material presented in PRISONERS OF WAR with an online destination at LinkTV.org/POW and KCET.org/POW, which will include in-depth supporting articles, character profiles and social media videos offering viewers a balanced perspective on a provocative series.

ABOUT KCETLINK MEDIA GROUP
KCETLink Media Group is a national independent, nonprofit, digital and broadcast network that provides high-quality, culturally diverse programming designed to engage the public in innovative, entertaining and transformative ways. With a commitment to independent perspectives, smart global entertainment, local communities, and opportunities for engagement and social action, KCETLink depicts people and the world through a lens unavailable elsewhere in U.S. media. A viewer-supported 501(c)(3) organization, KCETLink content is distributed nationally via satellite on Link TV DIRECTV channel 375 and DISH Network channel 9410 and on KCET in Southern and Central California via broadcast and cable, as well as through various digital delivery systems. For additional information about KCET and Link TV productions, web-exclusive content, programming schedules and community events, please visit kcet.org or linktv.org. Select programming from KCET and Link TV is also available for streaming on Hulu, Apple TV, and Roku platforms.