“Prince’s Wedding Present Home in Spain” On the Market 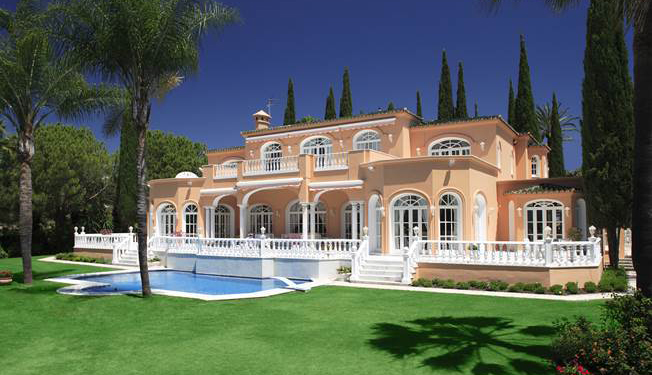 Evert Ebus of Engel & Volkers is the listing agent for Prince’s former Spanish villa, which can be yours for a mere $5.99 million or 5.25 EUR. 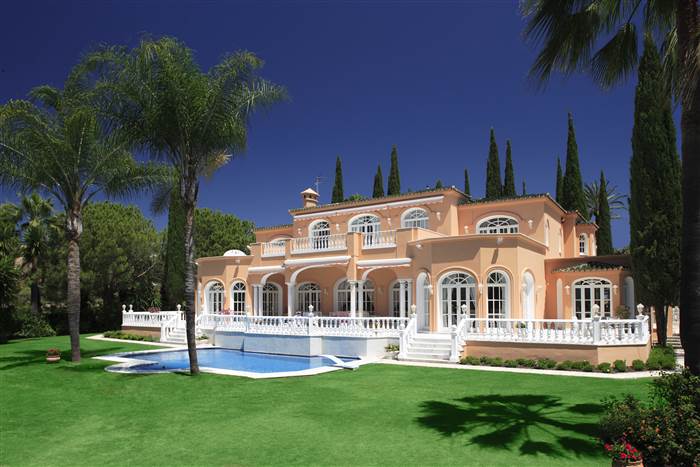 Prince incorporated his style and frequently the purple theme into his homes, even a Beverly Hills rental that he once painted in purple stripes.  There was the three-bedroom Minneapolis “Purple Rain” house from his 1984 semi-autobiographical movie that sold last year for $117,000, and the Chanhassen, Minnesota home on Lake Riley he called the “Purple House” which he had demolished in 2003. Prince died at his Paisley Park home in Chanhassen that was also his recording studio he built in 1987 for $10 million.

Prince loved the color purple and incorporated it into several of his homes. In 2004,  Prince painted a Beverly Hills home he was renting from NBA Basketball star Carlos Boozer in purple stripes, installed a purple carpet with his monogram and changed the plumbing to send water to a hair salon. Boozer filed a lawsuit saying Prince had broken the terms of his lease, but later withdrew it and Prince paid to have the house returned to its former neutrals.

Though connected with many celebrity women, at the age of 27 Prince married his backup singer, Mayte Garcia, on Valentine’s Day 1996. They had a son in October, named Boy Gregory, but the baby was born with a rare genetic disease and died a week later. In 1998, Prince bought a stunning villa in Spain as a gift to his wife. It was west of Marbella in the hills of El Paraiso with views of the sea, mountains, valley and golf course. They decorated it elaborately in pure Prince style, but Mayte and Prince divorced in 2000 and Prince sold the villa in 2006. The new owner redecorated to tone it down to more universally preferred elegance and put it on the market in 2014.

Sited on 1.45 subtropical walled and landscaped acres, the 7,535-square-foot, salmon-colored villa also has 2,583 square feet of terraces for outdoor living with tennis court, pool and three-car garage with additional parking for six. The landscape is softly lit at night affording ambiance for outdoor entertaining. Inside are six bedroom suites including two masters with the grand master encompassing two levels. Public rooms are opulent with good flow, a new fully equipped kitchen has been reconstructed and the entire villa has been updated with the finest materials.

Outside, the 2,583 square-foot terrace looks out onto the valley and Mediterranean Sea, and there’s a tennis court, heated pool and landscaped gardens with subtropical trees. 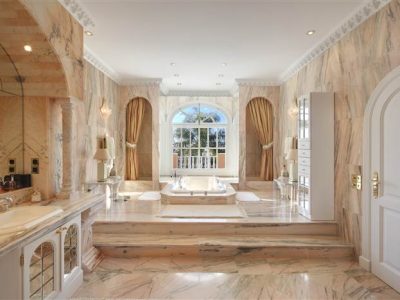 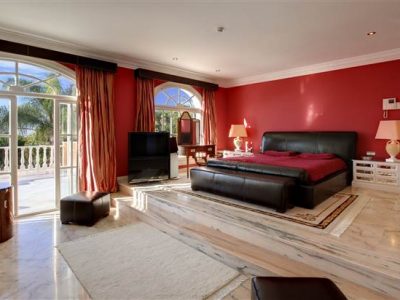 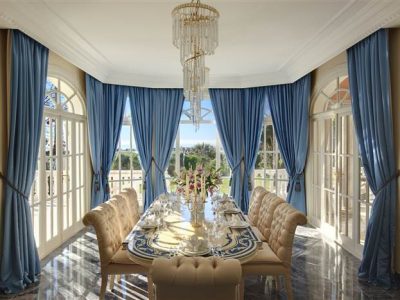 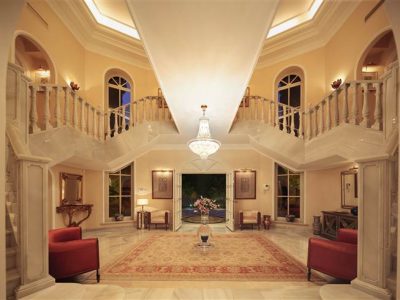 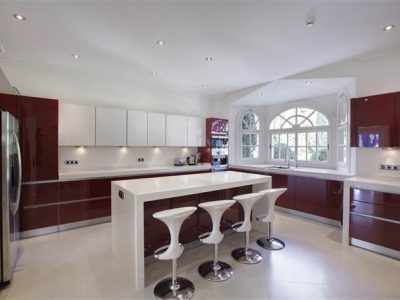 Named as one “of the most influential artists of the rock & roll era,” Prince was inducted into the Rock and Roll Hall of Fame in 2004, sold over 100 million records and won seven Grammy Awards.  It is said that the Spanish home and its romantic location were the inspiration for several of Prince’s songs.