Lucky Boys Confusion is celebrating the group’s twenty-year anniversary, and even they aren’t quite sure how they made it here. 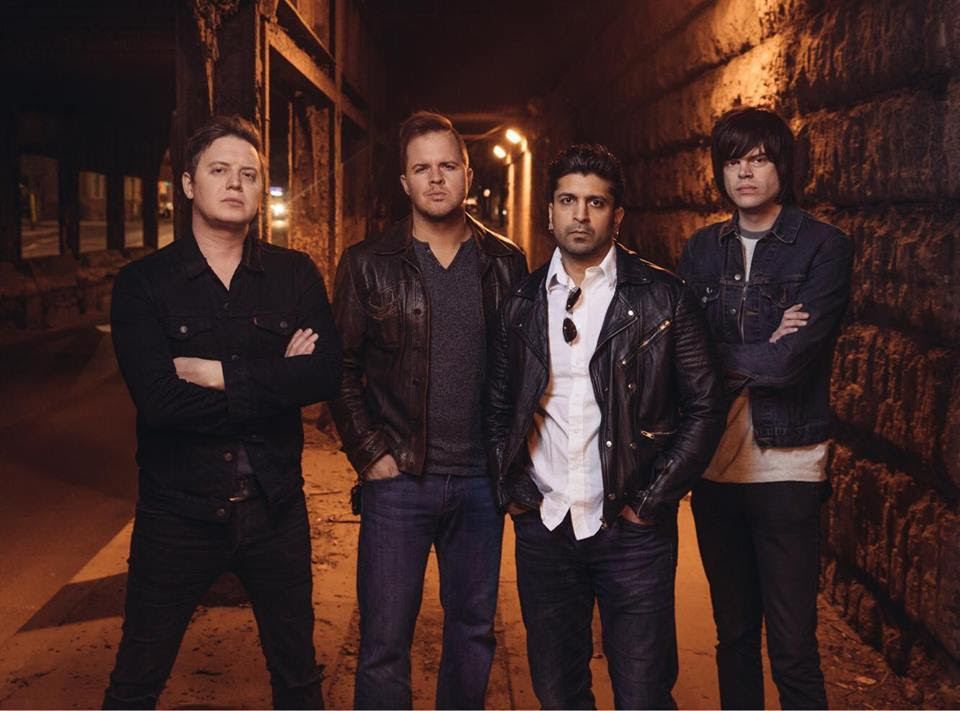 “It’s pretty surreal” notes lead singer Kaustubh “Stubhy” Pandav. “We’re still playing shows for fans who have grown up with us, as well as for kids discovering us for the first time – it’s been a hell of a ride.”

That ride is showing no signs of slowing-down anytime soon.

The Chicago-based group attained national (and soon after, global) attention with their 2001 major-label debut, Throwing the Game (Elektra Records), featuring the alternative-radio-charting “Fred Astaire.” The band toured relentlessly over the next decade, playing as many as 250 shows per year, and garnering a rabidly-loyal fan-base in-the-process.

Now, with a planned year-long celebration of the band’s platinum anniversary throughout 2017, the Chicago-based four-piece is currently finishing up their first full-length of all-new material since their second major-label release (2003’s Commitment, which featured the top-40 single “Hey Driver”), slated for an April ’17 release.

The new record, Stormchasers, is comprised of all new songs penned by the long-time songwriting team of Pandav and guitarist/multi-instrumentalist Adam Krier, with production duties being manned by Grammy-nominated, Chicago-based producer Johnny K (Plain White T’s, 3 Doors Down).

Stormchasers draws on the band’s long-history, with punk-tempo-ed bangers such as “It’s After Midnight” and the quasi-title-track “Stormchaser,” while showcasing their affinity for modern, radio-ready anthems on “Sun In My Eyes” and “Knives (Watch What You Say).”

“I’ve been describing the new songs to people” explains drummer Ryan Fergus, “as the sound of things falling apart, and coming back together again. Everything that’s happened, everything we’ve went through – it’s all there in the music, and the four of us are still here to tell the story.”

“It’s After Midnight” is now available for download on iTunes at: https://itun.es/us/VnDeib

The fact that the band still exists at all to even tell that story is perhaps the most unexpected part of their decades-long saga.

After the sudden, tragic death of lead guitarist Joe Sell in the summer of 2012, Pandav, Fergus, Krier and bassist Jason Schultejann were mutually devastated. “I basically went into a personal nosedive” Fergus confesses. “Emotionally, physically, spiritually – for years afterward. I think it’s safe to say I wasn’t the only one.”

Along with missing their long-time collaborator & close friend, and with the remaining members branching out into new projects (AM Taxi, Super Happy Fun Club), it was unclear if the remaining foursome would continue at all, much less create new music together.

Then, like all archetypal saga’s, the band’s third-act began with both a nod to what came before, and a look towards the future.

“We didn’t plan this. Joe passed, my marriage ended, and I was really low. So, I do what I always do, and started to write. It began as a few melodies, then it became a few songs” Pandav relates. “Before we knew it, we had a full record’s worth of songs to work on. We started to get together routinely to work out arrangements, and it just happened organically. It’s been an amazingly positive process for us – probably the best time we’ve ever had working on a record since our first one” (the self-released 1998 indie-debut, Growing Out of It).

And so, out of the darkness, came the light. Many of the songs on Stormchasers, such as the power-pop-infused “Sun in My Eyes,” show the slivers of brightness inevitably peeking through the shadows, in lyrics such as “The crash of the clouds doesn’t frighten me like it used to, you can say the rain reminds me I’ll survive”

“I found love again” Pandav shares. “All four of us kind of stabilized, and found our places in life. In many ways, we’re closer than ever.”

In other words, it’s an exhilarating period of creativity for these four men – not boys anymore, and somewhat older, wiser – who have been playing together now for two decades straight. They’ve seen success, disappointment and tragedy – and now rebirth – and they still have some new tales to tell.

“We’re unshackled!” exclaims Fergus. “We have no industry folks checking-in with notes, we’ve had no time-constraints – it’s literally the four of us in a room together working on new songs for the last two years, and we’re so excited to start sharing what we’ve made with everyone. It’s going to be an amazing year.”

Guitar Player Challenges Music Industry: Who Will Save the Guitar?