The festival returns to the Tokyo Bay on May 12 & 13 with a spectacular lineup featuring Alison Wonderland, Deadmau5, Steve Aoki, Martin Garrix and more

Today, Insomniac and partners GMO Internet Group, Creativeman and Live Nation Japan announced the global roster of talent set to travel to the Tokyo Bay for the 2nd edition of EDC Japan. On May 12 and 13, Insomniac will bring a one-of-a-kind music festival experience to the Zozo Marine Stadium and Makuhari Beach, where Headliners will be able to experience the thrill of dancing Under the Electric Sky to the soundtrack of their favorite dance music artists. As EDC returns to Japan after a successful 2017 event that welcomed over 84,000 beautiful fans, the two-day festival will showcase the most influential acts in dance music including Chris Lake, Diplo, Illenium, Kayzo, Party Favor and more.

For two incredible days, Headliners will dance beachside across three of Insomniac’s signature stages, including kineticFIELD, circuitGROUNDS and neonGARDEN, as well as the Boombox Art Car. EDC Japan will mark the first international appearance for the stunning kineticFIELD Gaia stage, showcasing the beauty and spirit of Mother Earth as the elements of fire and water bring Gaia to life. Headliners will experience mind-blowing sets by a variety of bass, trap, techno, and trance artists, with additional artists to come. 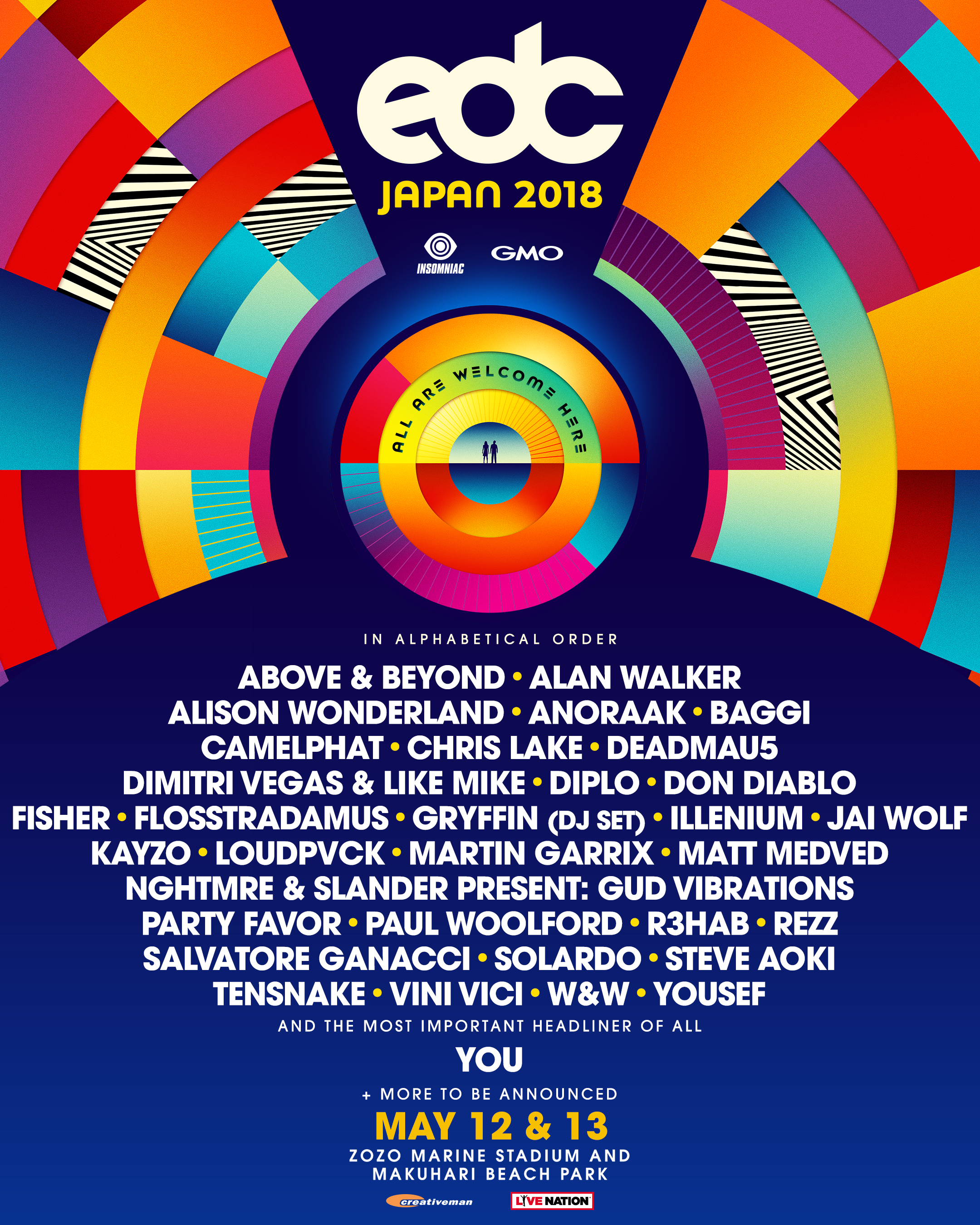 Stay up to date with upcoming EDC Japan announcements at japan.electricdaisycarnival.com or by following EDC Japan on Facebook, Twitter and Instagram. Check out the latest Insomniac news at www.insomniac.com.

Throughout its 25-year history, Insomniac has produced more than 1,200 festivals, concerts and club nights for nearly 5 million attendees over five continents. Insomniac’s events are held across the U.S. as well as in Mexico, Australia and Japan. The company’s premier annual event, Electric Daisy Carnival Las Vegas, is the largest dance music festival in North America, and attracted more than 400,000 fans over three days in June 2017.