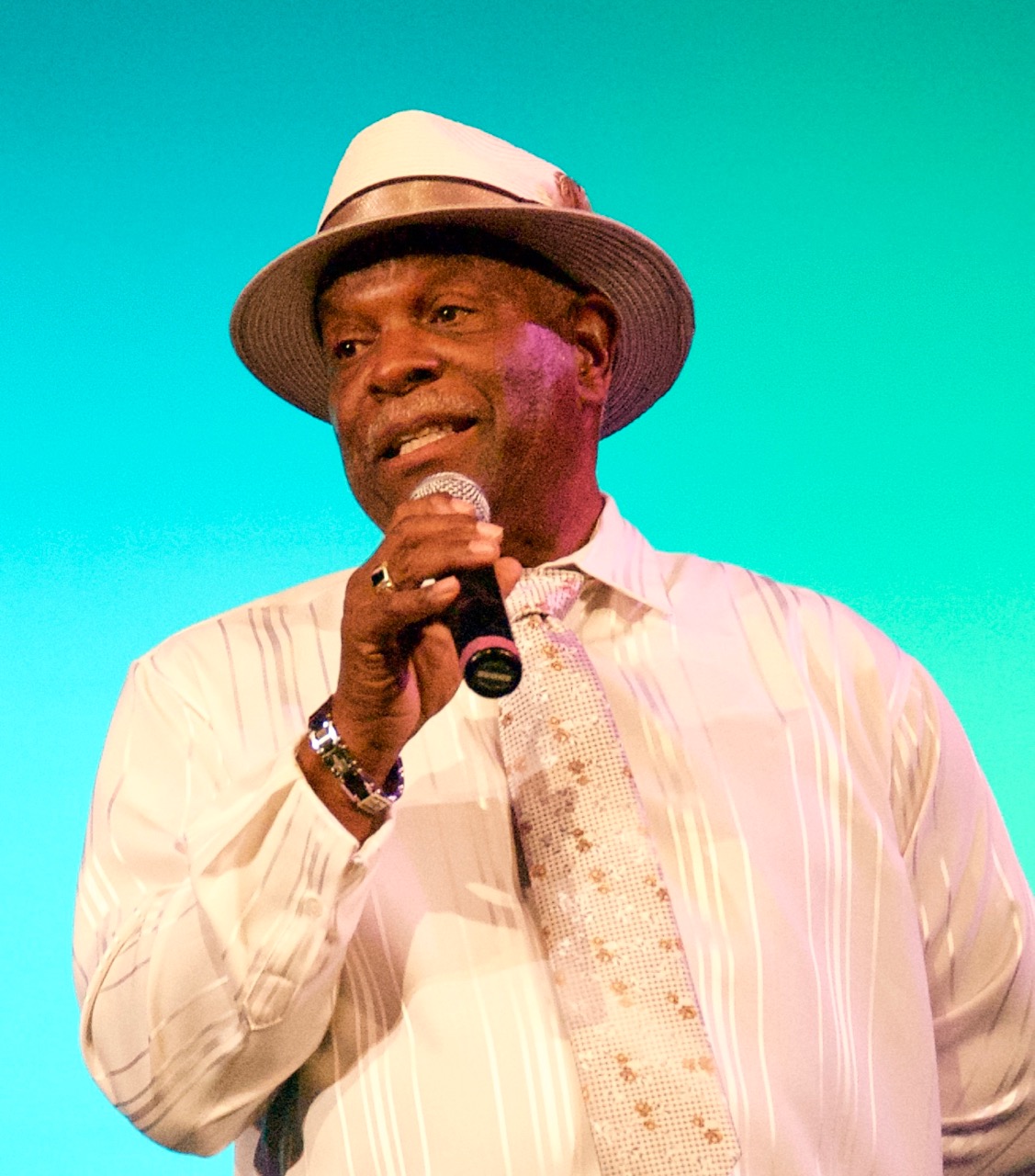 A consummate entertainer, Frank Graves had the audience thoroughly charmed from the moment he hit the stage.  Donning a white fedora with a brown brim and feather, a white silk shirt with a light green tie, he looked ready to step out and shine.  First, he had his all-star band introduce the show by playing a Stevie Wonder song.  Saxman, Rodney Taylor did his blowing acrobatics on the horn.  A lively and fun mood was set for the evening.

When Frank Graves introduced the group to the audience he said, “They call me Frank “Spice” Graves.  We are going to bring some flavor here tonight. You are going to get a performance.  We are going to do some blues, R&B, and gospel.  But we want you also to be part of the entertainment.”

He looked at the crowd and spurred them on. “Talk back to me, that’s right, talk back to me.”  Some “Yeahs” were heard yelling out.  From there Graves broke into a James Brown song, “Get Up.”  After a few verses, he stopped singing to tell the crowd, “I used to be able to do all this dancing like the mash potato…” then displayed the old man version of what he could do.  He swayed his hips a bit with a funky feel injecting humor into the act.

The moment Frank Graves broke into “Stormy Monday,” he brought home his magnificent delivery of the blues.  Originally from Kentucky, Frank Graves has been spoon fed the blues. Tonight, Graves had the perfect raw tone and attitude for carrying out this melody.  Growling and stomping around, he led the band into a jam, first with guitarist Steph Lexner screaming out on the strings then Rodney Taylor blew the high register of notes with a snarly feel.  The band riffed along and added a stop and go rhythm that highlighted the bluesy beat. 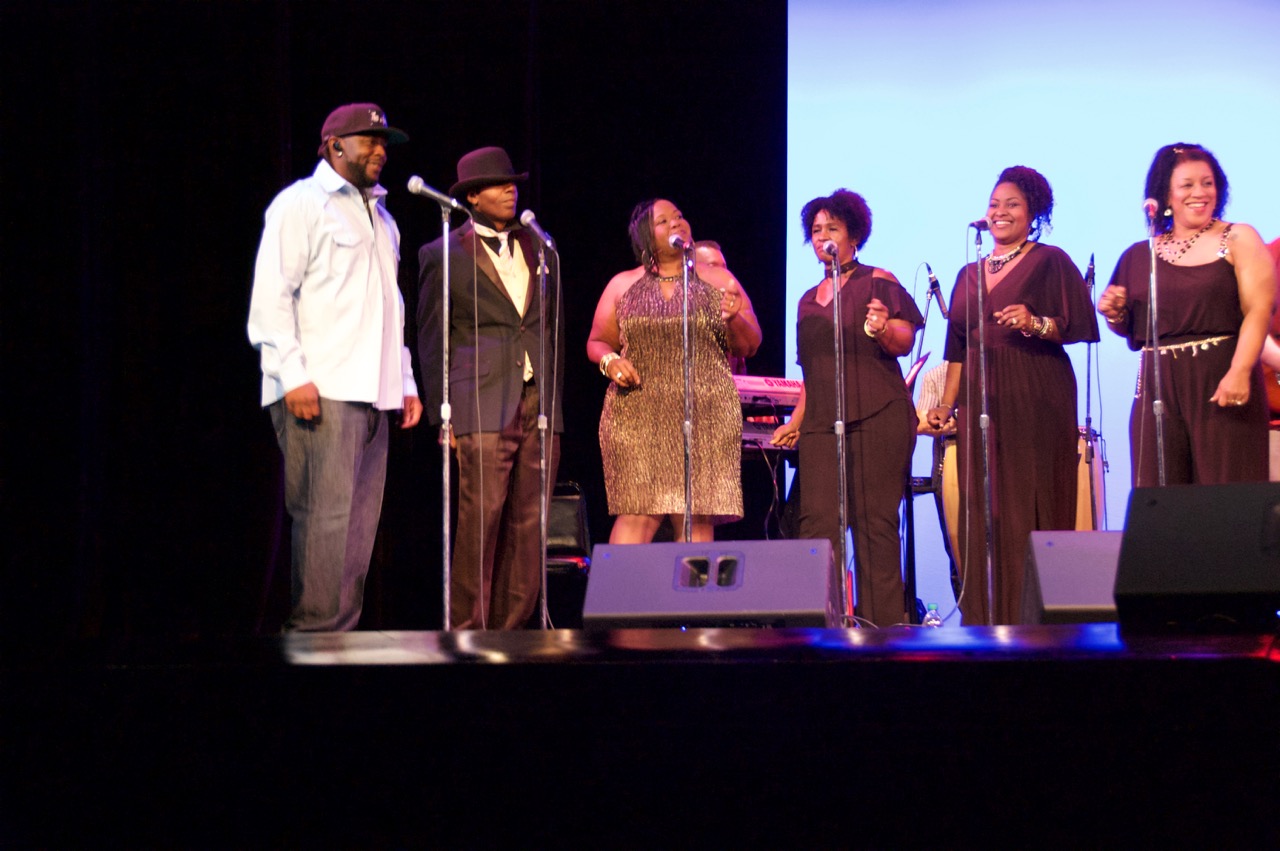 Now it was time to feature some the marvelous voices of the backup singers.  First, Lori Ramos kicked into the pace into high gear with belting out “Heard It Through the Grapevine.”  Frank took a place with the backup singers to support Miss Lorri Brady.  We also heard Venus Davis do a walloping soulful version of “Natural Woman.”  Her facial expressions rendered the passionate delivery of feeling. 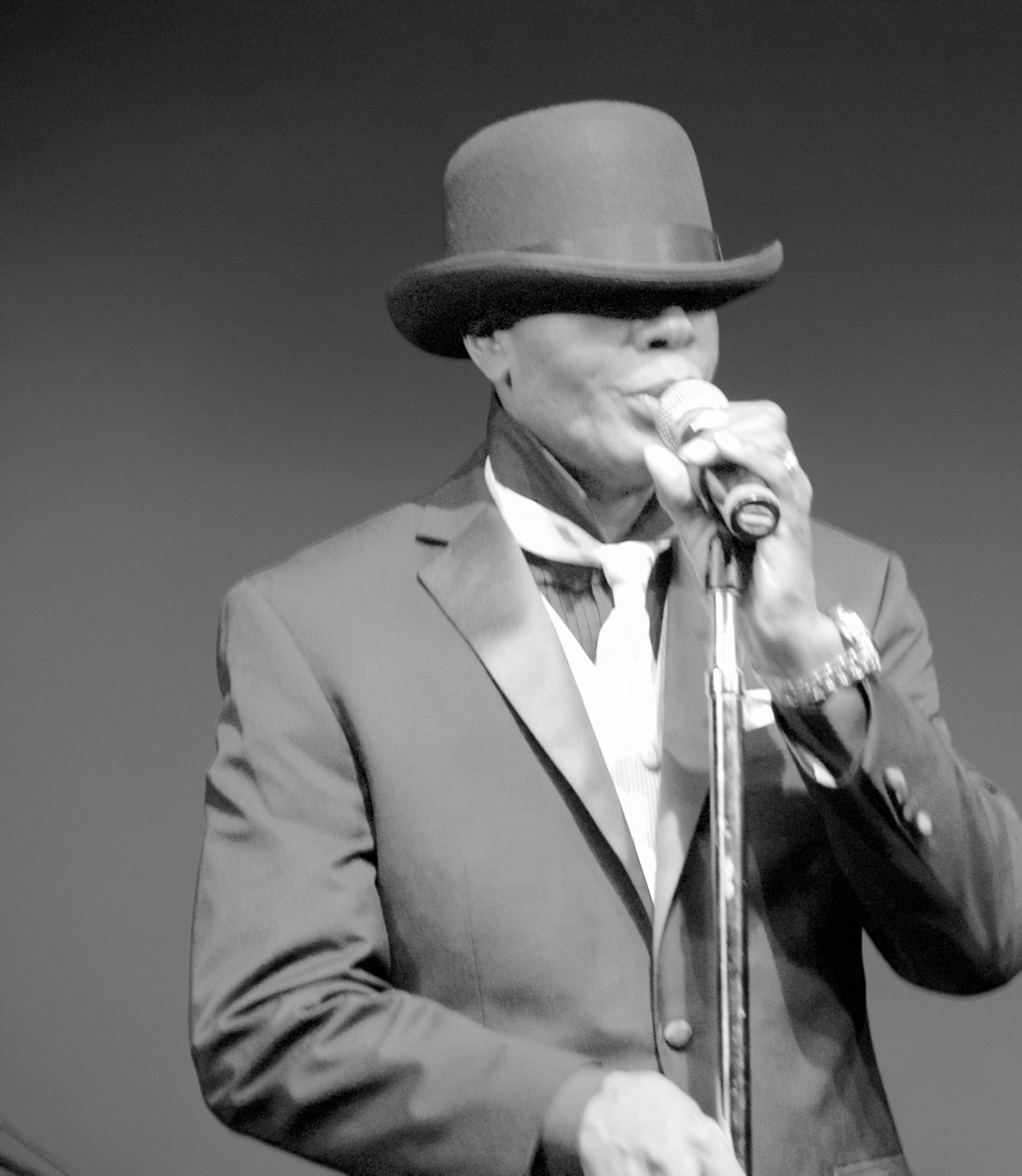 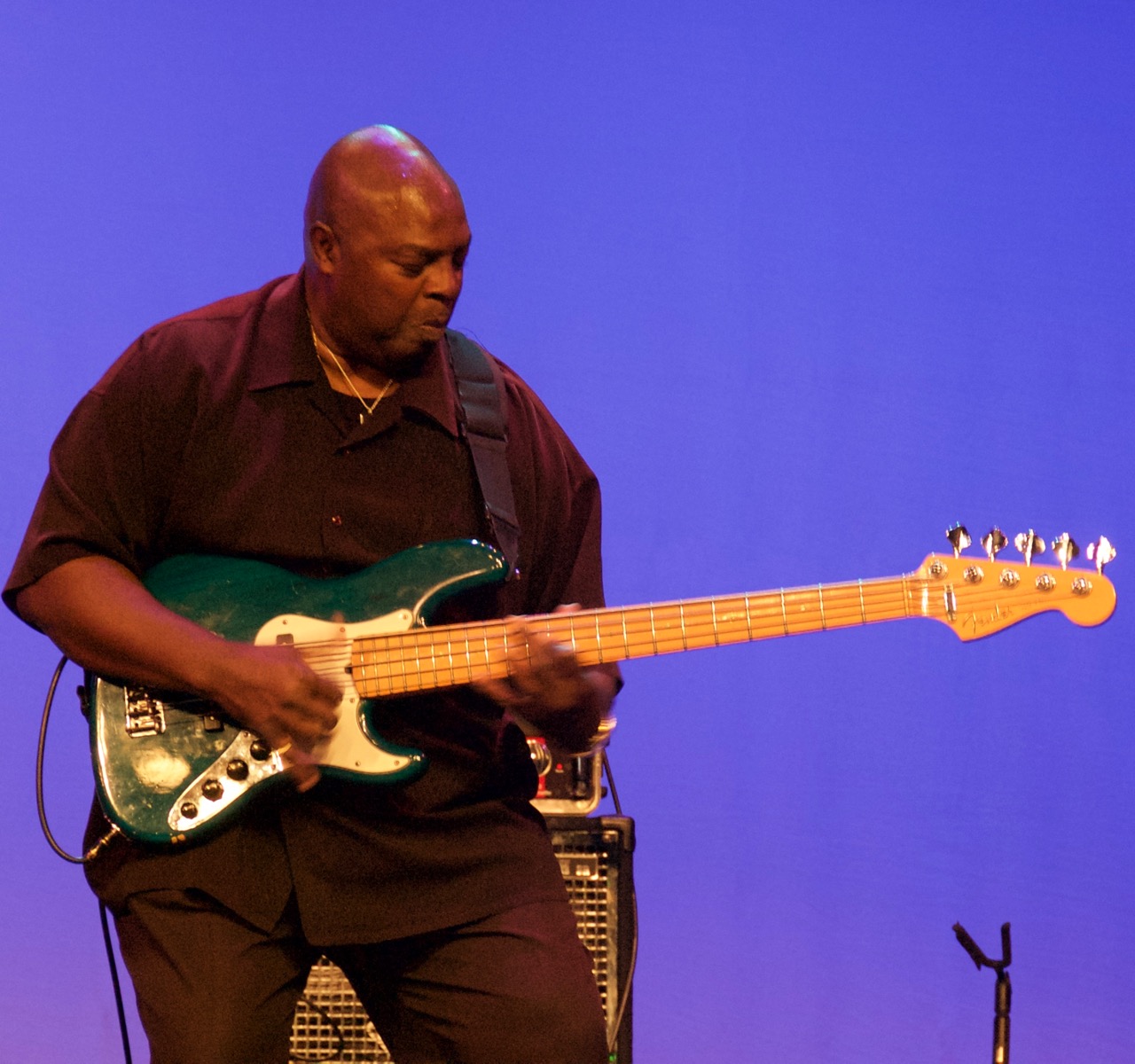 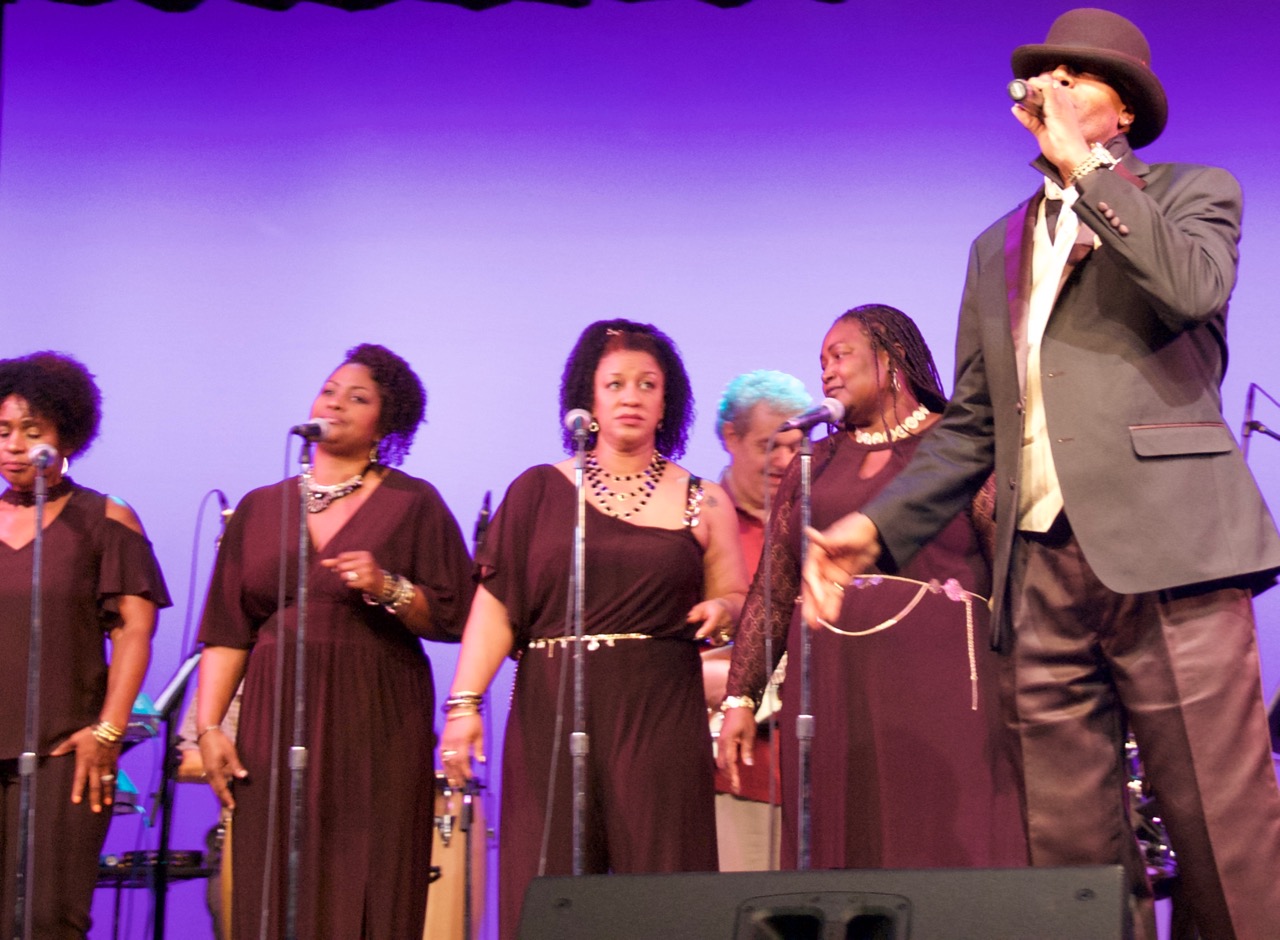 As promised, there was group participation when Frank Graves got the audience to sing along on the classic melody “Let’s Stay Together.”  Of course, this reporter was crooning in her alto voice along with the rest of the crowd.  He asked the backup singers to come forward to lead the audience in more fun singing.  Before the night was over, Frank Graves did a number which featured each musician on their instrument and let each backup singer introduce themselves.  The finale began with a winning performance of “A Change Is Going To Come,” “My Girl,” “Just My Imagination” and “If You Don’t Know By Now.”

At the end of the concert, Frank Graves announced another “Motown, My Girl” concert would be taking place again in February but with some new additions. The audience roared.  After tonight’s delightful performance, everyone wanted to come back to dance and sing along with Frank Graves and his Spice band.