This is my review of Bennie Maupin’s concert at the Blue Whale June 2016.

In 1973, I sat at the front row table in Paul’s Mall, Copley Square, Boston anxiously awaiting to hear Herbie Hancock’s,  Mwandishi group.  A year before, I had met Herbie Hancock in the exact same place and we had become friends.  Now before me stood six masterful musicians, Herbie Hancock, Buster Williams, Eddie Henderson, Billy Hart, Julien Priester and Bennie Maupin.  Needless to say the music thrashed with free improvisation mixed with intelligent innovative orchestrations that forced one to listen deeply. 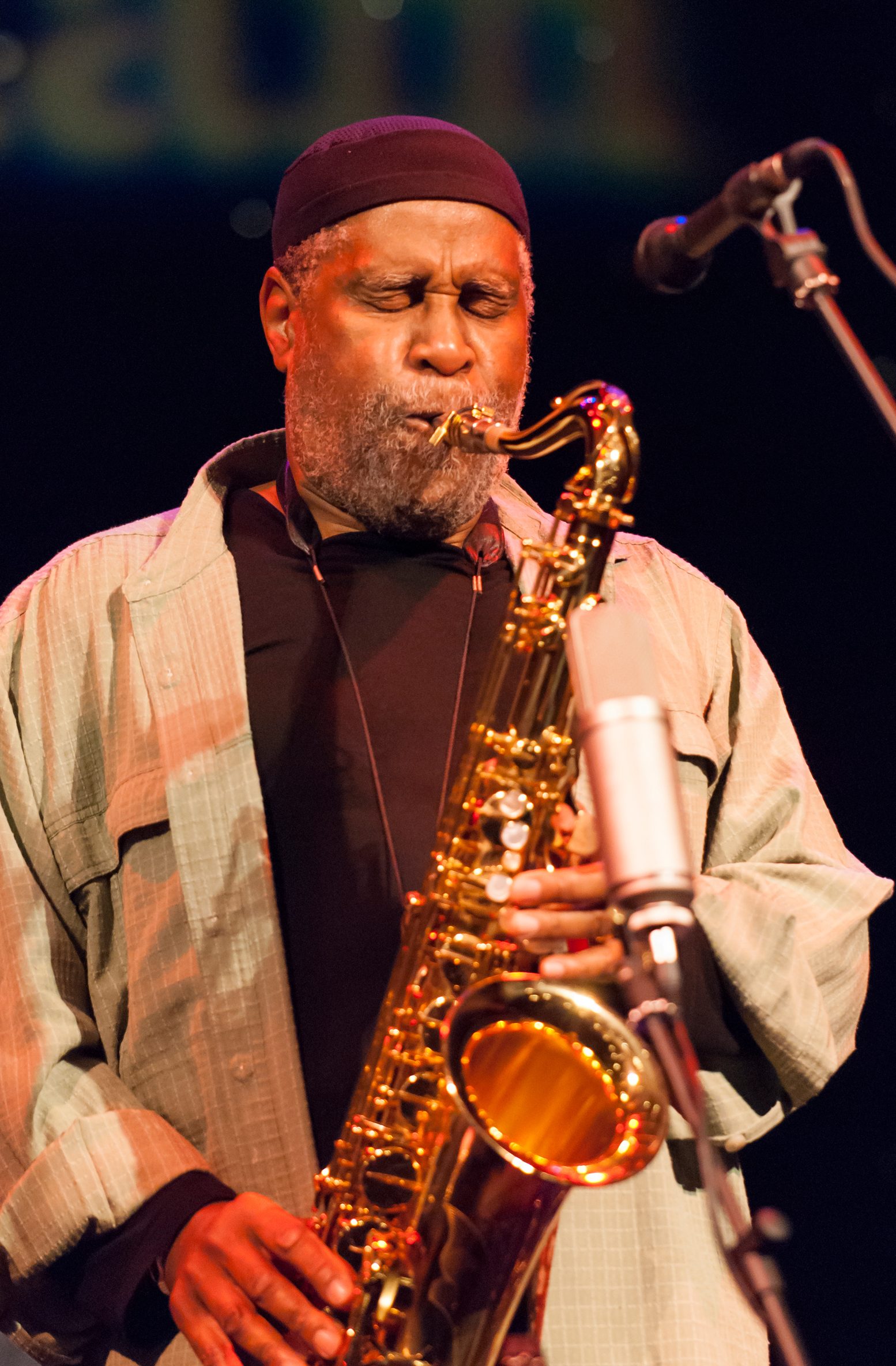 This was my first encounter hearing Bennie Maupin on the bass clarinet as his superlative tone and complex phrasing soared with rhythmic undertones.  When I found out that Herbie was coming back to Boston in 1975 to once again play at Paul’s Mall, I reserved my spot.  I settled in preparing to be sent off into outer realms of avant-garde jazz.  Then I heard the first few lines of Chameleon with Bennie Maupin’s  tweet popping melody on the sax rolling into a funky layered composition, that caused the sensation to get up and dance.  History was shaped that year as the Headhunters -Herbie Hancock, Bennie Maupin, Paul Jackson, Bill Summers and Harvey Mason, trail-blazed the jazz funk, fusion sound.

Bennie Maupin commented, “We were reaching for things that hadn’t been done before.  We didn’t want to repeat ourselves.”

Now, over forty years later, I sit in the front row of the Blue Whale jazz club in downtown Los Angeles.  The Bennie Maupin Ensemble takes the stage tonight featuring the musician on bass clarinet, soprano and tenor saxophone and flute, Darek Oles on bass, Michael Stephans on drums and Munyungo Jackson on percussion. This group has performed and recorded together for the past fourteen years; however, Maupin revealed, “We haven’t played together in two years.”  The last time occurred in 2014 as the Bennie Maupin Ensemble were featured in a documentary film called, Jazz in The Rainforest directed by Paul Sabu.  The quartet performed at the 8th annual Amazonas Jazz Festival in Brazil.

As the tonight’s set began, the veteran musicians slipped back into the comfortable space of a cohesive unit.  Maupin walked over to the piano and laid out a gorgeous etude of chords that were textured with an undertone of lament.  His original composition, Equal Justice, was layered with a rhythmic edge as the bass, drums and congas overlaid a pounding dynamic.  Maupin left the piano and picked up the tenor saxophone and ran clear, precise riffs with rapid firing.  The music slowly and quietly faded until only the sax blew a few notes and Maupin headed back to the piano to end with the lush, sorrowful voicings.

See the Positive, jumped off with Bennie Maupin playing a catchy riff over and over.  The beat blasted along as Oles on bass soloed.  This was followed by Maupin blowing a rhythmic line which the bass, drums and congas answered.  The drums and congas then echoed each other back and forth constructing a weaving of complex rhythms.

It was then time for the maestro to feature the bass clarinet in his original composition, Message to Prez.   During his fifty- year career in the business, Maupin’s ingenious style of playing on this instrument has built him a reputation as being one of the foremost innovators.  Back in 1969, the legendary Miles Davis surprised Maupin when he requested that the reedist only play the bass clarinet on Bitches Brew rather than saxophone.  Herbie Hancock also encouraged Maupin’s cutting-edge creative process on the bass clarinet when recording albums for the Mwandishi and Headhunters bands.  Bennie Maupin commented, “Eric Dolphy was my inspiration and first musician I heard playing it. I fell in love with the sound.  The bass clarinet is very melodic and powerful.  I find I can add another voice to the music, rather than just hearing a saxophone.” 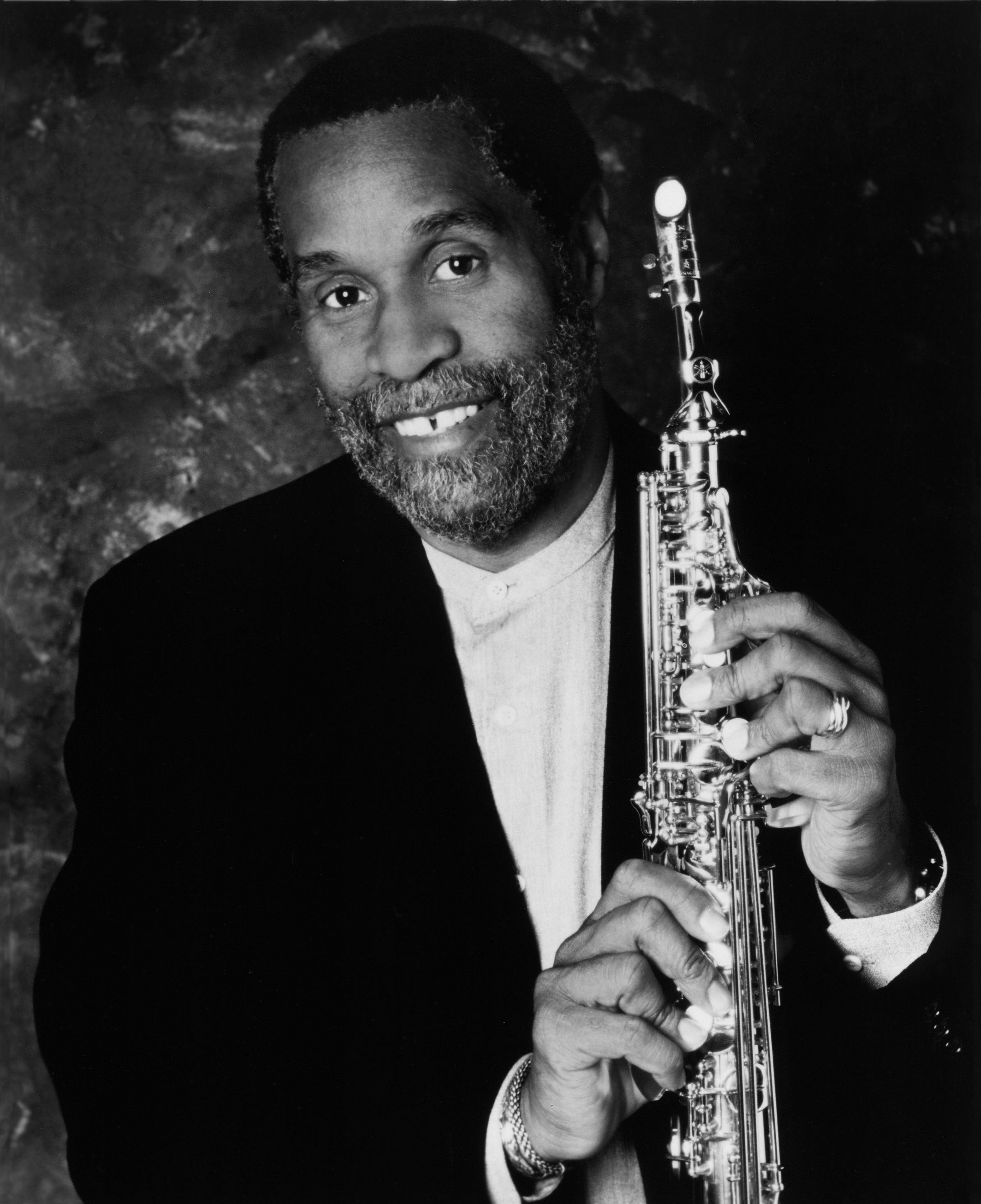 Bennie Maupin adjusted the elegant elongated clarinet before him.  With eyes closed, the musician blew sonorous, belly deep tones that conjured sublime images.  With unfathomable intonation that released so easily yet at the same time penetrated, the composition had echoes of the blues underneath.  Oles on bass backed up the melody with a soft textured pulse and Maupin added a drop of humor with atonal lift off of riffs. The band explored the theme with a joyful sense of mischievous curiosity.  The piece ended with a long sigh from Munyungo Jackson as he expertly caressed the congas.

Other notable moments of the evening were the band swinging to All Blues applying the change up rhythms from an easy pace to a lightning fast tempo, the hauntingly exotic sound of Maupin’s flute on Penumbra as the bass, congas and drums powdered the flavorful melody with subtle rhythmic pacing, and ending with an element of surprise as the Bennie Maupin Ensemble revamped on oasis of superlative funk playing Eat the Chicken.  Drummer, Michael Stephans added his humorous jazz rap lines, so the evening dashed to a close with an upbeat send off.

Bennie Maupin commented why he loves playing the music.  “It’s a way to give back to the people who have listened to me over the years.  I have to acknowledge the fact that none of it would have happened if it wasn’t for the fans praising me, and also criticizing me.  Even when I took the heat of being innovative,40 plus years later, Bitches Brew is known by millions of people.  They have known my sound and my name.”

METAL BLADE RECORDS, SCORPIONS, AND THE RAINBOW JUST NOMINATED TO THE HALL OF HEAVY METAL HISTORY