Back in 2000, ABC, together with MTV, produced a reality TV series called “Making the Band” where young men vied for a position in the next big boy band. The first season’s winning contestants were Erik-Michael Estrada, Trevor Penick, Jacob Underwood, Dan Miller, and Ashley Parker Angel, better known as O-Town.

O’Town had a successful debut album, “O’Town” ,and single, “Liquid Dreams” ,which went to number 1 on the Billboard charts in 2000.  After the release of their second album ,“O2”, in 2003, the band went their separate ways. For the next ten years they all went on to live their separate lives, focusing on solo careers, as well as personal pursuits outside the music industry. They decided to reunite in 2013,  and in 2014, 4 of the original members, Erik-Michael Estrada, Trevor Penick, Jacob Underwood and Dan Miller (  Ashley Parker Angel opting out ), collaborated on their comeback single “Skydive” which spawned their independently produced comeback album, “Lines and Circles” .

In 2016, they launched a successful reunion tour, as part of the My2K tour, along with 98 Degrees, Ryan Cabrera and Dream, then continuing on their own through Feb 2017, which hasn’t disappointed their older and newer fans. 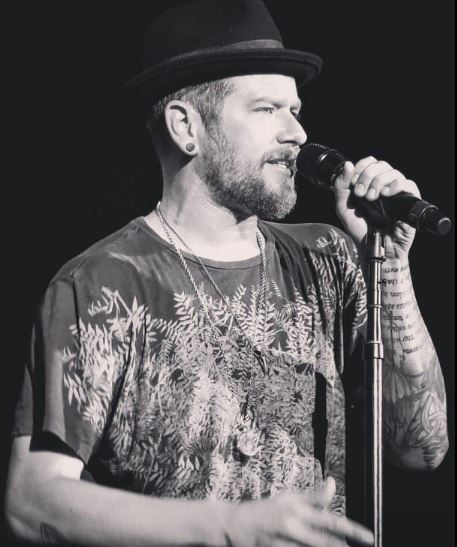 A busy man, Singer/songwriter Jacob Underwood is currently preparing for the release of O-Town’s, fully fan funded, 4th album, which surpassed their Kickstarter goal by double the amount. The album is slated for an early 2017 release.

Along with the O-Town reunion tour, and the new album, Jacob has found time to work on a new side project with singer/songwriter Chandler Bay. Their new music video for their cover of the Gnash hit song “I Hate You, I Love You” was recently premiered by Perez Hilton.

Underwood and Bay generously took some time to talk with us. 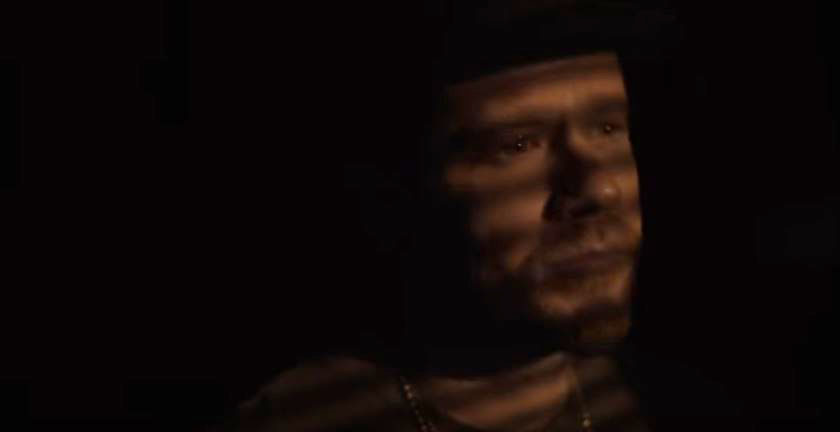 The Hollywood 360: It’s great to see O-Town back together. You had been on a 10 year break before the reunion. What had you been doing with yourself during that time?

Jacob Underwood : The first part was spent trying to get back to a more normal day to day life after the 4 year whirlwind of O’TOWN. I spent time at home and worked with family in construction balding houses after the fires in San Diego. Then built 68-82 corvettes for a while. Odd jobs that where fun and just different than the music business for a change. Then I decided to move to Nashville and spent 5 years there in the studio, recording, producing, and even spent over a year building custom microphones by hand. When I really started taking getting back in the business seriously I went back to school and got a business degree so I wouldn’t make the same mistakes I did in the past. I was about 7-8 months away from getting my MBA when OTOWN became a viable investment so I put my education on hold to do what my passion is. The music always comes first, but this is just as much of a business to me as it is a creative outlet, and I get the same satisfaction from both sides now.

The Hollywood 360: How do you feel that break is helping out this time around?

Jacob Underwood : I manage the band this time around, and could have never even thought of doing that (at least successfully) before going to school and getting my degree in business. All of us are taking our experiences of the last decade and applying them to make what OTOWN is today. We are completely independent now and can only operate this way due to our time spent with people like Clive Davis, and continuing to educate ourselves. We now handle everything from the artwork and web design, to the choreography, writing, editing and every other aspect we produce. We are very proud of what we’re doing now and it’s truly a product of us.

The Hollywood 360: What was the dynamic like when you  all got together to record again?

Jacob Underwood : It was a little weird at first, just to be in the studio with the guys again, but we quickly fell right into our routine and have now started developing a whole new approach. We’re writing all the music for the 4th album and brought in a few friends to co-write on a couple. We’re co-producing it with our trusted partner Mark Suhonen who did a few songs with us on the last album Lines & Circles. This will be the first album we’ve done funding it ourselves and it’s awesome to have the creative freedom together in the studio where we can take our time and create without boundaries or limitations.

The Hollywood 360: What have the audiences been like during the MY2K Tour?

Jacob Underwood : We never expected the tour and turnout would be as amazing as it turned out to be. All the bands were great friends by the end, and we shared a bus with Ryan Cabrera so we had a lot of fun for the 2 months we toured together. Our shows have become much more of a party lately. Everyone wants to come and celebrate times when we were younger, and had far less responsibility than our adults live.. haha

Jacob Underwood : We definitely still dance, but we don’t quite go as hard as we did in our early 20’s.  Our shows have been a lot more freeform and fun, but we still lock up for the memorable routines like liquid dreams and girl. Our new stuff allows us to do things in our show that we couldn’t before having so many ballads in the past. Now it feels more like we’re throwing a party.

The Hollywood 360: Moving to this current project. I understand you discovered Chandler Bay. Tell me the story about that.

Jacob Underwood : I had stopped in Nashville after an O’TOWN tour and was ending my night when Chandler started to sing. I couldn’t see her, but my ears perked up and I had to ask who she was. When a friend brought her over to introduce her I turned around and was speechless when I saw how beautiful she was. I think I uttered out something like, “where did you come from” or something equally as dumb. After talking to her for a little while and hearing just a sliver of her story I knew that if I could fall in love with her that quickly, everyone else would too. I had her out to our studios a month later and we’ve been working together since. It turns out she’s a great writer on her own so we’re working on her EP now and looking to release something this year.

The Hollywood 360: Are you planning any other collaborations with Chandler, or any other artists that we can look forward to?

Jacob Underwood : After Chandler and I did the “i hate you, i love you” cover we immediately started talking about doing more duets. Neither of us expected to blend together like we did, and it felt like we found something special. I’m sure you’ll hear more from us singing  together in the near future.

The Hollywood 360: Will you be writing, or have you been writing any new music?

Jacob Underwood : I’m constantly writing music. I don’t have as much time as I’d like, but you’ll hear a couple of songs I’ve written on the new O’TOWN album, and I’ll try to add in where I can in Chandler’s music, but she’s an amazing writer and I don’t think she’s gonna  need my help too much 🙂 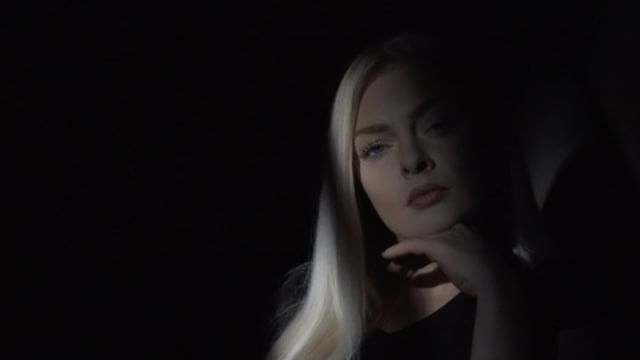 The Hollywood 360: Chandler, you have had quite an interesting upbringing. Tell me a little about that?

Chandler Bay : I traveled all over the country throughout my childhood, my mom was an extremely free spirited strong woman who liked to teach her children hands on! Often homeschooling us throughout our adventures, we learned survival on top of it.  I come from a family of 8 kids! I have five sisters and two brothers, it’s safe to say my mothers famous words “never a dull moment”…

The Hollywood 360: You’ve been all over, what made you decided to settle in Nashville?

Chandler Bay : Nashville seemed like a safe enough choice and smart move musically. I packed what I could carry, hitched a ride with some friends that were heading that way and prayed for the best. I wanted to check out the music industry here and needed to do some soul searching, and it’s been an interesting journey that’s for sure. I’ve grown a lot in the last year. I happily  took that leap of faith and God has been on my side.

The Hollywood 360: This is pretty new for you. What has this whole experience been like for you?

Chandler Bay : It’s been fun at times and not so fun other times, haha,  but that’s just part of learning. I’ve got so much stamina, I’m ready for the hard stuff. I’m learning so much, taking it all in, and enjoying the show. Music is such a huge part of me and always has been so it’s awesome to finally be able to do something with that.

The Hollywood 360: How has it been working with Jacob?

Chandler Bay : Absolutely terrible!! Haha, just kidding, Jacob has been phenomenal. He’s so smart and really knows what’s he’s doing. I’ve never been so willing to put all my walls down and let somebody in to help me with my craft, and I’m glad I did because I’ve become a better vocalist through working with him in the studio and just listening to the way he does things. I will admit I can get really stressed out at times but he’s shown me how to take things in stride and not to sweat the small stuff.

The Hollywood 360: You’ve have done an amazing job on some covers. Are we going to be hearing some original material and is Jacob planning on being part of that process?

Chandler Bay : Thank you! And to answer both of your questions yes and yes! I have been writing so much and we have been brainstorming quite a bit on our next project, my EP! I can’t wait to get this produced with him, it’s so exciting to have so much room for creativity, and to write about everything that’s been happening in my life. I know it’s going to be something we are both really proud of.

The Hollywood 360: What is coming up for you?

Chandler Bay : Getting in the studio and getting my EP polished for the world to hear is my number one focus right now. Once that’s finished and we get a single released I’m sure we will get out there and start doing some shows! Time will tell!

Let Your Love Set Sail at The Queen Mary’s Tell It To My Heart: Valentine’s Day Dinner

The Hollywood 360 Interview : Damon Elliott Composer for “Through My Father’s Eyes, The Ronda Rousey Story”