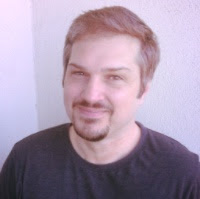 Marvel’s Daredevil TV series season 1 and Dark Horse Comics’ Buffy the Vampire Slayer and Angel & Faith writer Christos N. Gage has joined the impressive lineup of Fandom Charities Inc.® WhedonCon 2017, the three-day con run by fans for fans celebrating the works of Joss Whedon and the talented people of the Whedonverse that raises money for charity.  The second annual WhedonCon celebration takes place May 19-21 at the Warner Center Marriott in Woodland Hills, CA.

Gage, who is a screenwriter and comic book writer, will be a featured special guest, known for his work on Daredevil as well as Law & Order: Special Victims Unit along with a number of films including The Breed, Teenage Caveman, and Paradox.  Gage is known in the comics industry for working on Angel & Faith, Buffy, Avengers Academy, The Amazing Spider-Man, The Superior Spider-Man, and has written tie-in books for the “Civil War” and “World War Hulk” storylines.

WhedonCon 2017 marks the 20th anniversary of Buffy the Vampire Slayer and the 15th anniversary of Firefly. This event is organized by the same team which hosts the Buffy Musical in San Diego Comic Con and the Dr. Horrible Sing-Alongs at WonderCon and on Halloween in Los Angeles.

This year in memory of Ron Glass (Firefly, Serenity, Barney Miller) Fandom Charities will be raising funds for the Al Wooten Jr. Heritage Center, a youth center that was dear to his heart. Memberships to participate in the festivities are now available and can be attained by visiting whedoncon.com. Hotel rooms are also currently available with an early bird discount for a limited time at the Warner Center Marriott (21850 Oxnard St, Los Angeles, CA 91367).

“We are delighted to add Christos Gage to our WhedonCon 2017 roster of incredible talent and creators from the Whedonverse,” said Fandom Charities Inc. President Marsia Powers. “We truly believe that harnessing the power of Fandom, the love that we have for our genres and stories, can make a good dent in the world for years to come.”

WhedonCon 2017 will be announcing additional headliners in the coming weeks. WhedonCon is the place where Whedon lovers can meet their favorite Whedon stars. The event will feature panels, workshops, live demos and much more. The schedule is still in development and fans are encouraged to check in regularly. The only way to attend is to purchase membership through WhedonCon.com.

Fandom Charities Inc.® is a 501(c)(3) non-profit organization established for the purpose of raising funds for charitable organizations through fandom events, conventions, special appearances and media events, and to serve as a hub for the latest news and happenings in the creative universe of selected fandoms, and to provide related educational activities.

EVERYBODY PANIC! Release Live Video for "Our Last Goodbye"