Day III of the Long Beach Jazz Festival presented a star studded lineup like no other…  Barbara Morrison & Les McCann performed with Al Williams’ Jazz Society, then there were Spyro Gyra, Bob James, Najee, Ramsey Lewis and the grand finale with Poncho Sanchez. When such a powerhouse of musicians took the stage to entertain the crowd one after the other, the enjoyment factor exploded off the charts. 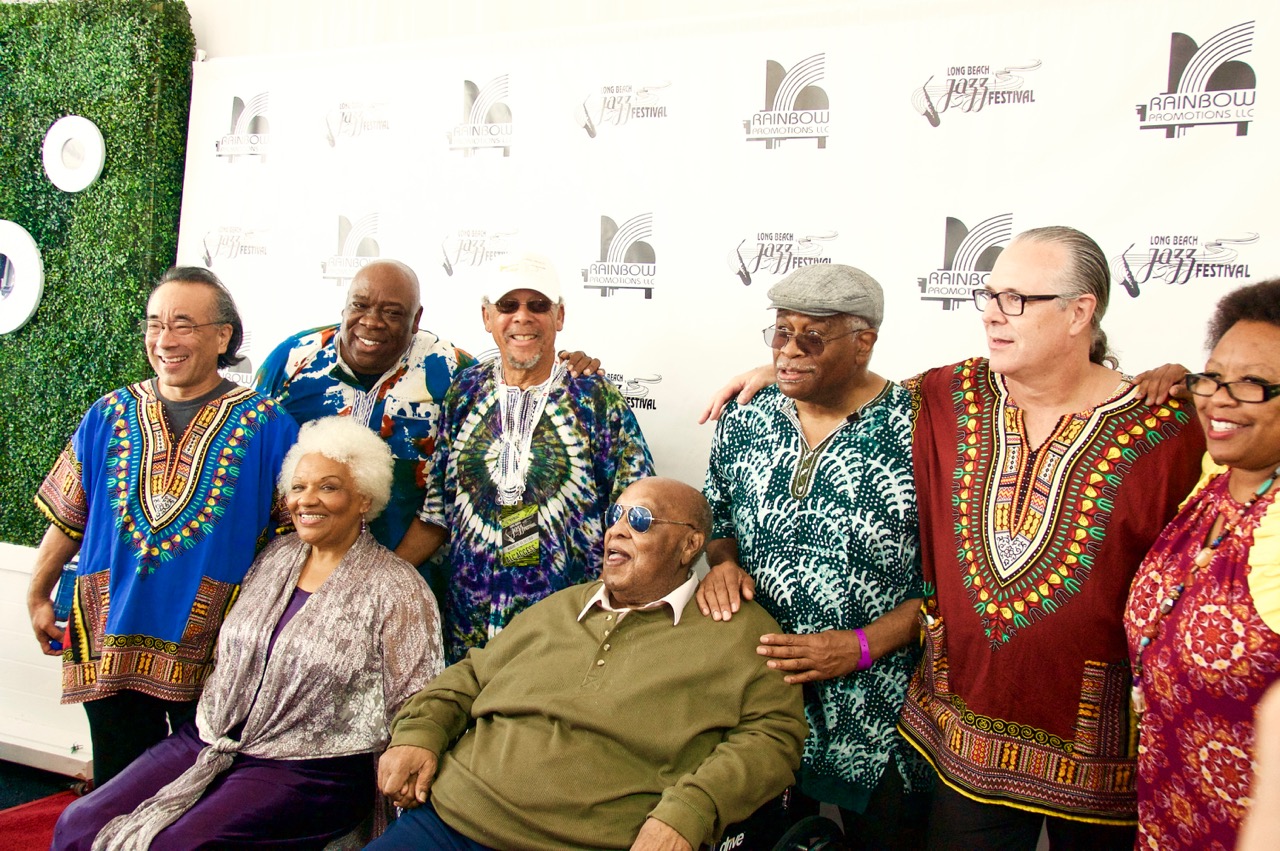 First up was the Al Williams Jazz Society with special guests, legendary artists Barbara Morrison and Les McCann.  Al Williams is the founder of the Long Beach Jazz Festival and has been in the music industry for over 40 years.  He has performed with Sarah Vaughan, Freddie Hubbard, and Joe Williams.  Today he headed his sextet of the following musicians: Doug Webber, sax, Dr.George Shaw, trumpet, Ron Kobayashi, keys, Henry Franklin, bass, Anthony Poingsett, percussion and Al Willimas, drums.  The music rang true with all the colors of straight ahead jazz.  The crowd was treated to hearing Les McCann sing the classic hit tune, “Compared to What.” 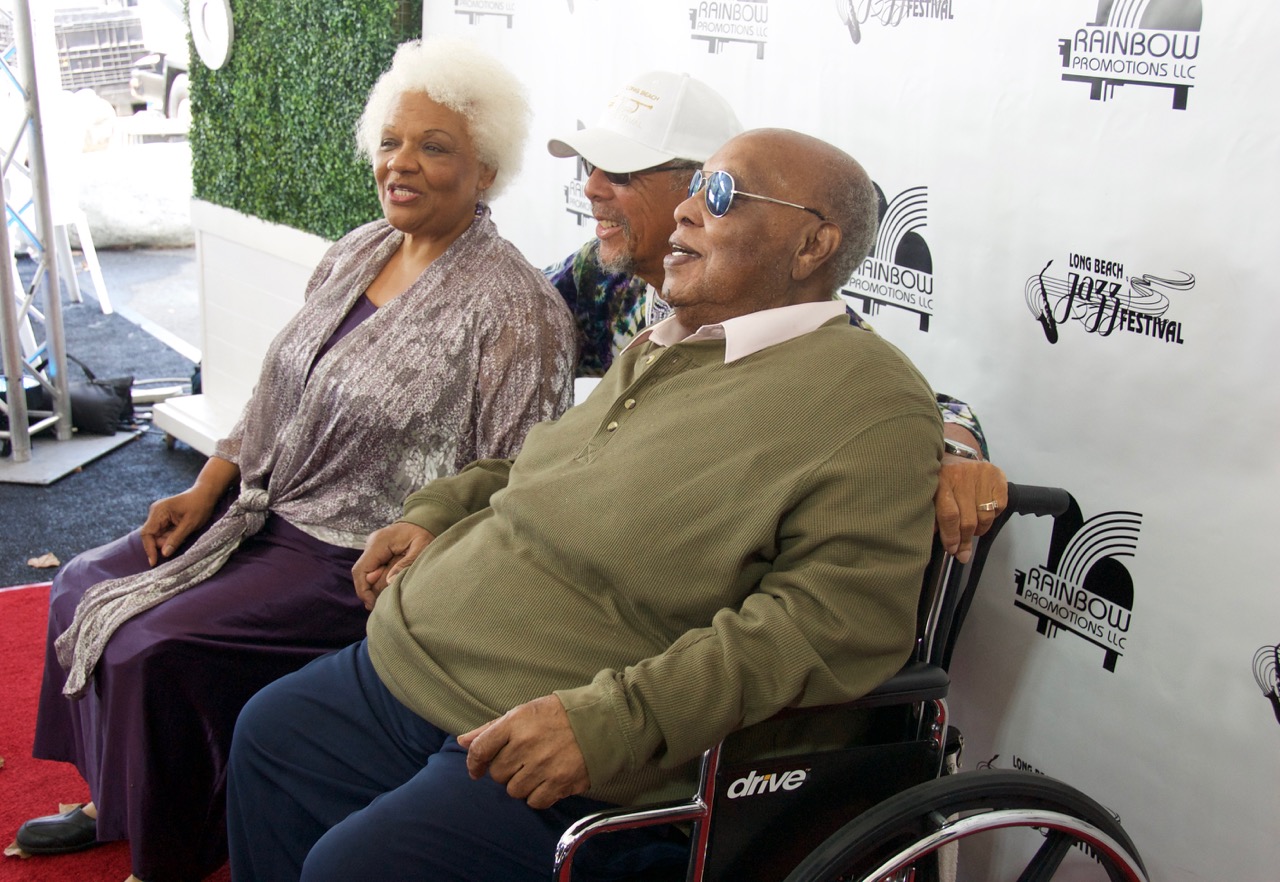 When I sat down with Les McCann after his performance he told me what playing Jazz has meant to him.

“Jazz is always growing, always being reinvented.  That’s the purpose of jazz… being something that you don’t know what it is.  It’s different every time you hear it.  I grew up believing that.  I try to recreate a new solo every time I’m on stage.  It keeps me young and keeps me thinking.  Jazz has kept me involved and it’s been God’s gift to me.”

Les McCann commented on the iconic song, “Compared to What.”

“Compared to What was written by Eugene McDaniels who was a great song writer.  I’ve done 20 of his songs but that’s the one everyone wants to hear.  The history of the song speaks for itself.  The timing of it is right and the timing is now.  It’s time for all of us to wake up.” 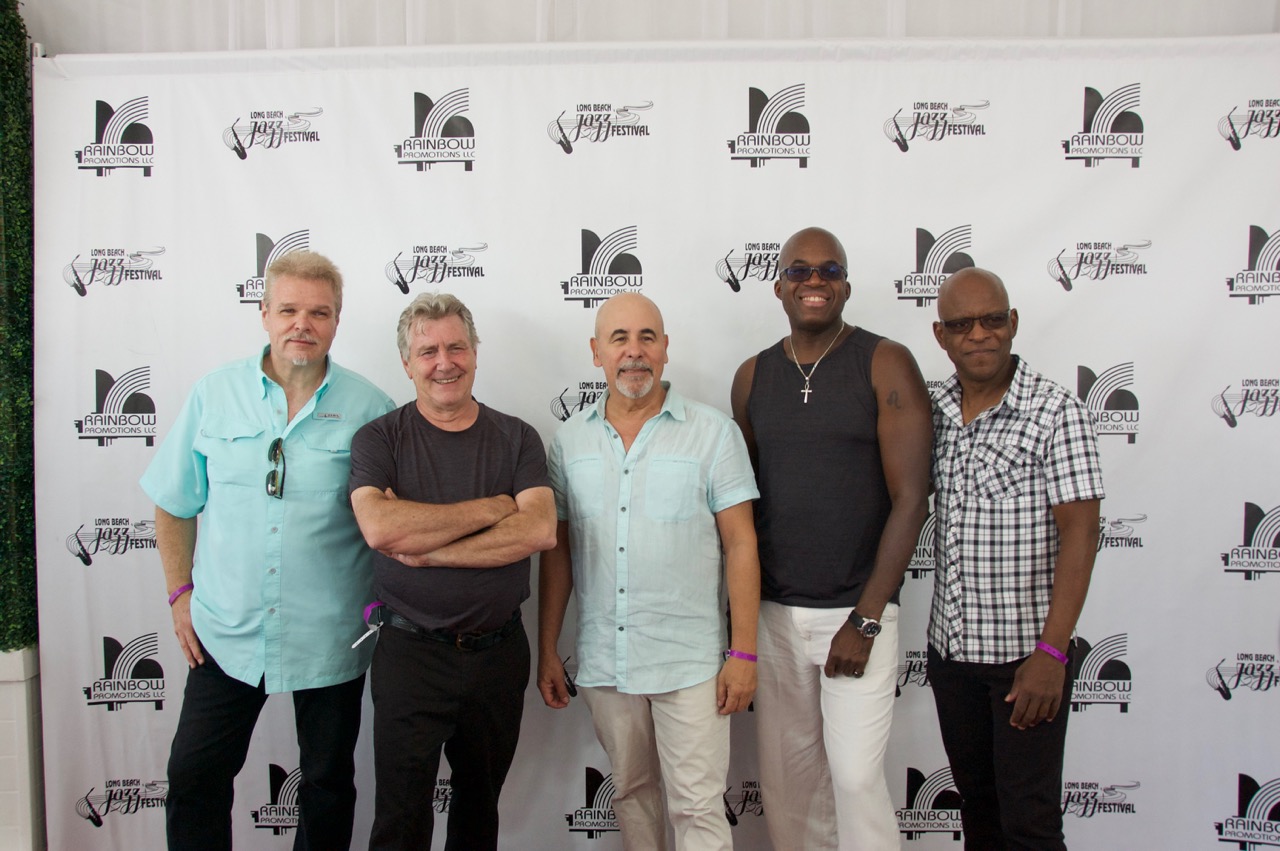 The band Spyro Gyra took the stage next.  For the last  40 years, Spyro Gyra has been entertaining audiences with their catchy jazz fusion music that runs the gamut of jazz, funk pop.  Today we heard their famous hit song, “Morning Dance” that sax man Jay Beckenstein relayed with sunny sounding riffs.  For the next hour, the crowd was enlivened by Spyro Gyra’s  buoyant set.

Veteran keyboardist, Bob James throttled the keys with his expertise of swinging the music and was accompanied by the perfect conversations on upright bass. jazz guitar and drums.   We settled in to hear the cool, hip upbeat jazz. A standout youngster on the bass was twenty-seven year old, Michael Palazzolo. He rode the bass with incredible power and finesse.  His immersed his entire body into his fiery technique. Palazzolo told The Hollywood 360 in an interview that Bob James had discovered him while playing in Detroit, Michigan and called one year later to offer him the gig with his band.  ‘We’re heading to NYC to play at the Blue Note next week.” 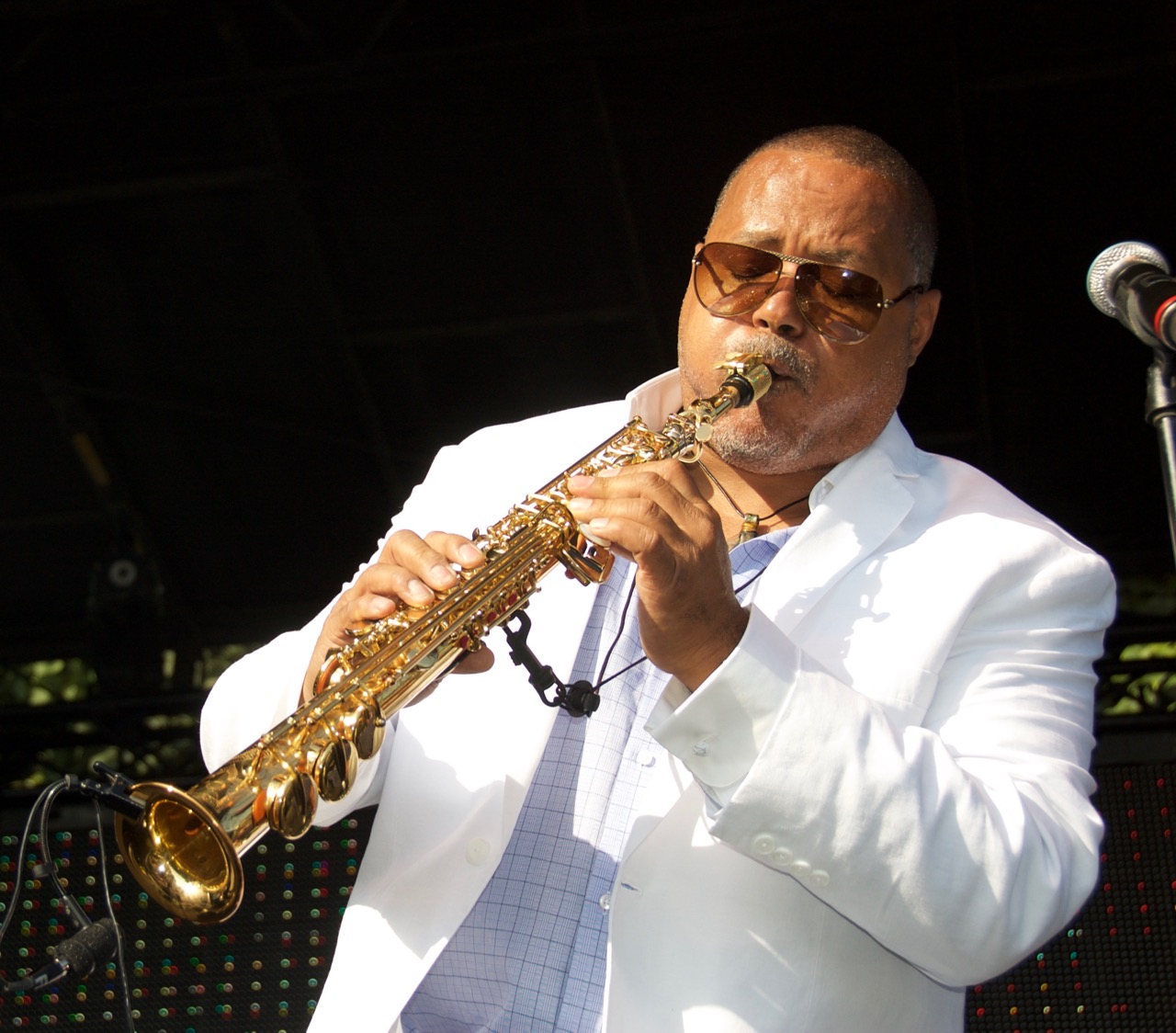 Najee opened up with his guitar player and bass player tearing up the airwaves with a beastly electric sound.  The high voltage of energy ebbed higher when Najee came to the stage blowing his sax with fervent phrasing.  During the set, Najee visited each player’s side displaying his support for their playing.  In 2016, Najee celebrated his 30 years in the business and told The Hollywood 360, “I am releasing my new CD, “Poetry in Motion” featuring Will Downing, Eric Robeson, Incognito, Bobby Lyle and Blake Aaron.”  Talking about his musicians that evening, “Even when the heat is on them, they never let it go.” 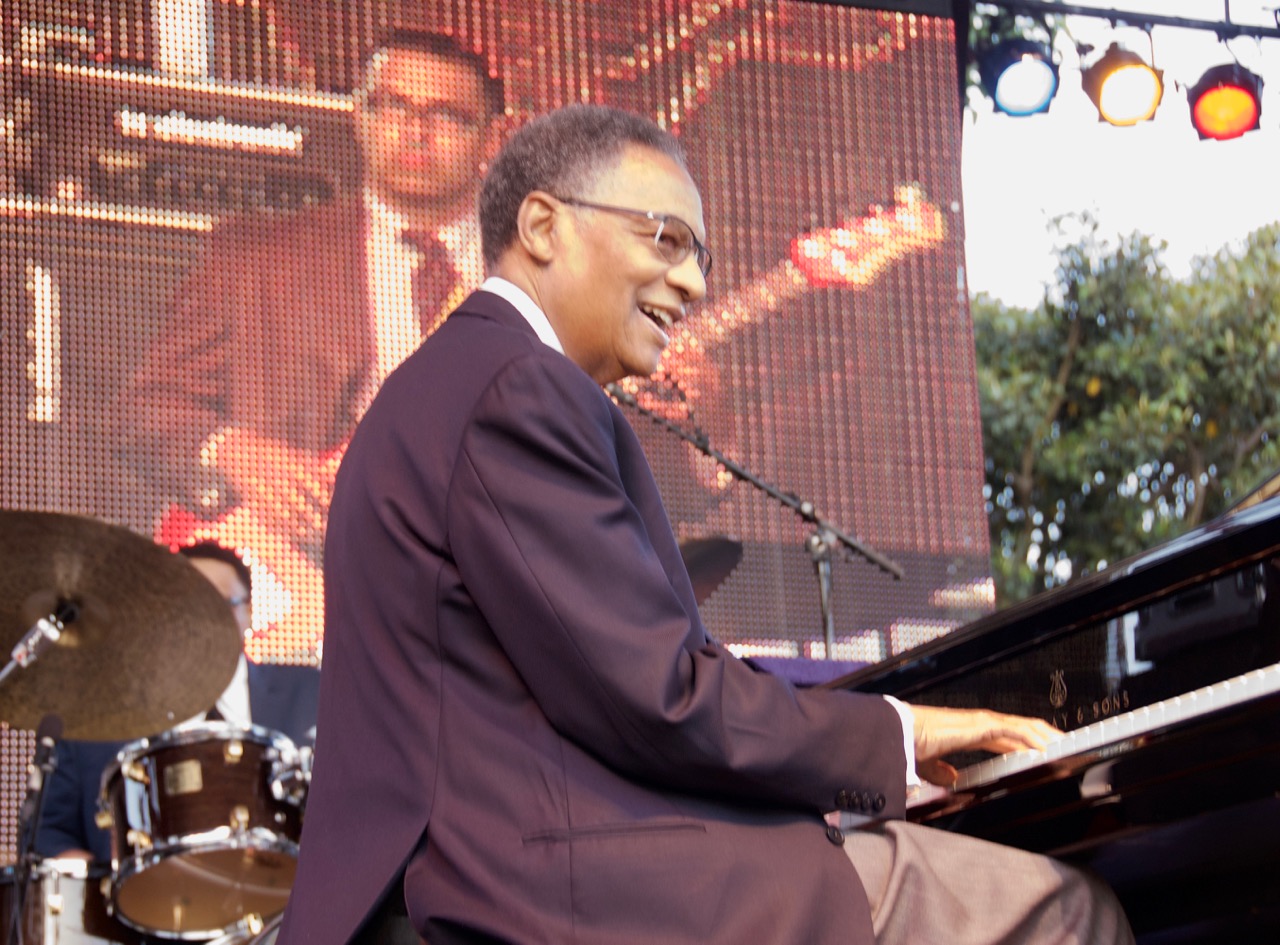 Ramsey Lewis and the Urban Knights delivered a classy performance of some good old blues mixed with the smooth, rolling out of classic contemporary R&B with the jazzy flush of Ramsey’s melodic flavoring.  One was transported back in time to when jazz was first hitting the rock and roll scene.  The sweet, romantic sounds that the band played inspired some hot, swaying, slow dancing by couples.  Of course, Ramsey treated the audience to “The In Crowd” and “Sun Goddess.”  That evening we heard this elegant gentleman’s crisp prolific playing. 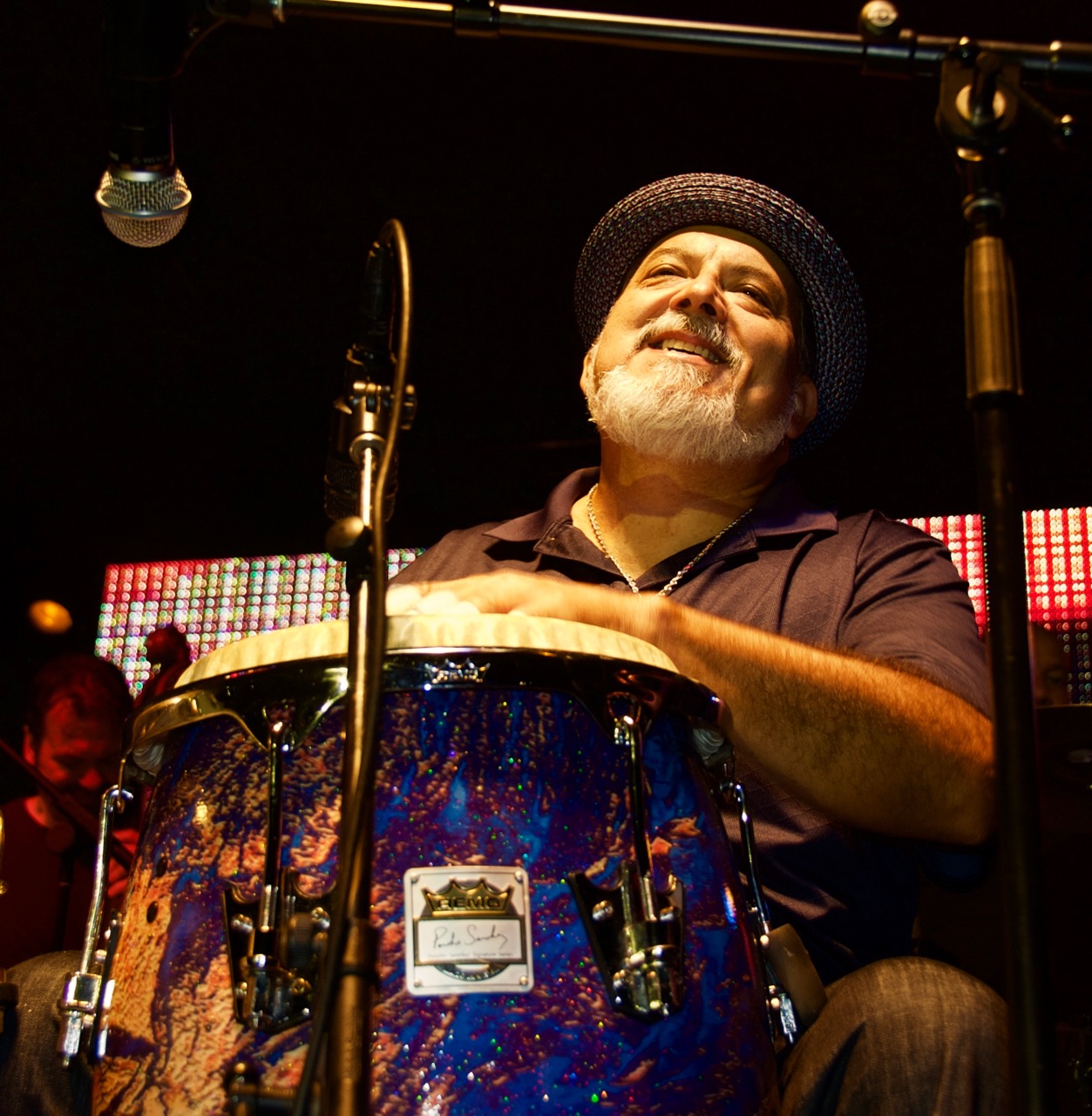 The grand finale was taken by Poncho Sanchez’s hot, sizzling Latin sound. Poncho brought home his distinct savory rhythms on congas, timbales, and horns which got everyone up and dancing until the last shaking note and pouncing on his congas.

The Hollywood 360 got an exclusive interview with the Grammy winning Artist after his performance.

The Hollywood 360: What has been your best memories of your career?

Poncho Sanchez: I’ve been playing now for 36 years and I have been all over the world many times. People ask me, ” Have you been to Paris?  Have you’ve been to Japan?  I’ve been to these place not once, not twice but many times.  The Long Beach Jazz Festival is one of my favorites.  I’ve been playing here for many years.  They had it for 30 years and I have played in it almost every year… I’ve only missed three in all that time.  I’ve always told Al and his daughter, if you give me a hoot and a holler, I”ll always come running to play here.”

Poncho certainly did just that.  Day III of the Long Beach Jazz Festival 2017 ended with this very special act.

The Sponsors for the Long Beach Jazz Festival were: