Read my review about his theatrical production from last summer and be on the lookout for the movie which will be coming out soon.  This is very relevant story for today’s times… The Last Revolutionary. 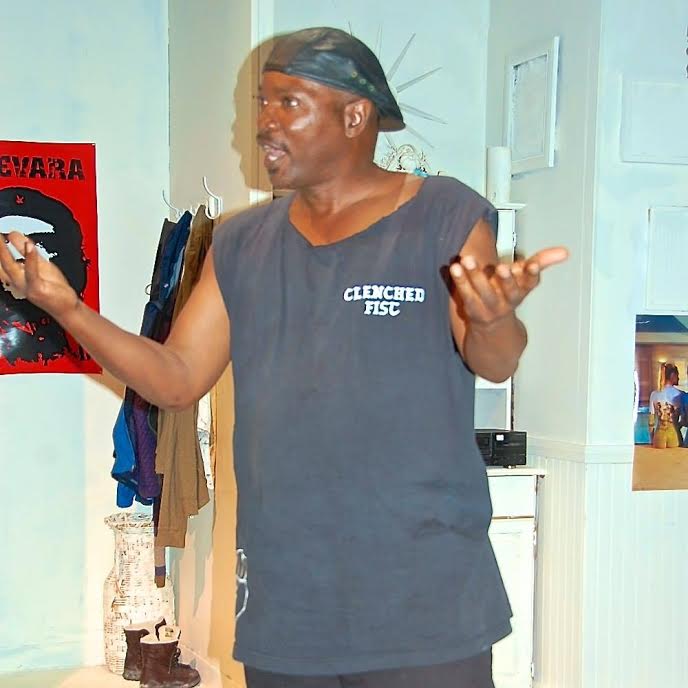 The play, The Last Revolutionary stars Levy Lee Simon and co-stars John Marshall Jones. It was directed and produced by Erik Kilpatrick. Erik and Lee are the founders of KOLA (Keeping Our Legacy Alive) a play reading series of classic and original plays from the African American experience.

I know Lee as a director of Dutchman and Breathe. Now I have seen his talent as an actor and writer and am impressed with his prolific abilities. The story is poignant, funny, very relevant, and gives us an intimate look into two men’s lives that share a bond of friendship and mission. We can look at the word revolution in two ways: an actual action of a political activist to change the structure of society that fails to meet the needs of people, but also a revolution can take place in one’s character. A man can also over throw the way he is in life and make changes to his emotional and psychological self. We see these two characters banter back and forth about their philosophy of living in today’s world as a black man. We see these two men also strut their stuff about what it means to be a man, a friend, and a successful human being. 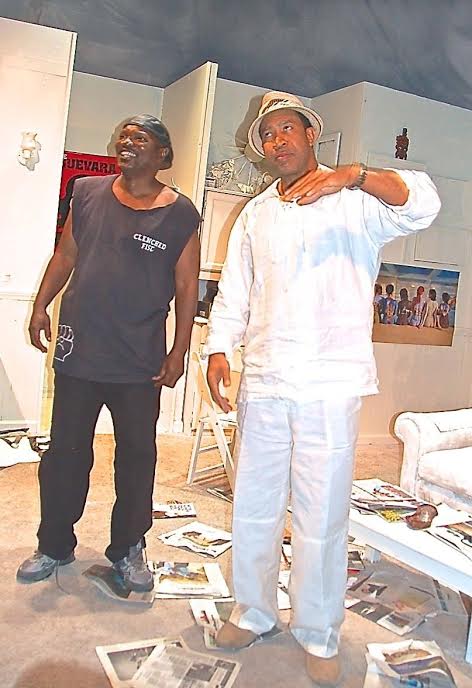 Jack keeps asking Mac, “What’s wrong with you?” And Mac keeps asking Jack, “Why do you keep asking me questions?” Both very important points the playwright is pointing out here. Isn’t there something very wrong with our society that still blatantly and covertly takes the lives of innocent black men? Isn’t
there something wrong with our society where prejudice still exists openly and covertly…where the Klux Klux Klan still parade around and threatens any race of people they hate? And is there really anything wrong with Mac who is still stuck in the 70’s mentality of Revolution and paranoid suspicion of the world out there who wants to take down the black culture? And shouldn’t we all be asking questions? Shouldn’t we all keep asking Why? Why? Why? And … What are we, as individuals going to do to stop this from happening, as well as, What is our government, our media going to do, to stop this from happening over and over again?

I know few truths as a psychotherapist about human beings.

We all want to be happy. 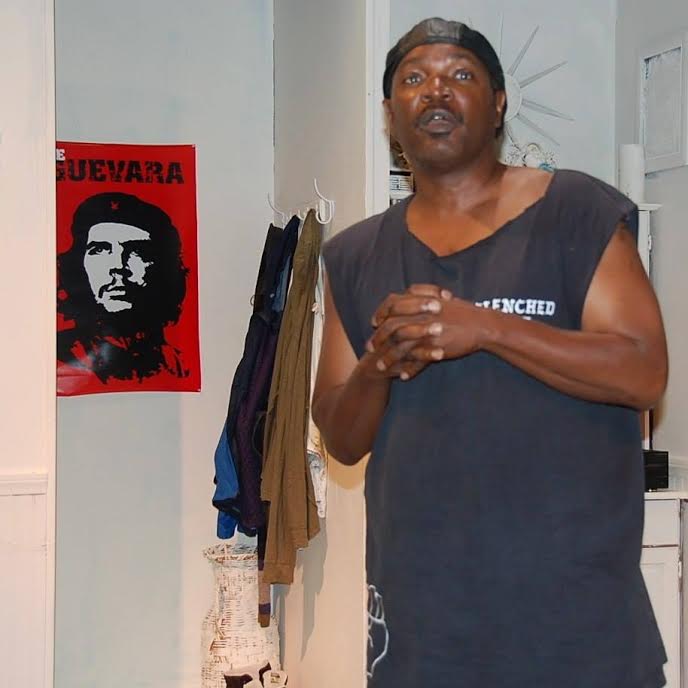 Why? Because it’s painful and a lot of hard work to CHANGE. TO CHANGE OUR VIEWS ABOUT OURSELVES, TO CHANGE OUR BEHAVIOR AND PRACTICE NEW BEHAVIORS, TO ACCEPT OUR WEAKNESSES WITHOUT CRITICISM, TO SELF NURTURE WHEN WE ARE SUFFERING AND HAVE FALLEN, TO LOVE OURSELVES EVEN IN OUR WORST TIMES. We want everyone else to change his or her behavior and then we’ll be happy… then the situation can change. So it’s important for each individual to create a human revolution inside. Because that revolution is the most important. Maybe then we can go into society and create the changes Mac strives for attaining and recruiting his friend’s alliance.

Good questions are asked and answered in The Last Revolutionary.  Simon uses humor, relationships, and self -examination to express a story that not only entertains but puts a fire under us to take personal action in our own lives.

Are we going to take up the arms of responsibility and affect change inwardly and outwardly?

Who are really the enemies?

Be on the lookout very soon for the screening of The Last Revolutionary.  Read all about it here in TheHollywood360.