The film Trafficked held a premiere on October 6th at the Aero Theater in Santa Monica. · It’s directed by Will Wallace and based on the award-winning book, Sex Trafficking: Inside The Business Of Modern Slaverywritten by Siddharth Kara.

The night before, Trafficked was shown at the United Nations and received a standing ovation. The topic… human trafficking and it focused on three female characters,  from the United States, Sara (Kelly Washington), from Nigeria, Mali (Jessica Obilom) and from India, Amba (Alpa Banker). They were sold into sexual slavery and ended up at a Texas brothel.  Together, they plan a way to escape. 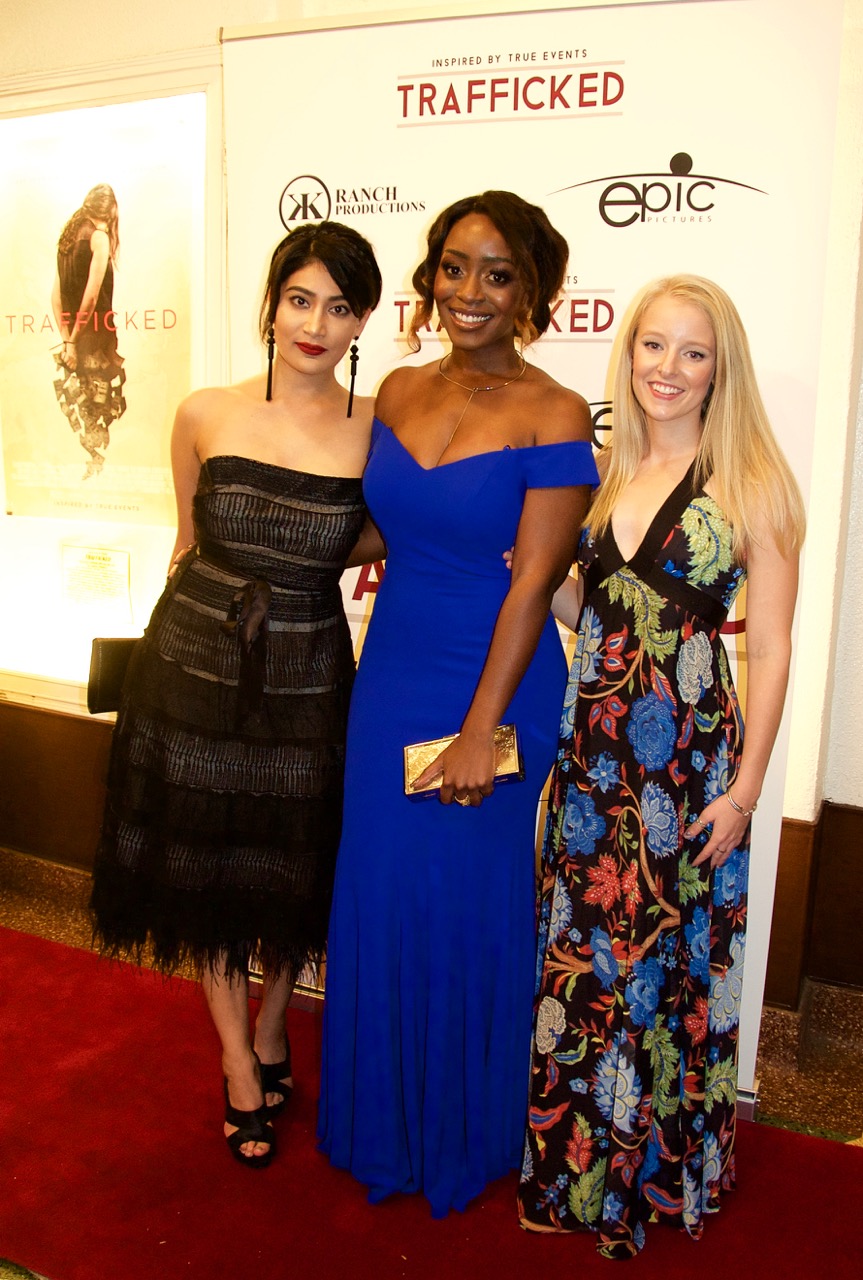 Here are some staggering statistics regarding human trafficking.  It is a 100 billion dollar business and is one of the fastest growing activities of transnational criminal organizations.  Statistics show that 27 million people are slaves today.  80 percent of these victims are women and children.  Fifty percent are minors.  Siddharth Kara, author of Sex Trafficking: Inside the Business of Modern Slavery traveled across four continents to investigate these crimes.  He witnessed firsthand the sale of human beings into slavery and interviewed over 400 slaves. Kara translated this knowledge into the movie script.

The film concentrated on one small story that revealed how insidious human trafficking is in the United States. The three girls came from varied backgrounds, one was a foster child, one was from a wealthy family in India, and one was from a tribe in the Endo State of Nigeria. The fact of the matter … these young girls were vulnerable to having this happen to them which was not dependent on their socioeconomic status. 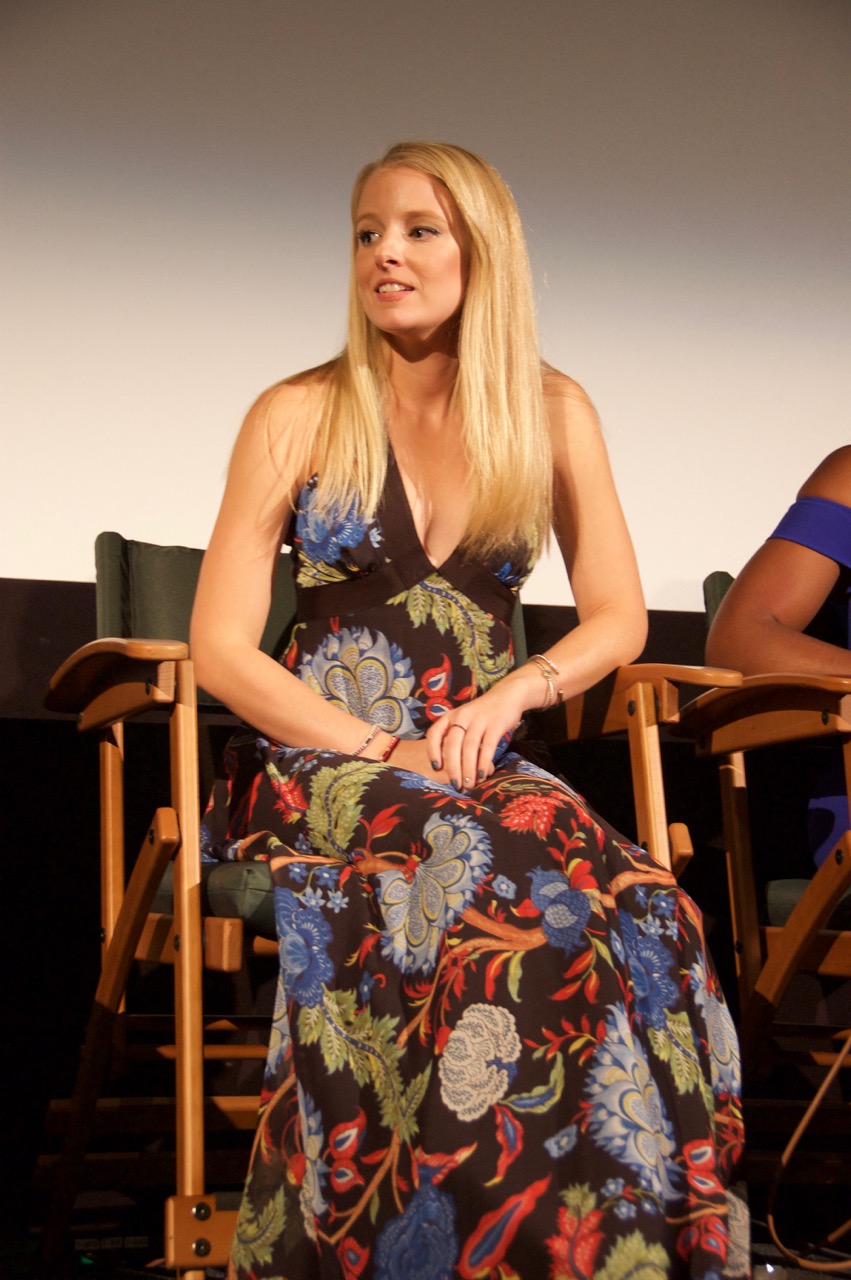 Kelly Washington who played the role of Sara commented in the interview I conducted on Facebook Live, “The human traffickers are taking the rights away of these girls to live their own lives.  I am honored to give a voice to these victims who are too terrified to speak out.”

Sara lived in a foster care Catholic home in northern California.  Her social worker, played by Ashley Judd, ended up selling her into sexual slavery.

Kelly continued commenting, “My character is in the foster care system and when she turned 18, she had nowhere to go, therefore making her vulnerable to prostitution or sex trafficking.  Unfortunately, in this country, sex trafficking is right under our nose.” 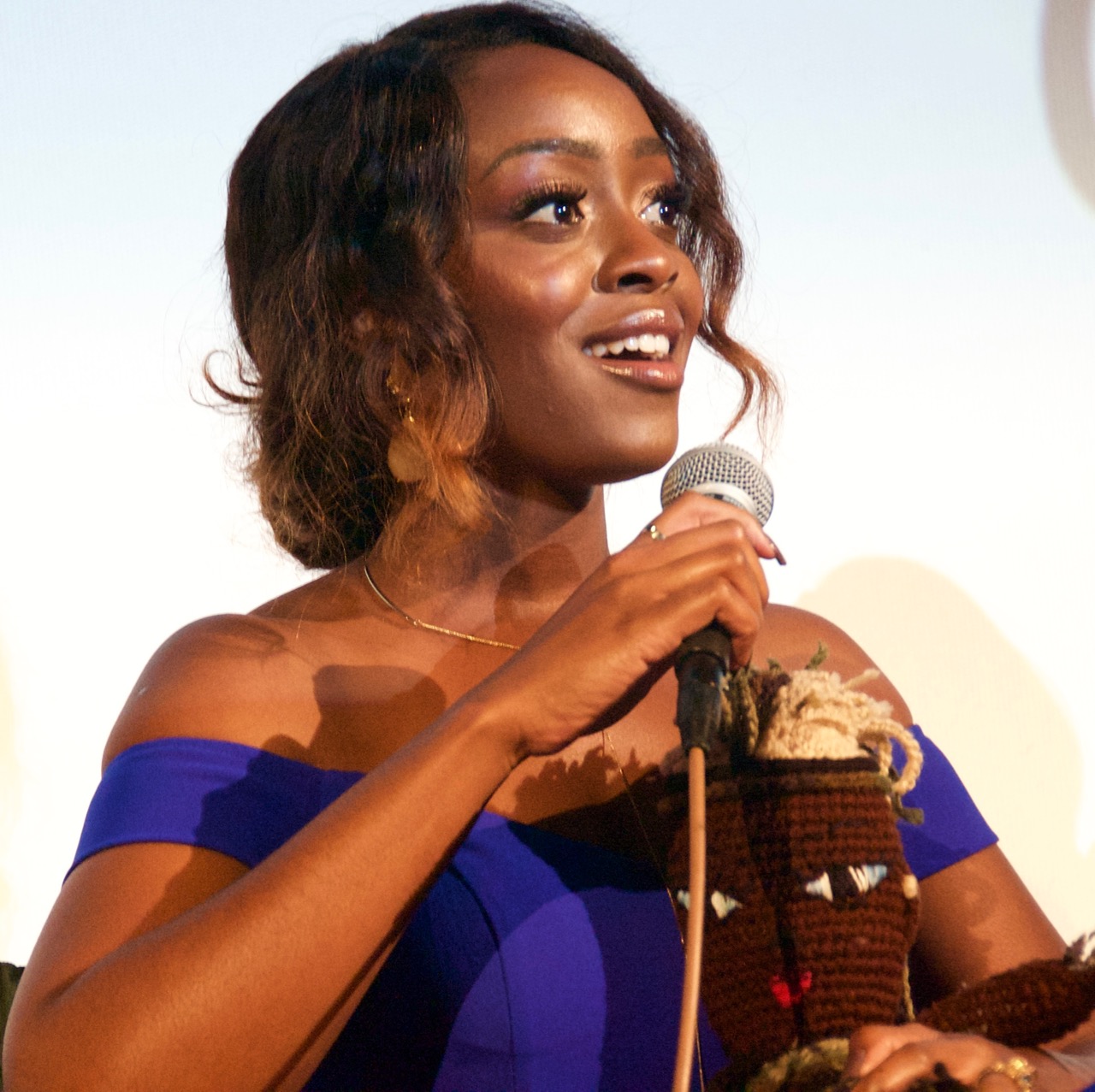 Jessica Obilom, who played the role of Mali, the young Nigerian villager, talked about the sex trafficking situation in Nigeria. 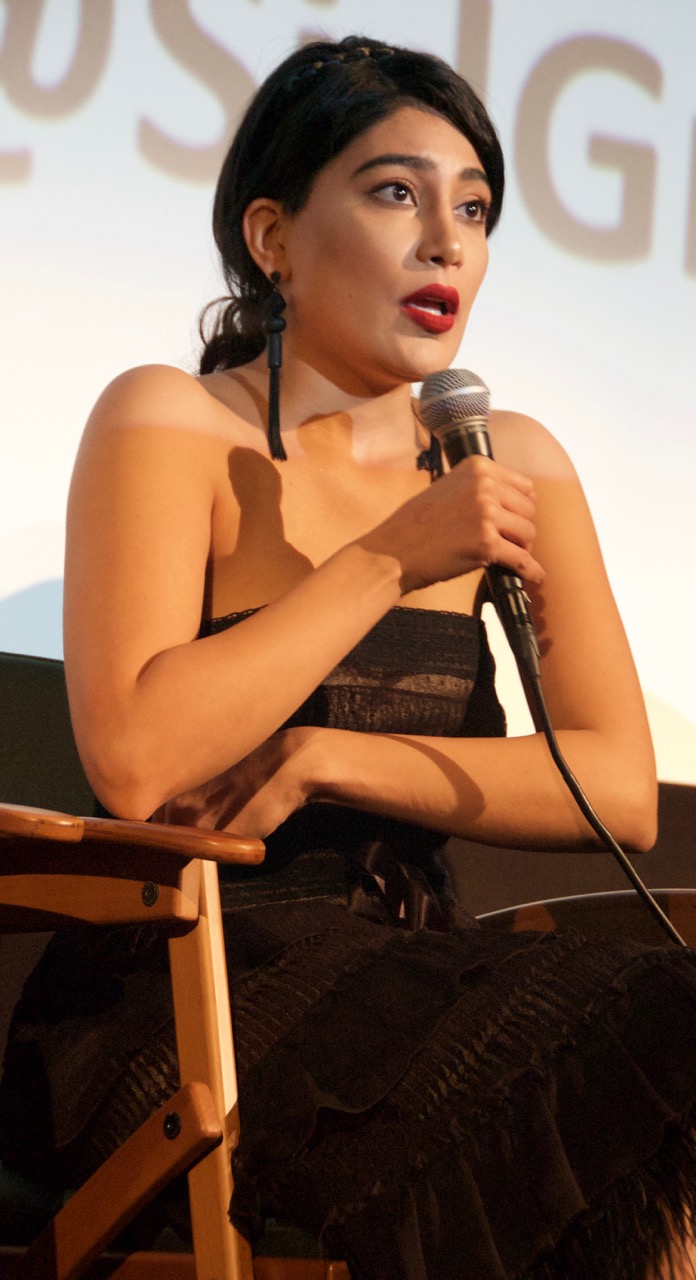 Finally, Alpa Banker, who played the privileged young girl Amba who was entering M.I.T. as a freshman, offered her insight into this horrific situation in India.

“My character is from a wealthy family in India and why that is important is she represents that this can happen to anyone.  I think the audience will identify with Amba because they will see what she loses, and what she has to find in herself to fight back.  Amba gets battery acid thrown on her which burns her hand but her best friend gets it thrown onto her face.  This is an egregious act against women that you see in India and in The Middle East, where the men maim the woman’s face because she has rejected him.”

Watching Trafficked was difficult on the soul, on the heart, and on the conscience.  The brutality of man in its cruelest form was paraded across the screen scene after scene. Massi Furlan played a Mexican trafficker in the film.  There was a scene where his character, Cesar arrived at the Texan Brothel and dumped the bodies of dead girls on the ground like they were pieces of meat.  He talked with me about playing this role in an interview we had done a few months ago.

“It was very tough playing this character because we were dealing with young girls as opposed to playing a villain in a Batman movie and dealing with grown men.  You rob a bank, it’s not as bad as doing something bad to a teenager in a movie.  I play a Mexican guy who’s not the nicest or sweetest guy around.  I shaved my head.  I have a big scar and a tattoo on my neck.  Let’s leave it at that.” 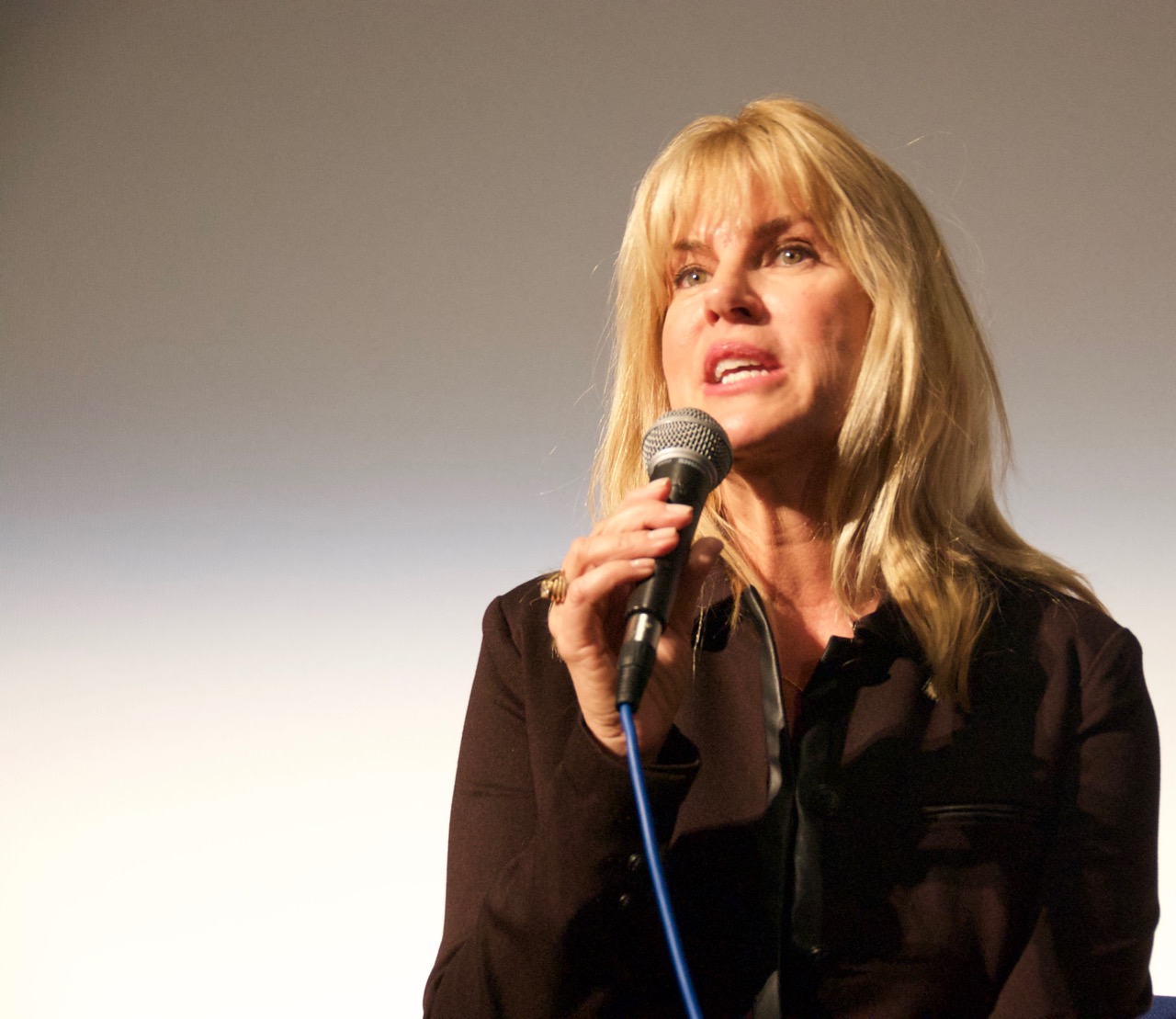 Conray Kanter, Producer of Trafficked commented,  “This is our 2nd premiere.  We were at the United Nations last night and we got a standing ovation.  Our movie is making a difference and we are so proud.  Everybody involved in the movie did this project for a reason –  they want to change what is going on in the world today. It’s time to end modern-day slavery.  With our film, we want to be a voice and make a difference.  If we all stand together, we can make a change.” 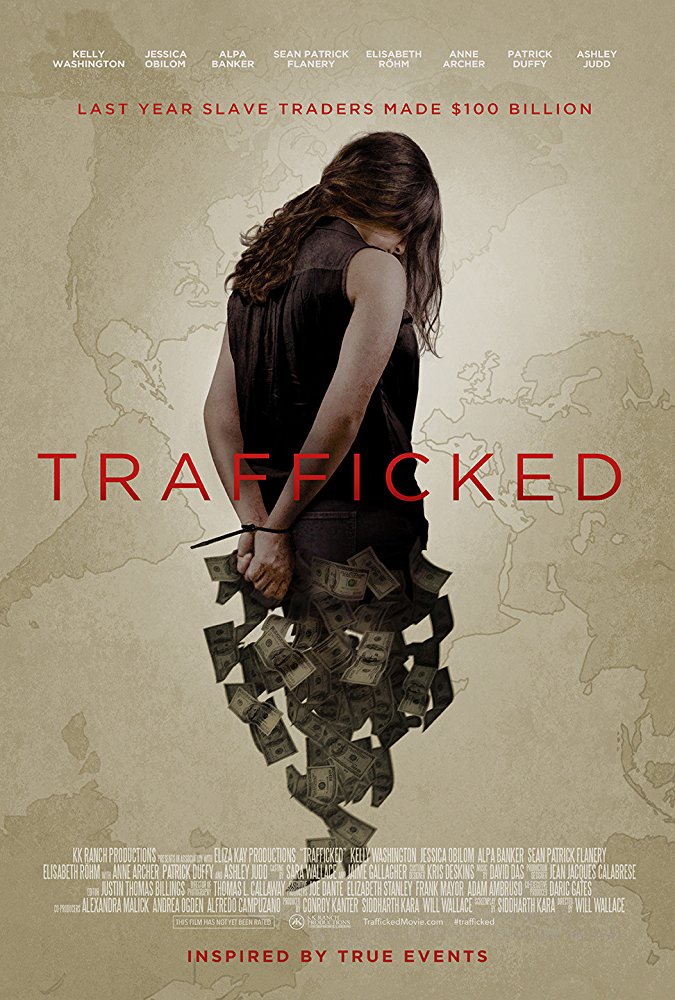 For more information about the movie go to:

For more information regarding how you can help the victims of trafficking or sexual exploitation: