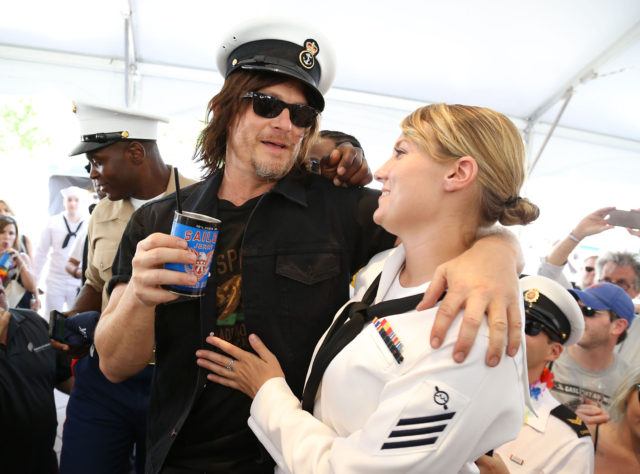 “I’m a huge supporter of our military and thankful for their efforts,” shared Reedus. 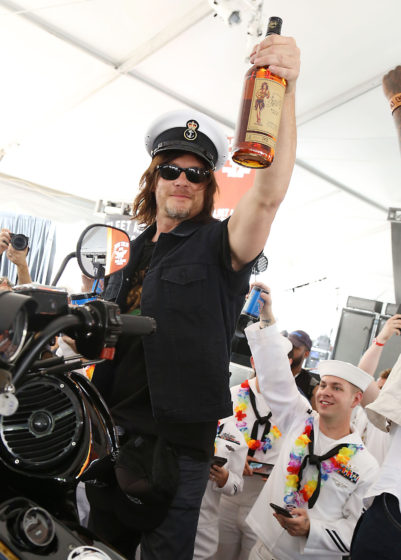 Norman Reedus toasted troops at the Sailor Jerry Fleet Week Block Party on Sunday, May 29th down at Pier 84 in NYC, in celebration of Fleet Week 2016.

Reedus, one of the stars of AMC’s The Walking Dead as well as a new motorcycle show that will be  debuting next month entitled appropriately, Ride with Norman Reedus, has always been a supporter of the military and motorcycles. He arrived to the Sailor Jerry “Block Party” at Pier 84 in style, on a custom motorcycle. The party was held adjacent to the U.S.S. INTREPID, a WWII-era aircraft carrier which now serves as New York’s Sea, Air & Space Museum. Reedus led the Toast to the Troops with Sailor Jerry Spiced Rum to the assembled crowd of Marines, Sailors, and members of the Coast Guard, their families and friends and fans, thanking military attendees for their service. The custom motorcycle was commissioned by Sailor Jerry Spiced Rum specifically to be donated to a member of the military, and following Reedus’ ride, it will be gifted to the chosen recipient through The Aleethia Foundation. 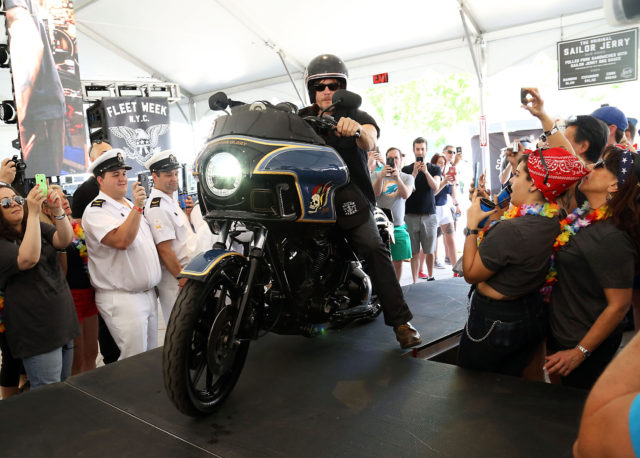 Reedus stated,  “I was excited to lend a hand to the cause and look forward to the event. We’re throwing a free concert for everyone, and I’ll arrive on this incredible bike that Sailor Jerry Spiced Rum custom built and which it will give to a member of the military later through Aleethia. It’s going to be an awesome day, and I hope the men and women of the service have a great time. They deserve our appreciation and our gratitude.” 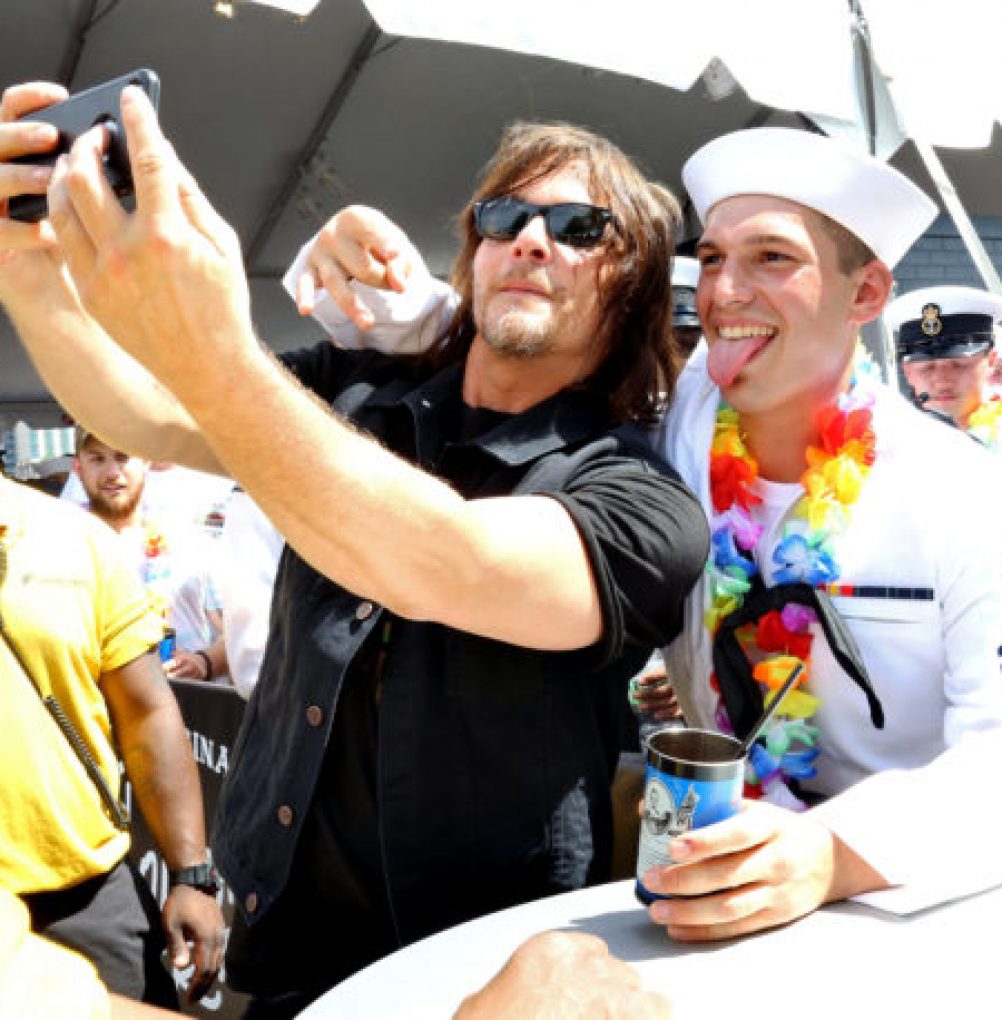 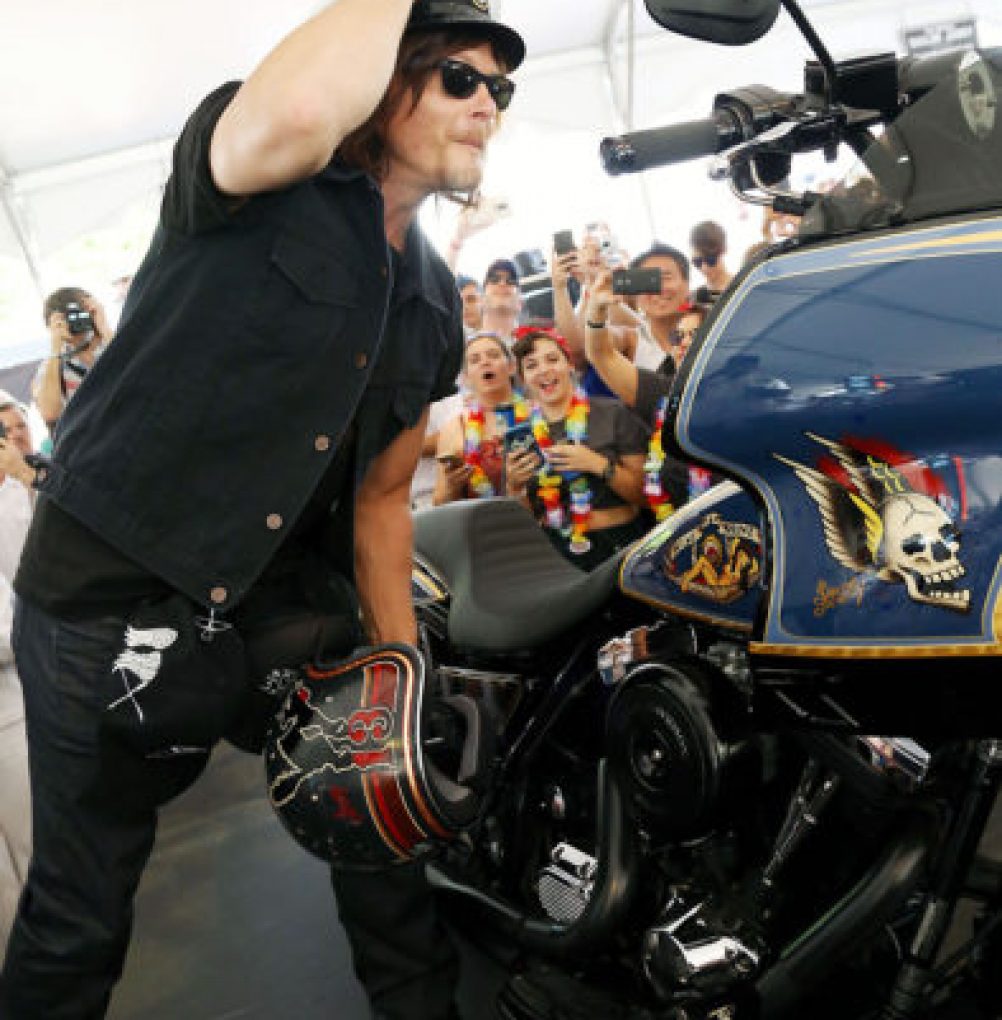 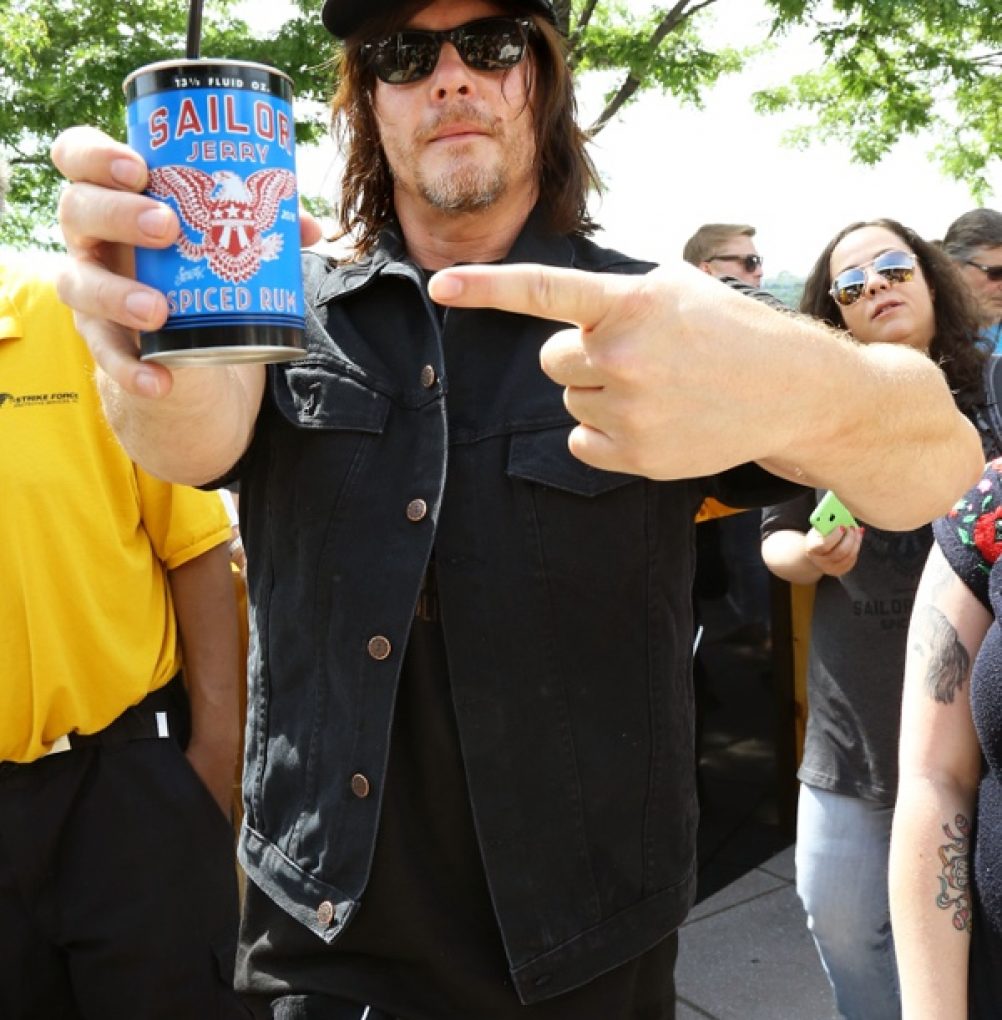 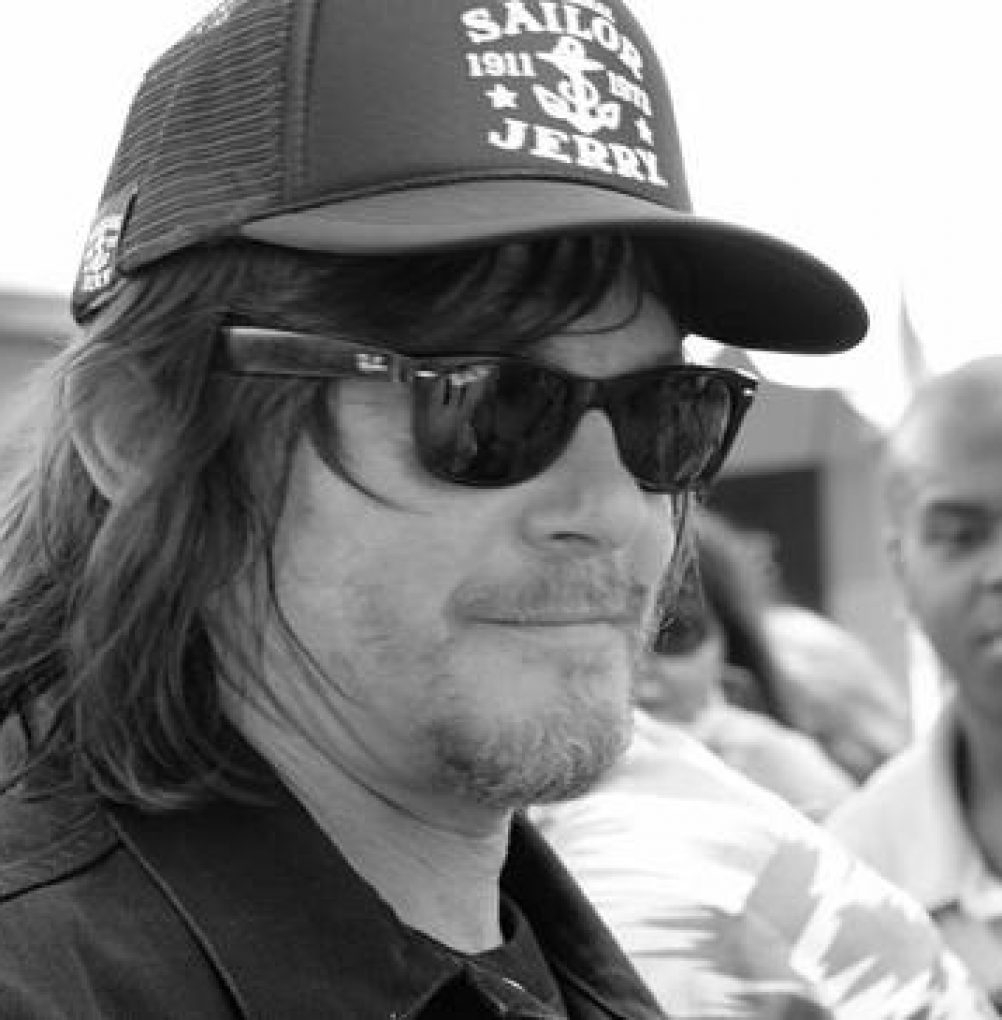 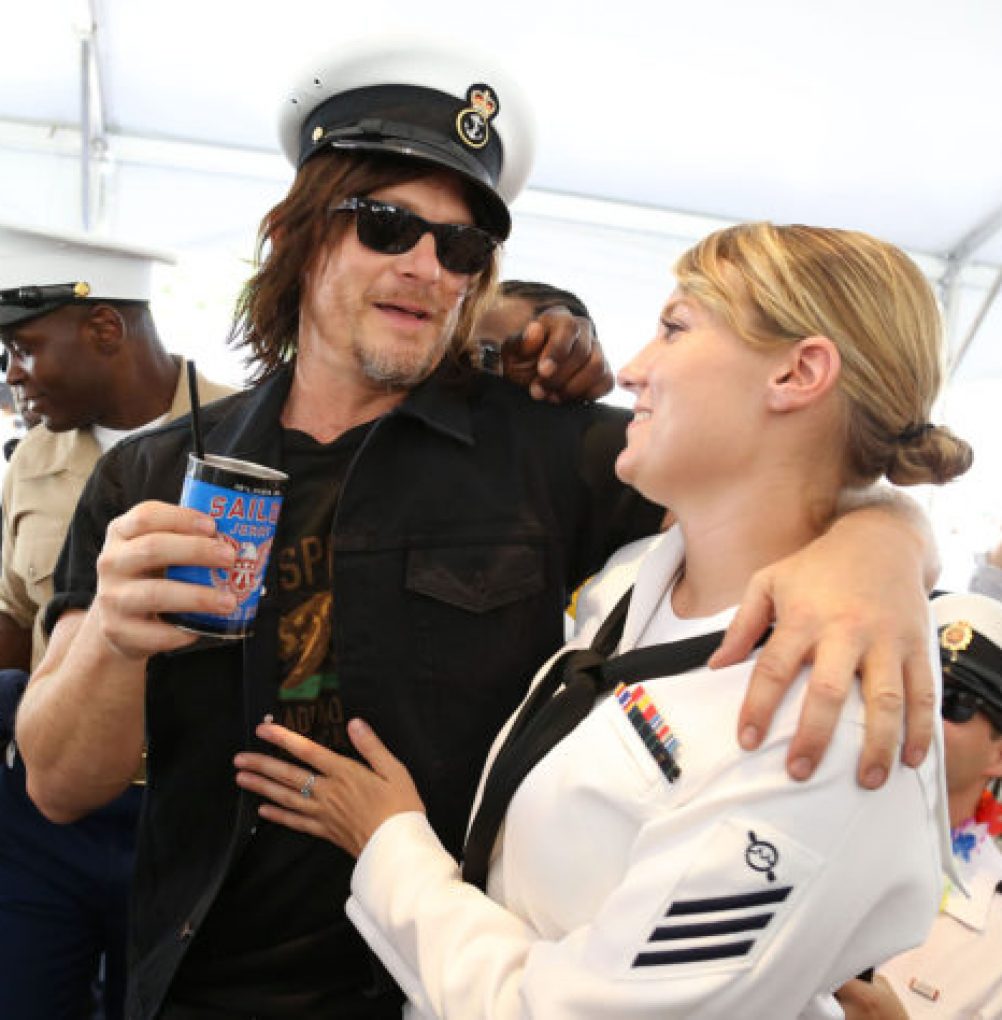 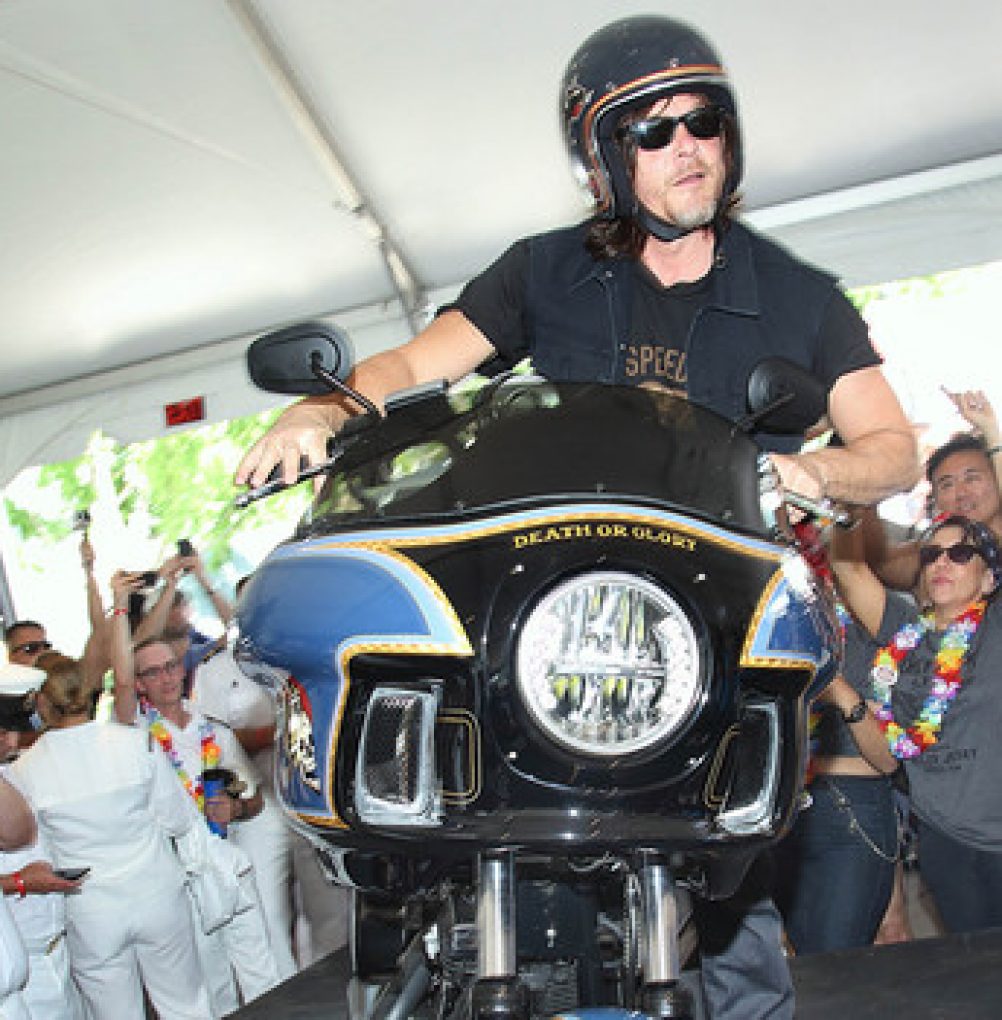