Get ready for a night of bowling and music with some of the best musicians around to bring awareness to a great cause!

“Rock For Freedom”, is a mixture of live music and celebrity bowling with all-star rock n’ roll bowling teams where fans can auction to win a spot on the team and bowl alongside their favorite musicians. Throughout the night will be silent auctions and raffles featuring autographed guitars, skateboards, books, set lists, drum cymbals, etc. by such bands and artists. Papa Roach will perform a headline set at the event, with local acts Edge Of Paradise and The Mendenhall Experiment sharing the stage.

Set to Perform: Papa Roach, Edge of Paradise and The Mendenhall Experiment 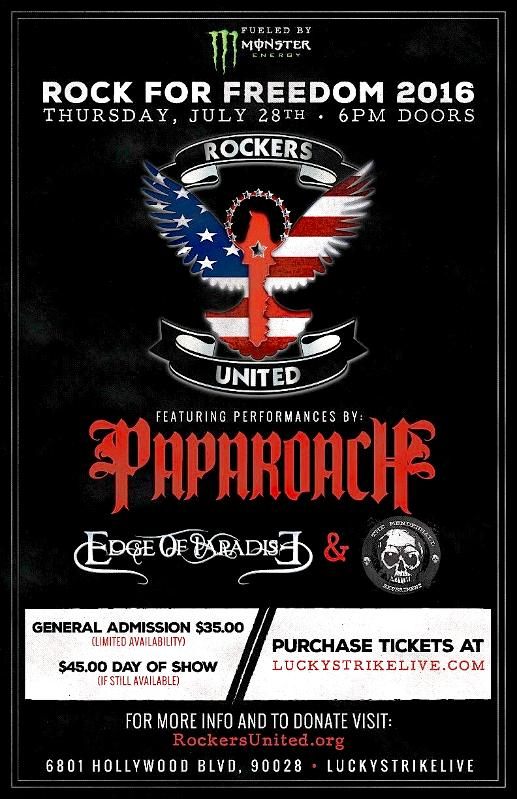 This is one you don’t want to miss.

Tickets are being sold here. The event is 21+.

WHAT IS ROCKER’S UNITED?

Rockers United is a vocal advocate for the education, prevention and abolition of human trafficking through benefit fundraisers featuring some of Rock’s biggest names.

“Human trafficking is the second largest criminal industry in the world today – second only to drug activity. This isn’t just happening elsewhere in the world, it’s happening right here in our own backyards,” states Kevin Estrada head of Rockers United Foundation.

WHAT IS LUCKY STRIKE LIVE?