On November 10th, 2016, I attended a WGAW (Writer’s Guild Association, West) event where I was able to interview Theodore Melfi and Allison Schroeder.  They were co-writers for the film Hidden Figures and Theodore Melfi also directed the movie.

Even though we spent a short time together, I knew that their project promised to be an exulting and award winning film.  Both Ted and Allison beamed with enthusiasm, as they explained the background of how Margot Lee Shetterly’s nonfiction book came to life on the big screen.

Ted Melfi described Hidden Figures in this manner, “It is a Love Letter to feminism and friendship.  The three women lift each other up and propel themselves forward in their careers.    Each of their stories are so clear.  Katherine Johnson was the mathematician.  Mary was the first female flight engineer in the country. Dorothy Vaughn saw the future in computers and programming and taught her girls how to program.”

It’s rare when a film provides the audience with powerful storytelling, impeccable performances by the actors, humor, warmth, passion, and historical significance; however, Hidden Figures also transported audiences into the heavens of inspiration.  So many people walked away with an insurgence of hope. Ted Melfi shared some stories about how Hidden Figures affected and changed people’s lives.

“This is pro female… an empowerment movie.  It is about what we do and tell women about themselves.  My mom was single mom and Katherine Johnson’s story touched me. This is a movie that we need for our women to keep going.  We all need a happy ending.” Ted Melfi told me back in November.

Now, two months later, I had the opportunity to interview Ted Melfi again.  This time we talked over the phone, as the Director had been traveling nationwide screening the film.  Our conversation took place last week while Ted was in Texas.

The Hollywood 360:  Since I’ve talked with you at the WGA West, and now the movie has been released nationwide, I would like to know if you have any stories about how Hidden Figures has been received by audiences.

Ted Melfi: It’s been a very humbling and inspirational couple of months.  I will start with the screening in Los Angeles.  This black woman was leaving the theater crying so I started talking to her, and told her I was the director.  I hugged her.  She kept crying, crying crying then said, ‘This film has given me the courage and strength to continue to carry on.’ Then the other day we got an email from a theater chain in Illinois telling us they had put a flier on the window that said, ATTENTION MOVIE GOERS, THE 4:45 PM SCREENING OF HIDDEN FIGURES IS FREE.  PAID FOR BY A GOOD SAMARITAN.  That has now happened several times throughout the country.

I also have been told that there are standing ovations after the movie finishes…dozens of them.  I got a post the other day from a female college student who had entered her first semester, then by December she had decided not to continue.  She wrote, I was struggling with school then I saw your movie the first of January, and I re-enrolled in school.  I decided to fight to the end!

There are hundreds of these stories.  There’s a 13 old girl in Georgia who saw the movie then did a Go Fund Me Campaign for $10,000 to take all of the kids in her school to the movie.

The Hollywood 360: As a Director, we know that you are very satisfied creatively, but what you are talking about goes way beyond what you put there on the screen.  As a director, how does this feedback affect you and what does it mean?

Ted Melfi: It means the world to me.  It’s everything you can ask for as a human being.  I don’t even consider myself as a Director right now, I consider myself a part of humanity.  A part of something positive, a part of a change…something good for the country.  It’s so gratifying to know that the majority of the nation feels the same way – that everyone is inspired by the story of three black female mathematicians.  How does three black female mathematicians beat Star Wars?  How did that stay number one at the box office for 12 days in a row?  It doesn’t happen.  It was a 25- million dollar movie that ended up making over 100 million dollars.  I am just trying to absorb it and appreciate it.  There are a lot of tears in our house…tears of joy. Because you find out that it means something to you and it also means something to a lot of people. 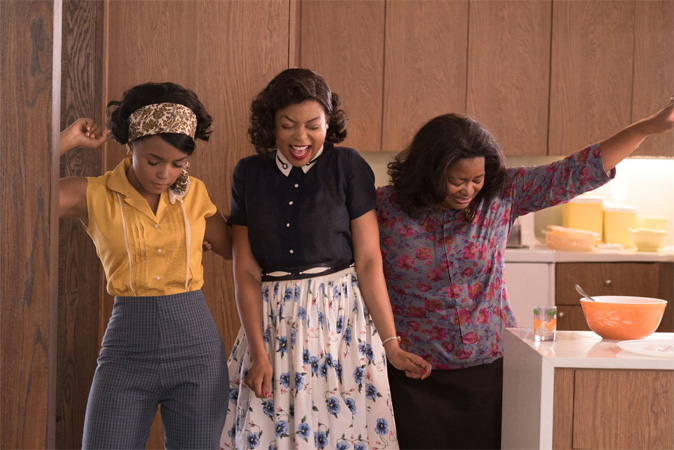 The Hollywood 360:  How did you direct the three main characters, Taraji, Olivia, and Janelle?  Each one of them had to step into the male world and they each did it in very different ways, using their unique personality.  We see them wheeling and dealing as women, and being very assertive to accomplish their goals.  How did you collaborate with each actress to make those scenes so powerful?

Ted Melfi: I approached each one differently.  Taraji and I went and met Katherine Johnson.  Taraji had just wrapped Empire where she played Cookie. I had to get her to drop the character of Cookie real quick.  I asked Taraji to observe Katherine Johnson’s posture, the way she holds herself, the way she holds her head.  Taraji being such a great actress absorbed every detail of this woman’s fiber.  When we were working on the movie, I kept reminding her, think Katherine.  Put your head down and do the work.  Don’t let it show on your face.  She’s letting her mind speak for everything.  Katherine Johnson led with her mind, spoke softly, and did the work.

Dorothy Vaughn always has her head held high and her shoulders back.  She walks proud.  She’s proud of what she does, she’s proud of the women she leads.  She’s a matriarch.  You’ll see that in every frame of how Octavia holds herself.  She’s never down.  When she marches those women across campus, her head is held high.

Then for Janelle who played Mary Jackson…Mary Jackson was a fighter.  Mary Jackson had an energy inside of her that was swirling.  She never sits still.  She is always moving and never not speaking her mind.  Can’t help herself.  Has to say the right thing when she wants to say it.  That was the direction for Janelle.

The Hollywood 360: They each had such unique personalities and you brought that out so well.  Now let’s talk about directing Kevin Kostner.  He was this All American guy who just wanted to get the job done.  How did you work with him?

Ted Melfi:  The thing about Kevin is…he is one of the greatest living movie stars that we have.  He has the ability to make the character so human, so tangible right away.  Directing him was like a dream.  I got to direct one of my most favorite actors in the world, and one of my favorite directors as well.  He knows what it takes to make movies from directing. to acting, to writing.  His sense of humanity is so palatable.  He grew up in South Central LA. People don’t even know that about him.  He would come so prepared, so organized, so ready to do the work. 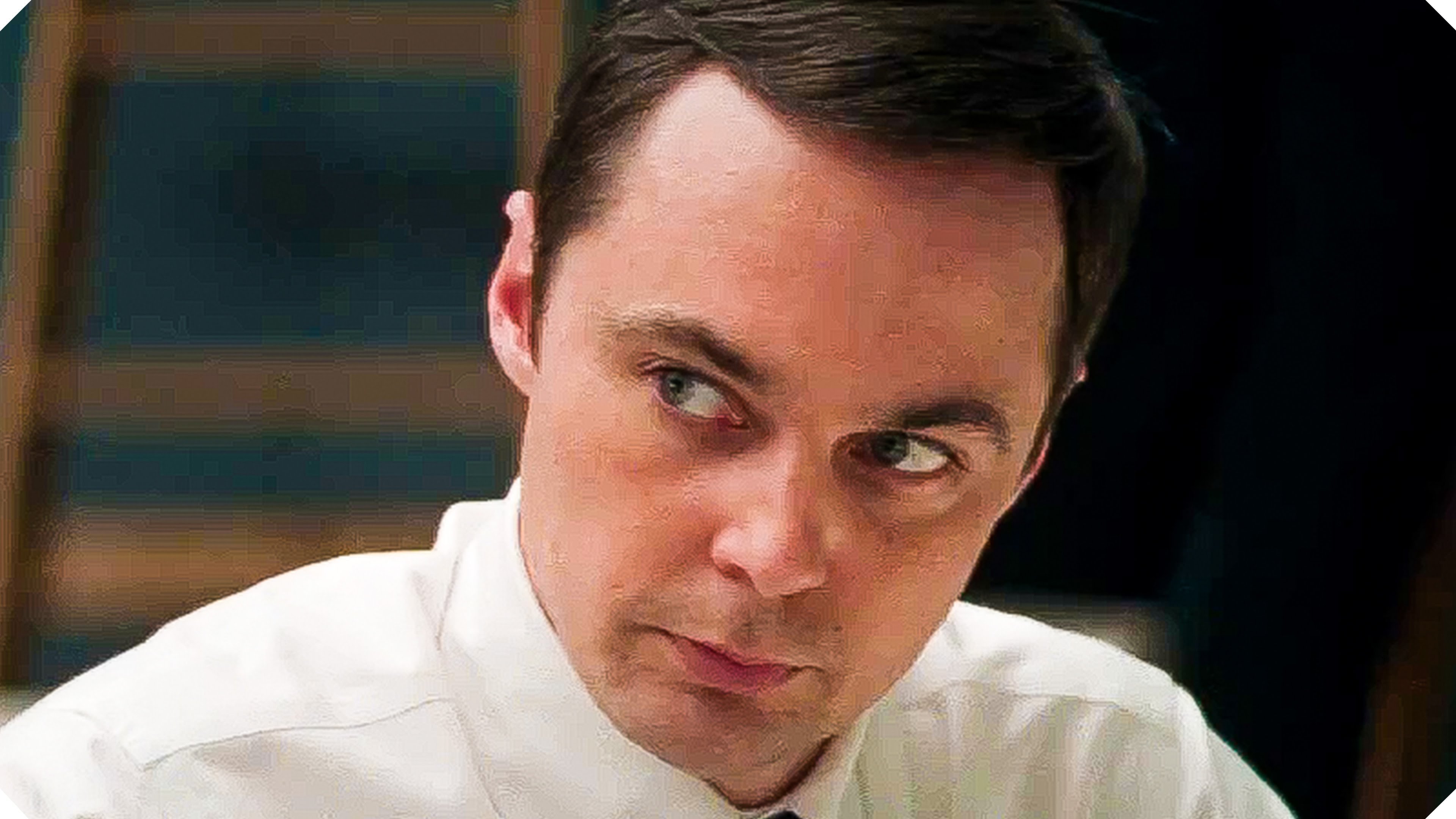 The Hollywood 360:  Let’s talk about Jim Parsons.  We usually see him in comedic roles.

Ted Melfi:  The reason for casting Jim was I like to cast very likeable actors in very dislikeable roles.  I think the role is already hard, it softens that blow and also takes that character in a different direction.  It makes them more complicated.   Jim didn’t play Paul as a sexist, he played him as a guy scared to death of someone being better than him and ultimately taking his job.  Her being black, her being a woman didn’t count.  He was afraid of her taking his job. 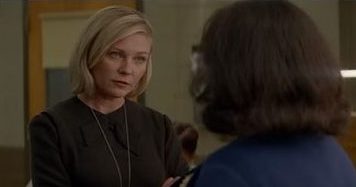 The Hollywood 360:  Kirsten Dunst…she is also a complicated character who had to lay down the law, but tried to be understanding at the same time.

Ted Melfi: Kirsten is such a good human that her first day of work, playing her role made her feel sick.  I realized what happened to her.  The role was so hard for her, the way she had to treat the Octavia Spencer character, that it made her ill.  She approached the work as an authoritarian, a person who only believed in the rules.  Here are a set of rules, this is the way it is done,

The Hollywood 360:  Talk about interjecting the historical footage into the film and making that work.

Ted Melfi:  We had to come up with a device that would allow us to transition from the archival footage of the space race to our world of film present time.  We didn’t have the budget to do space launches and we didn’t have time.  The whole movie was shot in 43 days.  Early on, we decided to use archival footage from the actual launches.  Part of the reason was we all know it so well, for those of us who lived during that time, and those who hadn’t could look it up.  We took the footage, colored it, cleaned it up to look like our stuff, then we edited the different shots.  There are three layers of stuff happening. A launch would have a real archival shot going up, then an interior shot in the capsule, then the shot of the rocket in outer space.

The Hollywood 360:  What are you looking forward to as you move into the future with the movie?  The Academy Awards are now on the horizon?

Ted Melfi:  I don’t know about awards.  You make a movie.  You hope that people like it.  You ask yourself: Do people like it?  Is it doing well?  Everyone else talks about awards …I don’t know what to look forward to. (Hesitated)  I really look forward to people seeing the movie.  having an impact in society and being part of a long term conversation in our nation’s schools, by our nation’s youth.  That’s what I am looking forward to.

The cast and crew of Hidden Figures can also look forward to attending the Academy Awards.  The film has been nominated for Best Movie, Best Adapted Screenplay, and Best Supporting Actress.  Congratulations!

The 89th Academy Awards ceremony, presented by the Academy of Motion Picture Arts and Sciences, will honor the best films of 2016 and will take place at the Dolby Theatre in Hollywood, California on February 26, 2017.