Named one of Rolling Stone’s “100 Greatest Guitarists of All Time,” Warren Haynes is recognized as a prolific musician and a cornerstone of the American music landscape. He has brought his virtuosic artistry to three of the greatest live rock groups – Allman Brothers Band, Gov’t Mule and the Dead – leading to millions of album and track sales and thousands of live shows. His solo albums and live performances with The Warren Haynes Band and Ashes and Dust Band shine a light on yet another facet of Haynes’ creativity. A prodigious tourer, audiences flock to his performances around the globe to witness his expertly crafted songs and fiery guitar work, steeped in blues, soul and Southern rock traditions. Lauded for his ability to effortlessly cross-pollinate genres, Haynes continues to collaborate with a wide array of fellow musicians, from icons of our time to today’s most promising young artists. 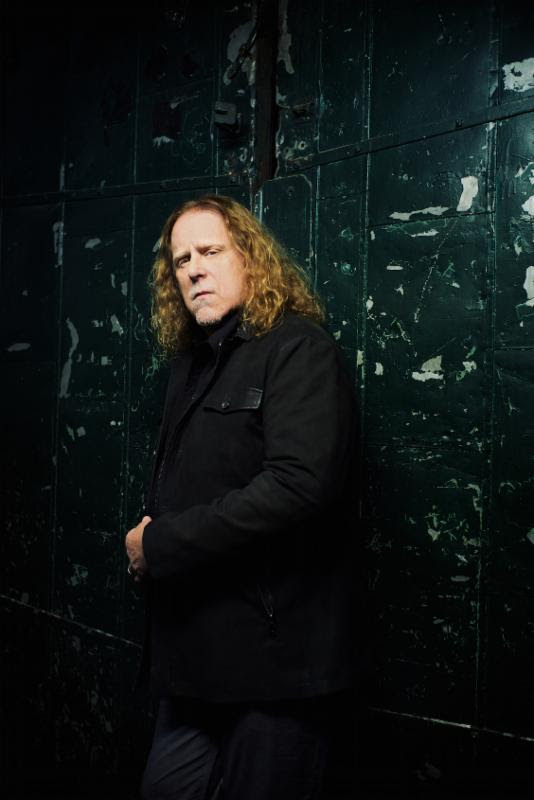 Celebrated as one of music’s most treasured storytellers, Warren’s songwriting continues to be a gift to his large cross-section of fans. Haynes’ band Gov’t Mule, a true living, breathing ensemble known for their flexible live interplay, has recorded 15 studio albums and numerous live albums, with 2017 promising to bring much-anticipated new music. Gov’t Mule’s vast reservoir of songs has made them a human encyclopedia of timeless American music while adding to that canon with their signature sound.

Atlas Founder/CEO Richard Stumpf shares, “Many people know Warren as the legendary guitar player / vocalist who anchored bands like his own Gov’t Mule, The Allman Brothers and even The Dead after Jerry Garcia passed.  He is all of that, but just as importantly, he is an incredible songwriter. In addition to songs he made famous, like ‘Soulshine’ and ‘Rocking Horse,’ Warren penned one of Garth Brooks‘ most performed song, ‘Two of a Kind, Workin’ on a Full House.’  He is a true creative spirit who can work across many genres, and it is with great pride and humbleness that we welcome Warren to the Atlas family.  We look forward to bringing Warren many new opportunities where his writing will shine.”

Haynes states, “I’m very excited to be working with Rich Stumpf again and his new company Atlas. Not only is he passionate, he’s a real music guy that we’re lucky to have in the business”

Founded by Richard Stumpf (CEO) in 2013, Atlas Music Publishing is a service-oriented, digital market minded alternative to big box, high volume music publishing. Atlas was built on the belief that “Bigger is not better. Better is better.” Bringing together a team of veteran music publishing executives with proven track records, the company currently represents songs performed by top stars including Madonna, Al Green, Booker T. and the MG’s, Otis Redding, John Legend, Sam Hunt, Carrie  Underwood, Kelly Clarkson, Florida Georgia Line, Luke Bryan, Dr. Dre, BJ the Chicago Kid, T.I., Justin Bieber and Tori Kelly.  The company boasts a roster of hit-makers that spans multiple genres including Counting Crows, Van Halen, Toby Gad, Sean Garrett, Brian Howes, Dan the Automator, Mike & Keys, Matthew West and Ashley Gorley as well as emerging artists Oshea, Alex Winston, Alex Vargas, Slothrust, and Secret Weapons, amongst others. Well-funded by a mix of long-term strategic and financial partners with access to up to $400 million in capital, Atlas provides its writers with on the ground representation in every global territory, with its headquarters based in New York. For more information, contact Andy Golden at andy@atlasmusicgroup.com or visit www.atlasmusicgroup.com. For breaking news updates and behind-the-scenes information follow us on Facebook and @atlasmusicpub on Twitter, Instagram, Spotify.