The Hollywood 360 would like to congratulate Terrell Sass and all the members of the production team for their Grammy nomination Best R&B Album for Mya’s Smoove Jones Album.  I interviewed Terrell Sass over the phone and we talked about his career as a musician/producer/composer and his thoughts on being nominated for Smoove Jones. 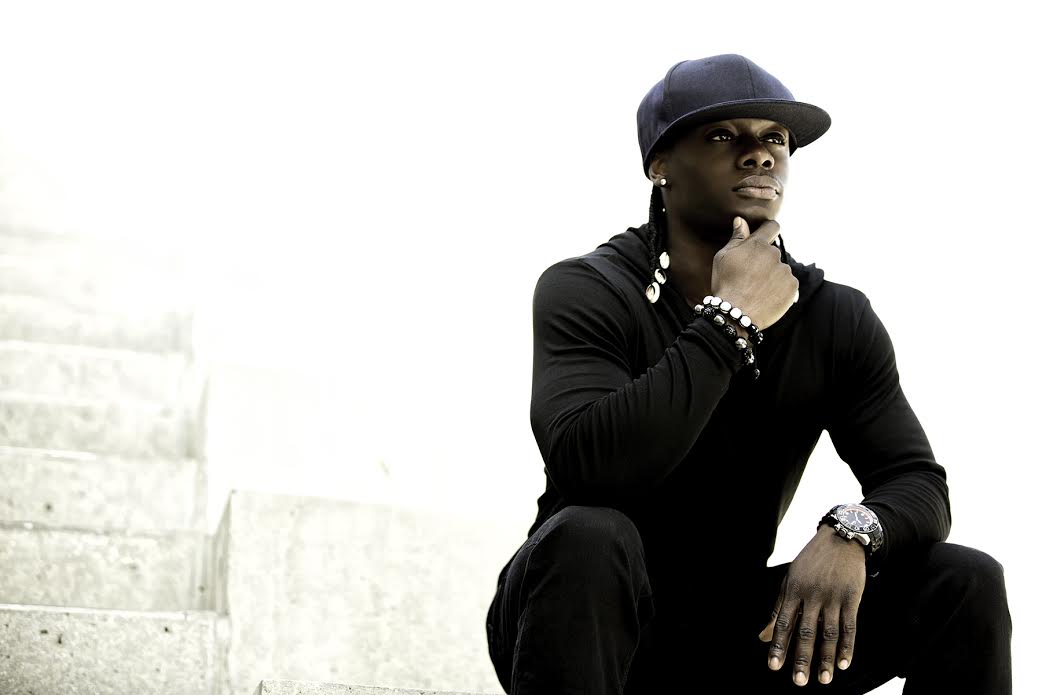 The Hollywood 360: Terrell tell us all the different roles you took on for Mya’s Smoove Jones Album.

Terrell Sass: I worked on the album, Smoove Jones on the song, “One Man Woman” I was a Producer on the record along with Yonni and Orlando Williamson.  I played drums, programmed drums and also played keyboards. We recorded the music at Dogwood Recording in Atlanta.

The Hollywood 360: Who were the musicians that you used to record?

Terrell Sass:  I used a band that I frequently play and record with called Sol Factor!! The Musicians were Phillip Muckle on bass, Mark Strowbridge on rhythm, lead and acoustic guitar, David Farmer on the organ and Stephen Bruton on the Rhodes! (And of course I played the additional keyboards and drums.) 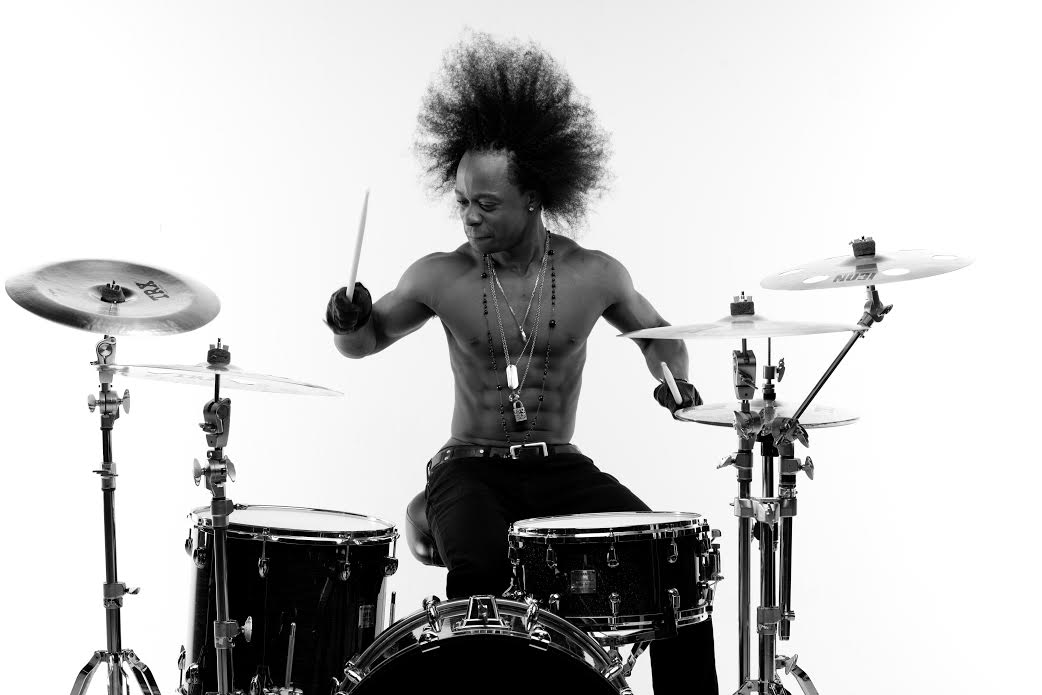 The Hollywood 360: How did you collaborate with Mya.

Terrell Sass: Orlando Williamson and another friend of mine Chaz ‘Mayday” Jackson told me that Mya was looking for some records and they were working with her Executive Producer, Yonni at the time:  I came up with chord progression first, then the drum & bass patterns.  We did the music in one take after everyone learned their parts.   Orlando & Chaz played it for him and he made some really nice tweaks to it.  Next thing you know Mya is in LA recording the record!!

The Hollywood 360:  How many songs did you contribute to the album?

Terrell Sass: I contributed two records to Smoove Jones.  “One Man Woman” and also the “unplugged” version of the same song! 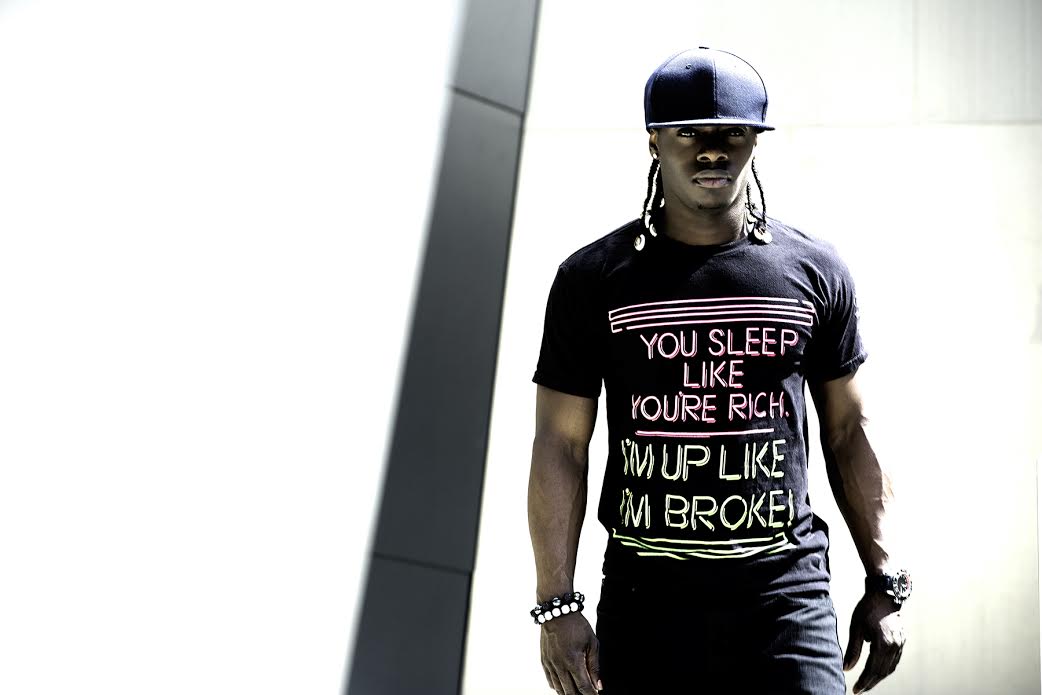 The Hollywood 360:   How did you react when you heard Mya wanted to use your song, “One Man Woman” on her album?

Terrell Sass:  I grew up listening to her music in Virginia…I used to tell people I was going to play for Mya one day.  When I heard the news, it was like Wow! WORDS AND THOUGHTS BECOME YOUR REALITY!!!!

The Hollywood 360: Talk about your career in music.

Terrell Sass:  I played drums my whole life.  I started taking it seriously in middle school, and continued through out my high school years. I tried to go to a ‘traditional’ College, but it didn’t work out because I was always sneaking to Atlanta to play music. I actually asked a friend of mine to miss her midterm and take me to the Atlanta School of Music.  (I promised her that I would buy her house one day, LOL)  Luckily for me she did it without hesitation! That audition ended up being my ticket to Atlanta.  From there, a good friend of mine, Bernard Harvey, who is currently Justin Beiber’s Musical Director, introduced me to to a guy named Kevin “Khao” Cates. He was head of production for T.I. at the time.  He and I ended up taking a trip to Montgomery to a studio he had there and worked on three on three records.  Two ended up on T.I.’s album and one ended up on DJ Drama’s first album. That was my introduction to working on projects that were associated with major labels.

From there, I played on a record with Ludacris and his artist Small World called “Mr. Magnificent”.  From there it kept snow balling.  I went onto work with many artists!  Including Tyler Perry.

The Hollywood 360:  Tell us about your experience playing with Tyler Perry.

Terrell Sass: I toured with the production called: “The Marriage Counselor.”  I played drums in the band as it was being performed live.  We toured the country for 18 months.  We stayed in every city for a week.  So I was able to go to studios in different cities and do some work too.  That’s how I began to develop my work ethic as far as studio work is concerned.   I would book a studio and write and write and write.  Through Tyler Perry’s production I met a young lady named Tamar Davis, one of Prince’s protégées. I ended up playing on and co-producing ALOT of music with her.  She was gracious enough to take a few of us to Prince’s house for an after party/jam session that was legendary!  That era set up a lot of what I am doing now. 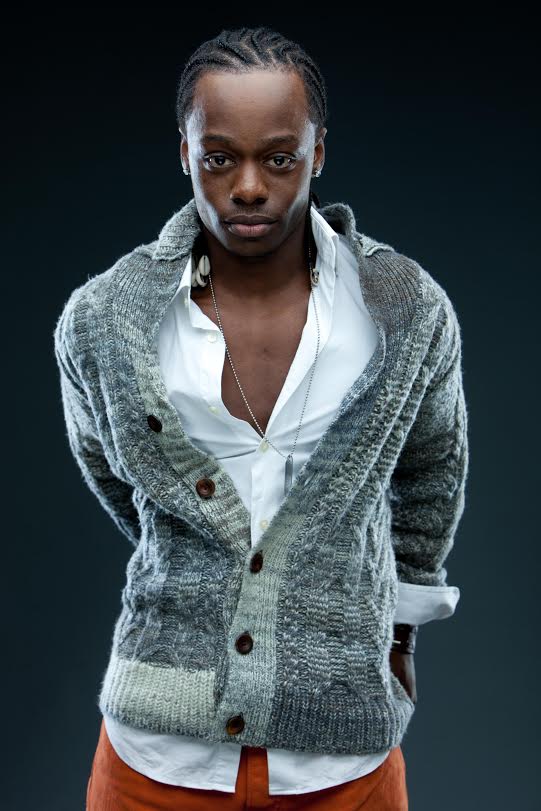 The Hollywood 360:  You also worked with Jennifer Holliday…

Terrell Sass:  I first met her as a session drummer.  Her drummer couldn’t make it so I substituted for him.  I told her, “Miss Holliday; I have some music that I think you would really sound good on.”  She said, “okay, send it to me.”  I didn’t really think she would listen to it. Two months later I got an email and that said, “I like the music and more importantly, can hear myself singing on it.”  I worked on a song with David Farmer for her called, “The One You Used to Be.”

The Hollywood 360:  How was it working with Jennifer Holliday?

Terrell Sass: She’s a legend, a genius. I got to experience her greatness 1st hand! I was playing drums for her during a run on Broadway that was Christmas Night thru New Year’s Eve.  Hearing her powerful voice and seeing how she affects crowds…oh my goodness.  She is probably one of my favorite artists I have worked with.  She is something special. 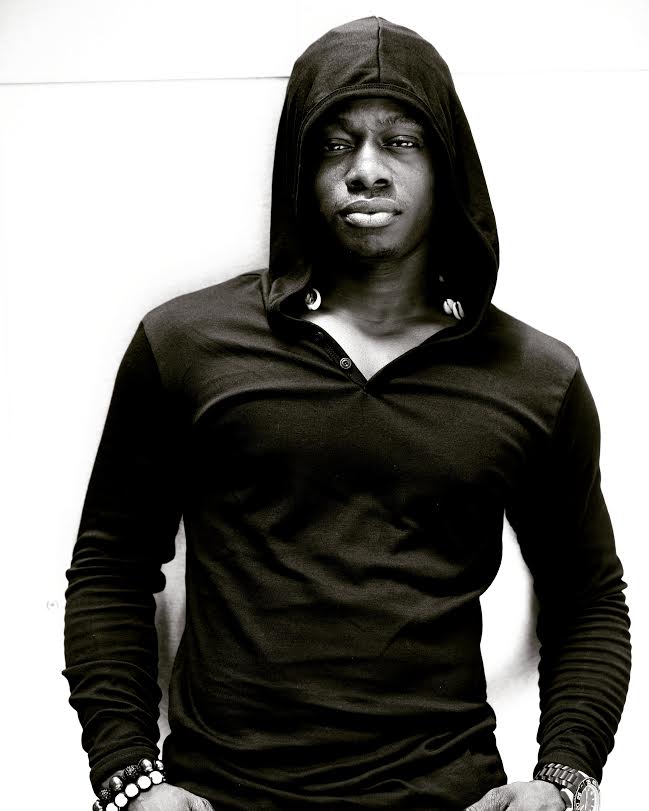 The Hollywood 360: You are talking about a very important fact in the music industry today.  So much of the music is already electronically produced without it being a live, pure sound.  And you seemed to have been thrilled to hear the power and purity of Jennifer Holliday’s voice without any help.

Terrell Sass: A lot of younger artists lean on auto tune.  Everything she recorded during our sessions was a keeper. Jennifer would sing an entire record straight through, and Dave and I would be impressed, then she would say, “let’s do it again” and she would do an even better take.  We were blown away.  She is a rare breed.  I think that fact that she was a singer on Broadway and you had to sing every night made her voice strong as ever.  We are working on two new songs now. She’s in NY doing an amazing job as “Shug Avery” the Color Purple on Broadway.

The Hollywood 360:  How would you classify her music?

Terrell Sass: Pop, Soul, with some Gospel in it.

I will never forget we were rehearsing, getting ready to go to Broadway.  She sent us an additional song that she wanted to perform.  I spent all night learning it.  When we go to rehearsal she said, “I’m really glad you all know it, but this is how we are really going to do it. “ When we finished, that song was so soulful and big.  People at that concert were crying.  Seeing that person it was priceless. 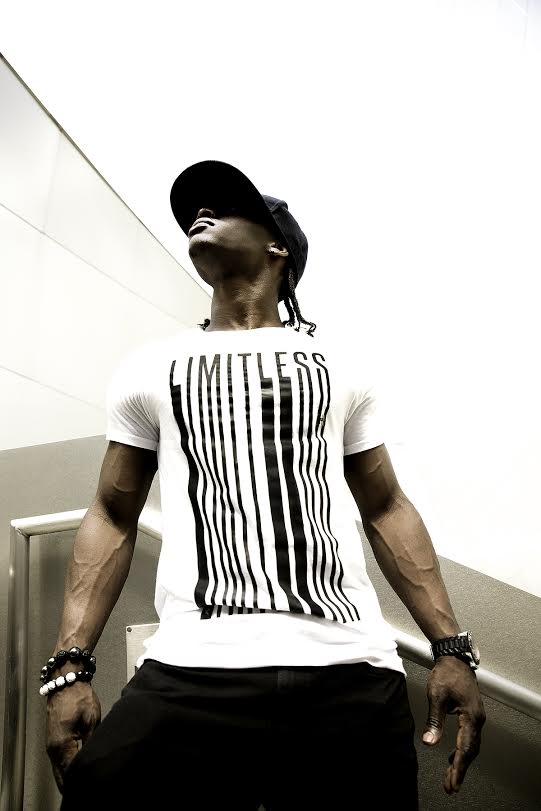 The Hollywood 360:  You are a composer yourself.  How do you compose music?

Terrell Sass:  Since I have played every genre as a drummer and I also play piano… I know exactly what I am looking for when I’m producing a genre.  My main philosophy is…”drumming comes last.”  Even though that’s my favorite instrument to play.  I know if I get everything else the way I hear it in my head, the drums will be the icing on the cake.  I normally start with the bass and piano part to get the chord progressions down, and then write the bridge (if there is a bridge). From there I might use some synthetic drums, just as a reference for LaMarquis Jefferson (my main session bassist). After he lays his track down I will get the guitar parts laid. Finally I will lay the drums.  From that point I will send it to a writer and hope that they are good with a key and the tempo.

The Hollywood 360:  What writers do you choose? 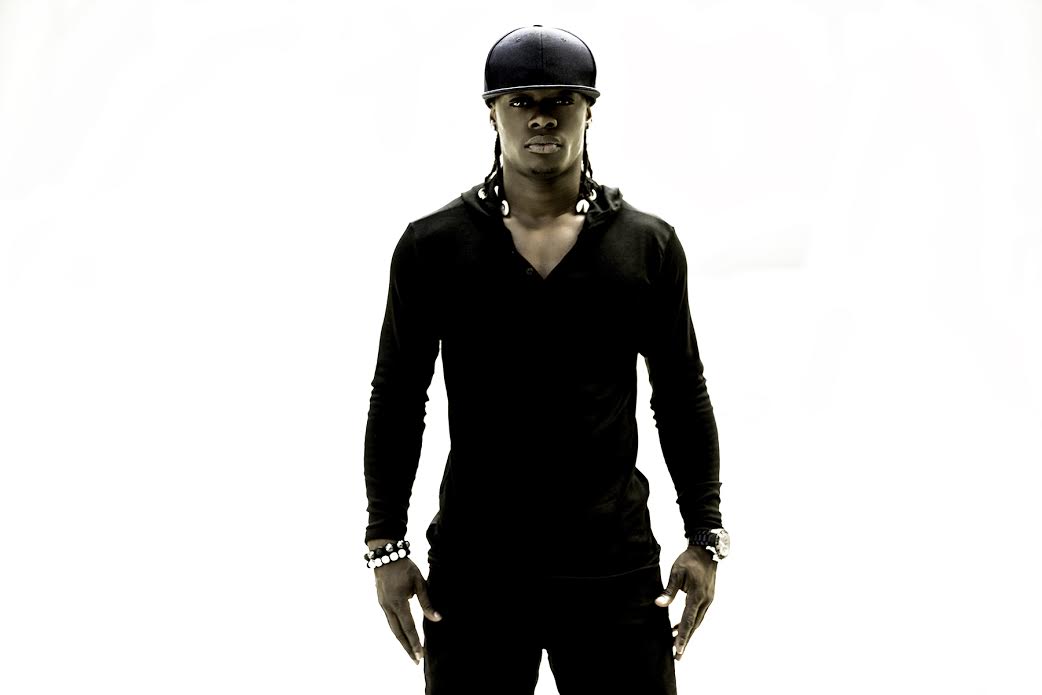 The Hollywood 360:  You are very well rounded.

Terrell Sass:  That’s one of the blessings of being a performing musician.  I got to play different music and different genres so I learned the tendencies of each specific one.

The Hollywood 360:  How do you feel about being nominated for R&B?

Terrell Sass:  It’s always an honor to be recognized by your peers.  It’s hard to get voted in as a nominee alone for the Grammy’s, so for people to say they liked what we have done is an honor.  This is the Best of the Best.  It’s an honor to be in the Grammy nominated for anything.

I pride myself on writing authentic music.  If you listen to Mya’s catalogue, she does classic R&B.  Her vocal performance on the album is ridiculous in a good way.  I was blown away at the finished product!!

You can watch the Grammy’s February 12th at 8pm, CBS.

For more information on Terrell Sass go to: WWW.TERRELLSASS.COM

All photos by Hannibal Matthews