Actors Tanna Frederick and Robert Standley are together again as two lovers battling each other in the arena of love.  This time Frederick and Standley take on the roles of  Danny and Roberta in John Patrick Shanley’s play, Danny and the Deep Blue Sea, directed by film/television star, Carl Weathers. 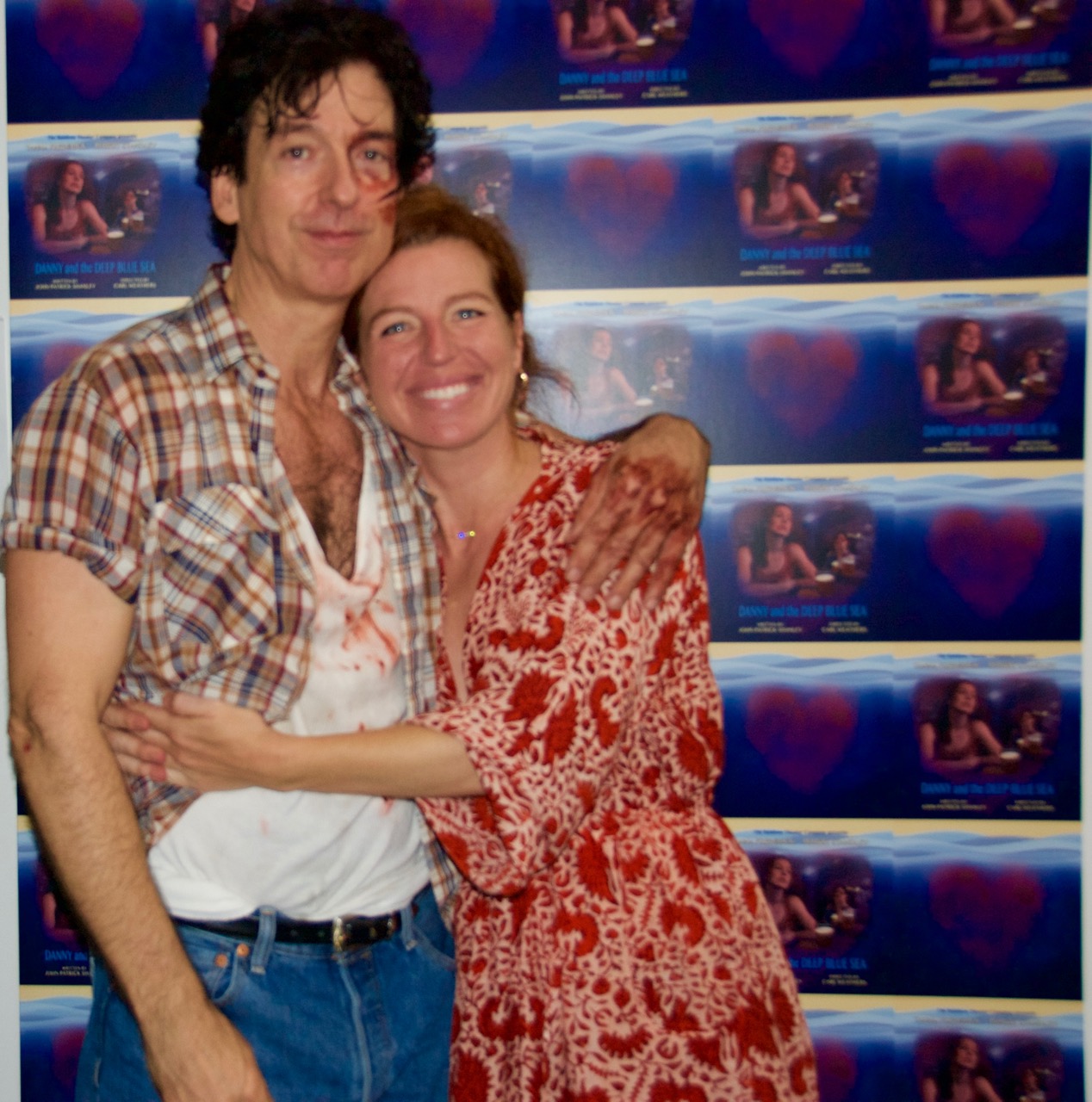 Here’s what fascinating about this couple.  They are two broken people who slither around in the under belly of extremely dysfunctional backgrounds.  They spar with words that cut emotional wounds, they rage in the other’s face ready and willing to receive physical abuse from the other.  Yet, they find a way through the bristling pathos of horrendous pain to surrender their hearts to the innocence of love and redemption.

Tanna Frederick turns her character, Roberta, inside out as she successfully rips open the scars of the character’s sexual abusive relationship with her father, trying desperately to cleanse herself of her filthy soul.   But she chooses the wrong species of man to continue the battering of her self- hatred.  Time and time again, Roberta accosts Danny with the information of the sexual abuse, and he simply replies, “It makes no difference to me.”  Holding nothing back, Frederick allows herself to expose the rawness of Roberta’s inner darkness. With a solid background in martial arts, this actress braves the physicality of the role, while we watch Standley put his hands all over her slight frame.  Frederick also able looms vulnerable and loveable too, transforming Roberta into a woman who finally accepts the gift of connection. 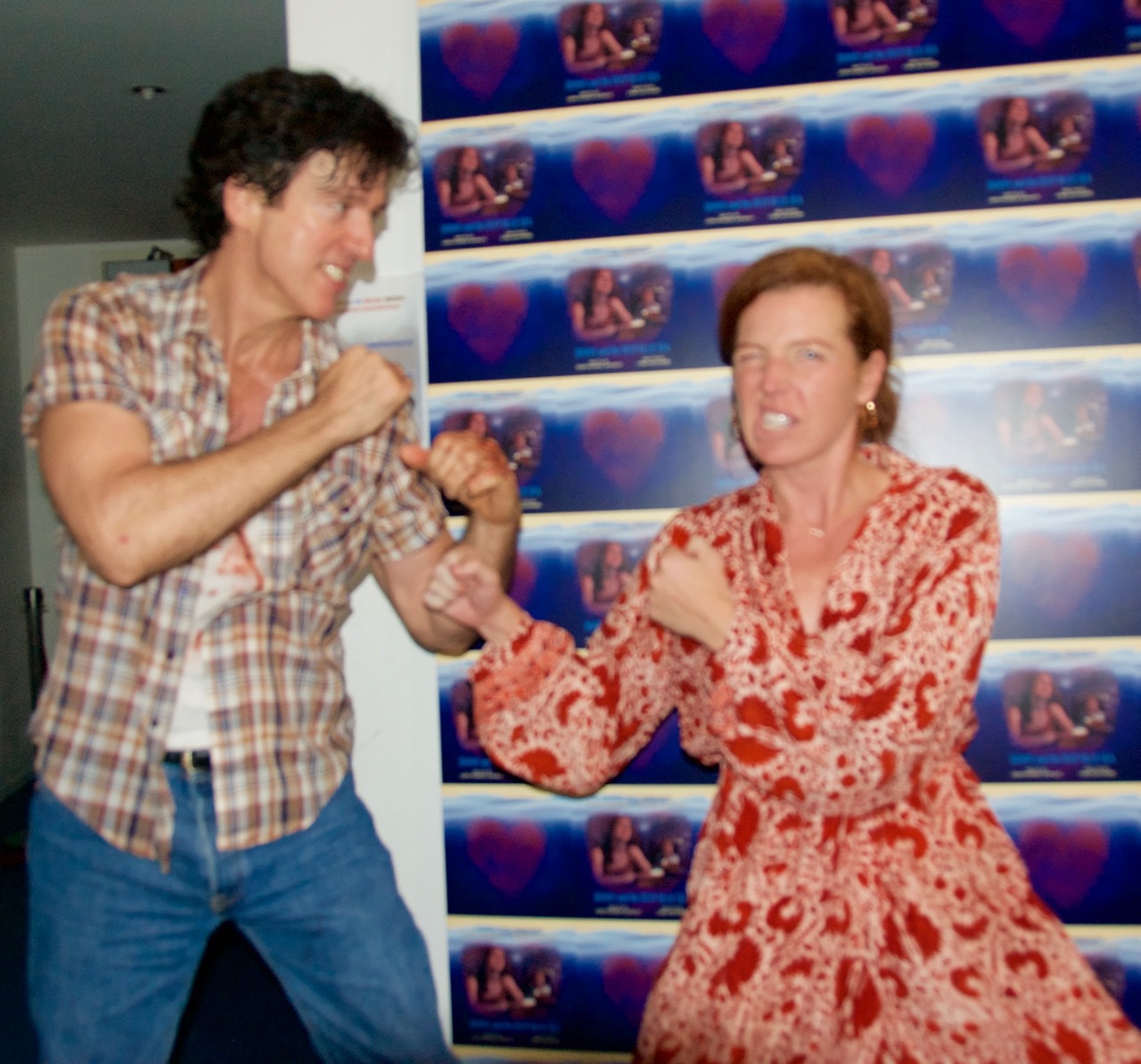 Robert Standley is bloody and brooding throughout the play.  Although he fits the description of tall, dark and handsome, his portrayal of Danny bellows ugliness and unrestrained pathology.  This type of man never seems to be redeemable and destined to harm everyone in his path.  Danny is intent on doing just that but Roberta is not afraid of him, nor finds his confession that he might have killed someone, deplorable.  When Danny confesses to Roberta in a moment of supreme delicate exposure that he always wanted to be “a bride” at the wedding, we see Standley expertly shatter to pieces, Danny’s tough, protective wall. 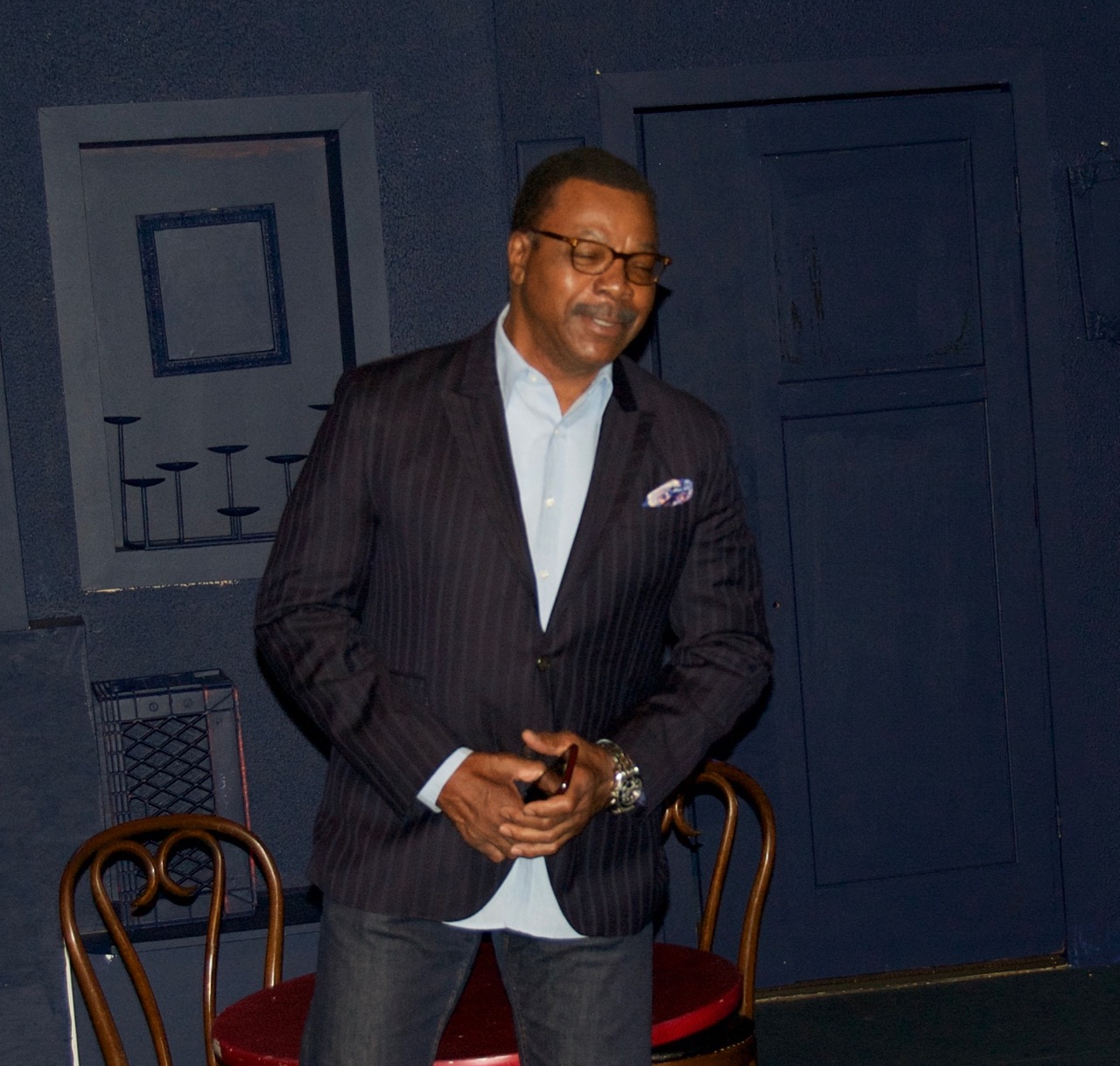 The direction of Carl Weathers runs deep in this theater production because he seems to have activated both actors physical and emotional weapons to crisscross continuously in the small environment of the set.  No one could be better than Weathers in coaching and directing actors to feel the twisted hatred of fear, to the deepest inner core.

Here’s a little secret of probably why Danny and Roberta might succeed in love at the end of the story.   After they have thrown themselves into the gritty world of self-deprecation and suffering, and attempt to grind down any attempts of love, these two characters keep turning toward one another.  They accept the others dirtiest, darkest, shameful secrets.   Dr. John Gottman, Relationship Therapist/Author wrote the following about couples who have stayed married.  He said that it’s not about couples arguing or even being volatile… “The couples that stayed married were much better at one thing – the third level of the Sound Relationship House, Turn Towards Instead of Away. At the six-year follow-up, couples that had stayed married turned towards one another 86% of the time. Couples that had divorced averaged only 33% of the time. The secret is turning towards.”

Danny and the Deep Blue Sea gives the audience a chance to turn toward these two broken characters and root that LOVE will redeem their gritty lives.