On Saturday, June 10th, at the Palace Theater in downtown Los Angeles, The Tribe, a collective of LA-based session and touring musicians and vocalists gathered to perform at an all-star musical fundraising event for homelessness. 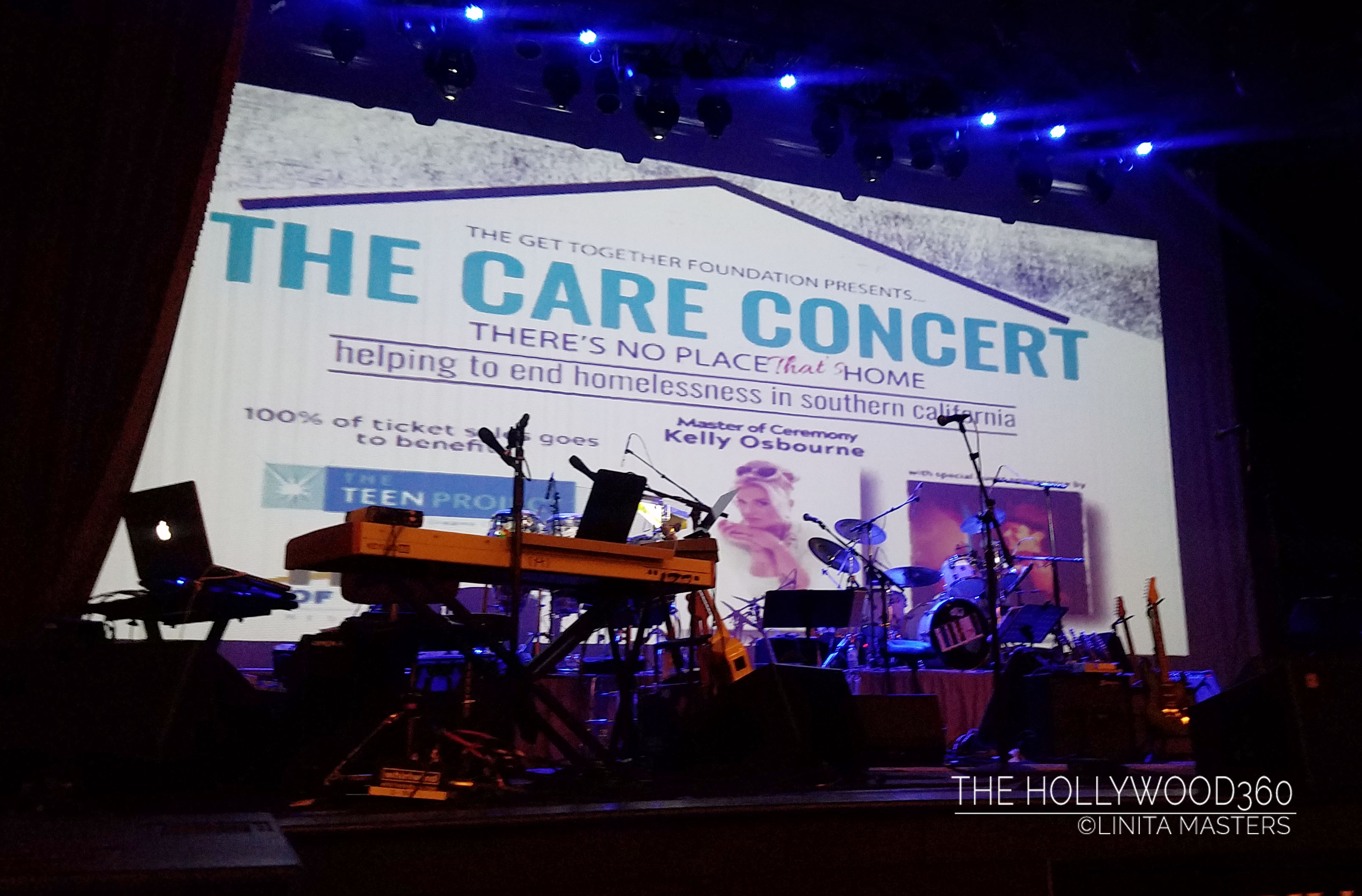 Thirty-four guest musicians participated such as Micky Dolenz, Rob Morrow, Florence LaRue, Jack Tempchin, and Carl Verheyen.  The event was hosted by celebrity, Kelly Osborne. Kevin Wachs and his wife Mare Wachs were the executive producers. Their organization is dedicated to showing the world that WE CAN make a difference. They worked in conjunction with the charities, Hope of The Valley and The Teen Project. 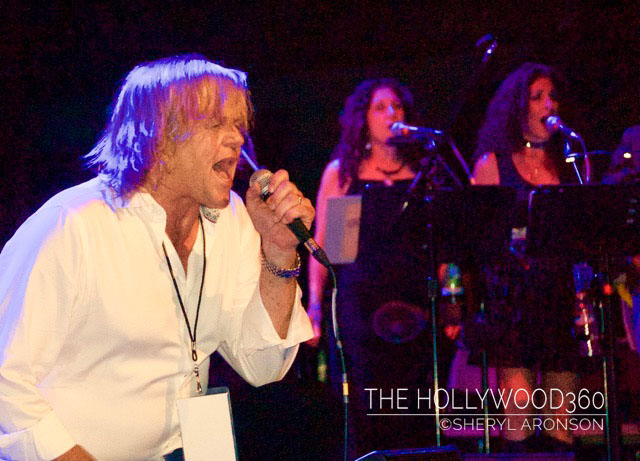 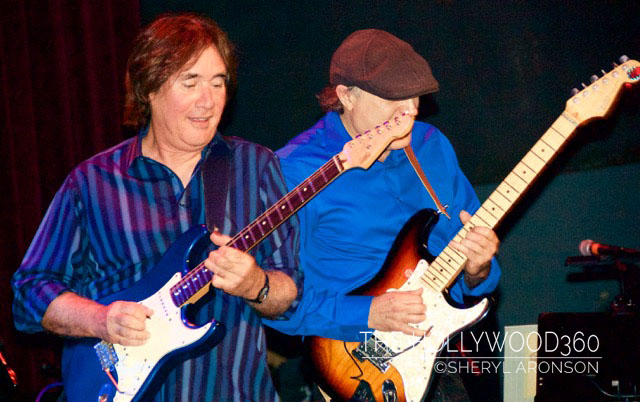 The lineup of artists who were attending the event, or performing, was extraordinary. The Hollywood 360 first interviewed and photographed the celebrities on the red carpet as they entered the Palace Theater.

Here are some of the Artists we interviewed on the red carpet talking about the importance of the cause of homelessness and how they felt about performing with the all-star band. 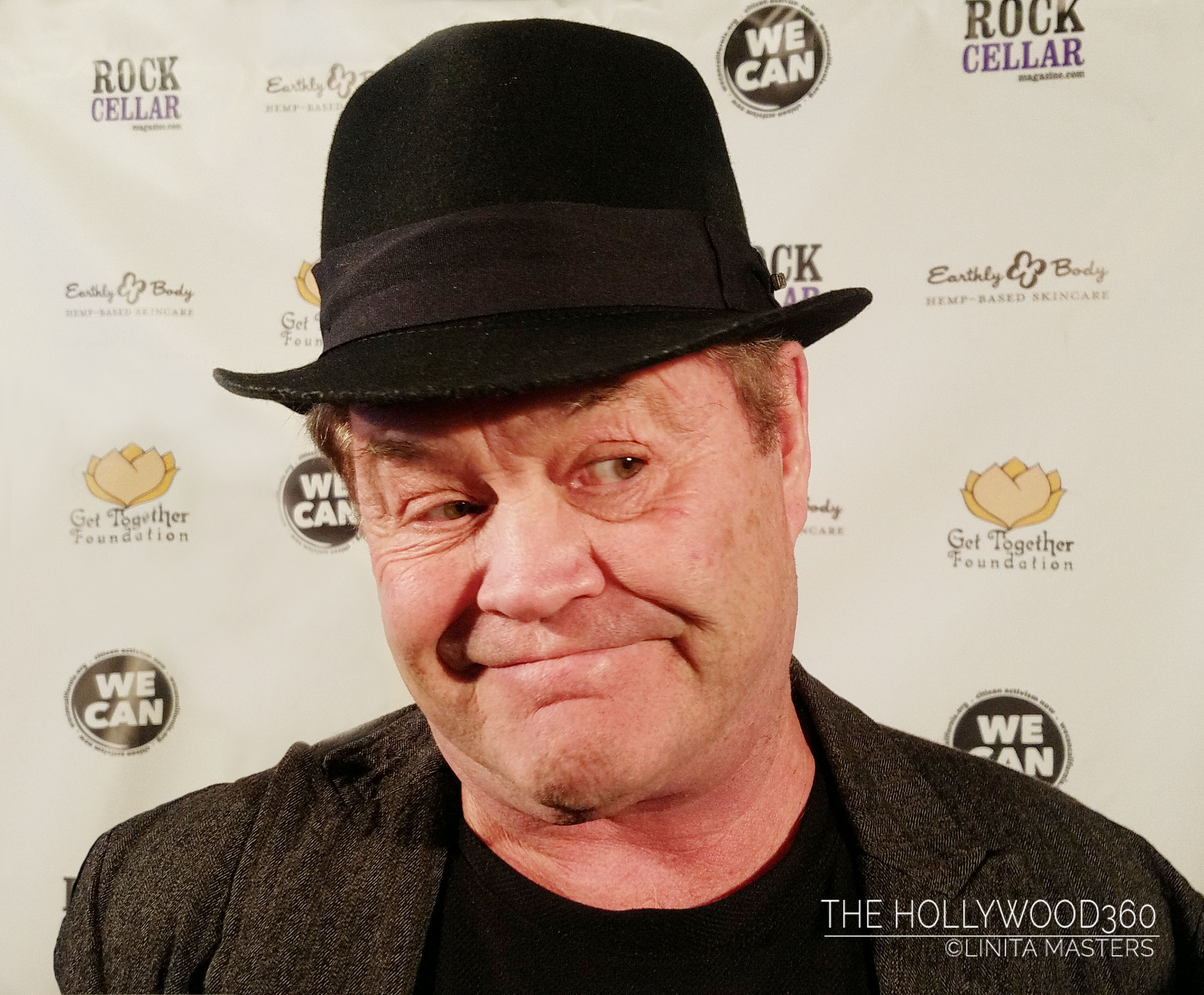 Micky Dolenz: I’m a native of Los Angeles and I do a lot of charity work in this city.  I also do charity work nationally and internationally.  Being born here, I care about what is going on in LA.  I live in the Valley and that’s where the Teen Project is located.  As an entertainer, I feel I have an obligation to draw attention to subjects that are important.  Homelessness, children, lack of food, are very important matters

I also like the fact that I am getting together tonight with people I don’t normally work with.  It’s a lot of fun.  To be able to play with this high level and quality of musicians and singers tonight, is very exciting.” 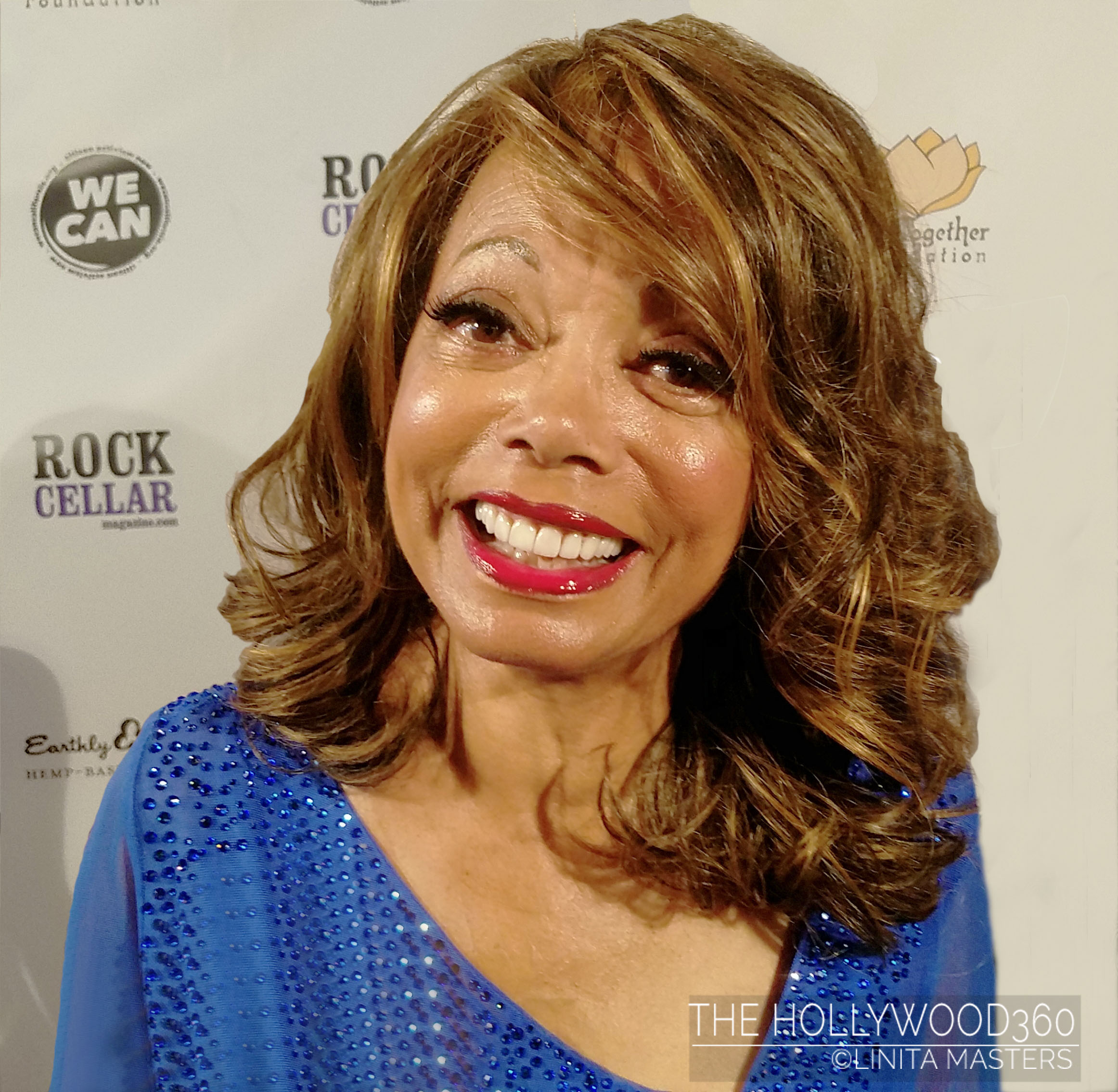 Florence LaRue:  Recently I learned that Los Angeles is number one with the numbers of homeless people; and I wanted to be a part of this incredible talented group of musicians that are giving of their time to eradicate this problem.  I am excited that everyone has the heart to be here as I do to help others.

Kevin Wachs: It’s our party.  We have this cause which is something that has changed in LA the last couple of years.  It used to be that homelessness was a quirky thing that everyone ignored.  You can’t ignore it anymore.  It’s right there on everyone’s doorstep.  We are concerned musicians who are trying to do something about it.  I always tell people, we are not going to change the world in a night, but we can move the bar a little bit  That is our intention tonight.  The money that we are raising tonight, 100% will actually feed people, put them in housing, and give the medical care.

There are a lot great musicians who want to do good.  We encourage them to join the Tribe and at the same time, do some good.  With very little encouraging, we were able to get some very big stars out here tonight.  We added some younger musicians tonight as well, and I think they are going to steal the show. 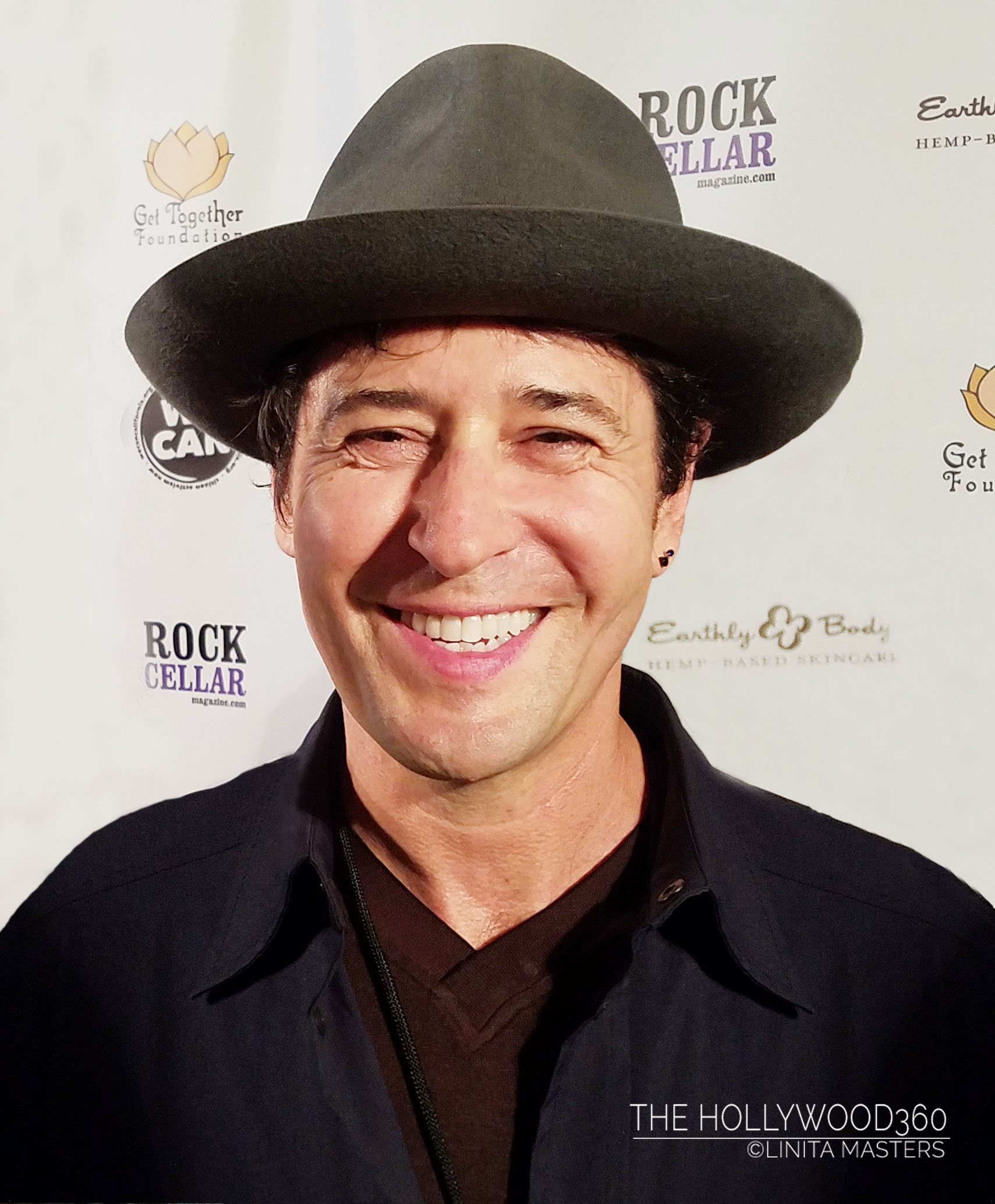 Rob Morrow:  How can I say No to this cause.  Anything we can do to help this situation of homelessness is crucial.  We are so embarrassed by it.  We might think that homeless people should just go get a job.  But it’s not that simple.  Any of us could experience this situation and I think, there but by the grace of God, go I.

Playing with all these great musicians tonight is like taking a ride on a cloud.  I am going to ride their cloud.  It should be fun.  I will sing, “Let It Be Me” and “Tenth Avenue Freeze-Out.” 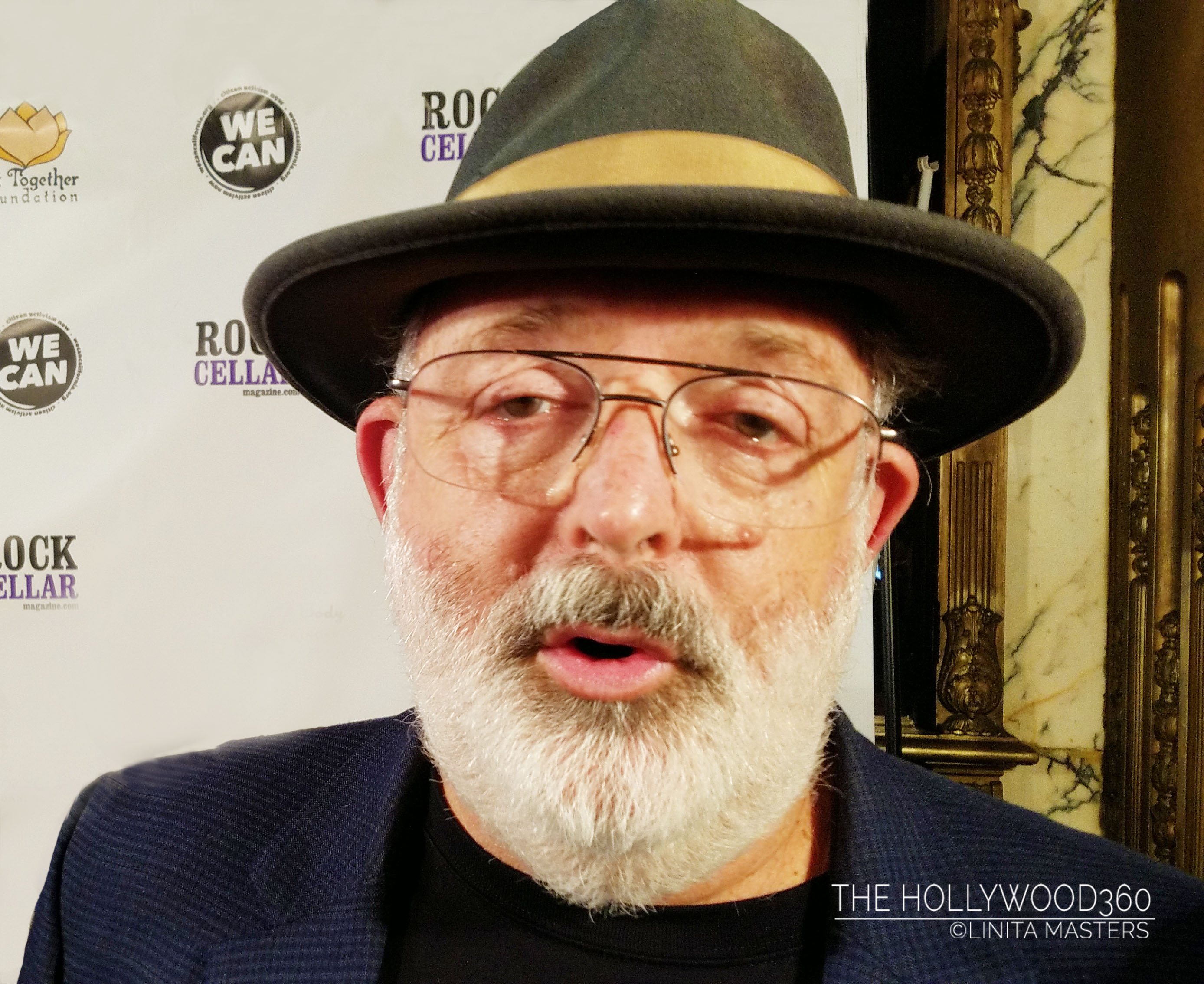 Jack Tempchin: We have a great musical family here and we are working toward doing something important.  I will be singing my song, “Peaceful Easy Feeling,” and a song I co-wrote, “You Belong to the City.”

The musicians here tonight have all done amazing things and have put out great music.  A lot of people I don’t know, so I get to experience jamming with a whole other group of people. 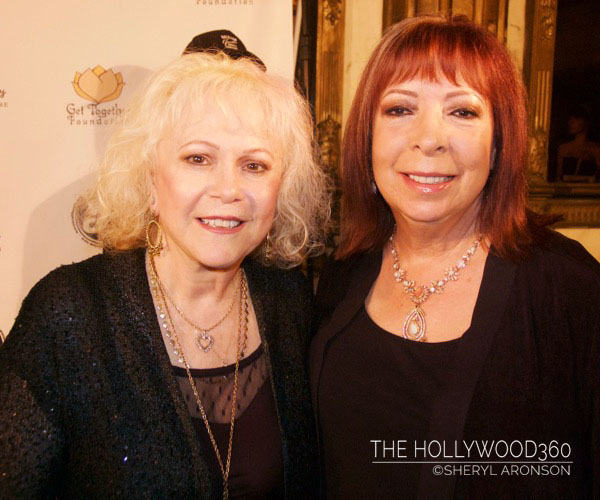 Ginger Blake (The Honeys): We love the Tribe.  Kevin Wachs is a very philanthropic man.  He and his wife are the most amazing people.

Marilyn Wilson (The Honeys):  We do rare appearances and we select causes that are meaningful to us.  Homeless shelters care is something that is inspirational to us.  We will be singing “Homeward Bound” tonight.

The concert started off with the cast blasting the air waves with “Everyday People.”  A sexy, mellow version of Phil Collins’ “Day In Paradise” caressed our ears with lovely harmonies from John Wicks and Tom Jacob.  Rob Morrow delivered a deep emotional performance in his vocals of “Let It Be Me” and an energetic with attitude rocking version of Bruce Springsteen’s, “Tenth Avenue Freeze-Out.”  John Pratt and Steve Postell electrified the audience with a bluesy, high voltage spectacle in “Can’t Find My Way Home.”  Carl Verheyen laid down some vamping licks on the guitar as he introduced Bob Dylan’s “Times Are A Changin.”  He was accompanied by a waterfall of back up guitar players acoustic plucking music.  The steel guitar playing on “Peaceful Easy Feeling” buttressed the legendary pop tune to its peak and was brought home by its creator, Jack Tempchin. 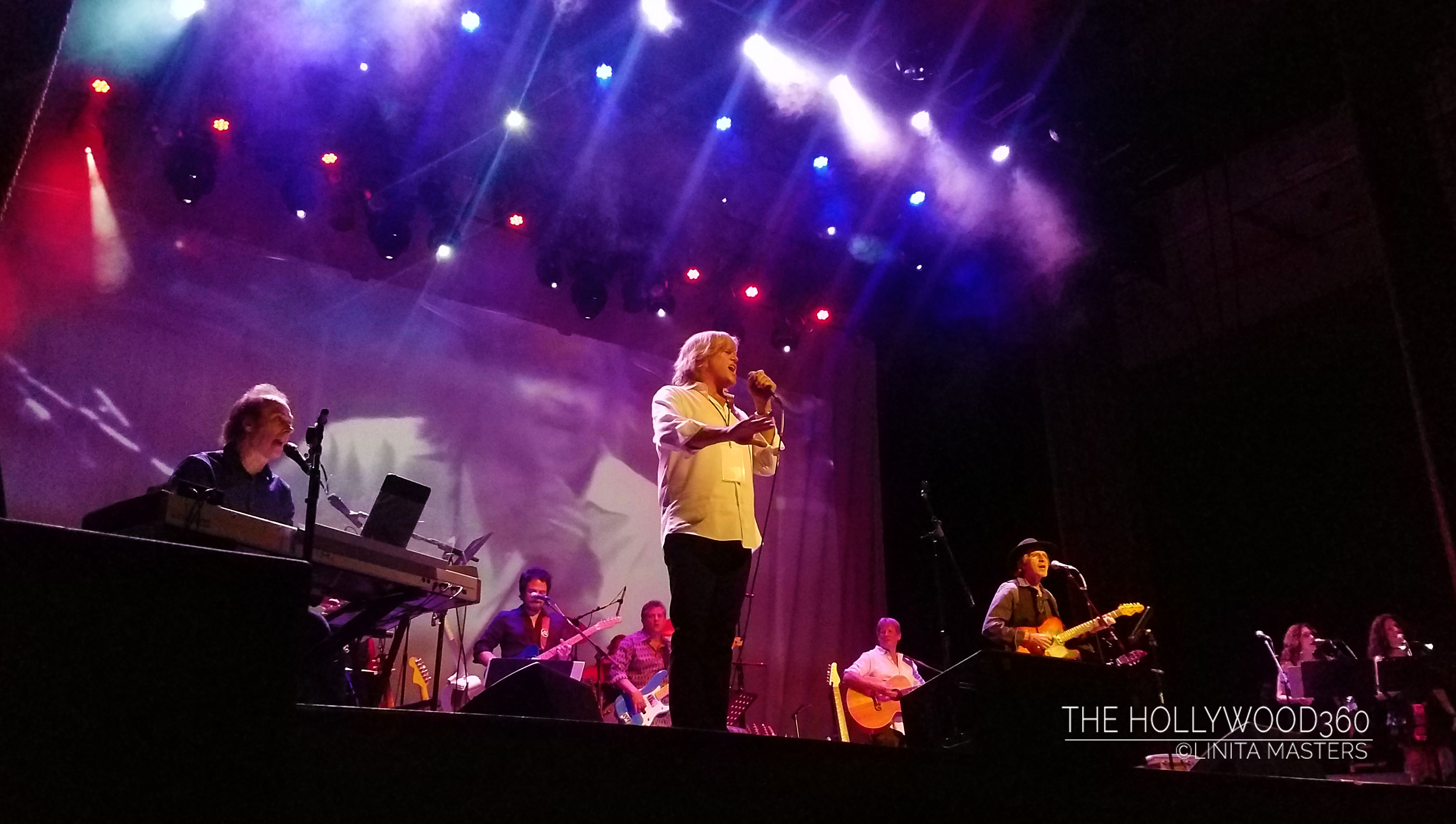 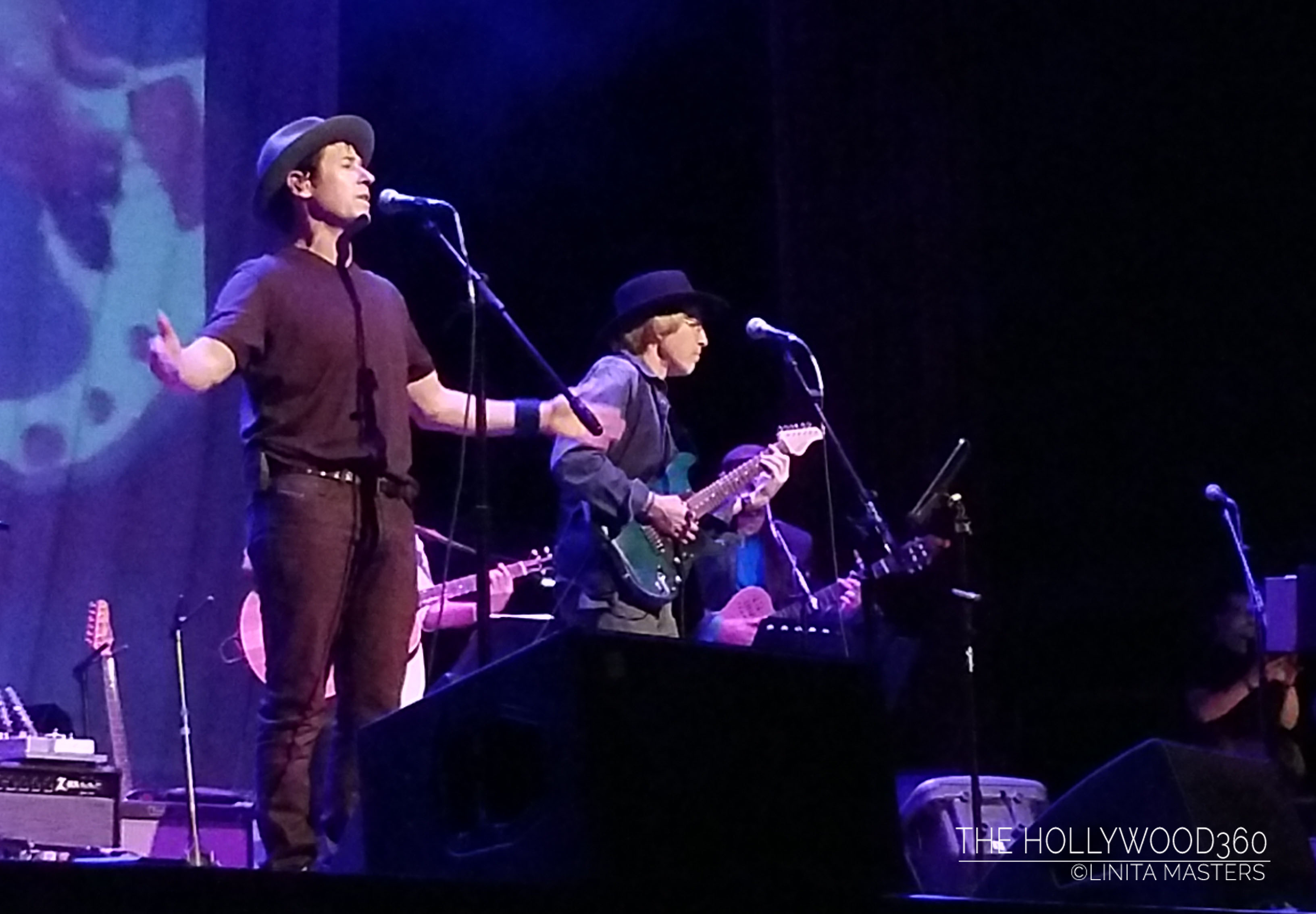 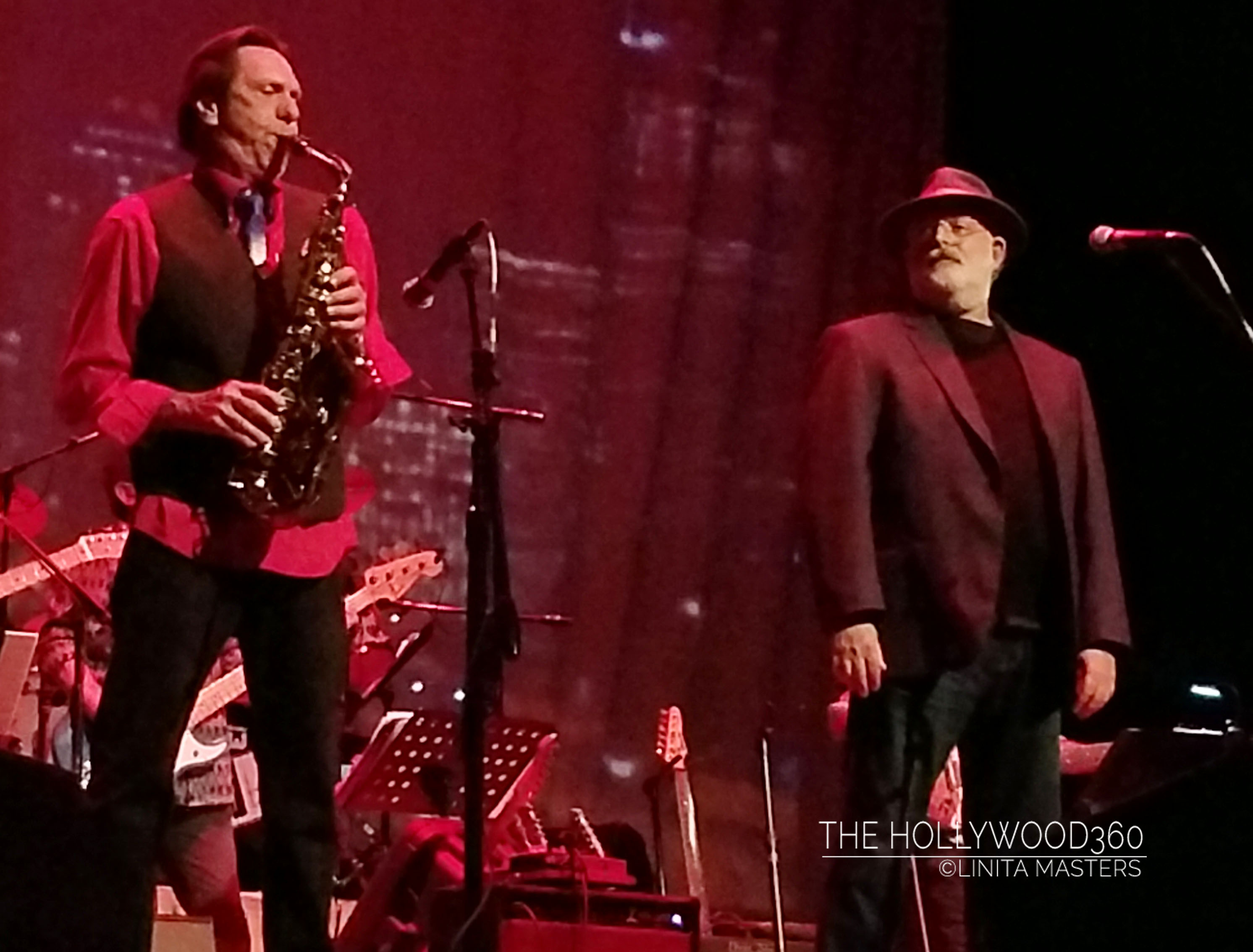 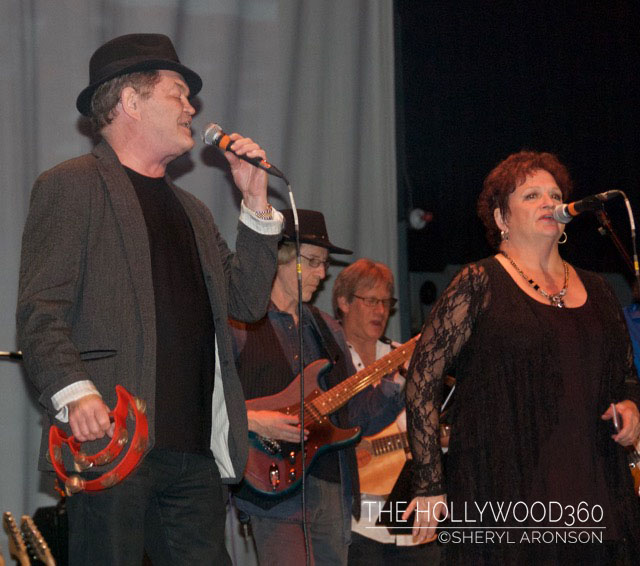 Part II highlights were Coco Dolenz and Gary Stockdale reeling in a perfectly dramatic and deeply felt version of “Up Where We Belong,” the crazy, wild and wooly guitar playing by Jeff Alan Ross and Jules Galli on “While My Guitar Gently Weeps.”  As we headed toward the end of the night, it built to a climatic crest when Micky Dolenz with his sister, Coco Dolenz transported us back in time singing the beloved Monkee’s tunes, “Daydream Believer” and “I’m a Believer.”  The entire audience was on their feet singing and dancing and partying like it was 1973!!!  Then the gorgeous Florence LaRue brought down the house by belting out “Up and Up Away,” “Someone to Watch Over Me” and the Baby Boomer’s Anthem, “Aquarius.” 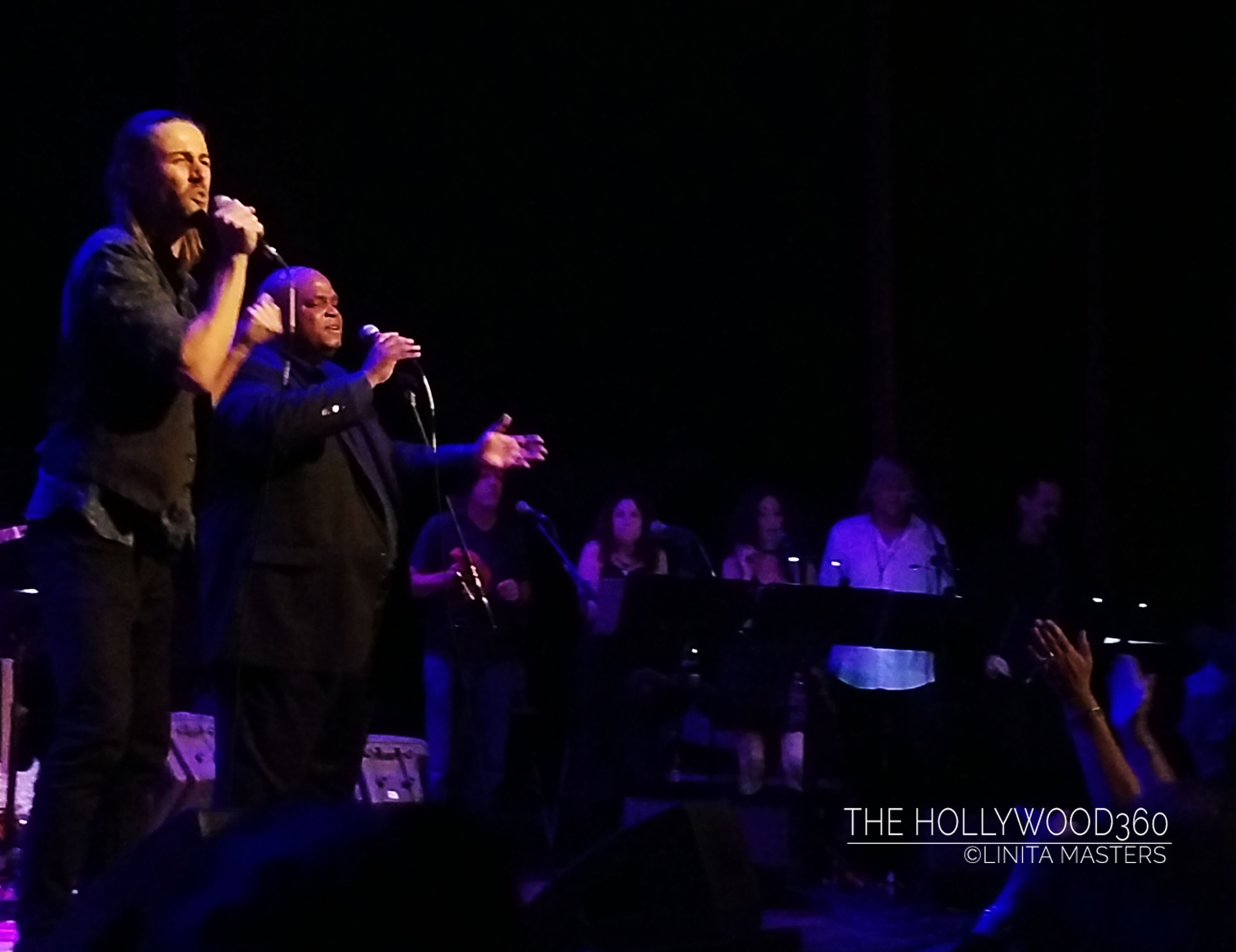 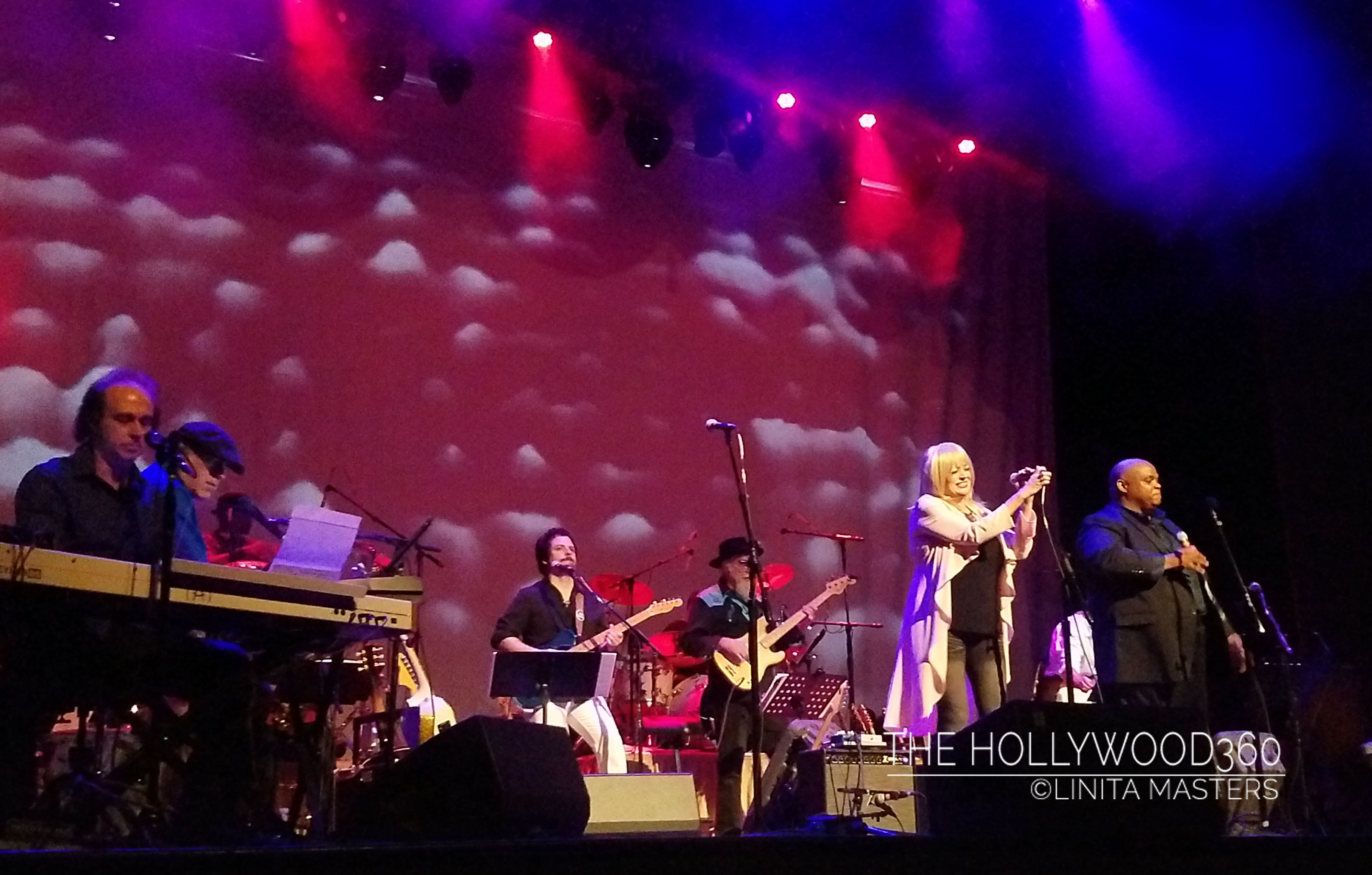 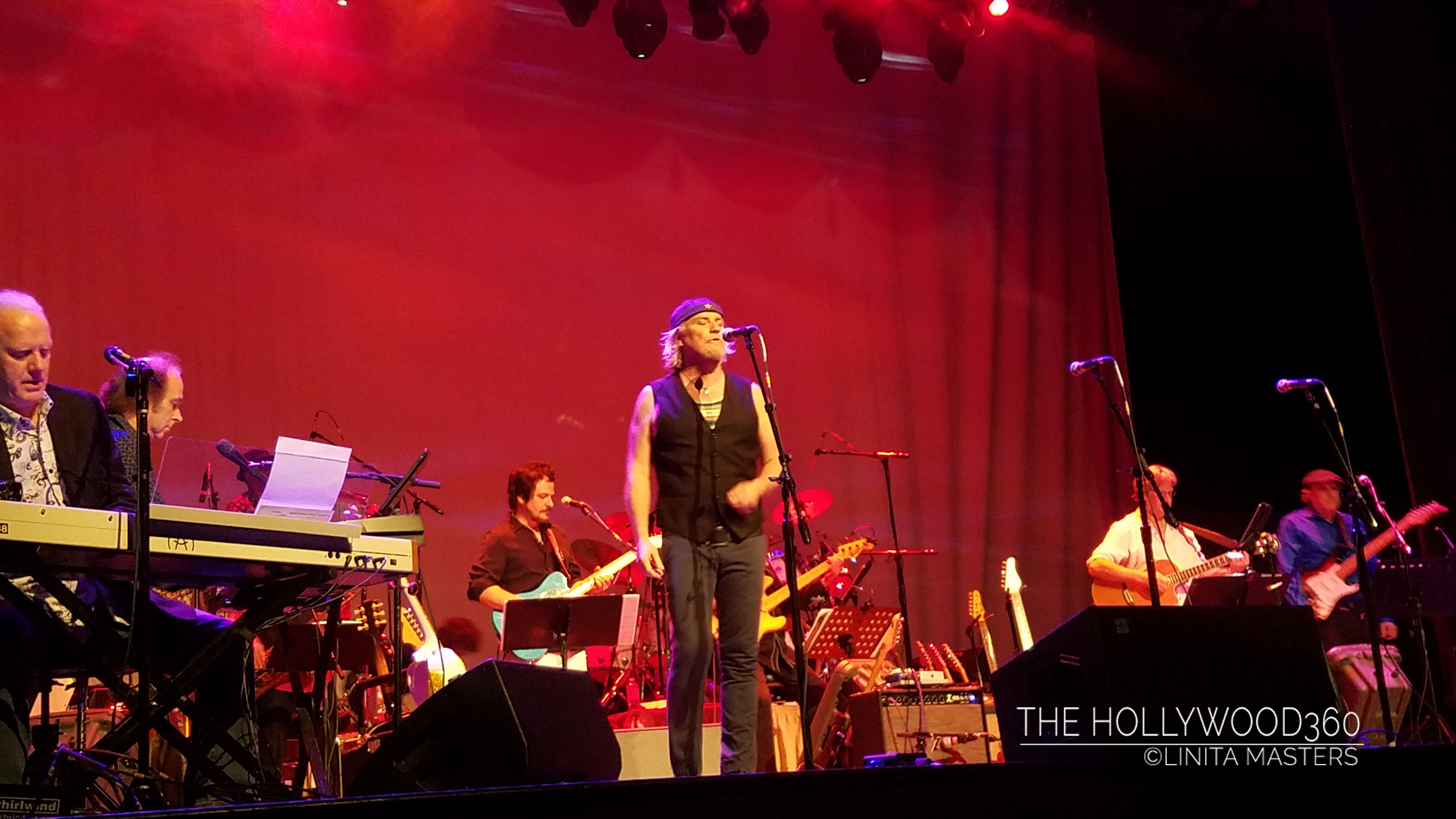 Kevin Wachs and the Tribe once again had put on a superb charity event for a great cause.  They proved this evening that WE CAN MAKE A DIFFERENCE through the community of caring.

Join their FB Group: Friends of the Tribe: