Terry Wollman Performing at The Festival of Arts Laguna Beach

It’s summertime again.  One of the wonderful events of summer is The Festival of Arts in Laguna Beach which provides a jazz series of concerts that features some of the top contemporary jazz artists.  Kicking off the season, on Thursday, July 6th from 5:30 -7:30 pm will be Billboard Top 10 artist, Terry Wollman, who is a jazz guitarist, composer, and producer.  Joining him on stage will be Greg Manning/piano, Reggie McBride/bass, John JR Robinson/drums, Ramon Yslas/percussion and special guest vocalist, Melanie Taylor.

Recently, Terry Wollman produced three musical performances with Dick Van Dyke, Alan Bergman with Dave Grusin, and Tony Bennett (co-produced with Dae Bennett) that were filmed for the HBO movie,  “If You’re Not In the Obit, Eat Breakfast.”   He also conducted and wrote an arrangement for Melissa Manchester’s upcoming 21st album, “The Fellas.”

I call Terry Wollman, “the happiest guitarist” because he emanates such joy when he performs.  I wrote about his performance last year at the Festival of Arts in The Hollywood 360, “The audience’s ears were treated to Wollman’s melodic, rich, easy flowing compositions like Reflections from his Silver Collection Album and the swinging, fast paced driving rhythm of Norwegian Wood, that broke into a high-kicking blues.  Melanie Taylor spiced the evening’s festivities, singing a few original tunes from her newest EP.” 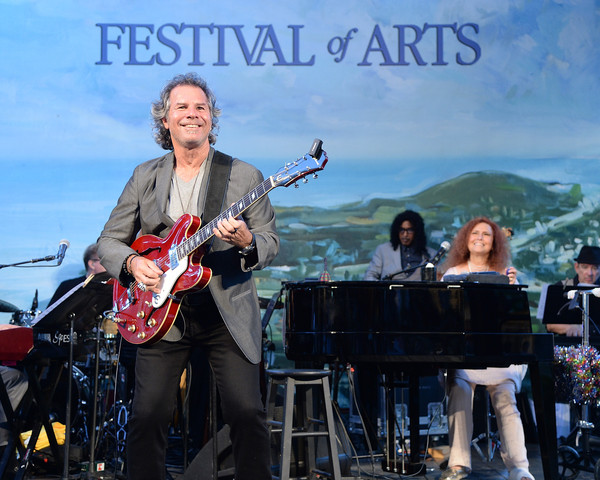