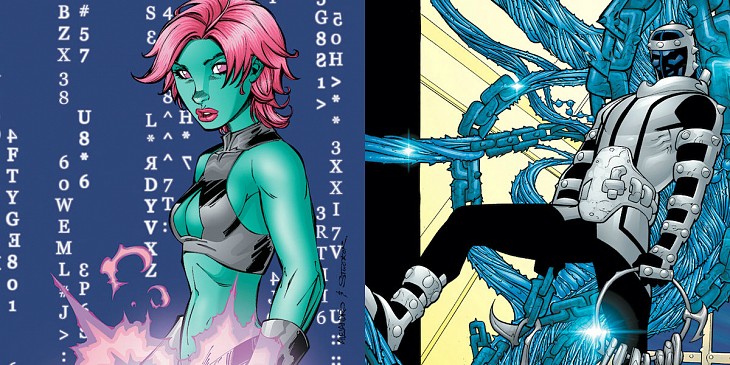 Indigo, an attractive, super strength, living computer was sentenced to Fort Rozz, the Kryptonian prison. Now released on earth, Indigo has an agenda and Laura Vandervoot, (Kara/Supergirl Smallville) is cast to carry it out.

Master Jailer/Carl Draper is the merciless jail guard on Fort Rozz and insistent on seizing Fort Rozz refugees since his emergence on earth. Jeff Branson (The Young and the Restless) is cast as this brutal character.

The announcement was made today during Warner Bros.Television’s Supergirl session at the Television Critics Association Winter 2016 Press Tour on the Warner Bros. Studios lot.

Supergirl is from Berlanti Productions in association with Warner Bros. Television. Mehcad Brooks as James Olsen, Chyler Leigh as Alexandra “Alex” Danvers, Jeremy Jordan as Winslow “Winn” Schott, with David Harewood as Hank Henshaw/J’onn J’onzz and Calista Flockhart as Cat Grant. Greg Berlanti, Ali Adler, Andrew Kreisberg and Sarah Schechter are executive producers of the series, based on characters appearing in the DC Comics, created by Jerry Siegel and Joe Shuster, by special arrangement with the Jerry Siegel Family.

From L.A. To D.C. John Lloyd Young Brings The Music!