On December 1st, Sean Stewart, the son of legendary rock star, Rod Stewart, sat down with me at Margo’s on Montana Avenue to talk about his newest endeavors.  Christine Peake of Peakprgroup had set up the interview with Sean.  Sean talked about the new champagne company he had just partnered with called LeGrand, his newest movie, Street 2 Death Fight, and his athletic ability on the soccer fields.

LeGrand was founded in 1907 in the heights of the Côte d’Or, Burgundy, France. With more than 100 years of heritage and a unique savoir-faire, 4th and 5th generations winemakers worked together to produce each bottle of LEGRAND LA VIE DORÉE. LEGRAND LA VIE DORÉE breaks the code of the Champagne heritage and embraces today’s culture.  They make BRUT and ROSÉ that are entirely designed and assembled with top-line materials from France. They create a piece of ART.

LEGRAND LA VIE DORÉE BRUT and ROSÉ are made with 24 Karats gold flakes, the purest form of gold. From gold bars to sparkling flakes, our gold comes from a French family of gold-beaters with 300 years of heritage. The gold bars are crushed and hammered into sheets, then reduced to tiny flakes of edible gold.

I was offered a glass of the Brut and it was delicious.  Sean and I talked over delicious food from Margo’s and this tasty champagne. 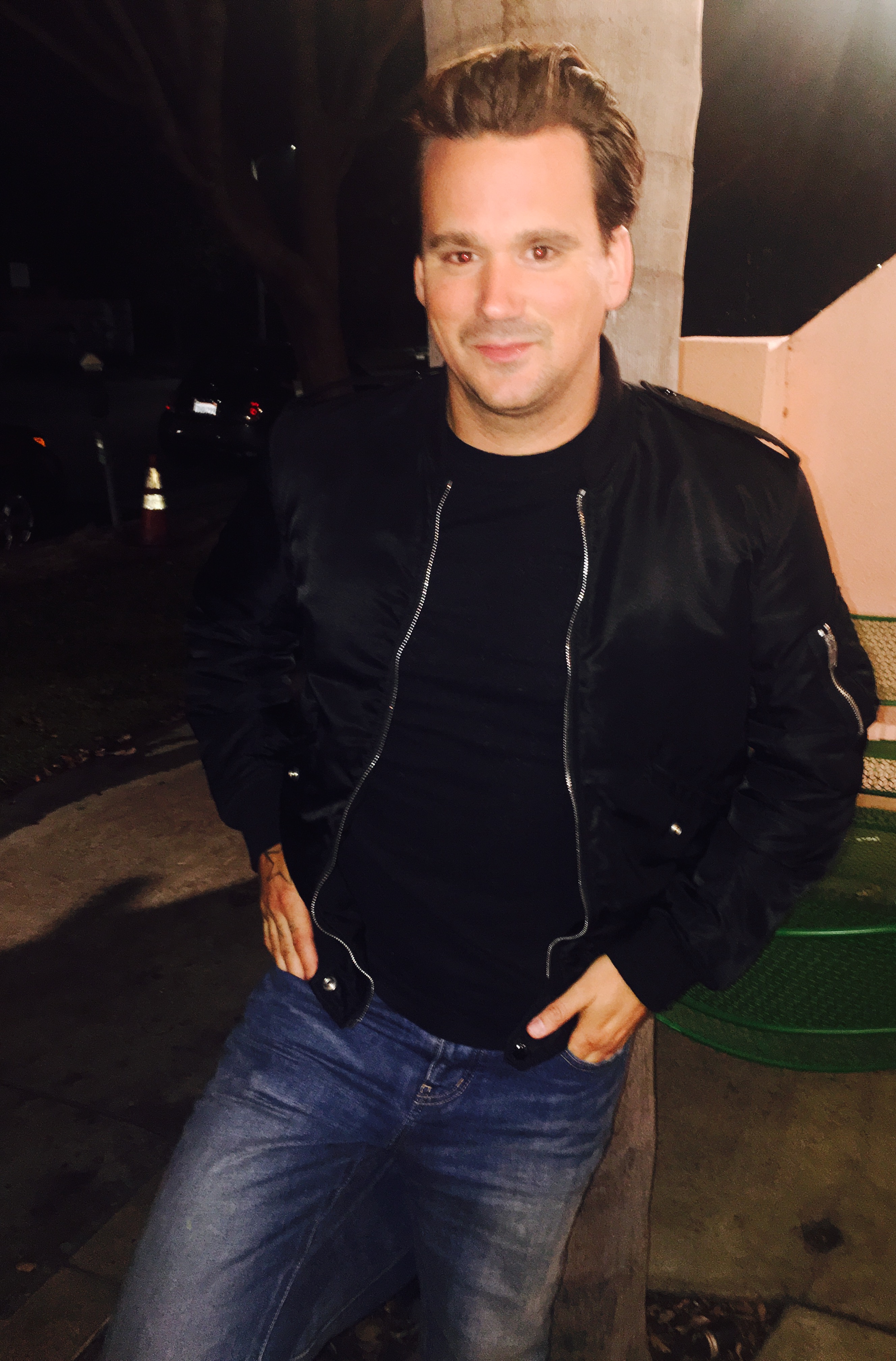 The Hollywood 360: Please talk about your career.

Sean Stewart:  My occupation is being an entrepreneur.  I have a champagne company called LeGrand.  I am doing a movie in February called Street 2 Death Fight. I was in Street 1 which is winning an award for best Indie film tomorrow night at Paramount Studios.

The Hollywood 360:  You are also an athlete?

Sean Stewart:  I play football which is called soccer here.  I play every Friday and Wednesday night.  I’ve been playing for a very long time; I’m actually a pretty good player.  I play in a league.

The Hollywood 360:  Talk about LeGrand.  Is it a champagne company exclusively or a wine company?

Sean Stewart:  It’s kind of a mixture of both.  Don’t you get that by tasting it? The bottle sells itself.  The bottle catches your eye.  And you ask yourself, what is this?  You see the 24 kt. flaks on the inside which is edible and an aphrodisiac.  So then you pour it into your glass and you’re sold.

The Hollywood 360:  How did the company get started?

Sean Stewart:  The company was started by my partners.  They were doing taste testing for a very long time to get the right taste.  They wanted it smooth.  The bottle of the brew reminds me of Cristal, a little bit but it tastes better.  We sell it at Hyde Full Party in Miami Beach and we sell it at Pink Dot on Sunset Blvd.  You can also place an order on their website.

The Hollywood 360:  When did LeGrand get started?

The Hollywood 360:  What else would you like everyone to know about LeGrand?

Sean Stewart:  It tastes good.  It’s fun to drink.  It’s an aphrodisiac and it has 24 kt. Gold flakes in it.  But drink responsibly and you have to be over 21.

Sean Stewart:  I grew up in Beverly Hills and went to Beverly Hills High School.  I was acting when I was a kid.  The first movie I ever went on, I got a call back.  I was 15.  The movie was called, Camp No Where.  Even though I didn’t get the part, I was happy I was runner up for the part and it was the first audition I ever went on.

I’ve been athletic my whole life.  I have played soccer for a long time and I also box.  When I was growing up I played soccer in AYSO but not for Beverly Hills High School.

The Hollywood 360:  Talk more about your acting career.

Sean Stewart:  I think I have great on camera presence.  I’m funny.  I recently have done a part in Street 2 Death Fight plus I was in the first one.  My character is a good guy turned bad at the end.  I play a character named Sean.  His role is that he goes behind the scenes of the club world and goes undercover because there are things going on that are illegal.  Then he ends up setting everybody up for the money after.  It is a kick boxing movie.

The Hollywood 360:  Did you have to learn how to kickbox?

Sean Stewart:  Yes, but I have been boxing my whole life.  This is mixed martial arts.  These movies are becoming a franchise like Rambo.  The first one was a small budget, the 2nd one had a bigger budget, and the third one will be even bigger.

The Hollywood 360:  Why do you think the movie is being awarded?

Sean Stewart:  It’s actually a really good movie.  It has a lot of action, a good story line, and you’re rooting for the person in the first one.

The Hollywood 360:  You must be excited that Street 2 Death Fight  is winning an award tomorrow.

The Hollywood 360:  Were there any challenges for you playing this character?

Sean Stewart: No.  I got straight into character.  I worked with an acting coach and it made it easy for me to take on the role.

The Hollywood 360:  What are the locations for the next movie?

Sean Stewart:  We were supposed to shoot in Thailand but we’re shooting in Toronto right now.

The Hollywood 360:  What else would you like people to know about you?

Sean Stewart:  I’ve worked with charities.  I worked with the Rescue Mission for 4 years in downtown Los Angeles, teaching the kids how to play soccer.  I won an award … Best Influence on the kids … for making a difference in their lives.  Soccer is in my blood.  My dad, Rod Stewart is a big soccer fan and I guess I picked up his love for the game.

Wouldn’t you know … our interview ended because Sean Stewart had to go play soccer in his Friday night league in Santa Monica.

To find out more about LeGrand Champagne go to: http://legrandlaviedoree.com/la-vie-doree/