On Thursday evening, September 21st, Grammy Nominee Robbie Dupree performed at Bogies in Westlake Village. He is well known for his hit songs “Steal Away” and “Hot Rod Hearts” which were part of the soft rock sound of the 1980’s. 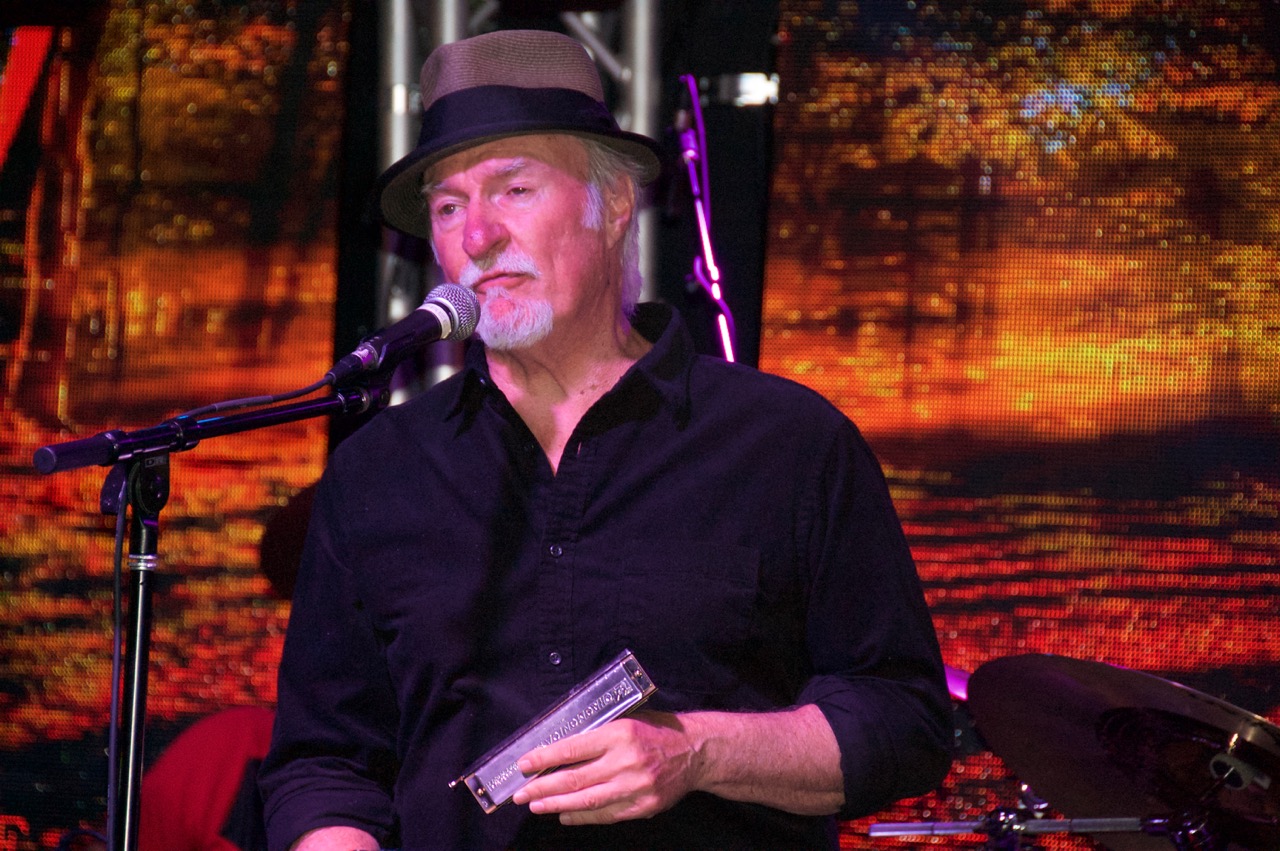 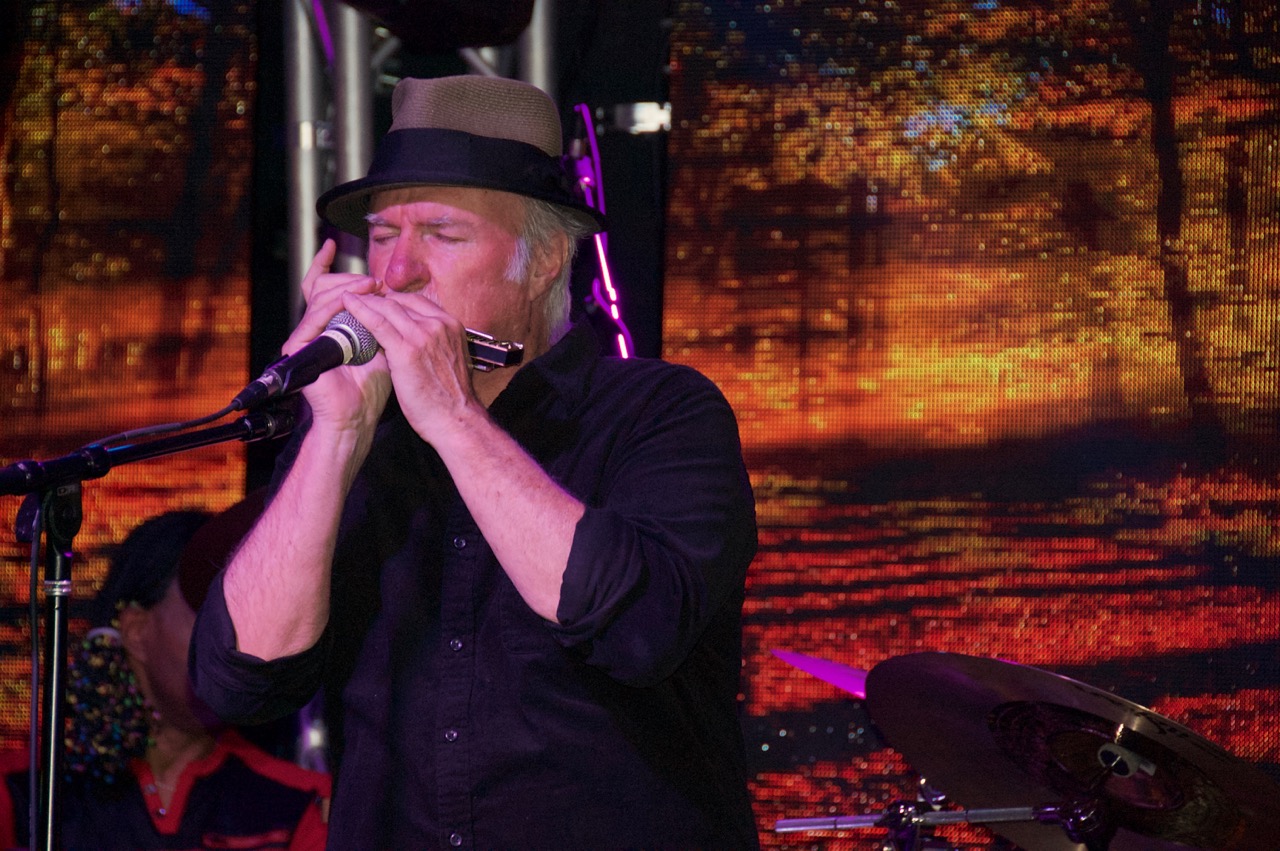 Dupree’s relaxed and easy rolling out of his soulful vocals testified to his unique style. He also mingled a twinge of a bluesy transfusion to the mix by blowing the harmonica. On the song “Lucky” we first heard the crying out guitar licks of Tony Pulizza which gave the song a cool, hip feel. The rest of the band followed bouncing along in a steady beat. Robbie Dupree hit the spot with a gorgeous dreamy rendition of the romantic ballad, “We Let the Stars Go.”

Picking up the beat a bit, Dupree tells the story of a broken romance in “In the Real World” and Christian Cullen lays out vamping phrasing on the keys while the bass rounds out the sound with a deep steady rhythmic beat. Honoring the recent marriage of the backup singer, Gigi Worth, the band played, “For the Love of You.” Drifting smoothly along, the sweet love song poured deliciously out of the vocals and group’s instrumental. “Looking for Salvation” provided a poignant moment in the set as the Leslie Smith’s and Gigi Worth’s sharp harmonies cried out, plus the guitar solo of Pulizzi howled with lament. We were treated to “I Only Have Eyes For You” calling for a Doo-wop chorus of harmonies and a bluesy blowing on the harmonica by Dupree.

The finale was a grand set of classic rock starring some of Robbie Dupree’s celebrated Artist friends such as Matthew Wilder, Stephen Bishop and Peter Beckett. The set begins with Robbie Dupree doing perfect renditions of “Hot Rod Hearts” and “Steal Away.” Then Producer/ Rock Artist, Matthew Wilder belted out his big hit “Break My Stride.” Stephen Bishop brought us all back to the balmy breezes of Jamaica with his huge hit song, “On and On” which was followed by English Rock Star, Peter Beckett of the group Player. When the first lines of “Baby Come Back” were played and Beckett echoed with the reverb on the electric guitar, the audience was ready to hear this cool hit tune. Beckett hit those high notes full blast and he had the backup vocals of Robbie Dupree, Matthew Wilder, Leslie Smith and Gigi Harp. 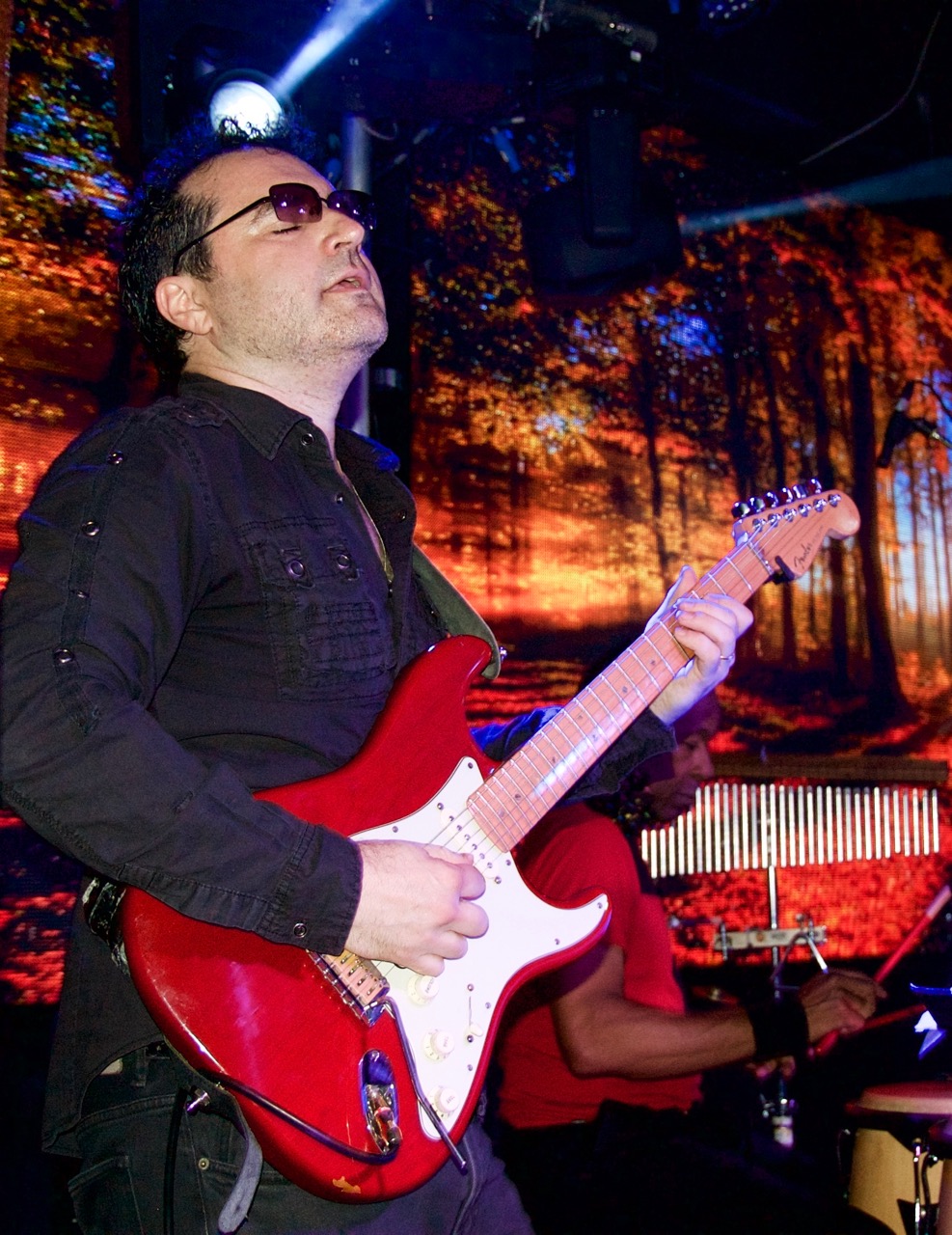 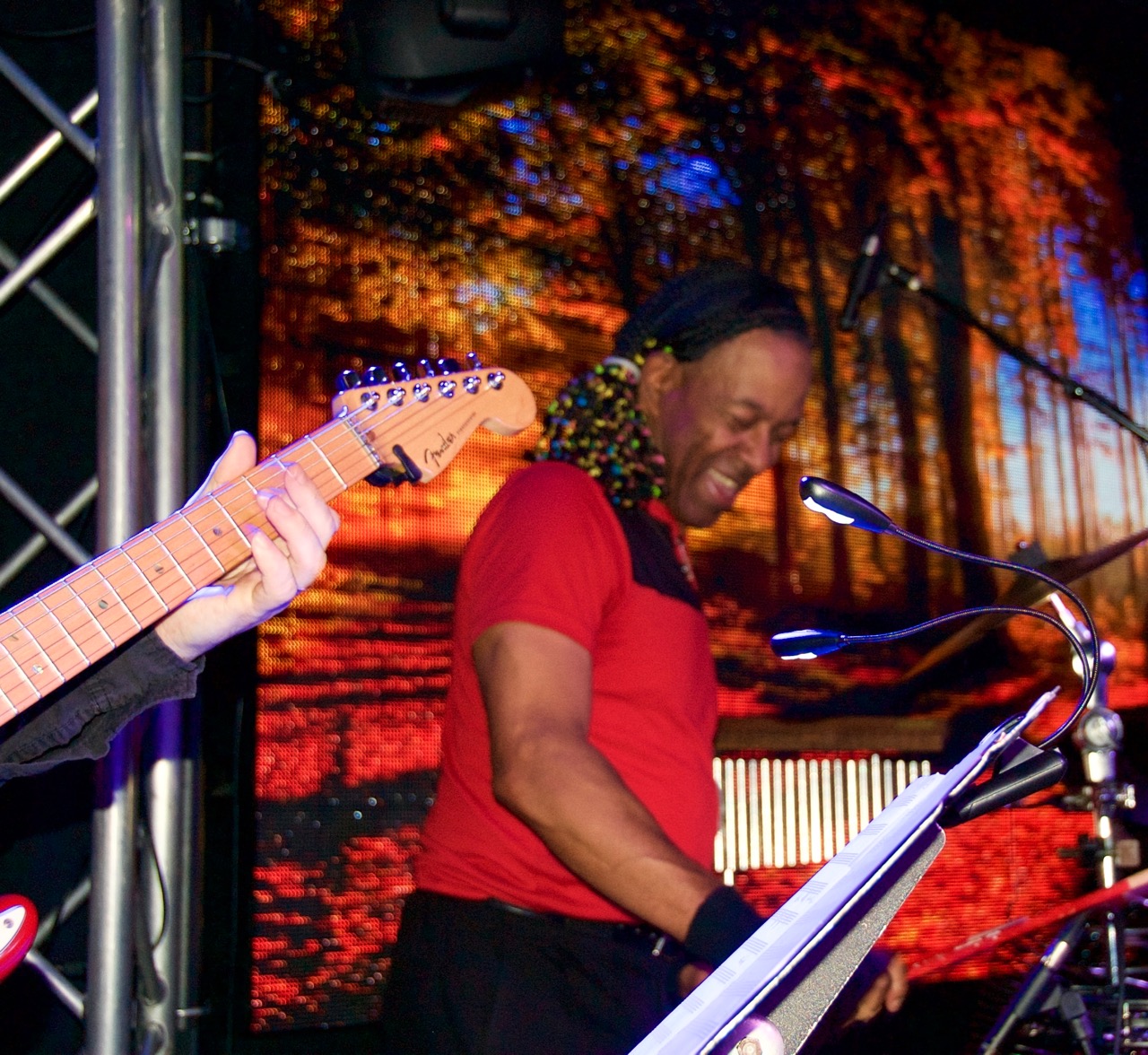 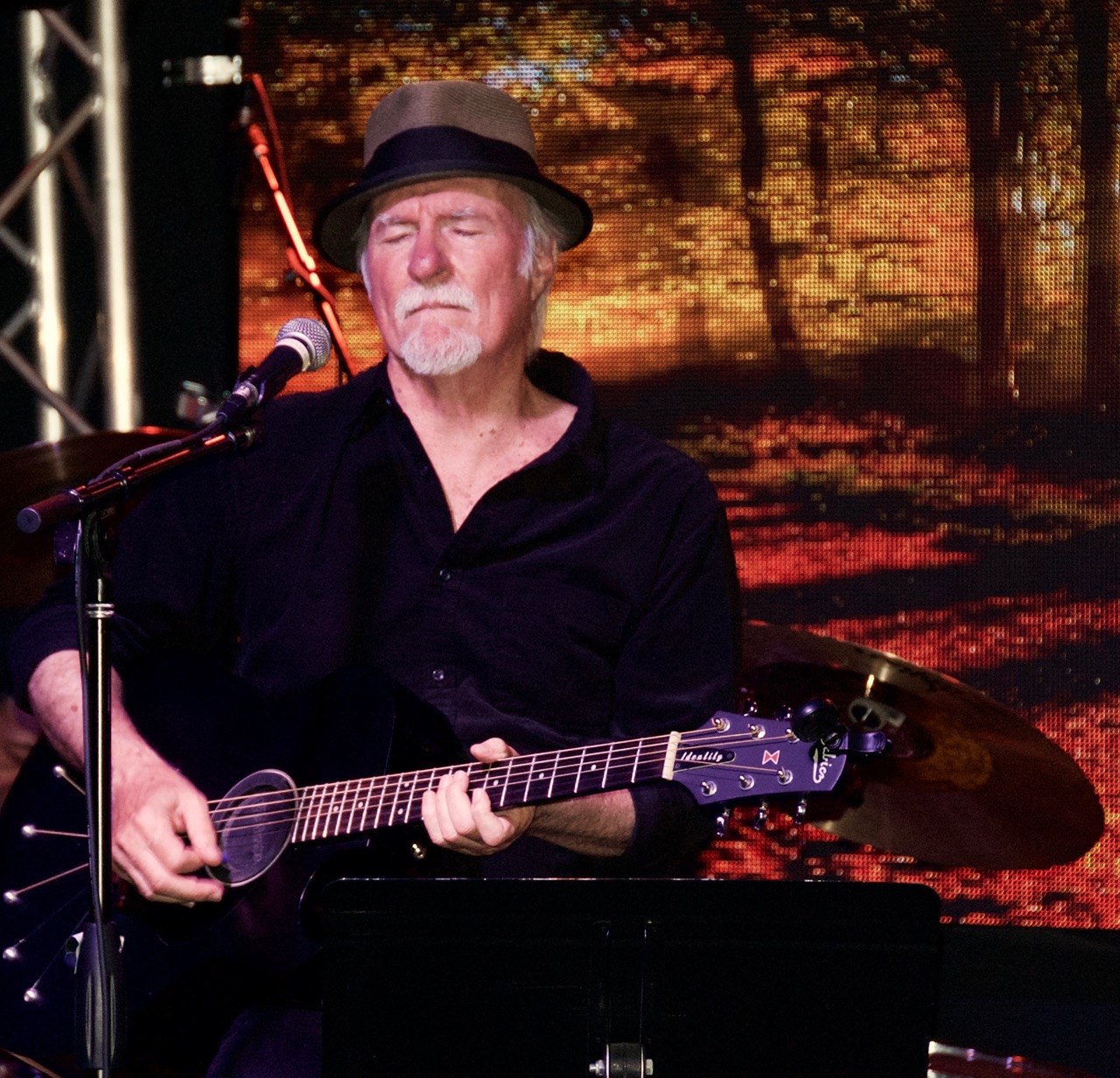 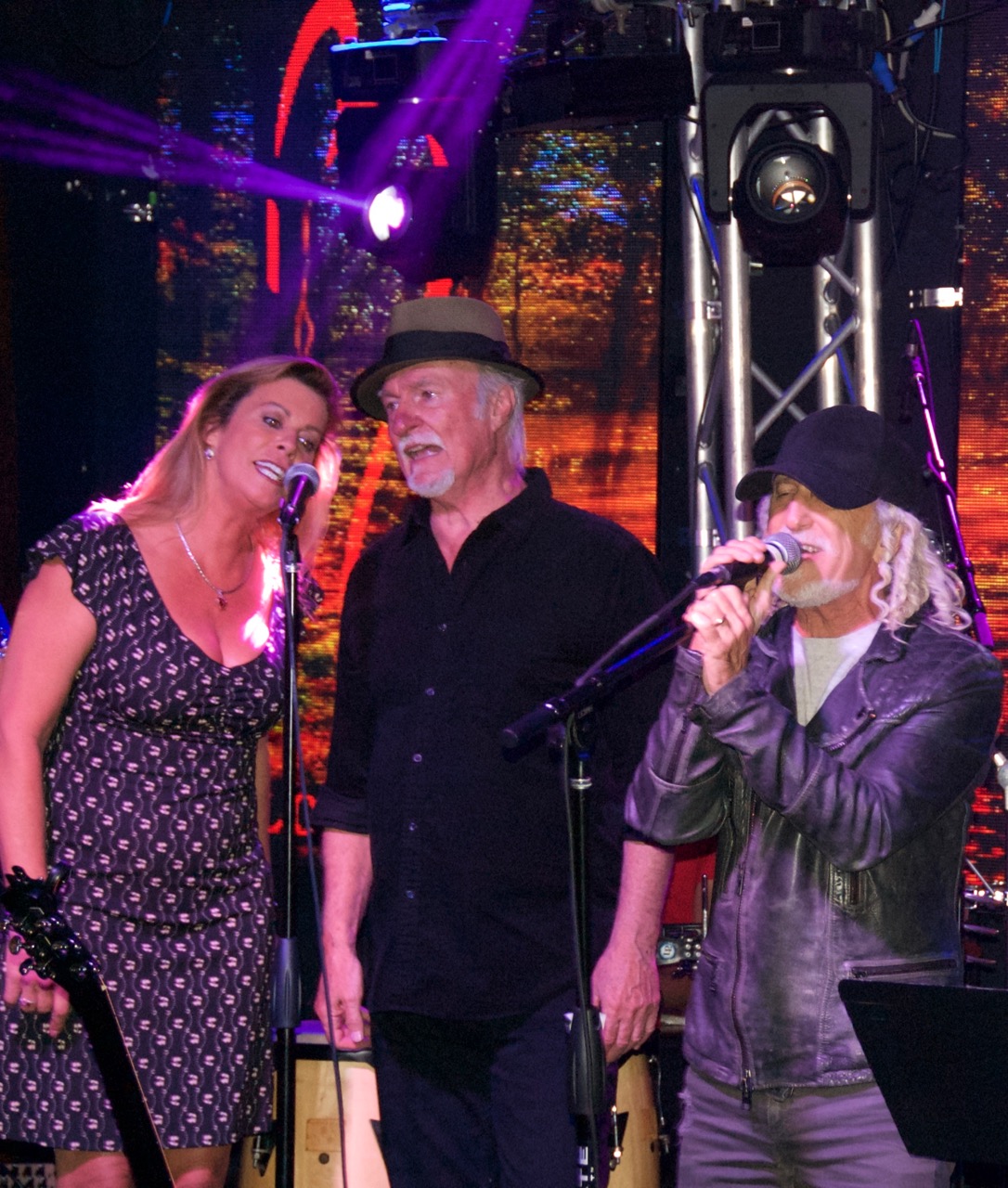 He rocked out with proficient licks to end the superb performance. The closing song was handed to Leslie Smith, (who I know as a vocalist from Larry Dunn’s, Earth, Wind & Fire Anthology Band). Robbie Dupree said, “This is more like a prayer the way Leslie Smith does it.” It was Sting’s lovely song, “Fragile.” No arguments here, Smith’s vocals were rich and soulful. Dupree added a lush harmonica solo, guitarist Pulizzi added his standout plucking, keyboardist Christian Cullen ran up and down the ivories, then it was back to Leslie Smith to conclude with his powerful voice falling down slowly, simply, then a soft wail. A first-rate night of vintage music from Robbie Dupree came to an end.