Los Angeles, [Ca] based radio personality and Regional Mexican singer, Erika Vidrio, who also happens to be one of the most sought after female composers in the [Regional Mexican] genre, is releasing the first single of herself titled “Inmigrante,” album, Spanish for immigrant, scheduled for release sometime in September [2016] independently through her Vidrio Sound Factory [music record label]. 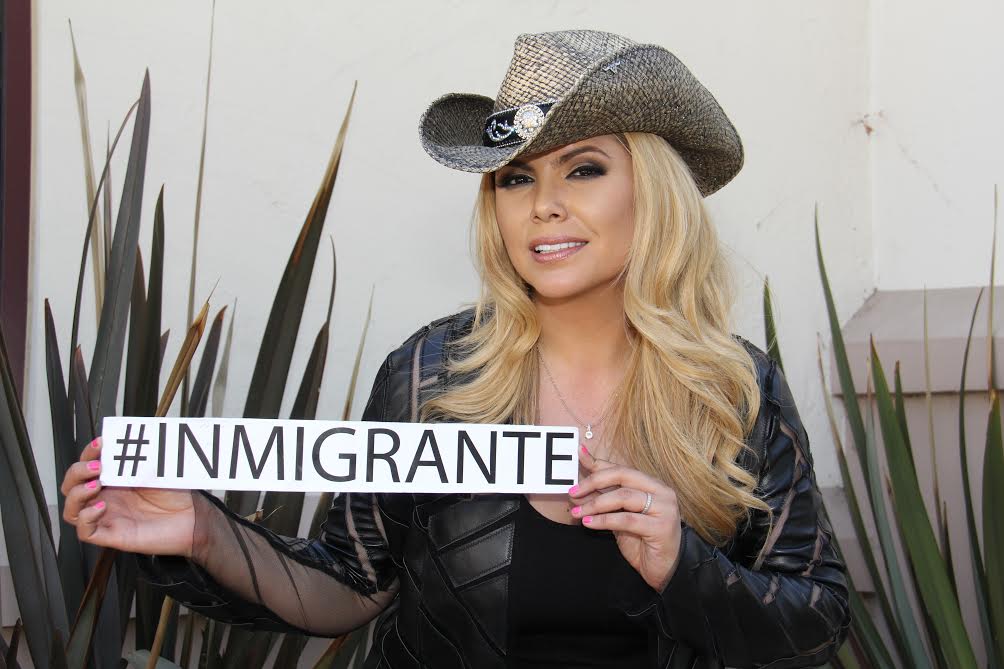 The Hollywood 360 caught up with Vidrio to find out what inspired the single, to learn more about the singer’s early days and [touched] on the composer’s views on the [hot] immigration issue.

“I wrote the song based on my personal experiences, with my fellow Mexicans and immigrants in mind, is for all those honest, hardworking people who have come [to this country] in search of a better life and contribute to this country in so many ways,” explained Vidrio, who remembers the tears her mother shed as she hugged her and said good bye when she decided to leave Mexico, as an immigrant herself.

“I can remember those tears my mother shed like it was yesterday, that set this song off. I was around ten years old in elementary [school] when I wrote my first song for my mother to sing in a competition. As a gift for that song my mother bought me a guitar and I have never looked back.”

After having photographed performances of over four hundred and fifty [different] Latin music artists, I'm either known by my first name: Fredwill, or as "Latin music's photojournalist." CEO/Pres. of Spanglish Entertainment, LLC [a Latin music record label with a management and publishing arm --distributed by Create Music Group] @spanglishent.llc