Red Bull Music Presents Los Angeles: NeoPerreo. On August 25th, Red Bull Music Presents a unique night, showcasing Tomasa del Real and the NeoPerreo crew, alternative reggaeton’s most influential artists. More than just a musical style, NeoPerreo is a global movement and lifestyle encompassing diversity, music, fashion, tattoos, and more. The subculture redefines the norms of Urban Latin music by putting artists at the top of the game and bringing minorities and majorities together on one dance floor. The showcase marks the largest NeoPerreo event to date, bringing a largely underground scene into the limelight. 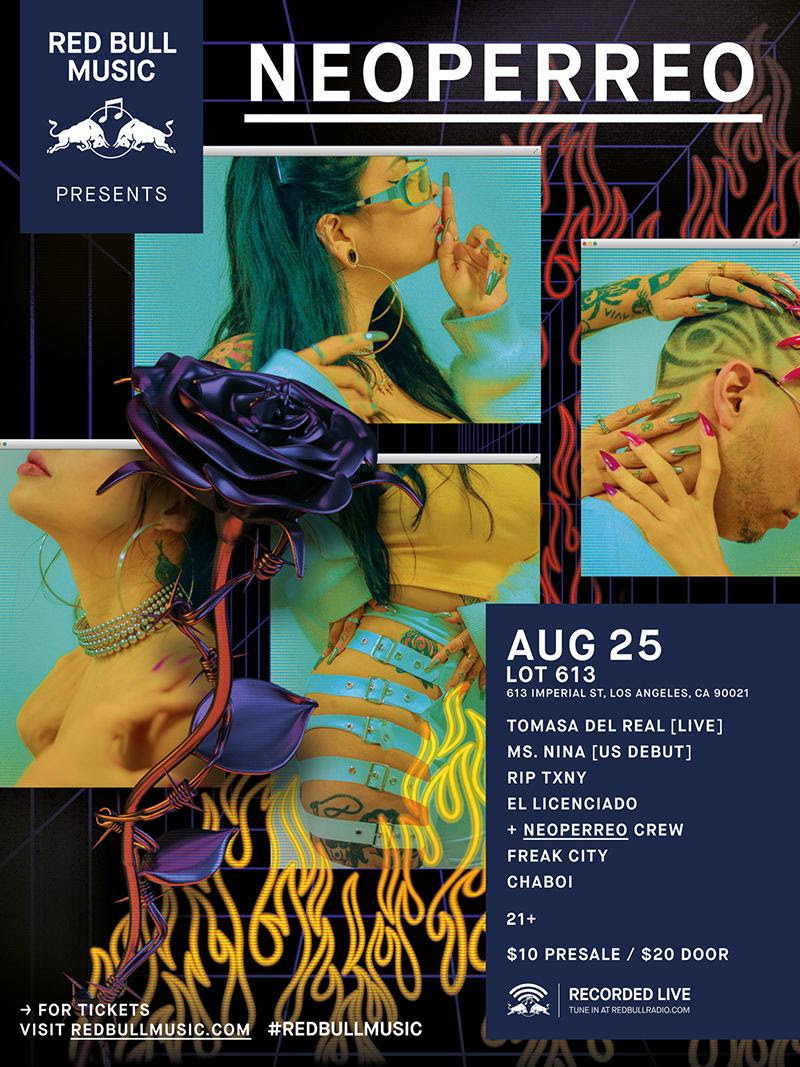 Tomasa Del Real, the Chilean reggaeton artist who helms the NeoPerreo movement, is set to perform at the show. Tomasa is credited as pioneering NeoPerreo – while working as a tattoo artist in Chile, she began making DIY reggaeton tracks. As her profile as a tattoo artist grew Tomasa’s unique style of music started to gain traction, leading to her performing at reggaeton shows across the world and eventually making music her main occupation. Tomasa de Real’s new album Bellaca del Año was released earlier this year through Nacional Records. You can watch her video for “Barre con El Pelo” here, and listen to the album on your favorite streaming platform.

Set to perform alongside Tomasa at the show is Ms. Nina, an Argentinian artist based in Spain who was the first NeoPerreo artists to garner a following similar to Tomasa’s.

The two will be joined at the show by several secret guests, and production will be handled by a group of photographers, motion artists, and stylists who are key players in the NeoPerreo scene. LA-based visual artist Randy Cano is working on promo and visuals, LA Fashion and music brand Freak City will have exclusive NeoPerreo merch and will perform during the event, and Ulises Lozano of Mexican band Kinky will also play at the show.

Tomasa will also be speaking about the show on Red Bull Radio’s Bien Buena with Uproot Andy and Riobamba. Listeners can tune in August 15 at 4PM EST on Red Bull Radio.
The show is set to take place in Los Angeles on August 25th at LOT 613.
Tickets available here.

Recycled Fashions Rule the Runway at the Festival of Arts